NOTE: Please find all Agenda related documents under the relevant Tabs below the Agenda.

You'll find reports, submissions, proposals and documents under the Tabs below. The reports and documents will be published as soon they have been received.

Amendments and additions to the submissions

Agenda has been sent to:

The first deadline for the National Classes is October 1st - Motions and nominations to be proposed at the AGM shall be submitted to the Class Administrator Piret Salmistu at piret@melges24.com not less than 8 weeks (56 days) before the date of the said AGM.

Motions, amendments and nominations for the AGM shall be proposed only by the Executive Committee, National Class Associations, the Technical Committee and World Sailing. If you have a proposal you wish to be considered by the AGM, you should urgently make contact with your National Class Association Officers and ask them to review your proposal and submit it on your behalf by the closing date.

If a World Council Member is unable to attend a meeting, his NCA may appoint a substitute for that meeting only. Such designations shall be in writing and received by the Treasurer/Administrator of the IM24CA prior to the meeting. Each NCA must inform the IM24CA Treasurer/Administrator of the name of their appointed World Council member or proxy substitute before the start of the AGM.

National Classes are also reminded that, as per Class Constitution, World Council representatives must be Full Members of the Melges 24 Class.

The PROXY FORM with the fields for voting the submissions is available at the AGM 2022 website under Tab “Forms”. 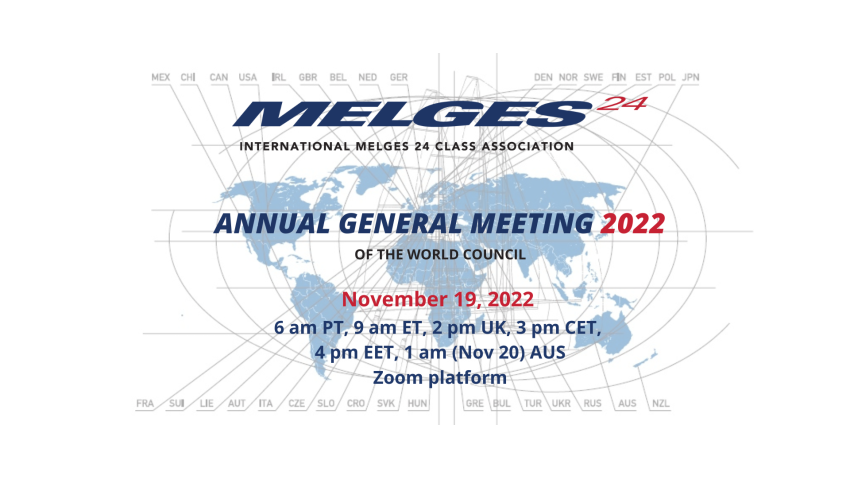