NOTE: Please find all Agenda related documents under the relevant Tabs below the Agenda.

You'll find reports, submissions, proposals and documents under the Tabs below. The reports and documents will be published as soon they have been received.

"Regarding the role of Treasurer, while we did not have anyone nominated by the deadline of September 18, we do now have a nominee which will be noticed to the World Council by the deadline of the revised agenda for the AGM and we will vote on that nominee during the AGM.

Regarding the role of Member Europe, if Michael Tarabochia (click on the name to read more about him) is the successful candidate for the role of Vice Chair Europe, there would then be a vacancy for the remainder of his term (one year) as Member Europe.  Our constitution says that “the NCA from which the departing Officer came shall nominate a replacement (who shall be an individual member of the NCA) for the remainder of the term and approval must be made by the World Council at an IM24CA EGM or AGM.”  Therefore, it would be up to the German class to propose a candidate for Member Europe;  if the German class does not have a candidate, then we would establish a process for accepting nominations for the one year position.  In either case, following the AGM, we would schedule an EGM to approve the candidate.  Please contact Laura Grondin if you have any questions about this matter."

We received a few proposals to amend IM24CA Regatta Regulations

Agenda has been sent to:

The first deadline for the National Classes is September 18th - Motions and nominations to be proposed at the AGM shall be submitted to the Class Administrator Piret Salmistu at piret@melges24.com not less than 8 weeks (56 days) before the date of the said AGM.  As noted above this deadline has been extended by one week.

Motions, amendments and nominations for the AGM shall be proposed only by the Executive Committee, National Class Associations, the Technical Committee and World Sailing. If you have a proposal you wish to be considered by the AGM you should urgently make contact with your National Class Association Officers and ask them to review your proposal and submit it on your behalf by the closing date. 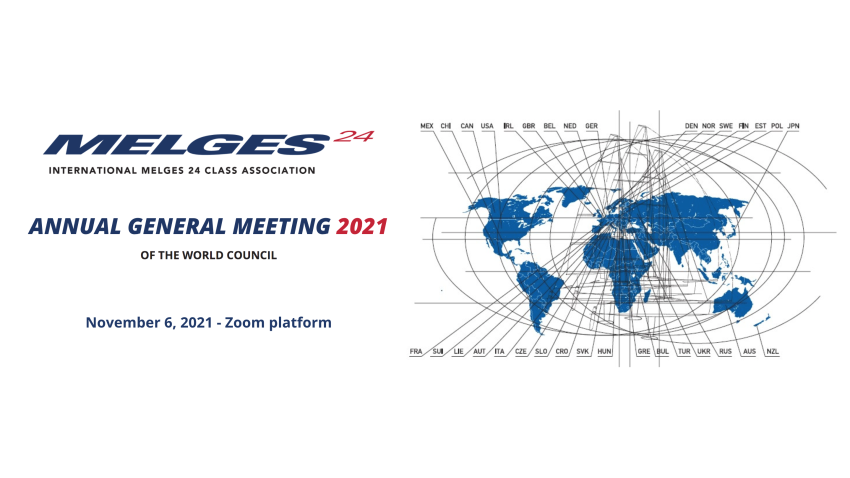