November 10, 2020 - The World Council of the International Melges 24 Class Association held its Annual General Meeting (AGM) virtually on November 7. Here’s a short overview of the voting results and decisions made.

Class Administrator Piret Salmistu introduced everyone on the call and Chair Laura Grondin welcomed everyone and made her report about the past year. She thanked all of the IM24CA officers and NCAs all around the world for their great work this difficult year.  She highlighted the tremendous work of the Technical Committee chaired by Mike Gozzard along with the group of people preparing the Class Rules and Constitution amendment proposals for the Open Technical Committee meeting first and then for the AGM.

All national class representatives made a short report about the Covid-19 pandemic affected year, where some countries have been lucky to hold regattas, while many could not. Annual class reports are available at the AGM website under tab “Country reports” and a longer overview will be given in the meeting Minutes..

Minutes of the 2019 AGM and 2020 EGM were accepted, both are available at the AGM 2020 website under the tab General reports and documents.

Financial, marketing, technical and builder’s reports were presented and the budget for 2021 was accepted.

IM24CA’s new website launched in February;  a detailed review of the website and the high level of activity of the visitors was reported. Social media engagement increased mainly on Instagram by more than 3000 followers, considered impressive given the lack of events. All reports are available at AGM website under their respective tabs.

The status of the organization was reported for the future events.

Regatta Director Randy Draftz was reporting from Charleston talking about the rehearsal event Melges 24 Charleston Open, which was held on October 23-25. A decision was made that the class will closely monitor the situation regarding the pandemic and a final decision will be made at the end of January 2021 as to whether or not the Worlds 2021 will be held in April. As discussed at the meeting, the unpredictable racing conditions and the approaching hurricane season would make it infeasible to move the Worlds to the fall in Charleston.  The organizers are working on the Notice of Race now to get that published shortly.

Randy encouraged any sailors participating in Charleston Race Week and the Worlds to replay TracTrac races of the Charleston Open to get a better idea about the course, the current and the sailing conditions etc. Also, he encouraged the teams from outside US to contact a very experienced event travel agent who was able to negotiate 100% refunds from the flights bought for the IJs and other officers for the 2020 Worlds. The information will be shared through IM24CA and event channels soon.

IM24CA Championship Coordinator David Bartol reported from Portoroz saying that they are in a bit better situation having the event at the end of the season hoping that the vaccine will be available by then. According to him, the pandemic will definitely influence not only sailing, but the finances, too. Portoroz will continue their preparations  for 2021. In case there will be a need to postpone the event again, then Portoroz would be ready to host Europeans also in 2022, but we really do not want to miss title events for 2 years..

It was agreed to make the decisions closer to the event in case the pandemic continues.

The Status report of the Melges 24 Worlds in Denmark, in 2022 or 2023, was presented by Soren Laugesen, the manager of GoSail in Middelfart, who was regatta director for the 2015 Melges 24 Worlds at the same venue. Together with the Danish Melges 24 Class Association the decision was made to move the Worlds from Aarhus to Middelfart for as it is a more favorable venue for the sailors and the class. The choice of dates at the end of June was made based on the less expensive hotel prices and availability, because the holiday season in Denmark starts in July.

The organizers are interested to show the Melges 24 outside the class with extensive media and to promote the class and sport. That means they are going to share everything that is happening in Middelfart to the class  as we approach the event. The Danish class has planned a series of events in Middelfart for 2021 already. There is marina development going on right now with building work to end in the mid of 2021. The facilities for measurement were discussed as well.

No reports were made about the following events, but the hosts are ready to postpone the events another year, as needed:

The following Class Rule Change proposals were accepted by AGM:

The World Council unanimously re-appointed Mike Gozzard from Canada to continue in the position of the Technical Committee Chair. Laura thanked Mike and everyone in the Tech Comm and other working groups for the tremendous work done during the past year.

The class has had much discussion regarding the regulation passed in 2018 around coach boats.  As Chair, Laura Grondin allowed a proposal to come forward at the AGM to correct the regulations so that this language that the class approved can be implemented. Mike Gozzard and Arto Kiiski explained the reasons behind the need to amend or correct the Coach and Support Boats Regulations. The language of the proposed regulation was accepted by the World Council.

The meeting was adjourned at 1:20 pm EDT 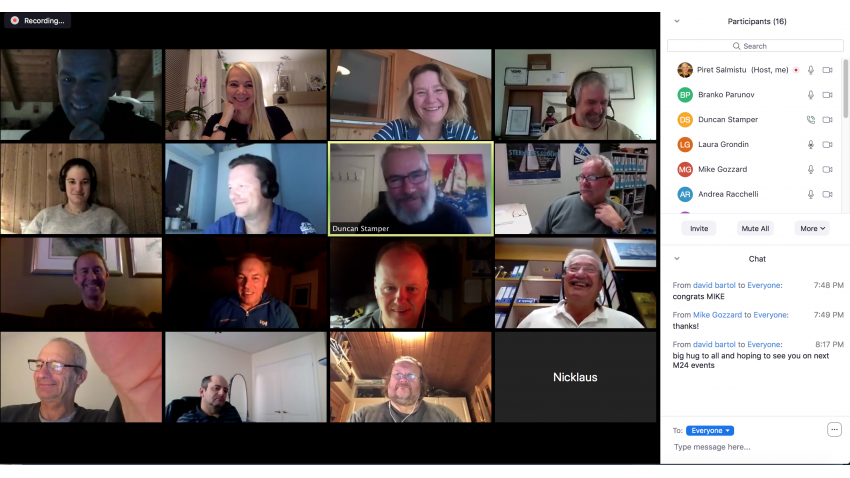 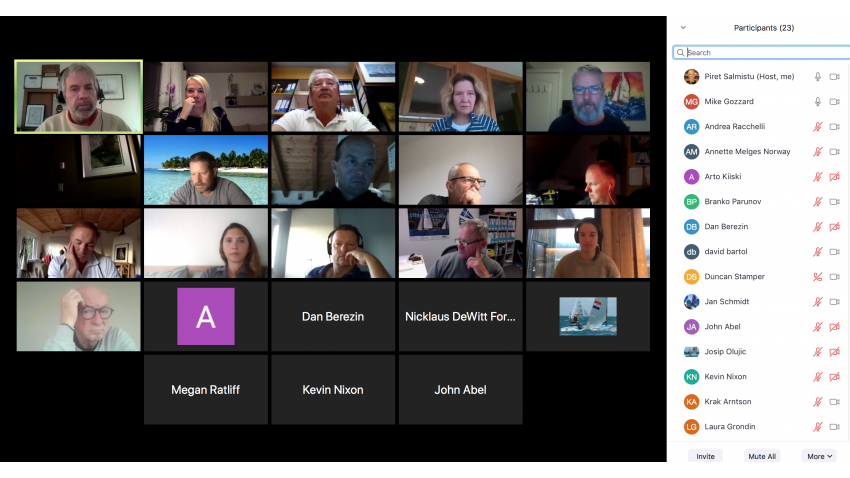 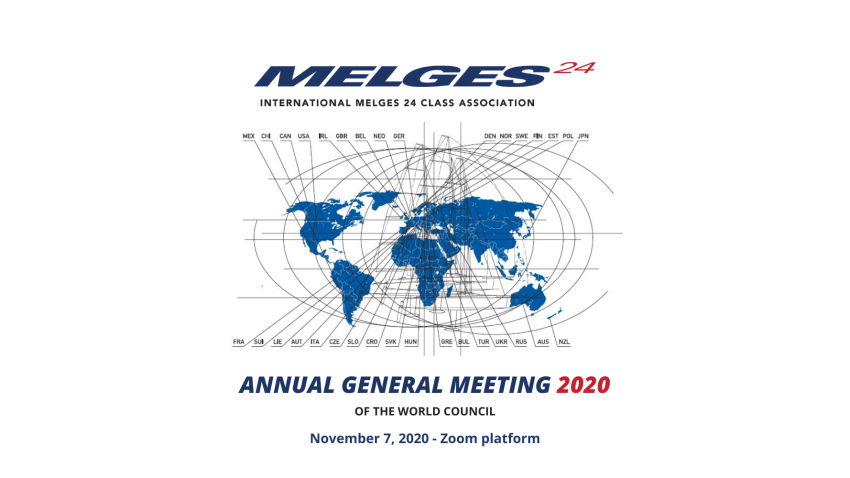