November 15, 2021 -  The World Council of the International Melges 24 Class Association (IM24CA), which consists of the National Class Association chairs and the IM24CA Executive Committee members from all around the world met virtually on November 6 for the Annual General Meeting to discuss the past Melges 24 season and what lies ahead in 2022 and beyond. 2021 season’s activities were reviewed along with electing Vice Chair Europe, Treasurer, choosing the venue for the European Championship 2022, approving the budget, rule changes and regulations that govern the Class.

The meeting was chaired by Chair Laura Grondin. All national class representatives from across Europe, Scandinavia, North America and Australia reported about the year which was still a lot impacted by the Covid-19 pandemic.

2021 saw the Melges 24 European Championship happening in September, hosted by the YC Marina Portoroz in Slovenia. This was the first event after two years since the Worlds 2019 in Villasimius, Italy, when the Melges 24 fleet returned to a racing for the continental championship titles. The World Championship due to be held in Charleston, SC, USA in April 2021 unfortunately fell victim to Coronavirus with overseas entrants unable to travel to join the event.

Bid proposals for future championships were presented, and approved for the 2022 European Championship is Yacht Club Italiano in Genova, Italy to be held on October 22-29.

Media & communications, financial and technical reports were presented and the budget for 2022 was accepted.

A number of proposals to change the Melges 24 Class Rules, mainly of housekeeping nature, were presented by the Technical Committee for 2021 and agreed by World Council. In addition to that, the class rule changes were approved by the World Council at the September Extraordinary General Meeting that are necessary to allow for the new mast design by Selden to conform to our class rules. Selden Masts UK has re-engineered their first 2 prototype spars and now has all the data required to build an approved Melges 24 mast including class specified stiffness limits. All that remains now is on the water testing and approval by Melges Performance Sailboats as per the builder’s specification.

US Melges 24 Class proposal to adopt the 2015 M/24 design of the Melges 24 Class Signal Flag, for use as the official class warning flag for fleet racing was discussed and it was decided to be adopted at the world and continental championships.

The position of Vice Chairman Europe in IM24CA Executive Committee has been filled by newcomer Piero Andolina from Sicily, Italy, the owner of Magica ITA764, full member of the class since 2009. Although a newcomer to the Executive Committee Piero has represented the Italian Melges 24 Class Association at the World Council meetings in 2011 and 2019. Stepping into the role of Treasurer is outgoing Vice Chair Europe Miles Quinton having been already served on the IMCA Executive Committee for six years.

The World Council unanimously re-appointed Mike Gozzard from Canada to continue in the position of the Technical Committee Chair.

Enthusiasm is high for Melges 24 racing in 2022 ranging from national level to title events!

All reports, rule changes and other associated documents are online at www.melges24.com/agm2021 under their respective tabs. Longer summary available here. 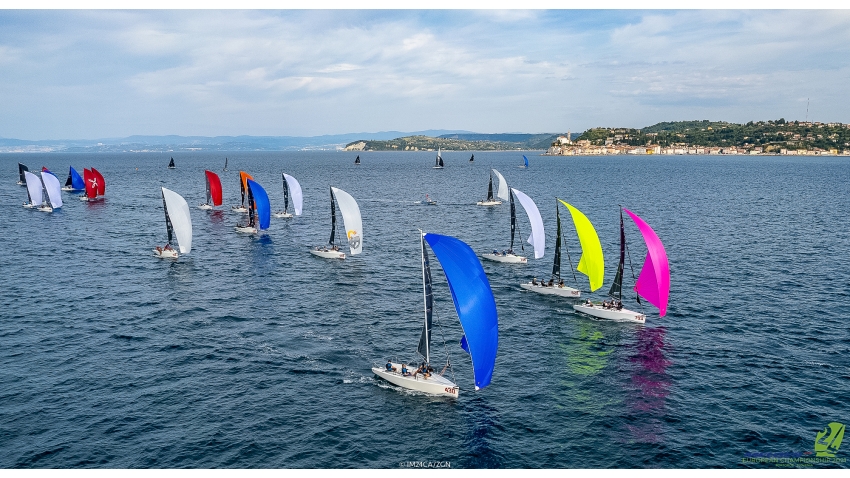 Melges 24 European Championship 2021 in Portoroz, Slovenia in the picturesque bay of Piran 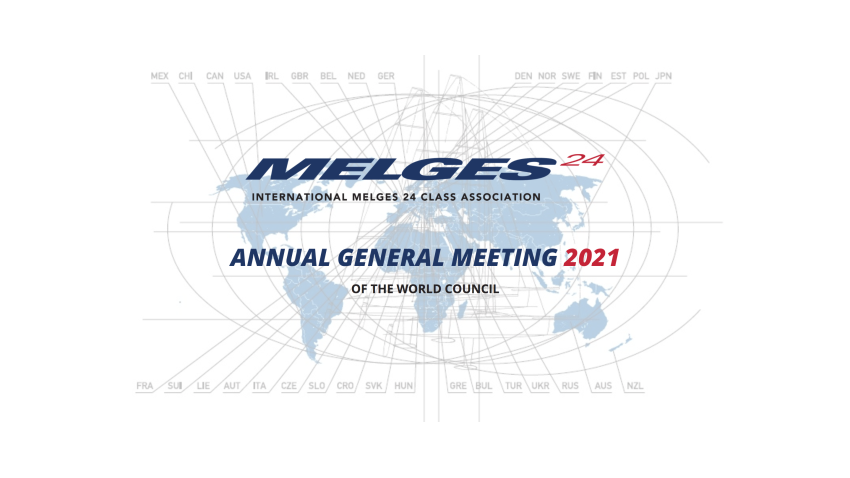