October 01, 2021 - Trieste, Italy - Seventeen Melges 24 teams, from five nations, are competing for the final ranking points at the final event of the 2021 Melges 24 European Sailing Series, which opened on Friday the world-famous regatta Barcolana week in Trieste, Italy. Paolo Brescia’s Melgina, from Italy, leads overall after taking two bullets and second place on the first day. In fact, the top three are all Italian boats with Alberto Venuti’s Skorpios in second and Sergio Caramel’s Arkanoe by Montura third.

First day of the regatta started with the Skippers’ Meeting at the terrace of the hosting club Società Triestina Sport del Mare at 11 am, where the Race Committee, Technical Committee and Jury were briefing the teams and IM24CA Vice Chair Europe Miles Quinton and regatta Barcolana’s internationalization manager Dean Bassi welcomed all Melges 24 sailors in Trieste and invited them to enjoy this final event of the Melges 24 European Sailing Series, as well as the particular events like Barcolana One Design and Barcolana by night during the Barcolana week.

Three races were sailed in lighter and tricky winds, dropping down after the second race. After some waiting and a major wind shift, when the Race Committee very quickly managed to rearrange the course, the third race was sailed late afternoon.

The first attempt to start Race 2 ended up with a general recall and Uniform flag displayed for the second attempt. Again, Melgina led after the first lap, but this time from Desiro Damiano’s Ariel, from Italy, and Alan Mahne Kalin’s Pac-Man, from Slovenia, both are Corinthian teams. Not much changed on the second lap, with Melgina taking a second win, now from Il Grigio of David Tomasin followed closely by Desiro Damiano’s Ariel.

In Race 3 Sergio Caramel’s Arkanoe by Montura, sailing without tactician Karlo Hmeljak this time and as a Corinthian team, found their path and speed down to the finish to take the race win, while the early leader of the regatta, Paolo Brescia’s Melgina finished second and Melges 24 European Silver 2021, Miles Quinton’s Gill Race Team, from UK, steered by James Peters, climbed to third.

Paolo Brescia said: “The winds were shifty, but the pressure was pretty predictable to see. I think, we were lucky to be on the right side in the first race. The second race was quite the same, and we had to manage the shifts, but at the end it was a lucky day for us and we had nice conditions with Borino wind here in Trieste.”

Tactician of Melgina, Simon Sivitz added: “First of all, congratulations to the Race Committee, who managed very well these difficult conditions. The first race was pretty tricky, but at the end we had three nice races, keeping in mind that also the forecast was a bit strange for today. Before the third race we had the sea-breeze changing the direction 180 degrees and the Race Committee managed to change the course very quickly.”

Racing is set to commence at 12.00 on Saturday. 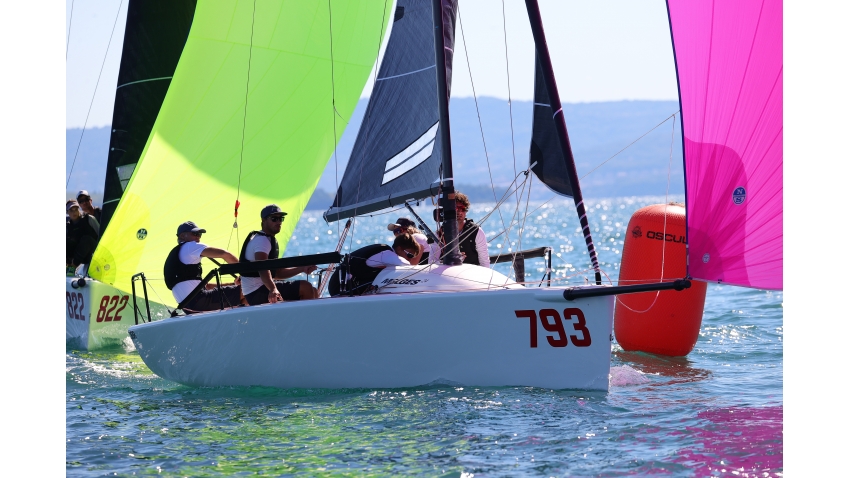 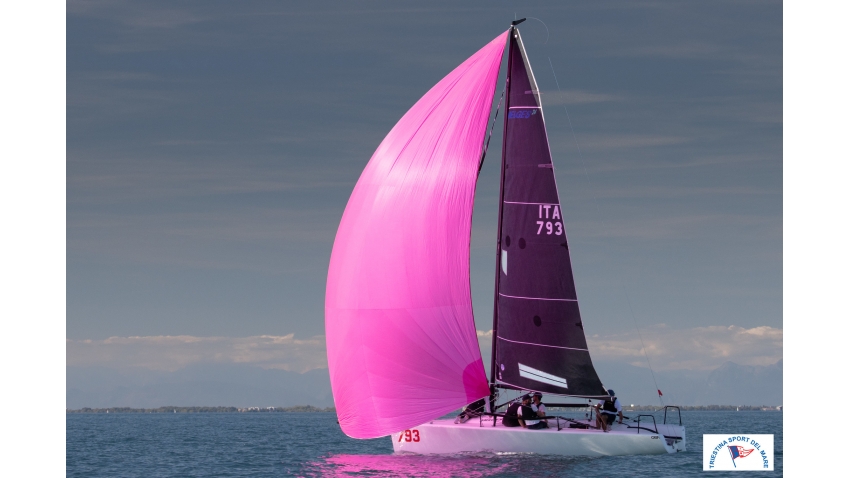 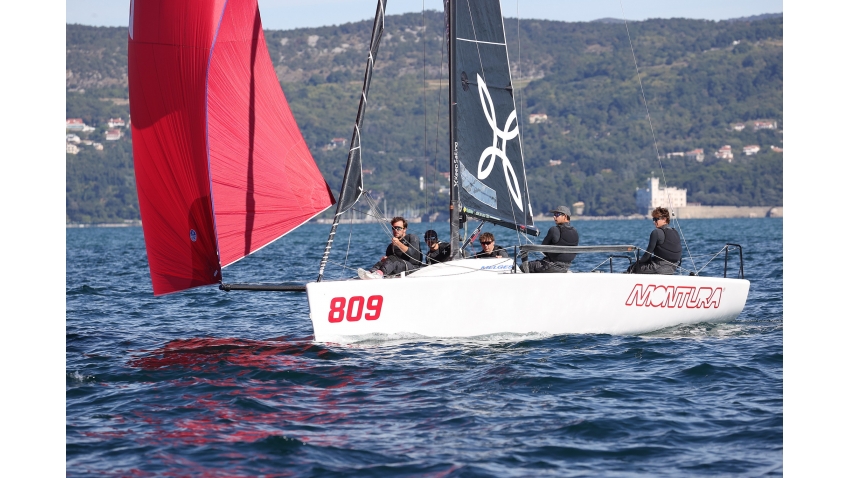 Sergio Caramel's Arkanoe by Montura ITA809 (10-6-1) takes the bullet from third race on Day 1 and is seated third at the final event of the Melges 24 European Sailing Series 2021 - Trieste, Italy 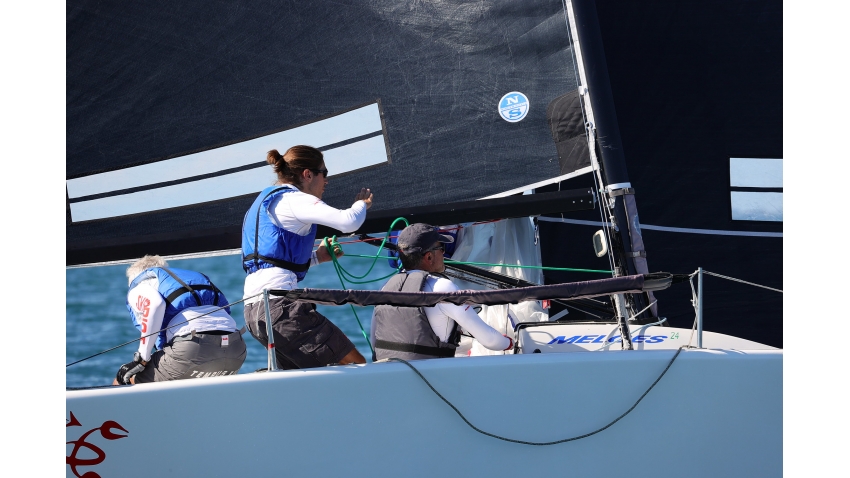 Alberto Venuti's Skorpio ITA454 (4-5-7) is on the second position overall, being the best Corinthian team on Day 1 at the final event of the Melges 24 European Sailing Series 2021 - Trieste, Italy 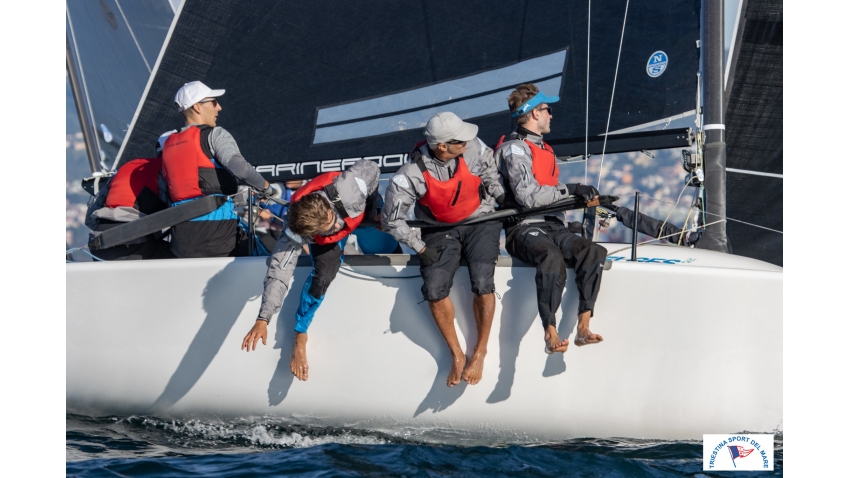 Michael Tarabochia's White Room GER677 (2-10-6) steered by Luis Tarabochia is seated on the fourth place in overall, being the third ranked Corinthian team after Day 1 at the final event of the Melges 24 European Sailing Series 2021 - Trieste, Italy 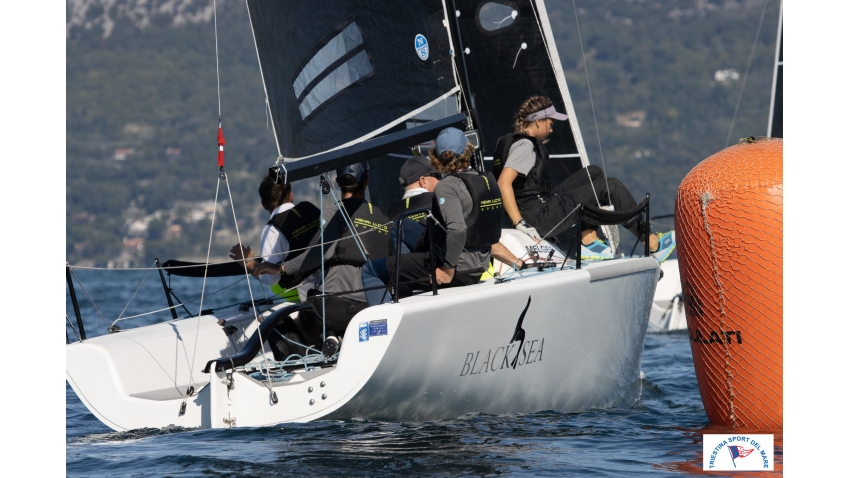 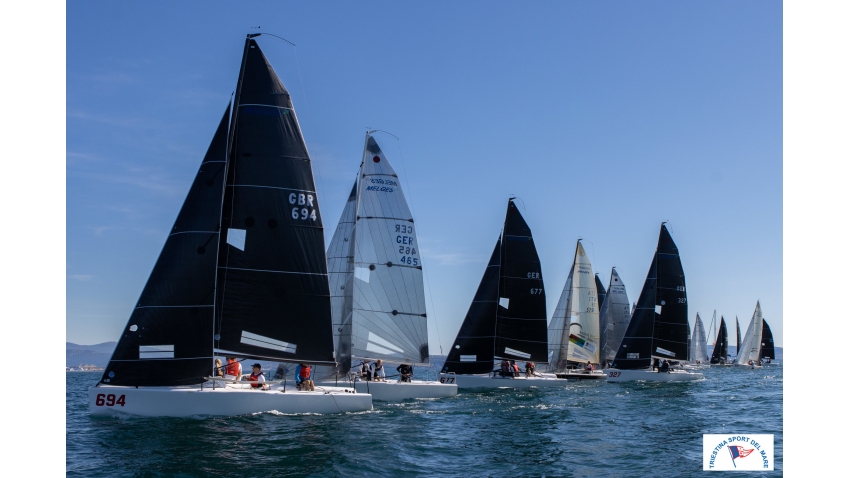