August 20, 2021 - Riva del Garda, Italy - Lake Garda does not betray expectations and the third Event of the Melges 24 European Sailing Series 2021 and Act 5 of the Italian Melges24Tour opens with the dispute of four races that allow Fraglia Vela Riva, organizer of the event, to make already valid the event just at the end of the first day and to celebrate the leadership of Nefeli (today 3-1-1-2).

The hull of German Peter Karrié, who on this occasion sails with Italians Niccolò Bianchi, Alessandro Saettone, Francesco Coari and Saverio Cigliano, built a good margin on all the pursuers, led by an Altea (9-2-2-1) who ran into a first race marked in negative by the choice to sail the first windward leg on the left of the race course.

Seven lengths off the tread, Andrea Racchelli did not struggle too much to keep Melgina (1-5-8-6) of Paolo Brescia able to win the initial race and the reigning Corinthian World Champions of Marco Zammarchi’s Taki 4 (5 -3-6-7) aboard which is the already three-time Opti World Champion, as well as Rolex World Sailor of the Year, Marco Gradoni, on his first experience in one design.

While Taki 4 is confirmed as the leader of the non-professionals crew, the provisional top five is completed by Sergio Caramel's Arkanoé by Montura (6-4-9-3) and of the tactician Karlo Hmeljak, fresh winner of the ORC Class C World Championship in Tallinn, pinched in OCS during the first race, then closed in sixth position despite the time lost.

The third fraction of the Melges 24 European Sailing Series will continue on Saturday: the Race Committee plans to run three more races in order to complete the program early Sunday morning and allow participants to leave the Garda Lake in the early afternoon and thus escape some big traffic announced in all the Italian highways. 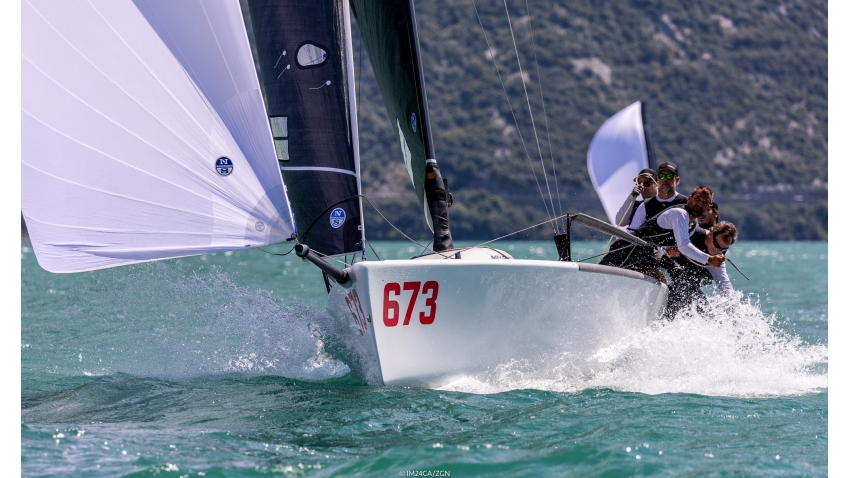 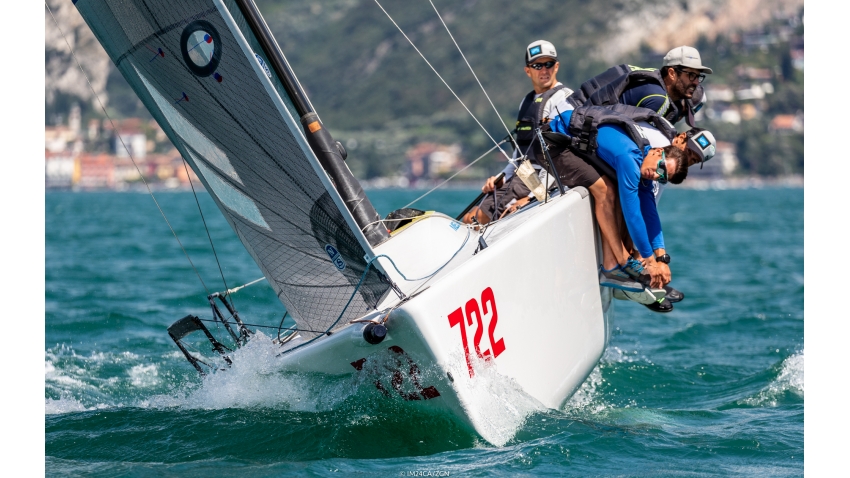 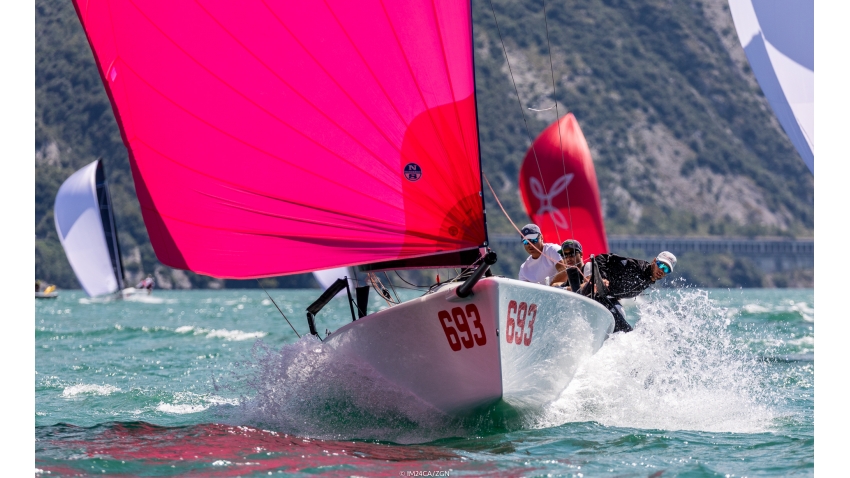 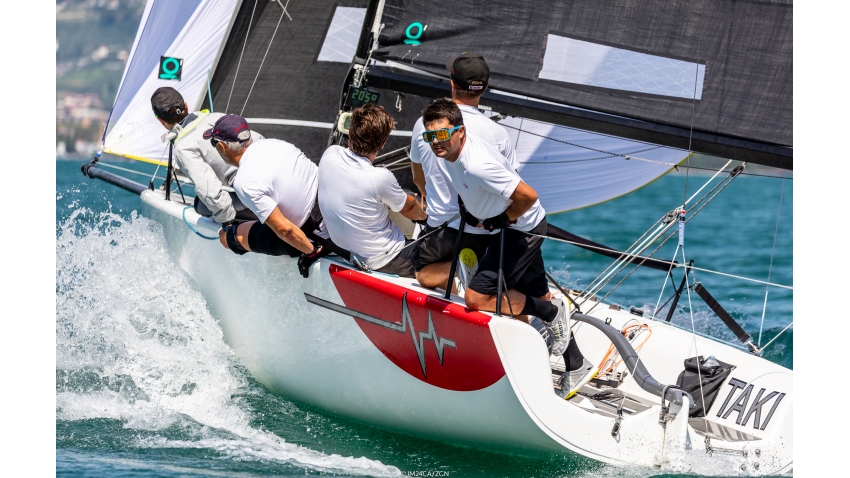 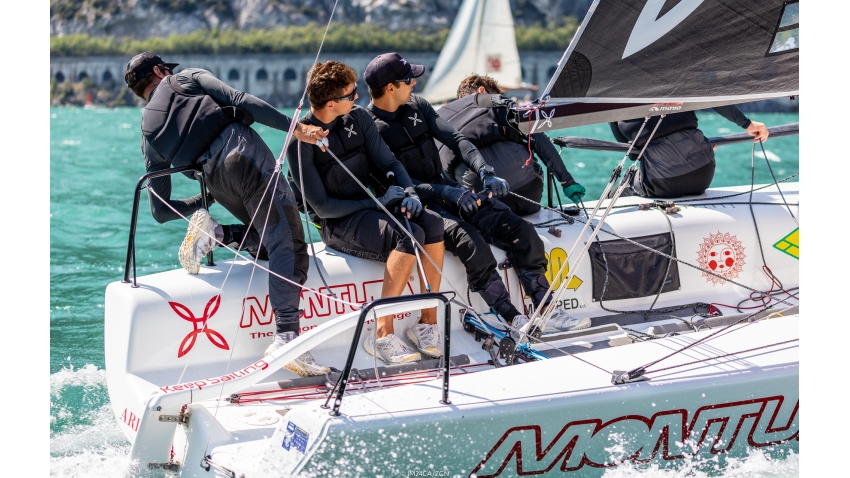 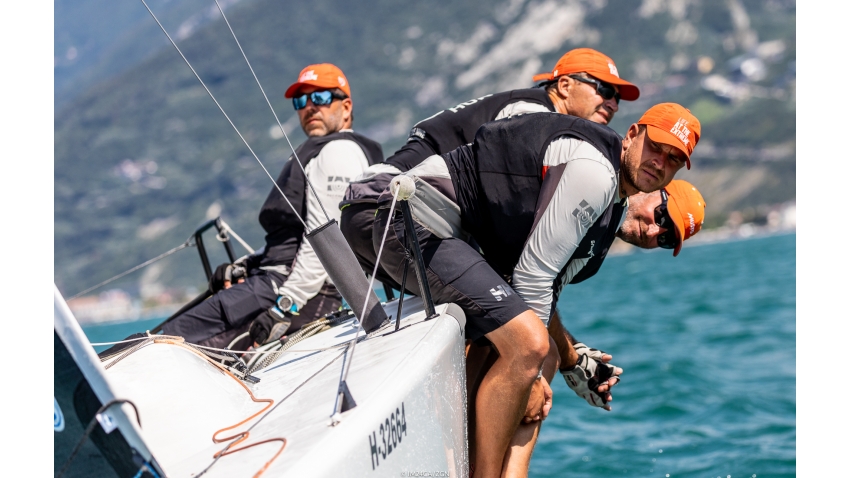 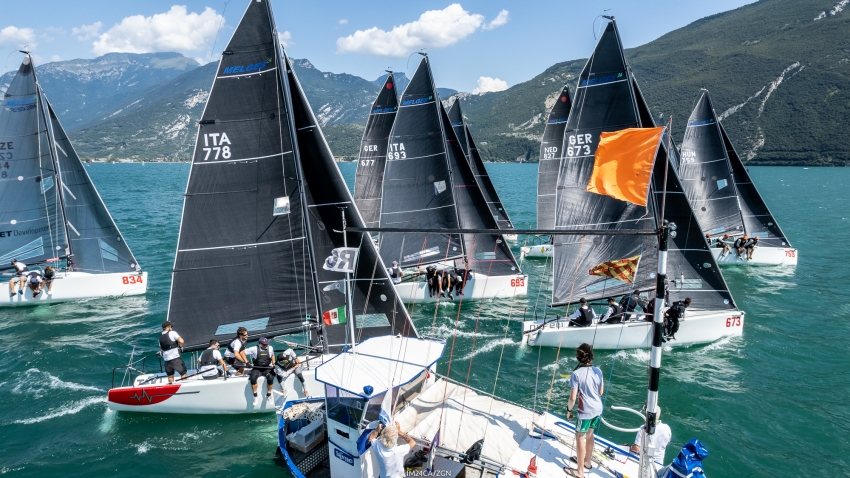 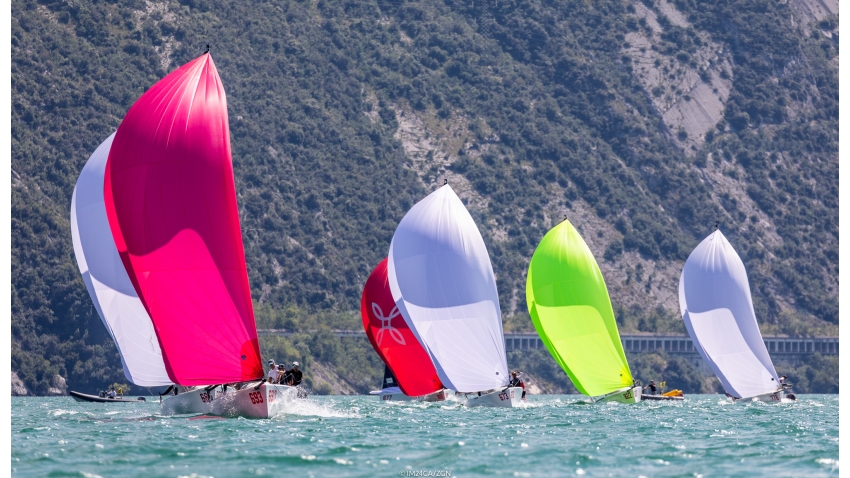