An awesome season for the Italian Maidollis and Taki 4: they are also the winners of the 2019 Melges 24 European Sailing Series

October 22, 2019 - Melges 24 European Sailing Series 2019 concluded with the 22nd edition of the Melges 24 World Championship in Villasimius, Sardinia, Italy a bit more than week ago. After five events held in Portoroz, Malcesine, Riva del Garda, Scarlino and Villasimius, the winners of the Melges 24 European Sailing Series 2019 turned out to be the same teams as the new Melges 24 World Champions - Gianluca Perego's MAIDOLLIS in overall ranking and Marco Zammarchi's TAKI 4 in Corinthian division.
FULL PRESS RELEASE
86 teams from 18 nations, including 52 Corinthian teams, were taking part to the five regattas held throughout the season. The total of 34 single races were sailed and for the scoring 5 discards came into play. This season five teams participated at all five events. Not missing any of the 34 sailed single races Marco Zammarchi's Taki 4 from Italy; Miles Quinton's Gill Race Team from UK, Akos Csolto's Seven_Five_Nine from Hungary, Vasyl Gureyev's Arctur from Ukraine and Thomas Beck's Phonobloc from Germany.
If before the final event of the series the ranking saw in Top 3 three Italian teams neck to neck, then after the Worlds the same teams remained on top of the ranking, just the cards were shuffled during the Worlds. With the Worlds' victory, now reigning European and World Champion Maidollis ITA854 confirmed its superiority as the best Melges 24 team in the world currently. 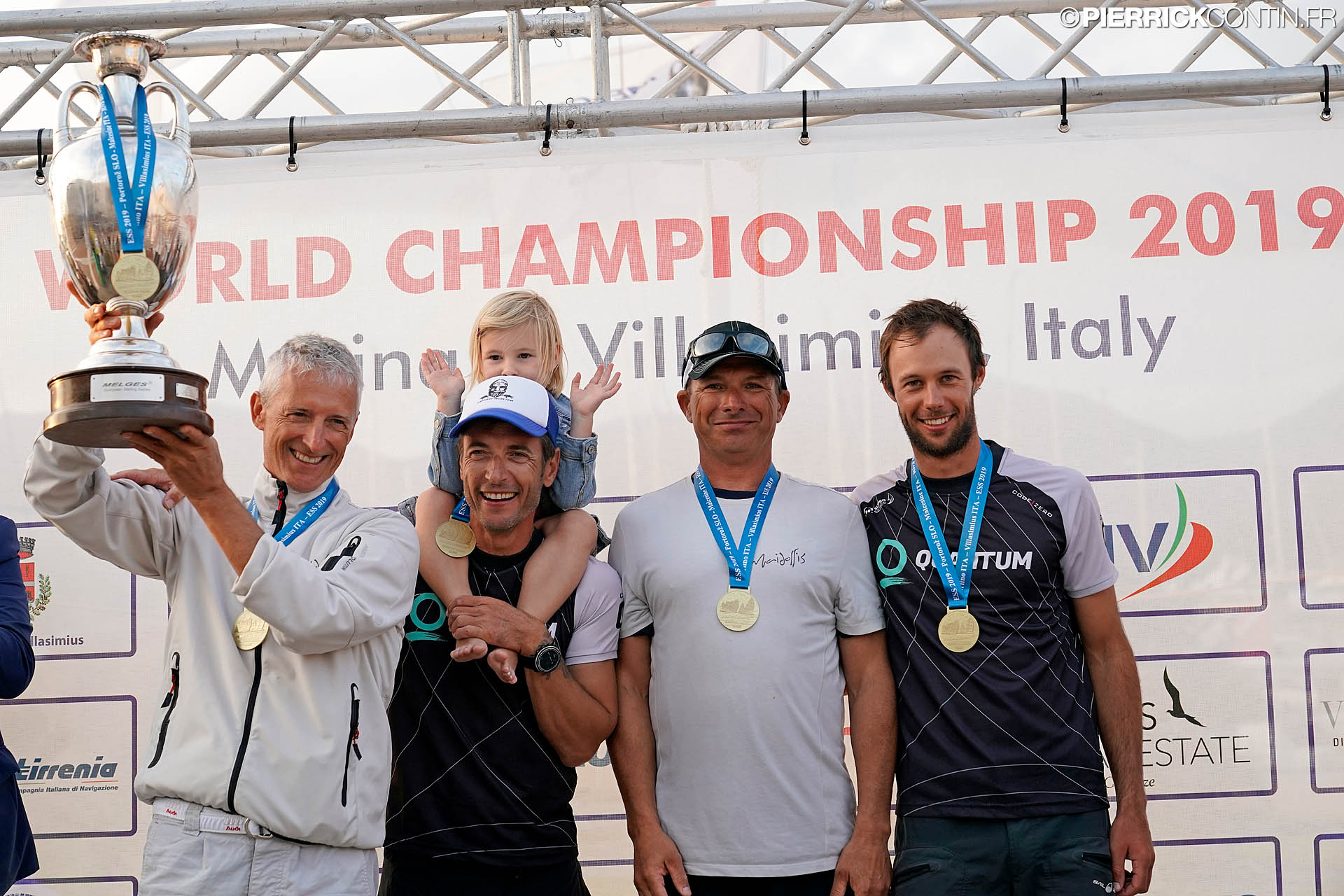 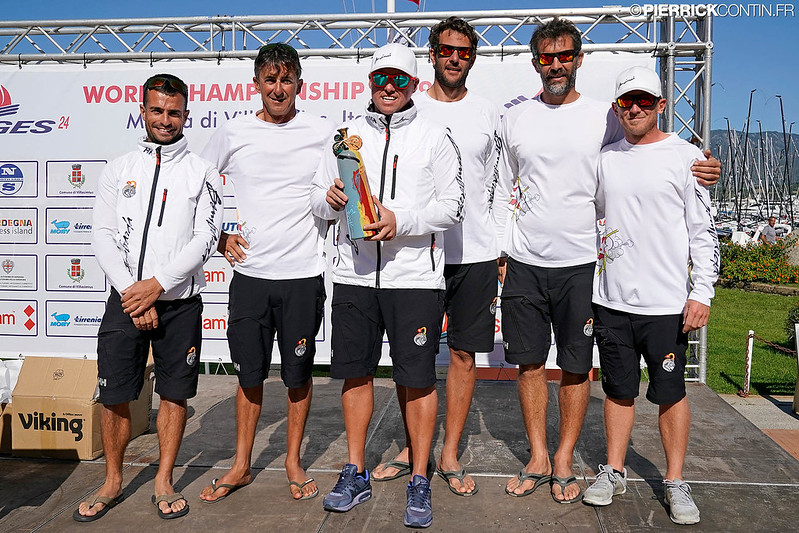 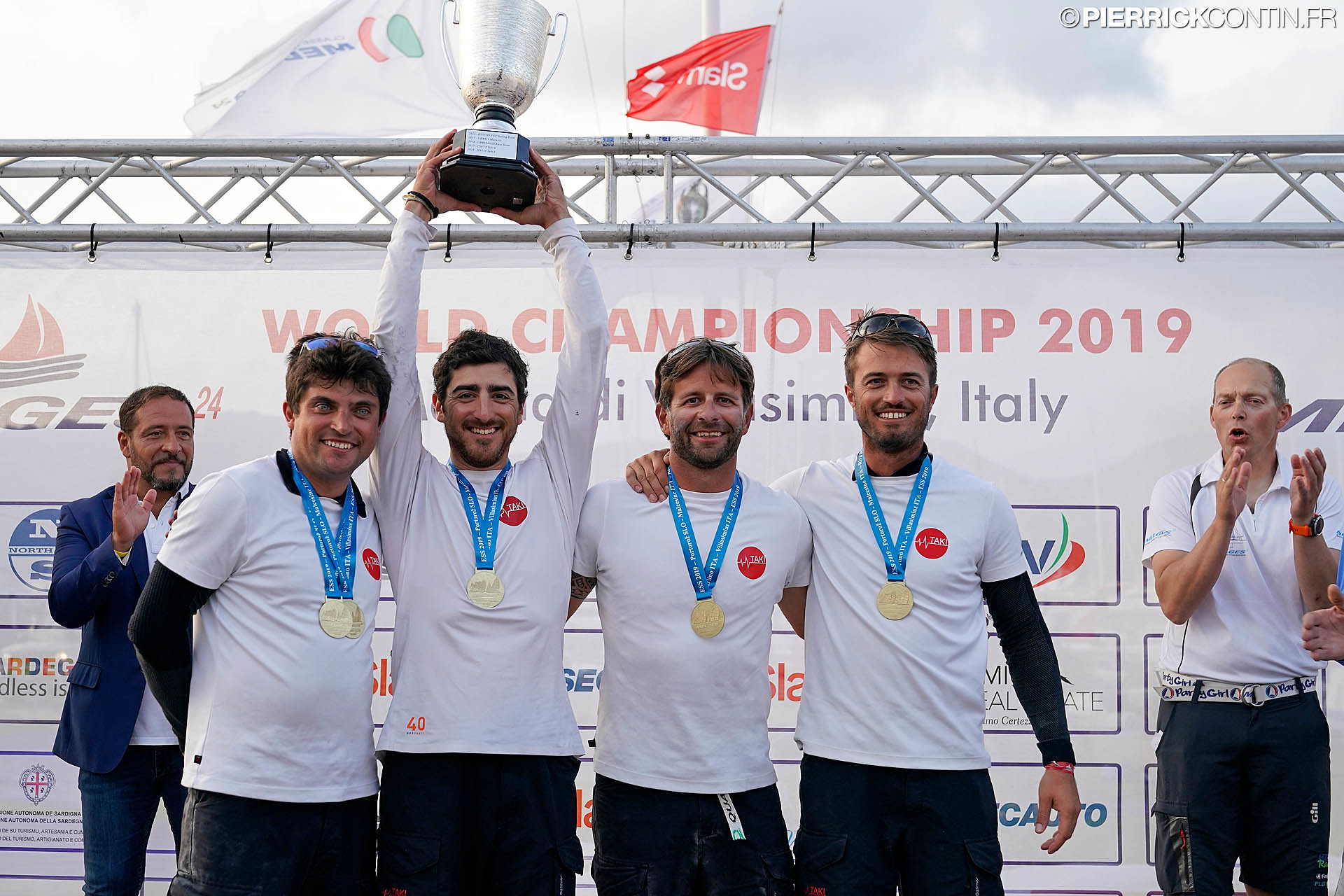 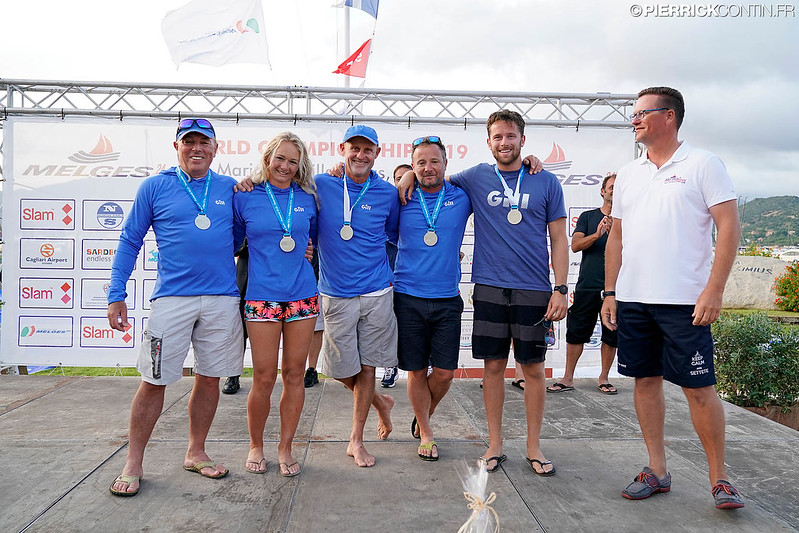 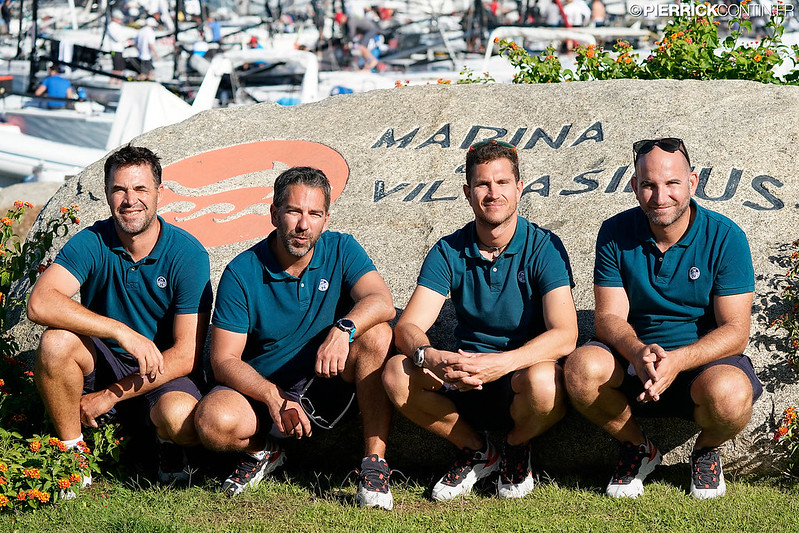 HUN759. Photo © Pierrick Contin/IM24CA
Similarly, not missing any events of the series, took the sixth place in the overall ranking and completed the Corinthian podium Akos Csolto's Seven_Five_Nine HUN759.
In Corinthian division, the winners of the seasonal events have been: Tõnu Tõniste's Lenny EST790 in Portoroz and Riva del Garda, Miles Quinton's Gill Race Team GBR694 in Malcesine, Marco Zammarchi's Taki 4 ITA778 in Scarlino and Villasimius.
It's great to see new teams joining or some coming back to the Class, which only proves that even being twenty-six years old, the Melges 24 is still the gold standard. We saw a great competition at the Worlds in Villasimius and because it was at the end of the season, all teams had a great chance to be as good as possible to fight for the title, and the podium places were not decided until the final race.
Top 10 of the 2019 Melges 24 European Sailing Series with all crew through the season:

Overall ranking results of the 2019 series