November 11, 2022 - Pensacola, FL, USA - Christmas came early for 34 Melges 24 teams on opening day of the 2022 National Championship hosted by the Pensacola Yacht Club. Absolutely stunning conditions greeted teams as they arrived on the course and it stayed that way throughout the four races completed. The day started with a building 13-15 knots of breeze, and by the second race, it was hitting a steady 20+ knots with pockets of wave action. 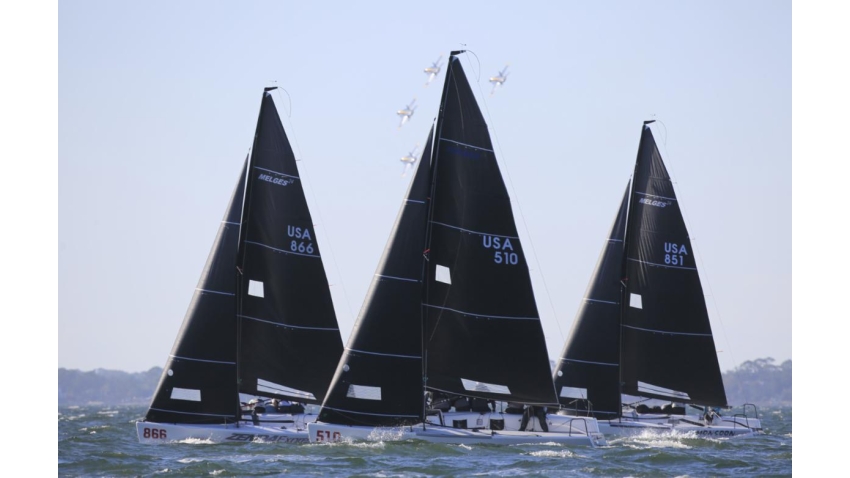 Adding another layer of excitement were the U.S. Navy's Blue Angels, high above the race course practicing their highly skilled flight maneuvers. What a perfect way to commemorate and celebrate Veteran's Day here in the USA! 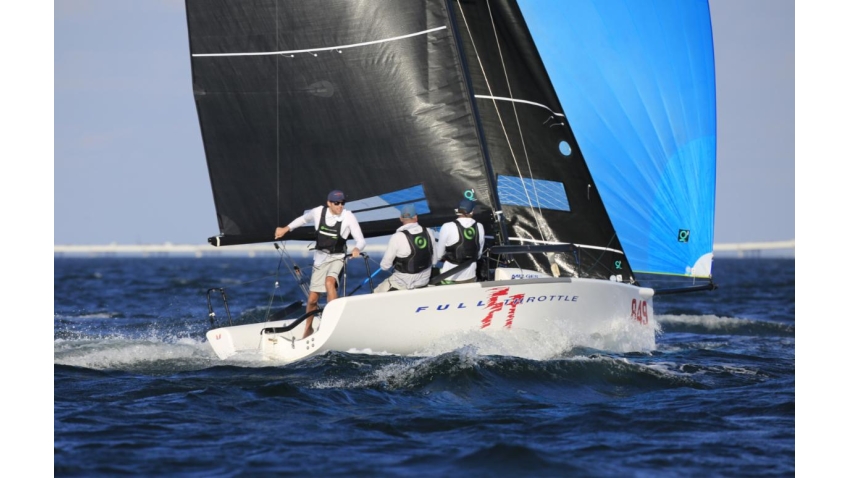 Defending Melges 24 U.S. National Champion Brian Porter at the helm of Full Throttle got the daily job done with a 1-2-4-4 scoreline placing him in first place overall. Porter likes it when the breeze picks up. 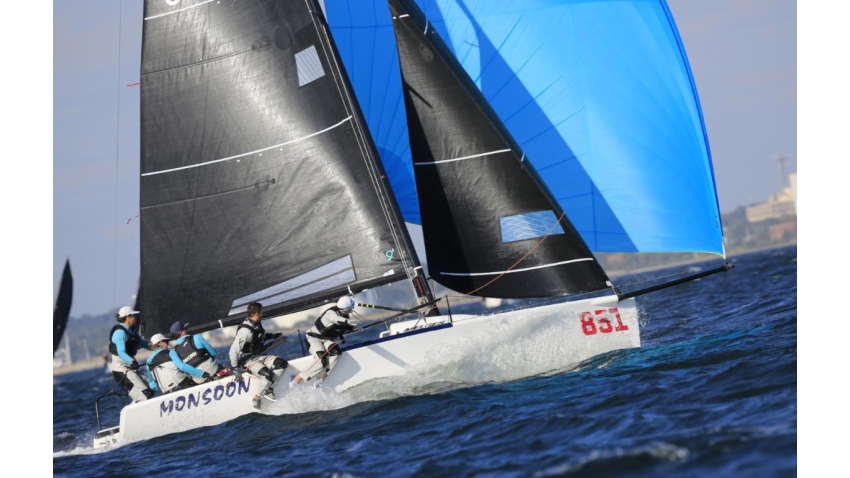 It is a toss-up between second place Bruce Ayres' Monsoon and Harry Melges IV's Zenda Express (third place) as to who is Porter's biggest rival. By the looks of the cumulative results, Porter also needs to a keep close eye on Drew Freides' Pacific Yankee trailing by 6 points, which is a mighty short spread by Melges 24 standards. 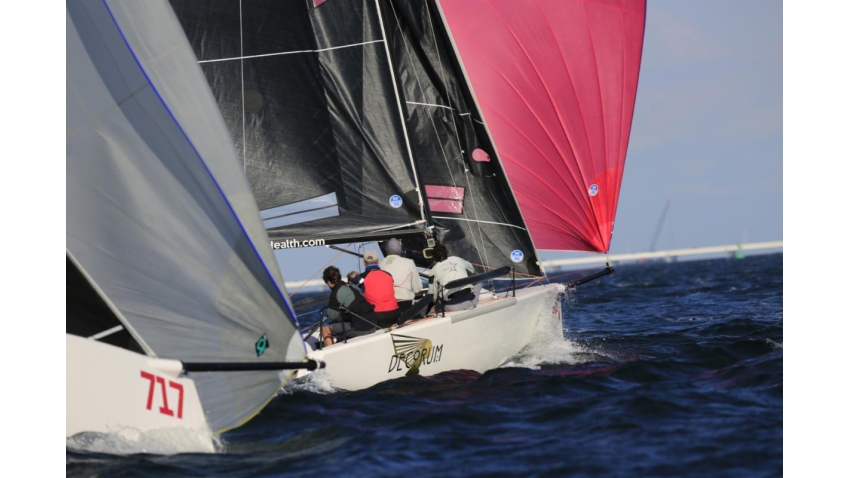 Megan Ratliff's Decorum is no stranger to victory in the Corinthian division, and Friday's performance proved she can win the all-amateur title
USM24CA

The Corinthian division was hot to go with Megan Ratliff's Decorum taking the overall lead of the all-amateur division. Seated 13th in the open standings, Ratliff, with her brother Hunter as driver, commented at the start of the day that the level of competition at the Pensacola Nationals is very high. That this championship can be won by a number of boats. 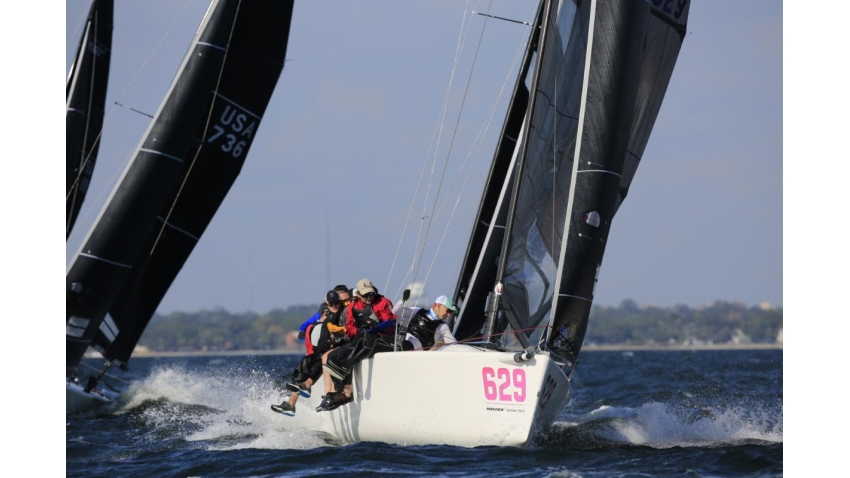 2022 Corinthian Canadian National Champion Dan Berezin on Surprise punched it hard on Day One of racing in Pensacola to land third overall in the all-amateur division.
USM24CA

Racing continues on Saturday, Day Two of the National Championship with more of the same breeze on conditions, however we may see the warm sunshine fade as a cold front prepares to move through on Sunday. 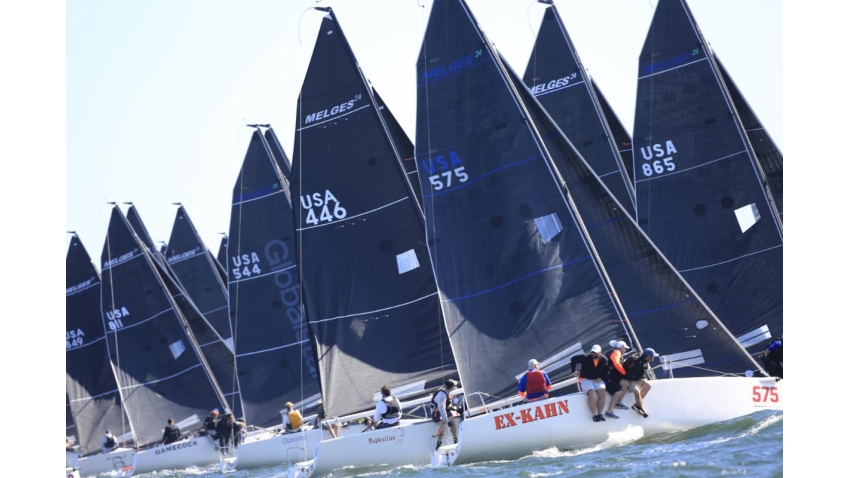 2022 Corinthian Canadian National Champion Dan Berezin on Surprise punched it hard on Day One of racing in Pensacola to land third overall in the all-amateur division.