October 13, 2021 - Pensacola YC, FL, USA -  The Melges 24 Bushwhacker Cup is living up to its reputation as a competitive, fun regatta. With one month to the first warning, entries are equal to the numbers in the previous Pensacola event.

Following a great Melges 24 US Nationals in the Detroit area, with 22 boats competing, the racing focus now shifts south, to Pensacola YC in Northwest Florida. The combined Gulf Coast & Atlantic Coast Melges 24 Championship sailors, plus other national and international sailors not only race for regional honors; but also for the overall prize, the Bushwhacker Cup.

The Bushwhacker Cup is the final event of the 10-regatta US Melges 24 Class National Ranking Series, too.

After a practice day Nov 12th, wind willing, up to 10 races are scheduled for two days of racing on Pensacola Bay. PRO Hal Smith has a knack for getting in quick, back to back races that make sailors earn their dockside Bushwhackers back at the Pensacola YC sailing center.

As of this week, 20 boats had already registered. Pensacola YC and the US Melges 24 Class Association are shooting for 30 total entrants. The NOR, Registration and the up-to-date competitor list is available on Yacht Scoring: https://yachtscoring.com/emenu.cfm?eid=14722

“But all bets could be off once the first warning sounds.” Pace added. “There are some very strong sailors on the start line. We are hoping that our new home town Melges 24 Phoeniceus, owned by Pensacola YC members Nathan and Jennifer Simonson, will be on the Corinthian podium… a dark horse. “

The 2021 Bushwhacker Cup is the first step toward the 2022 Melges 24 World Championships scheduled for May in Ft. Lauderdale. In December after Pensacola sailors will move to Miami for the Bacardi Series, racing in Key West and St Petersburg and then back to Miami for the Bacardi Invitational then up to Charleston Race Week and back down to the Worlds. Then the 2022 Melges 24 National Championship will be held in Pensacola in conjunction with the third edition of the Bushwhacker Cup.

The racing area is a matter of minutes from the Bayou Chico channel and the Pensacola YC marina. That’s close racing… more racing and less transit time.

In summer months, sailors find a daily sea breeze that builds from a mid-day southeasterly to the afternoon 12-15 knot southwesterly they love. In other seasons, the winds are determined by frontal passages, temperature variables, sunshine and other factors. Tides are minimal, about one foot to one and a half feet.

Pensacola Bay is naturally deep with a white sand bottom. The water is clean, seasonally warm and just choppy in a breeze, but not often rough. The east-west shoreline in downtown Pensacola to the north is perfect for stadium regatta spectating.

All sailors— race or cruise— are invited to come sail on Pensacola Bay. Organizers of both amateur regional, national or international sailing championships and professional sailing events should contact Pensacola Yacht Club to discuss racing on beautiful Pensacola Bay. http://www.pensacolayachtclub.org

Pensacola Yacht Club is a championship sailing venue located on approximately 22 acres at the mouth of Bayou Chico just west of downtown Pensacola, Florida. Part of that area is approximately 250 feet of sparkling white beachfront property on Pensacola Bay adjacent to the club marina in Bayou Chico.

In 2021, Pensacola YC has returned to its national and regional regatta program. The club welcomed the North Gulf Challenge (St Petersburg to Pensacola) in April, the Catalina 22 National Championships in May, and looks forward to the rejuvenated WFORC, in October, and of course the Bushwhacker Cup in November.

Pensacola YC stages local regattas throughout the year and offers a youth Summer Sailing Camp in the summer and both youth and adult sailing instruction year ‘round. 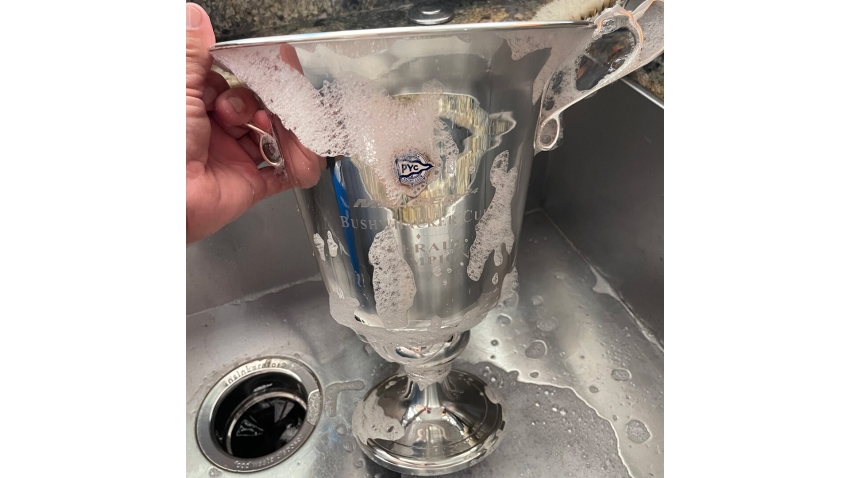