July 20, 2019 - Scarlino, Italy - Day two of racing just came to the end in the Italian race course of Scarlino (Tuscany) and, with three more races completed, the head of the ranking of the fourth act of the Melges 24 European Sailing Series is unchanged: Maidollis by Gian Luca Perego keeps in fact leading the fleet with extremely consistent performances (2-1-6 today) and a net total of 10 points (the discard of the worst result of the series came into play today upon completion of the fifth race). 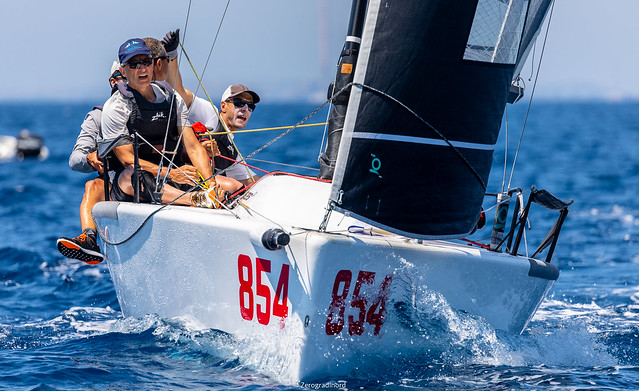 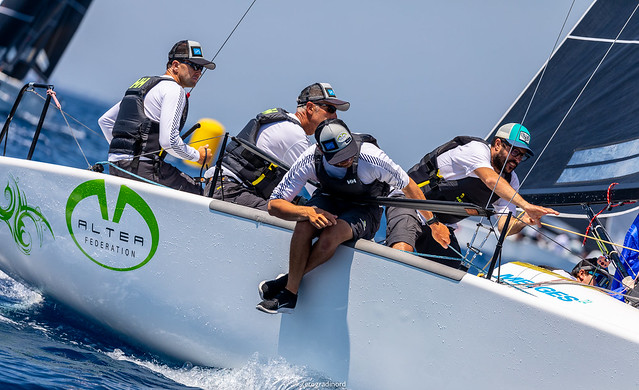 Altea ITA722 of Andrea Racchelli - photo @IM24CA/ZGN
The second place of the ranking is for the World Champions onboard Altea by Andrea Racchelli, boat of the day in this second day in Scarlino, with excellent partial scores of 1-2-3; provisional bronze medal for another Italian crew, Melgina (3-8-1) by Paolo Brescia, winner of the third and last race of the day. Bombarda by Andrea Pozzi (9-6-2) is fourth with 24 points. 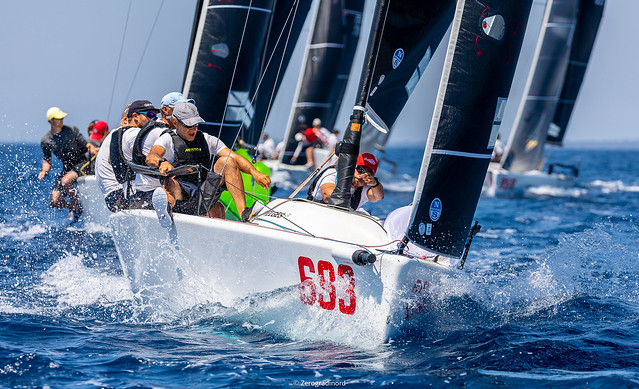 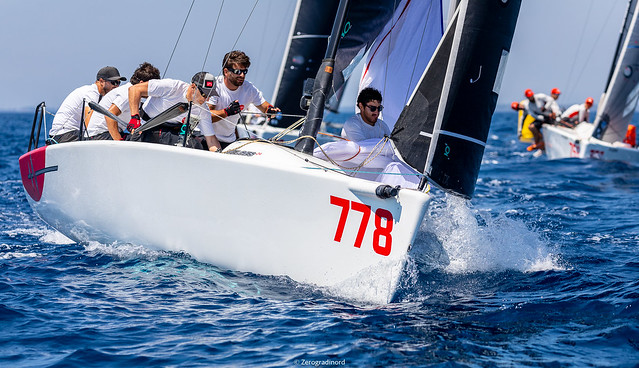 Taki 4 ITA778 of Marco Zammarchi - photo @IM24CA/ZGN
The Corinthian division sees a great comeback by Taki 4 of Marco Zammarchi, who climbs up to the fifth place of the overall ranking with 7-3-5 as daily results and becomes the new leader of the Corinthian fleet, where the second place is occupied by Arkanoè by Montura (10-9-7), seventh overall, and the third place is for Hungarian Seven-Five-Nine (8-13-4). 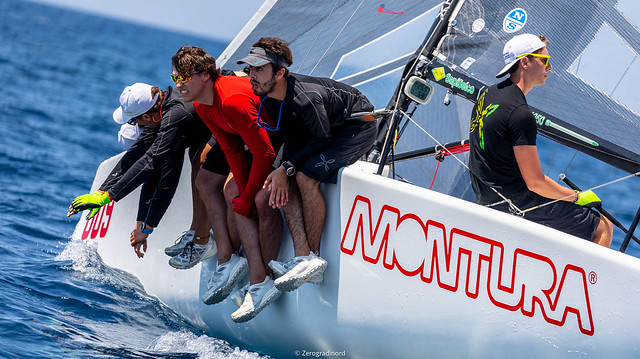 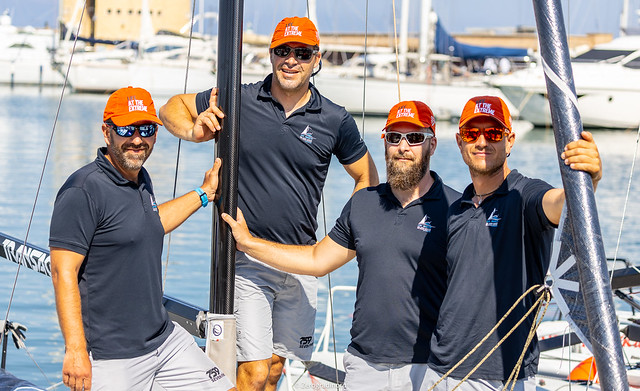