July 19, 2019 - Scarlino, Italy - Last event before the summer break for the Melges 24, competing this weekend in the race course of Scarlino, Italy for the fourth event of the Melges 24 European Sailing Series. Racing kicked off today in a light sea breeze that still allowed the completion of three races. 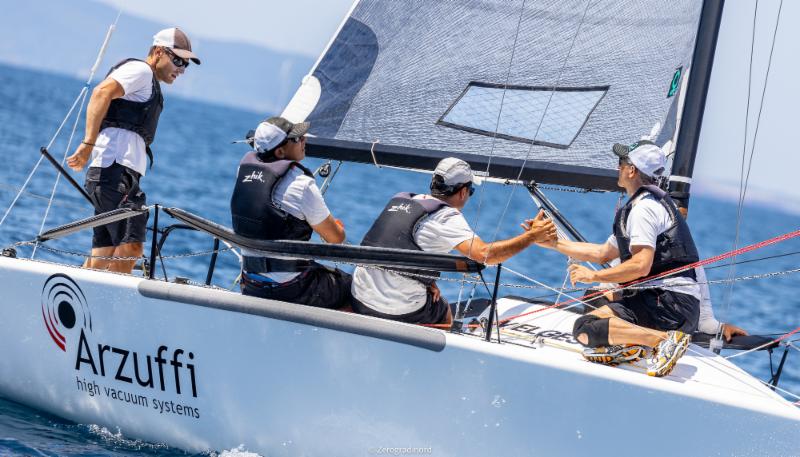 Maidollis ITA854 of Gian Luca Perego - photo @ IM24CA/ZGN
Leader of the ranking after day on is the Italian Maidollis by Gian Luca Perego, already protagonist of the season so far and one of the most awarded crews in Melges 24 Class history: with a bullet in the first race and two third places, Maidollis leads the fleet with a scoring of 7 points. 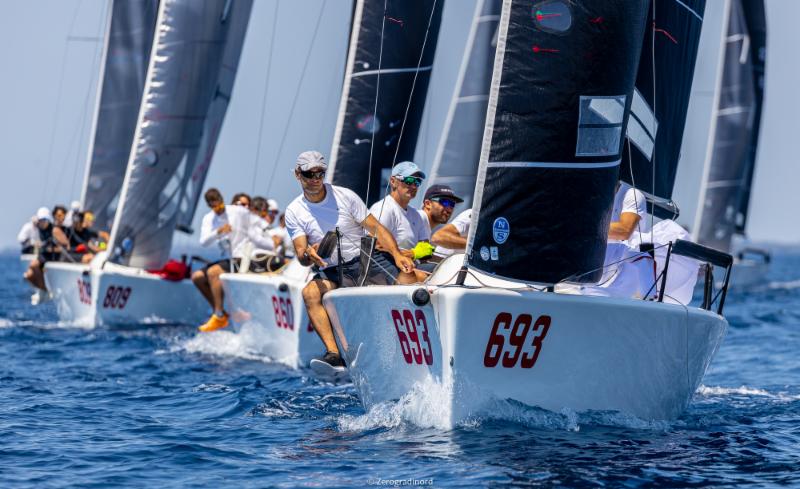 Melgina ITA693 by Paolo Brescia - photo @IM24CA/ZGN
The top three is all Italian, with a consistent Melgina by Paolo Brescia  (3-8-2 as partial scores of the day) being second with 13 points and Bombarda by Andrea Pozzi, third with 16 (5-6-5 the results of today). 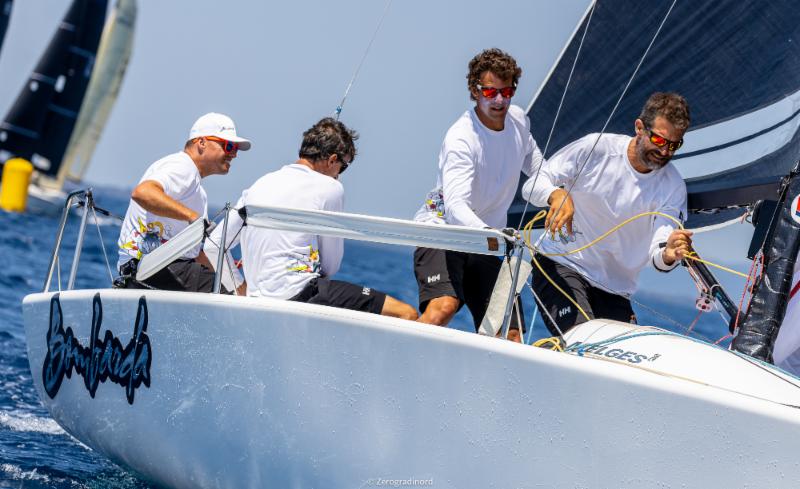 Bombarda ITA860 by Andrea Pozzi - photo @IM24CA/ZGN
After the victory of Maidollis in the inaugural race of the series, the bullets in the two following regattas were scored by the young crew of Arkanoè by Montura (6-1-13 the results of today, 5th overall) and Black Seal by Richard Thompson in the third regatta (10-10-1, 6th overall). 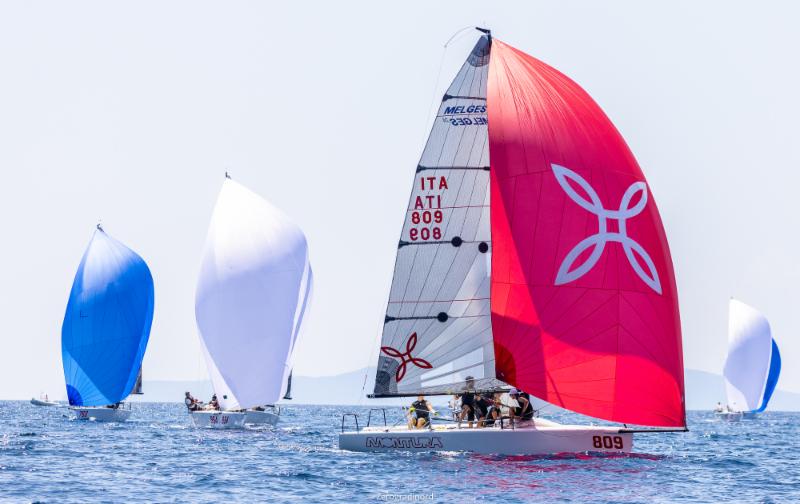