May 06, 2022 - Fort Lauderdale, FL, USA - With the first Melges 24 World Championship set to open in a couple of days, many teams have been in Ft. Lauderdale, Florida preparing, tuning and soaking up the warm Florida sunshine as they get ready to embark upon racing in the most highly competitive Class event of the year. Among those competitors are legacy owners, stalwarts that have been competing in the class since its inception. 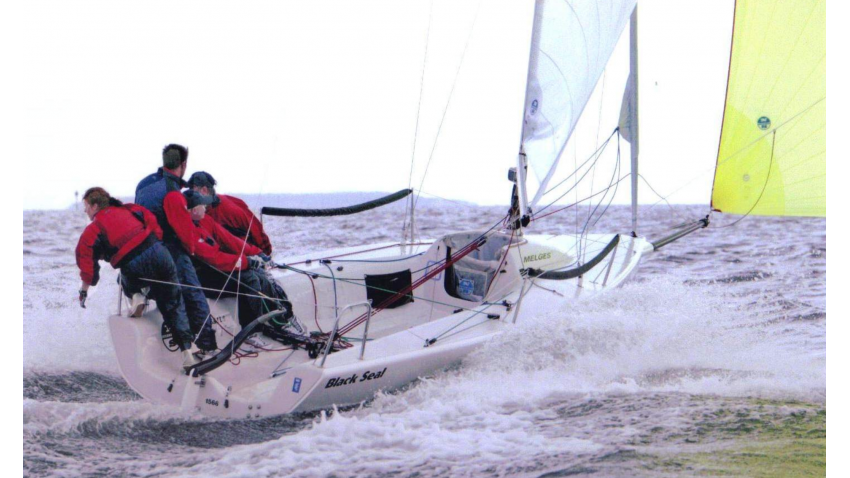 “The Melges 24 is still the fastest and most exciting one design keelboat in the world and it provides the ultimate challenge for sailors,” says Richard Thompson from the UK racing Black Seal. He was participating the very first Melges 24 World Championship held in Torquay UK, hosted by the Royal Torbay Yacht Club in 1998 and was third at the Worlds 2002 in Travemünde, Germany. “It still feels like the ultimate, uncompromised planning keelboat today, just as it did years ago. It is especially exciting to see new fleets forming and resurging in places such as Croatia and France. As the world opens up again, fleet sizes will certainly continue to grow. There is just no other boat quite like the Melges 24!” 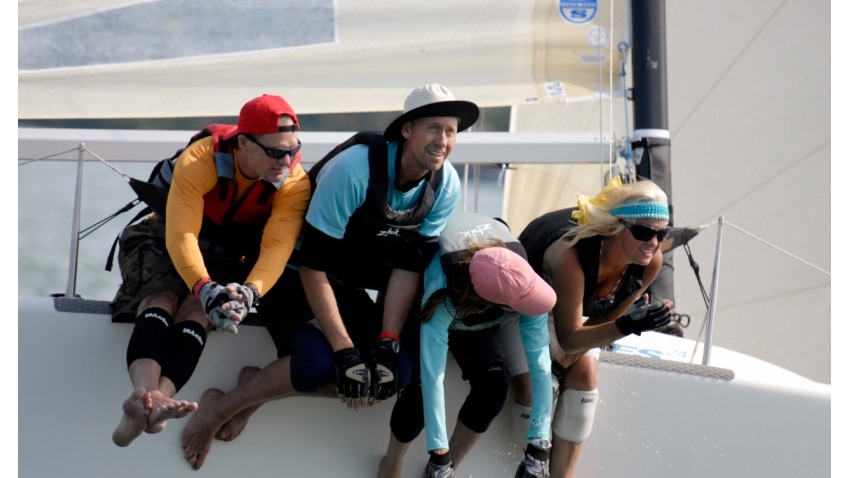 “This is a badass fleet with all the best pro teams. Although we are a Corinthian team, it’s exciting, as it always has been to race alongside some of the best sailors in the world,” says Paul Krak Arntson, Member of North America in IM24CA Executive Committee racing Nikita. “The pros are steep and deep, so competition will be very challenging for us. With exposure to such undiluted talent will come higher lessons and skill development, so our team is looking forward to a very valuable racing experience!”

Arntson and his wife Kimberly visited a boat show in 1994 and saw the Melges 24. Since then, he has been the proud owner of four Melges 24s through the years. They have sailed as a family raising both of their sons sailing the Melges 24. 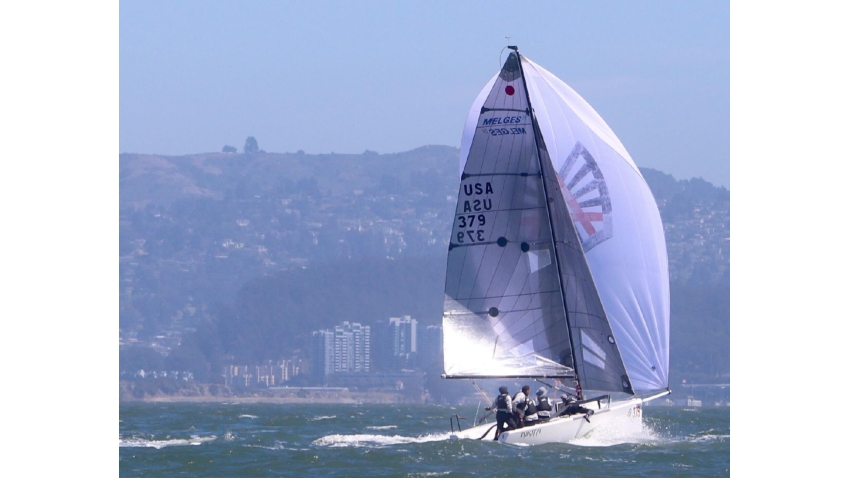 “Our son Rudi used to sleep in the spinnaker bag as a baby, so we had to be careful when we went to hoist! ‘Don't throw the baby out with the kite!’ so he is intuitive and one with the boat. At 17 years old, he and his own junior team dragged USA 219 out of the bushes and rebuilt it, then he drove it at 2018 Worlds and 2018 Nationals.”

A diehard Melges 24 owner, Arntson goes on about his forever infatuation with the Melges 24: “Clearly the Melges 24 was way ahead of its time and still the undisputed stallion of sportboat classes. The boat just sends it, you really feel that you are an intimate part of the boat and that’s really fantastic to feel when you are sailing.” 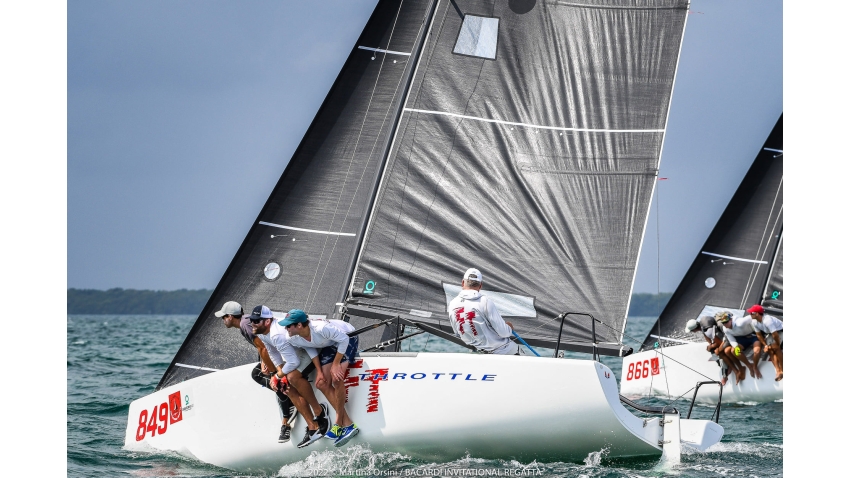 And there are others that sing the praises of the Melges 24 just through action alone. Repeat attendees such as eight-time U.S. National Champion Brian Porter on Full Throttle; 2009 Corinthian World Champion Bruce Ayres on Monsoon; five-time Melges 24 World Champion Federico Michetti, who's first title was achieved with a legendary Giorgio Zuccoli in La Rochelle France in 2000, is sailing on Drew Freides' Pacific Yankee today; recently crowned three-time Charleston Race Week Champion and reigning North American Champion Travis Weisleder on Lucky Dog have been in the Class for more than 20 years. 2018 World Champion on Altea, Italy's Andrea Racchelli, once married on a Melges 24. 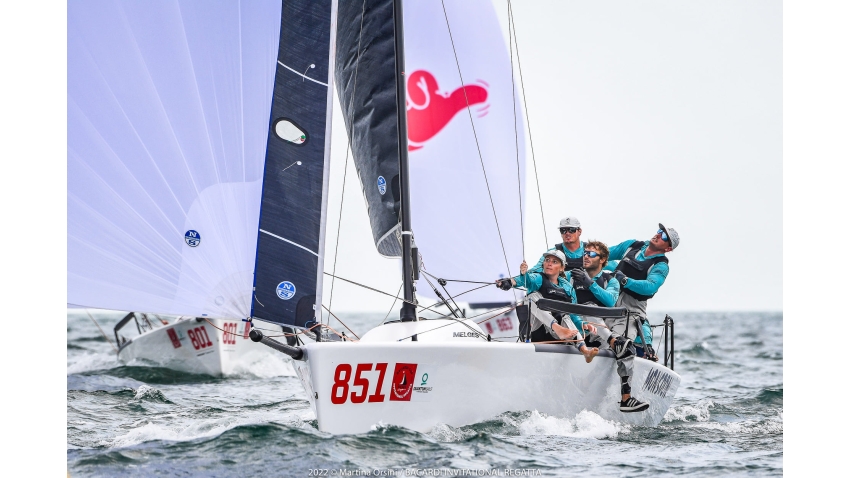 Another long-time, loyal supporter of the fleet is Geoff McFarland racing a charter Woop-Woop. “The Melges 24 doesn’t look or feel like it's 30 years old. One of my boats back on the West Coast is a 1993 original and it is still competitive in local races. The overall design and look is, and always has been way ahead of its time. No other boat looks as cool or as fast while sitting on a trailer! It’s fast just sitting still.” 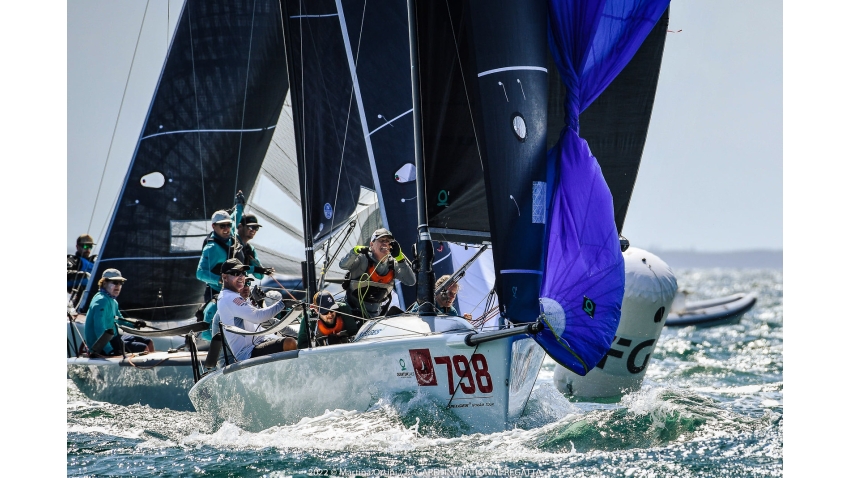 Geoff McFarland will charter hull #798 for the Melges 24 Worlds 2022 - on this photo Peter Bergendahl at the Bacardi Invitational Cup in Miami, March 2022

The current entry list promises a very challenging championship, and we'll introduce the teams yet just before the racing starts.

Click to read more about the history of the Melges 24 World Championships. 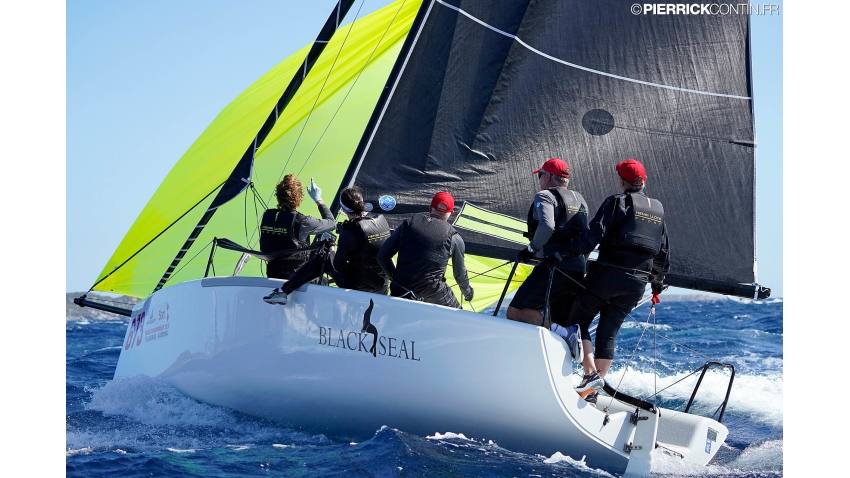 Richard Thompson and his Black Seal (GBR) at the Melges 24 World Championship 2019 in Villasimius, Sardinia, Italy

Geoff McFarland will charter hull #798 for the Melges 24 Worlds 2022 - on this photo Peter Bergendahl at the Bacardi Invitational Cup in Miami, March 2022 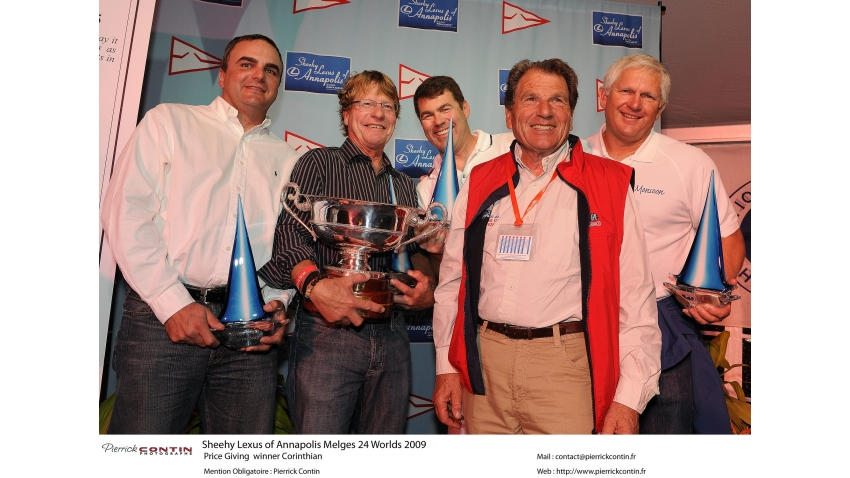 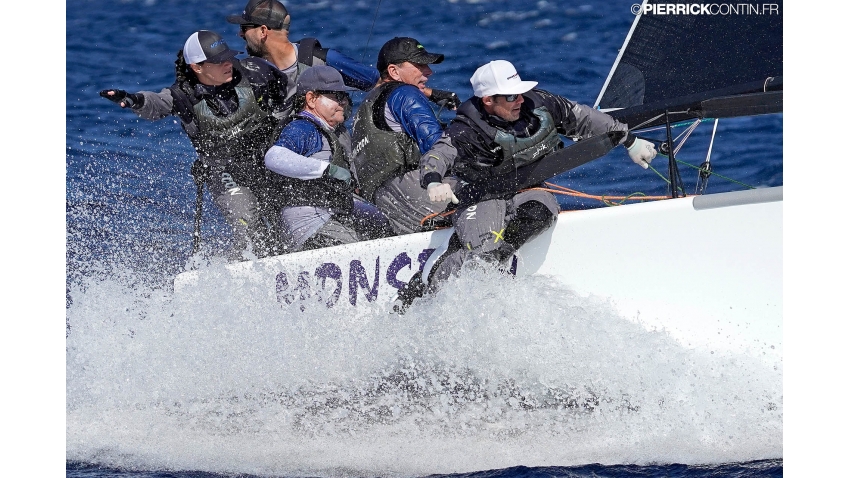 Monsoon of Bruce Ayres at the 2019 Melges 24 World Championship in Villasimius, Sardinia, Italy 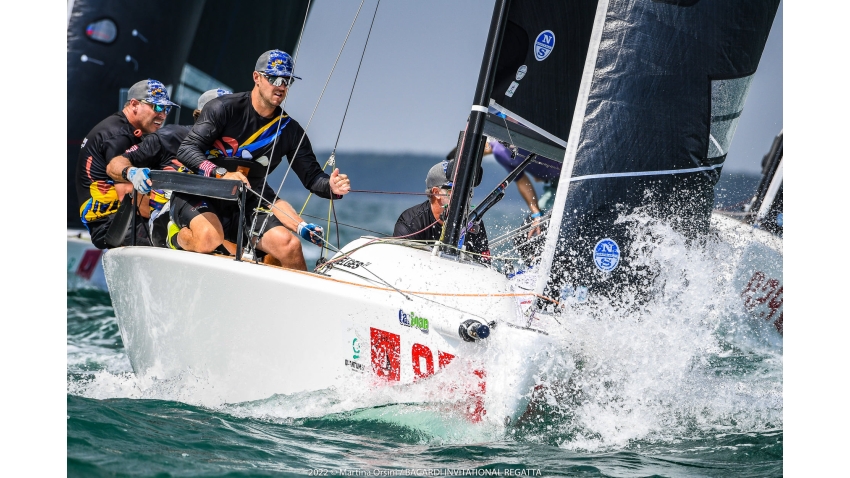 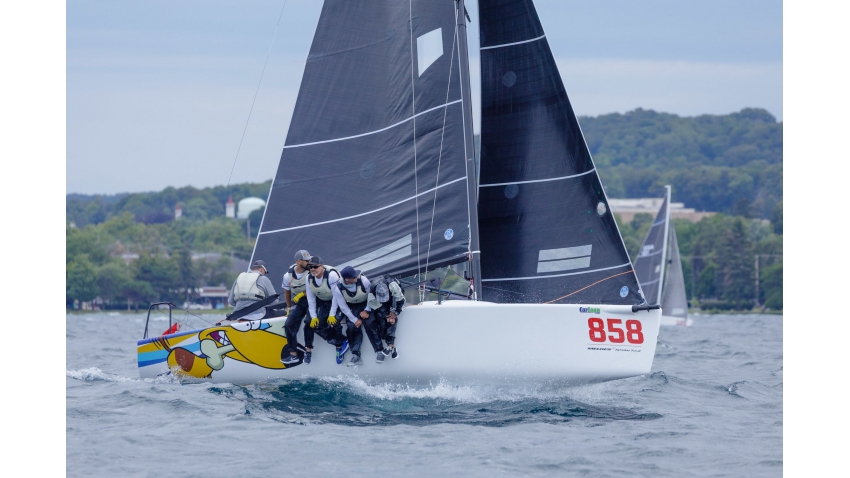 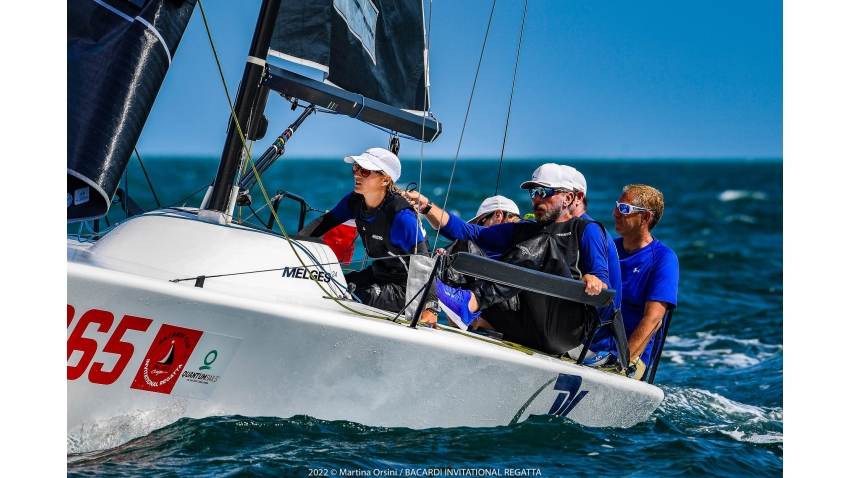