Paolo Brescia's Melgina ITA693, the overall winner of the 2021 Melges 24 European Sailing Series, is 20 points behind the leader.

Chinook HUN850 of Akos Csolto is fourth in the overall ranking, being in the lead of the Corinthian division.

The second best Corinthian team Arkanoe by Montura ITA809 of Sergio Caramel, is fifth in the overall ranking, while Gill Race Team GBR694 of Miles Quinton, is third in Corinthian ranking and sixth in overall.

The next Melges 24 ESS ranking event, Italian Melges24Tour ACT 4 and Italian National Championship in Imperia will be hosted by the Porto Maurizio Yacht Club on September 23-25. 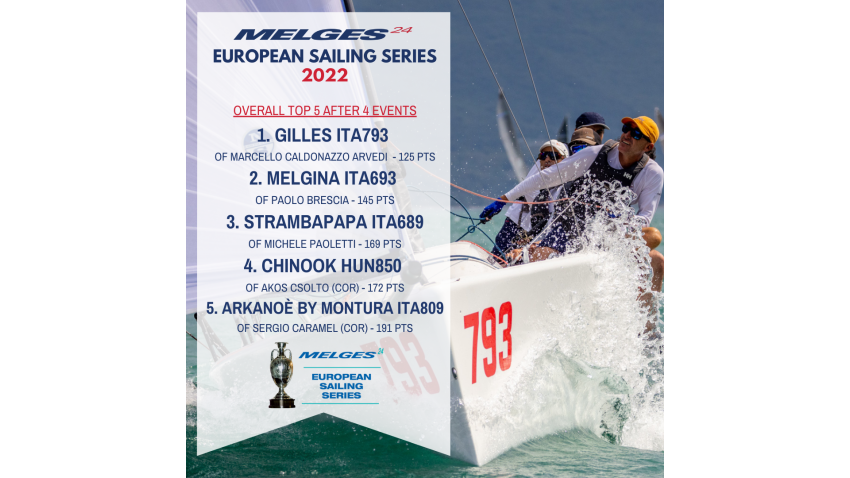 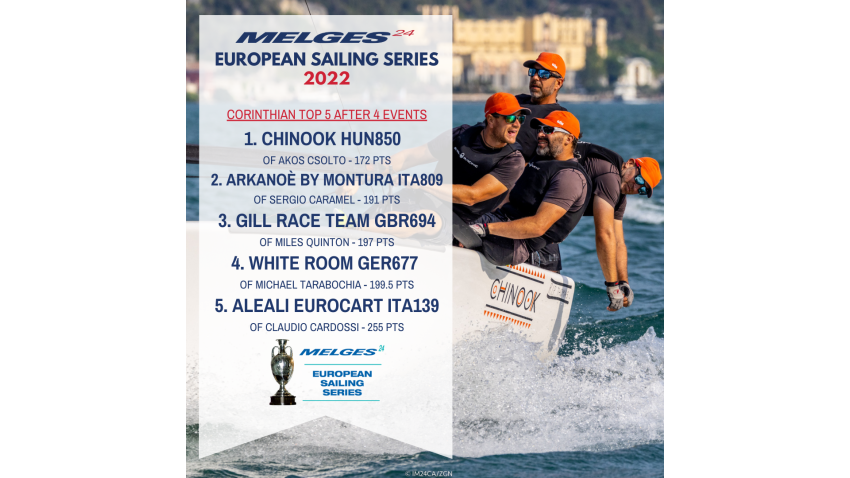