June 9, 2019 - Riva del Garda, Italy - After two days of powerful Melges 24 sailing, with boats surfing downwind in gusts of Ora wind at more than 20 knots, the last day of the Melges 24 European Sailing Series' third event in Riva del Garda is a no race day: uncertain weather with intermittent thunder showers didn't allow the wind to fill in properly and to complete the last three races of the series.

The final ranking in then unchanged since the races of yesterday: the victory of the third act of the Melges 24 European Sailing Series goes to Maidollis ITA854 by Gian Luca Perego that, with an impressive scoreline (1-2-1-3-RET-1) returns to win a regatta in the race course of Riva del Garda, after having been crowned Melges 24 European Champion here in 2018.
On the podium with the crew of Maidollis, the Italians onboard Bombarda ITA860 by owner-driver Andrea Pozzi, who managed to repeat the great performances obtained in the event of Malcesine, where the crew made its return to the Melges 24 class after a couple of years of stop. The podium is completed by another Italian crew: the reigning World Champions onboard of Andrea Racchelli's Altea ITA722  close the event of Riva del Garda in third place with 12 points in total. 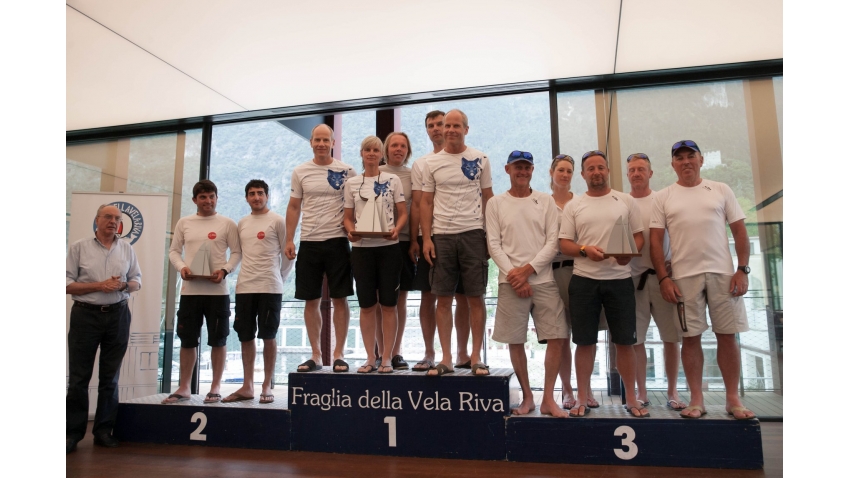