October 11, 2018 - Luino, Italy- The finale of the Melges 24 European Sailing Series will begin tomorrow, on Friday October 12th at noon in Luino, Italy. Nineteen Melges 24 teams representing seven nations will have a great weekend sailing on the Eastern shore of Lake Maggiore, locally said Verbàno. A maximum of eight races will determine the winner of the 2018 Melges 24 European Sailing Series, 2018 Italian Melges 24 Tour, 2018 Melges 24 Swiss champion and the winner of the event itself. 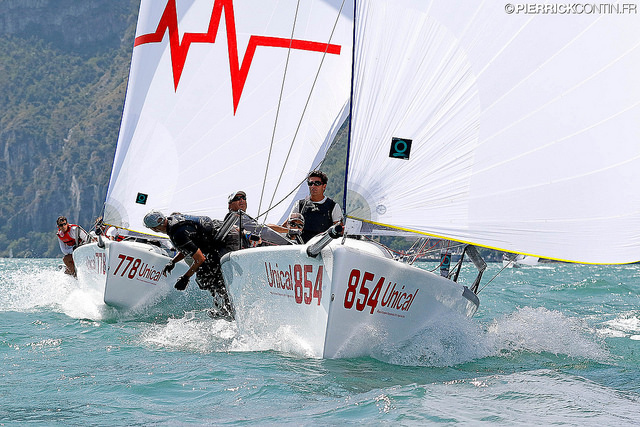 Reigning European Champion - Italian Maidollis (ITA854) of Gian Luca Luca Perego will sail in Luino with two-time Melges 4 World Champion Flavio Favini in helm and the crew members of former Blu Moon.  Photo (c) Pierrick Contin
Lino Favini Cup, taking place for the 15th time already, is dedicated to Lino Favini, a great sailor of Verbàno and father of Flavio Favini, one of the most highly-regarded international sailors: this year Flavio Favini besides of hosting the event, will also be involved in the regatta in the role of helmsman for Gianluca Perego's Maidollis, reigning Melges 24 European and 2017 World Champion. With Favini and Perego also fellow sailors Tiziano Nava, Federico Valenti and Giovanni Ferrari from well-awarded Blu Moon will make the competition harder for the others. 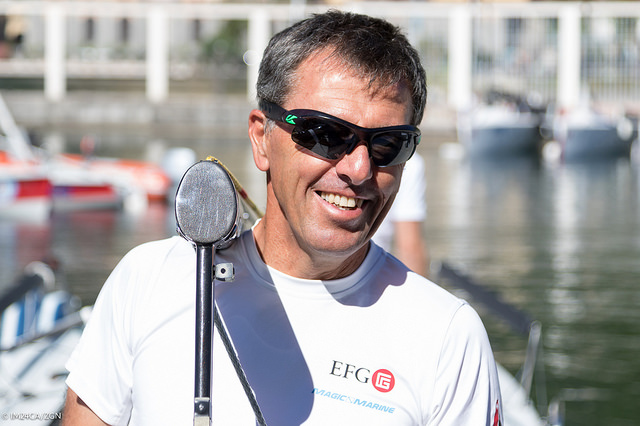 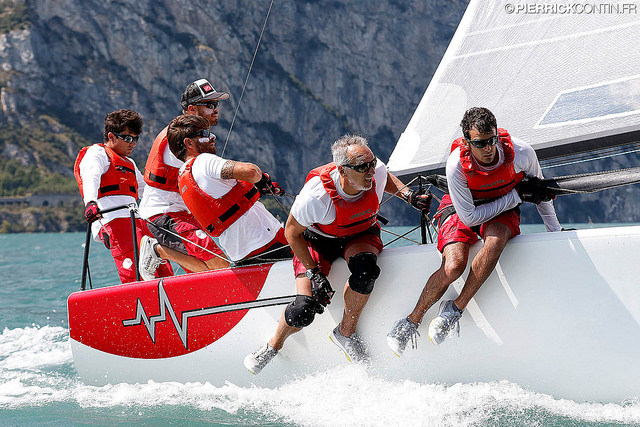 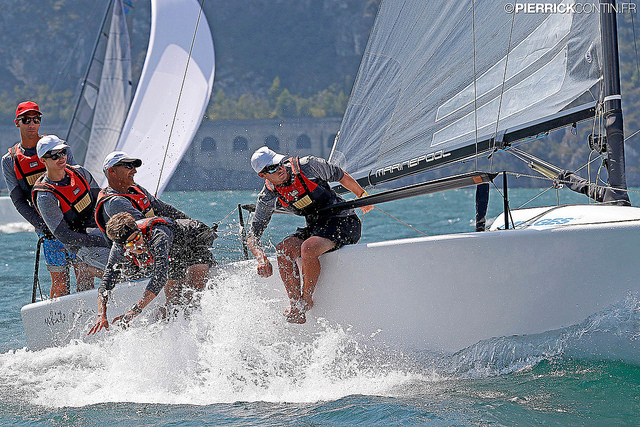 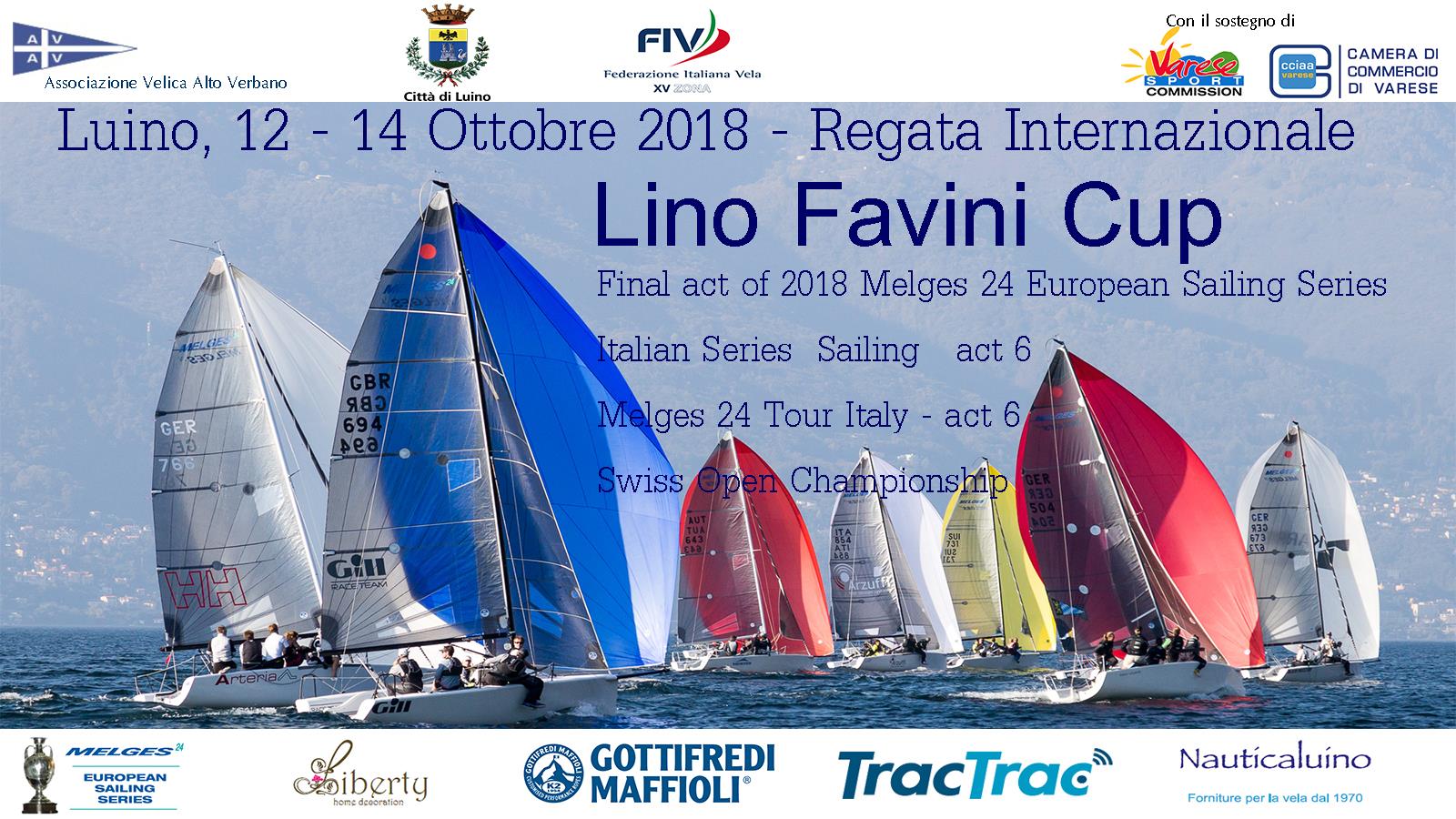 Associazione Velica Alto Verbano will be the host of this international Melges 24 regatta for the fourth time already co-organized by International Melges 24 Class Association, with the precious support of Lino Town Council and of Chamber Of Commerce of Varese.
From Thursday October 11th, the participants will be able to complete their registration, while the first warning signal is scheduled for Friday October 12th at 12.00, right after the Skippers Meeting taking place at the AVAV headquarters. The regatta will end with the prizegiving on Sunday afternoon as the final possible warning signal will be no later than 14:30.
MELGES 24 MEDIA
Racing updates from Luino will be delivered to you across the IM24CA social media and you can follow all the latest actions and coverage of the event at the official IM24CA Facebook Page. Racing can be followed also in real time via TracTrac webpage.
More information about the event and series available at melges24.com/europeansailingseries
****************************************

2018 Melges 24 European Sailing Series consists of the six events altogether. The season opened in Tuscany, in iconic Punta Ala and continued in Portoroz, Slovenia in April that welcomed the Melges 24 class for the fifth time already. Series moved then on to the internal waters, with a double appointment on the Garda Lake: Torbole in July, where the Melges 24 international fleet returned after the 2012 Worlds with the record number of 127 entries, and was in Riva del Garda in August for the Melges 24 European Championship. The season continued with the Melges 24 Italian Championship to on the Como Lake in Domaso, and will end with the Lino Favini Cup, also valid as Swiss Open Championship held in Luino.
More information about the series available at melges24.com/europeansailingseries
For further information on the event , please contact: