2018 Melges 24 European Sailing Series - In the First Day of the Regatta, Portoroz Gets Colored in Stars and Stripes

April 27, 2018 - Portoroz, Slovenia - The second event of the 2018 Melges 24 European Sailing Series kicks off with a full day of racing in the spectacular Slovenian bay of Piran: after having left the moorings of Yacht Club Marina Portoroz for the start at 12.00 as by schedule, the twenty-five participating crews of eleven nations have completed three races with Northerly breeze that progressively went decreasing in the afternoon.
The first bullet of the series was scored by Matteo Omari's Aria (ITA753, 1-16-22 the scores of today) that could benefit at the best from the wind shift to the right side of the race course in the first stages of the race, leaving at his back Mauro Verri's A&M Sailing Team (ITA693, 2-UFD-12) and General Lee by Mario Ziliani (ITA793, 3-12-7). 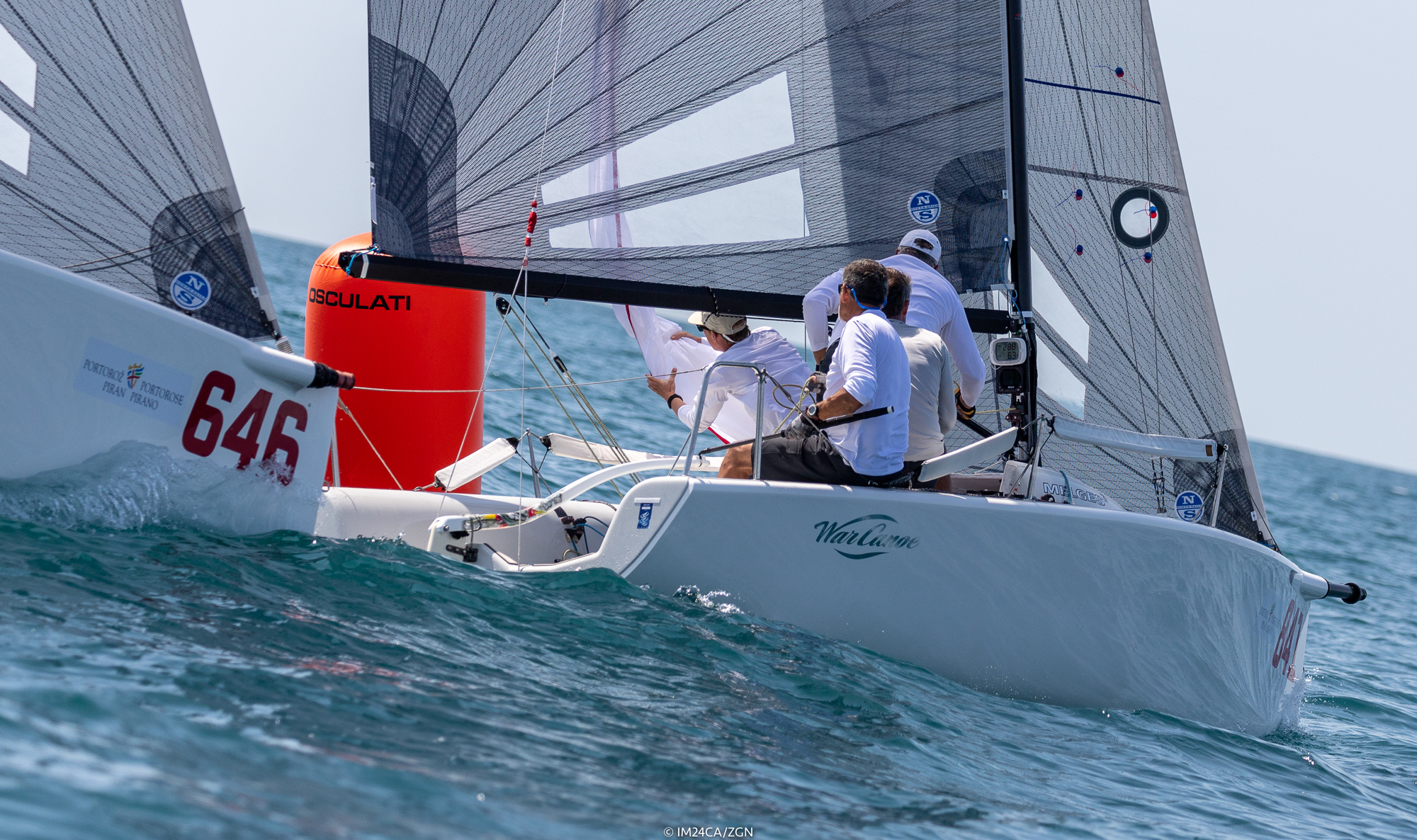 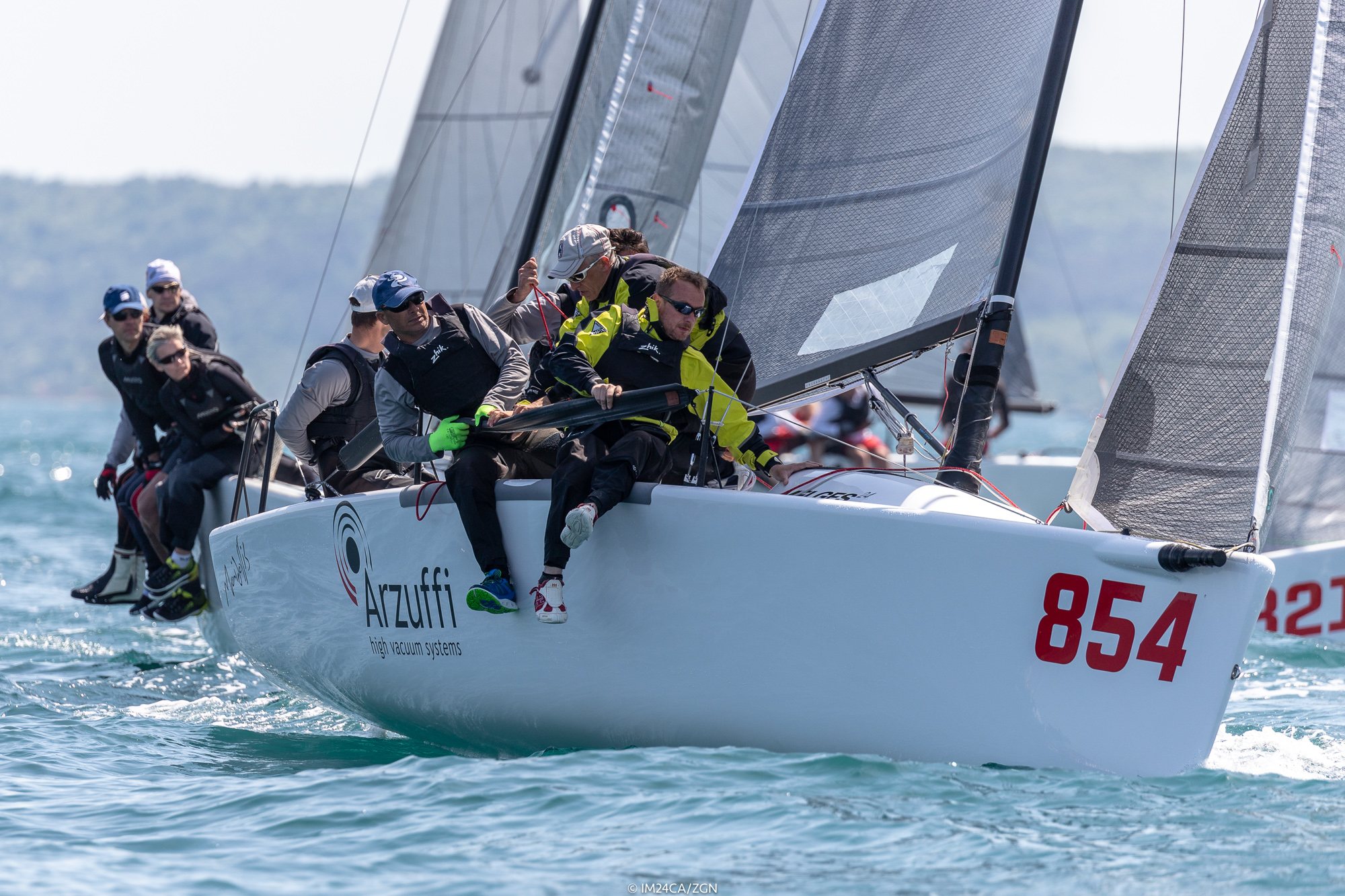 Gian Luca Luca Perego's Maidollis ITA854 with Carlo Fracassoli in helm is on the second position two points separating them from the leader. Photo © ZGN/IM24CA
The overall provisional podium is completed by the reigning World Champions aboard Gian Luca Perego's Maidollis (ITA854, 7-2-2) helmed by Carlo Fracassoli in second position and by the winners of race number three of the day, the already twice Corinthian World Champions of Marco Zammarchi's Taki 4 (ITA778, 11-8-1) helmed by Niccolo Bertola. 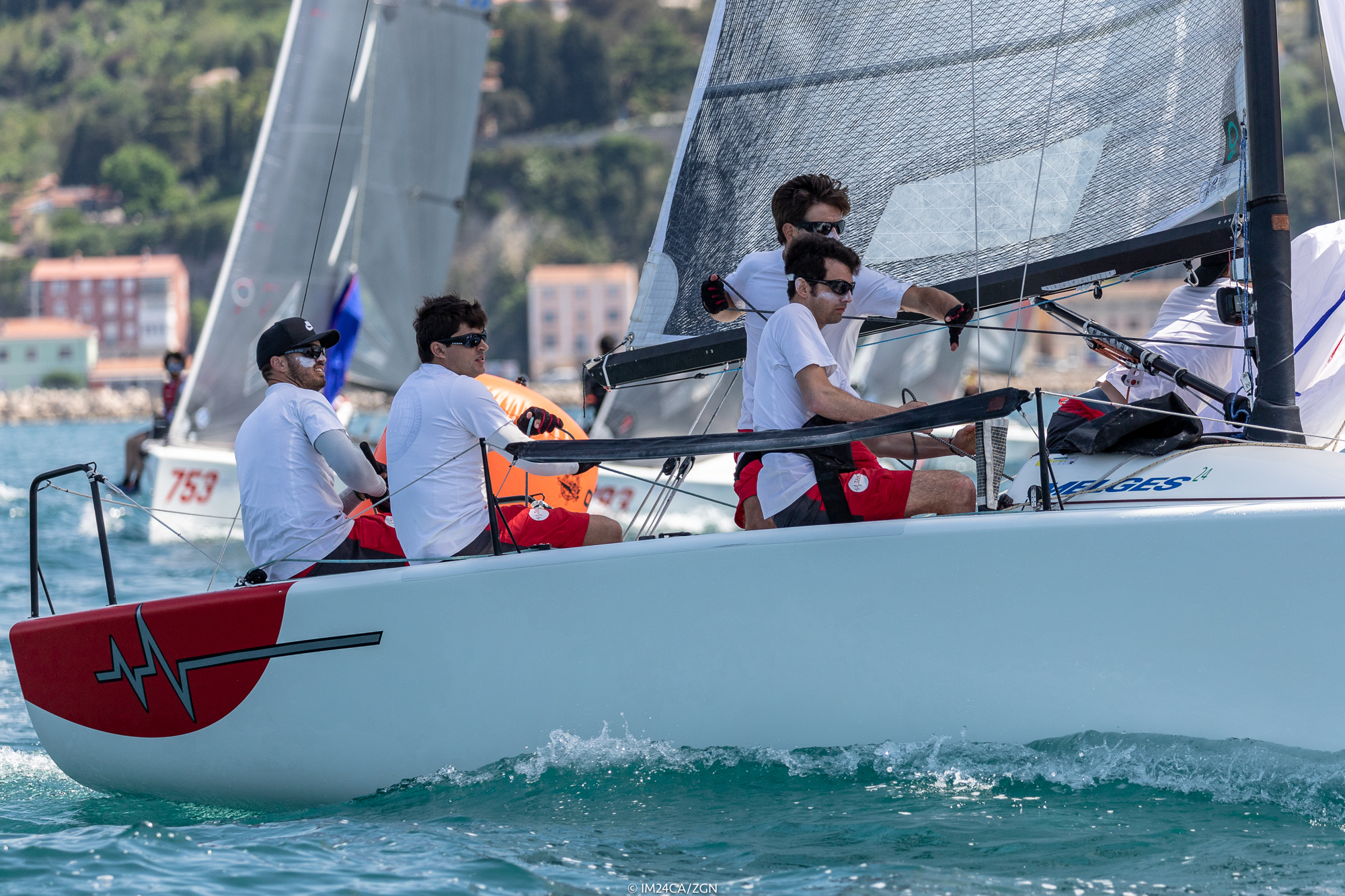 Team of Taki 4 ITA778 by Marco Zammarchi with Niccolo Bertola in helm is completeing the provisional podium, being the best Corinthian team after first day. Photo ©ZGN/IM24CA
Taki 4 leads also the ranking of the Corinthian division with a margin of three points over the Estonian entry Lenny (EST790, 9-6-8) of Tõnu Tõniste and of seven points over Hungarian Seven_Five_Nine (HUN759, 4-11-12) by Akos Csolto. 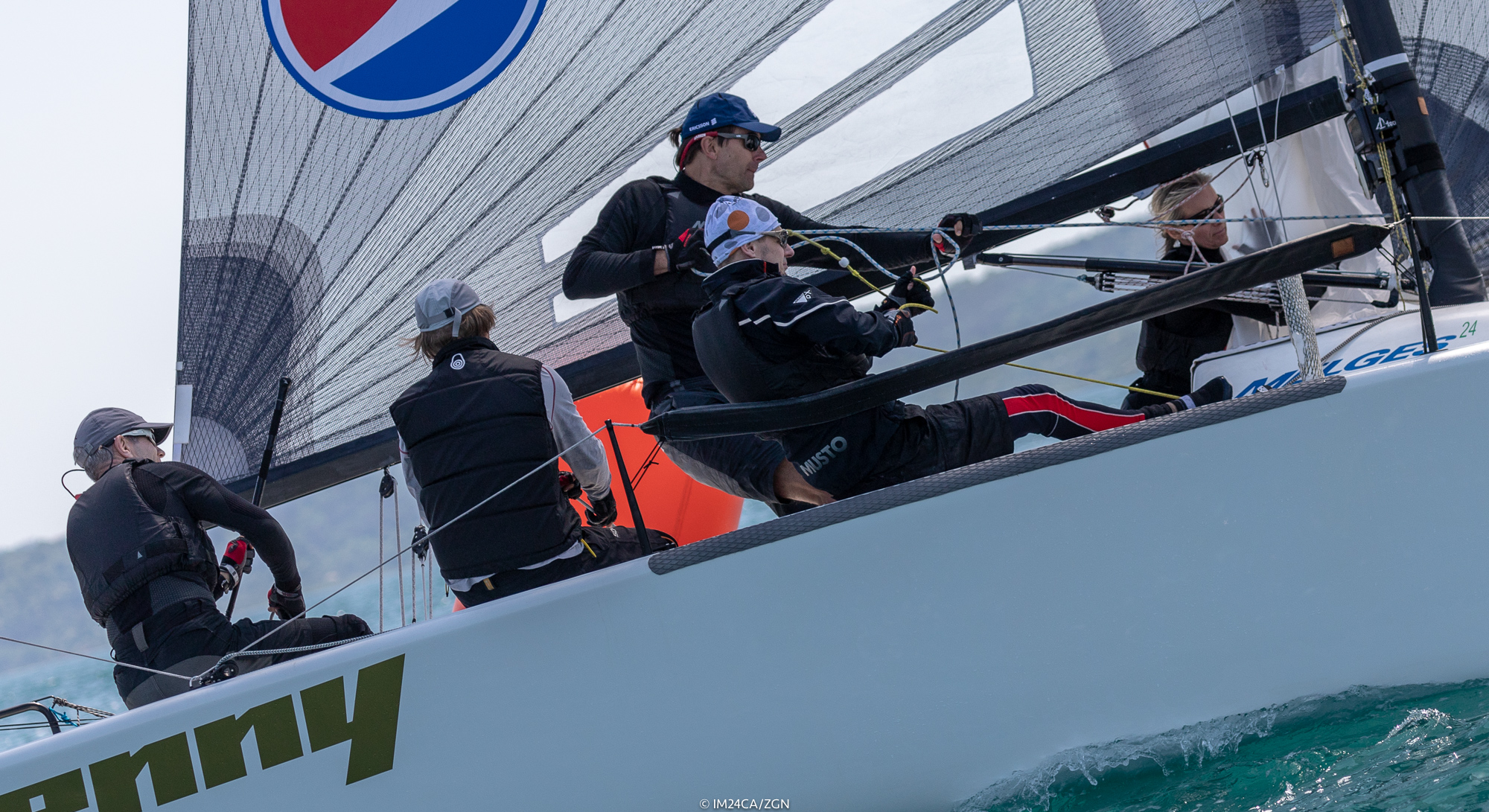 Lenny EST790 of Tõnu Tõniste is the second best Corinthian after first day in Portoroz. Photo ©ZGN/IM24CA
The crews will now enjoy some after racing party during a cocktail hosted by Portoroz Casino, getting ready for the races of tomorrow that will resume at 11.00 am. 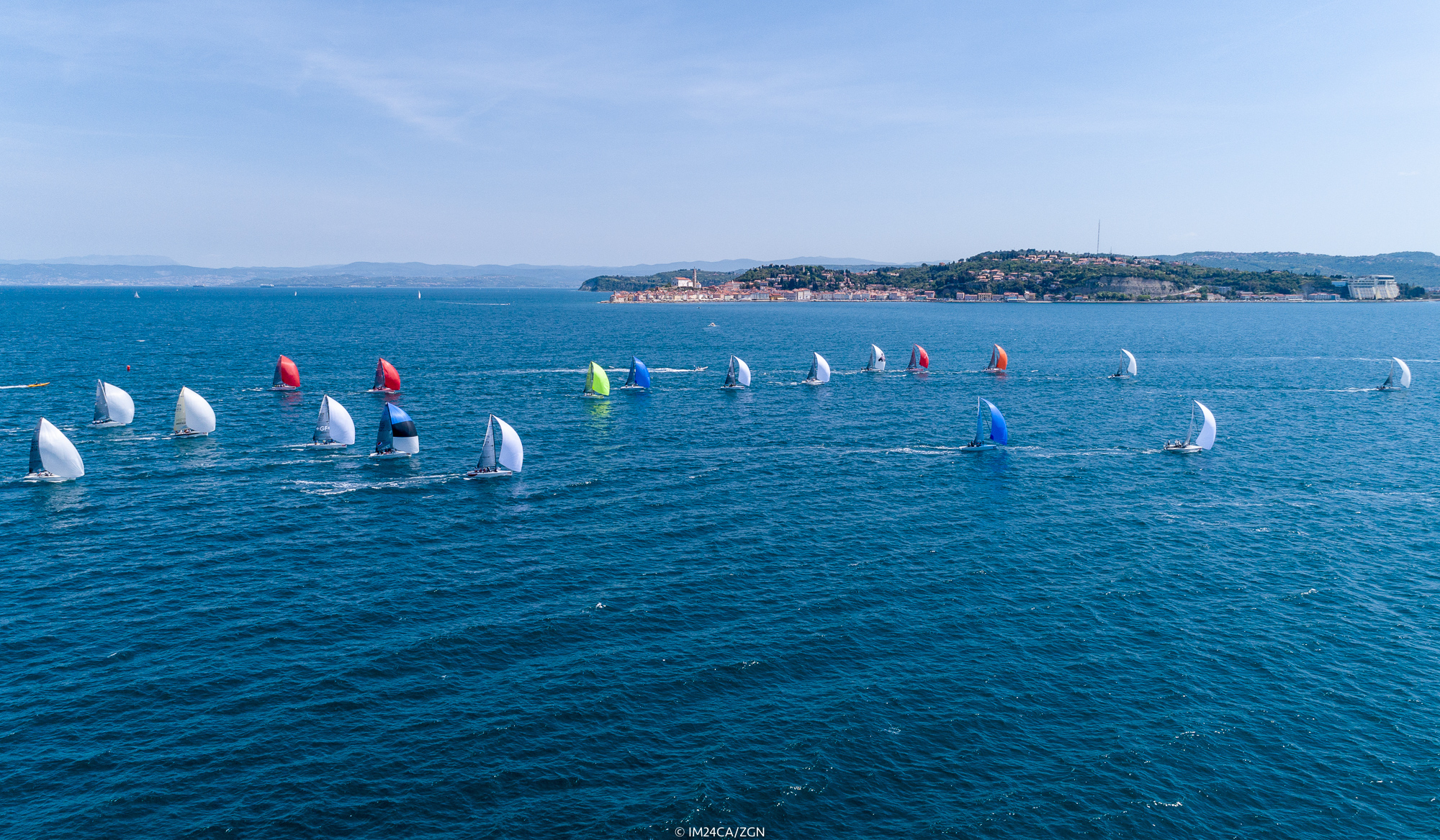