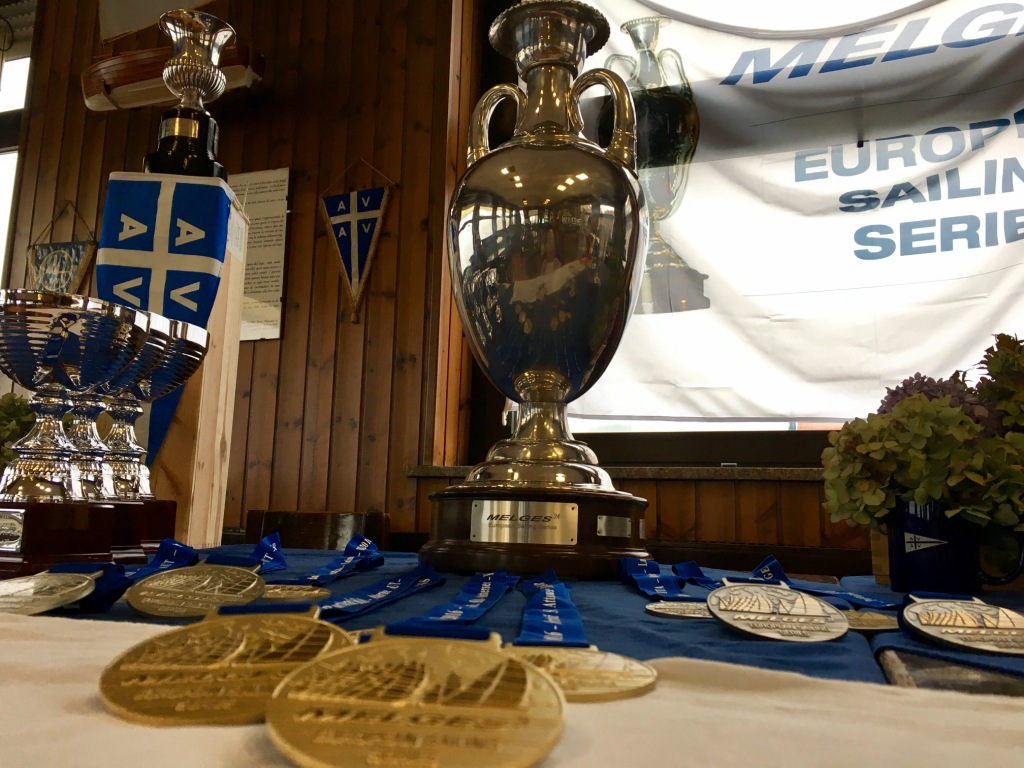 Coppa Lino Favini, event dedicated to the Melges 24 class and organised by the Associazione Velica Alto Verbano, has been showing the leadership of the EFG team since the beginning of the event. On the third day of the event EFG secured it’s margin to twelve points ahead of Andrea Pozzi’s Bombarda (ITA) with Giulio Desiderato as tactician winning the final race of the event and jumped to the second position followed by a strong FGF Sailing Team (HUN) with Robert Bakoczy in helm, two points behind. See the full results 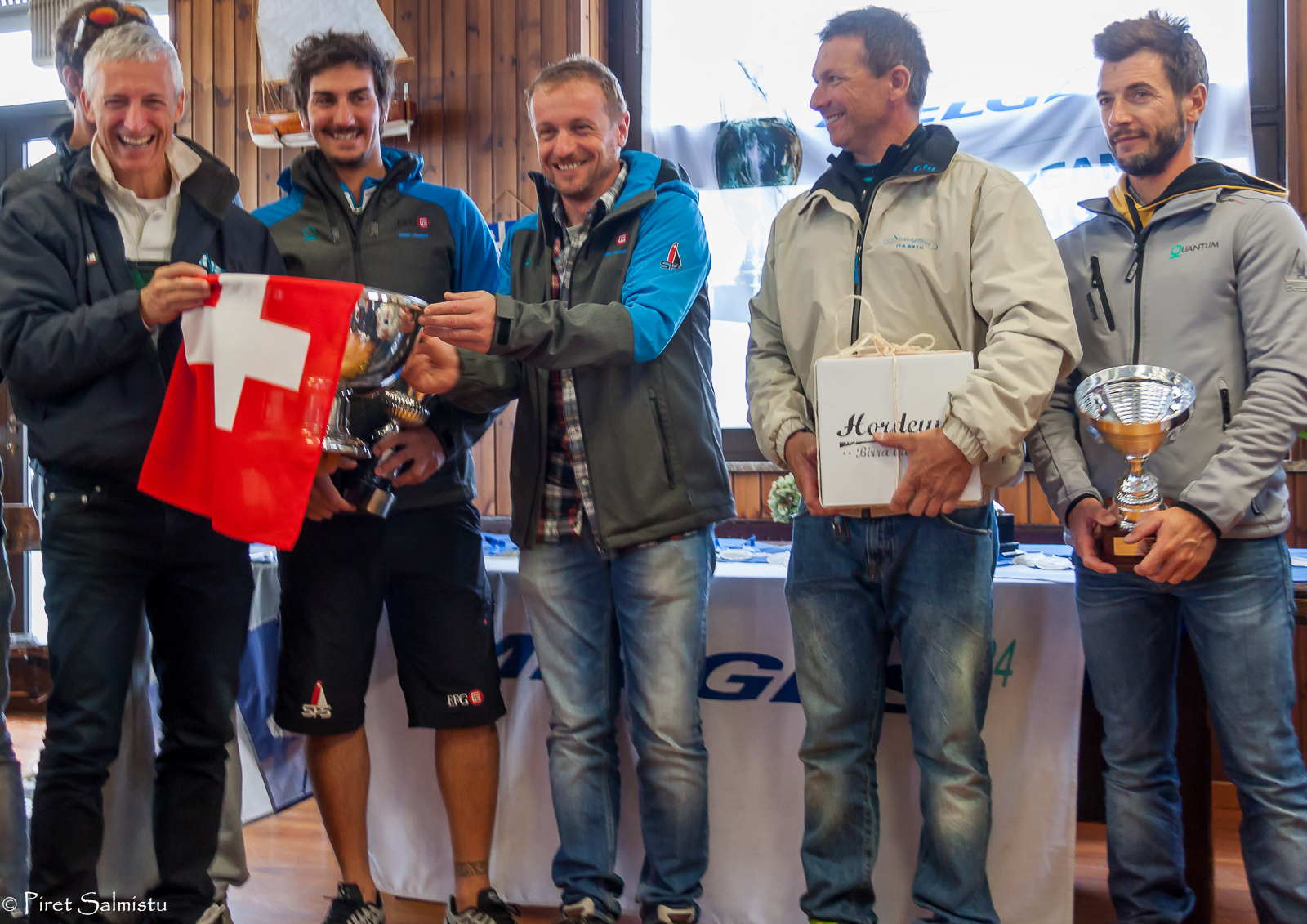 In Corinthian division, where the racing has been extremely close, Niccolo Bertola-Giacomo Fossati’s Taki 4 (ITA) managed to replace the broken bowsprit and continue their consistent racing securing the victory of the Lino Favini Cup being fifth in overall ranking. Only one point behind ended the event Miles Quinton’s Gill Race Team (GBR) with Geoff Carveth in helm and then two points behind completed the podium Michael Tarabochia’s White Room (GER) with Luis Tarabochia in helm. See Corinthian results 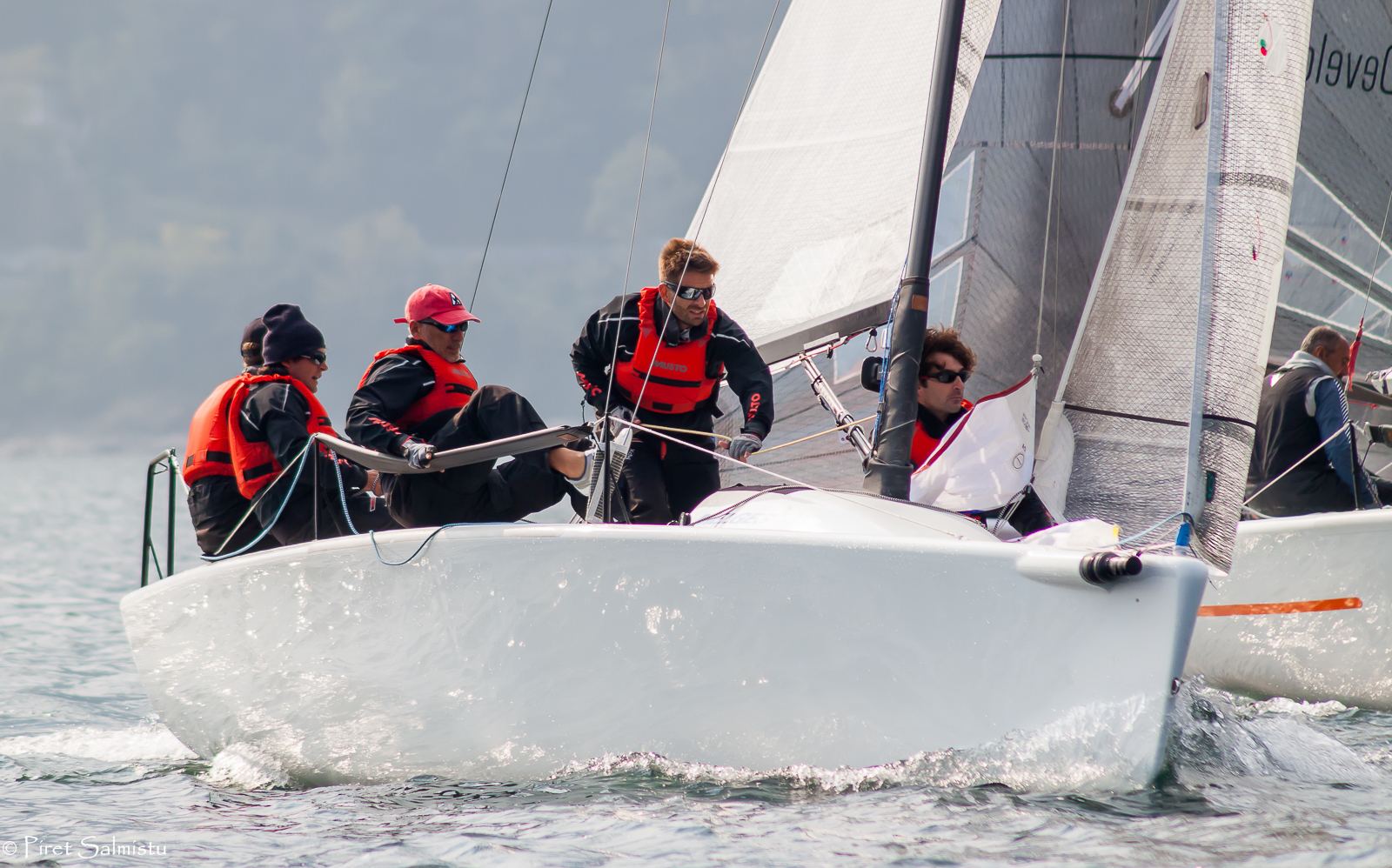 The 2016 Melges 24 European Sailing Series has concluded also on the Lake Maggiore (recording 6 events, 48 races, 8 discards) with 2015 Melges 24 vice World champion Andrea Racchelli and his team on Altea (ITA) as the winner and a new holder of the series’ perpetual trophy donated to the series by the former Chairman of IM24CA, Riccardo Simoneschi. Participating at all six events through the season and being on the lead a majority of the series, Miles Quinton’s Gill Race Team (GBR) got the silver medals of the series however the owner of the bronze medals was left open until some important clarification in the series rules. 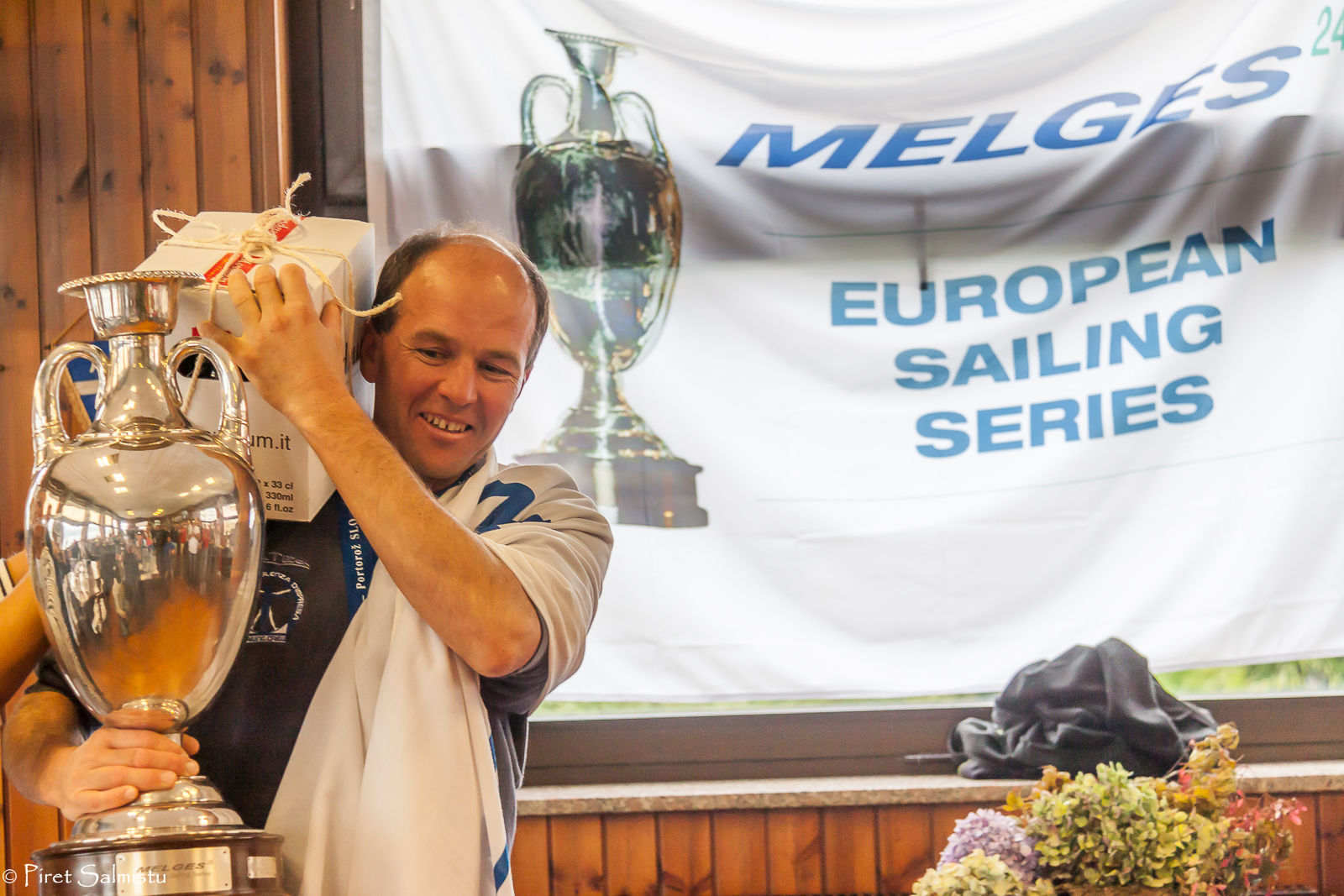 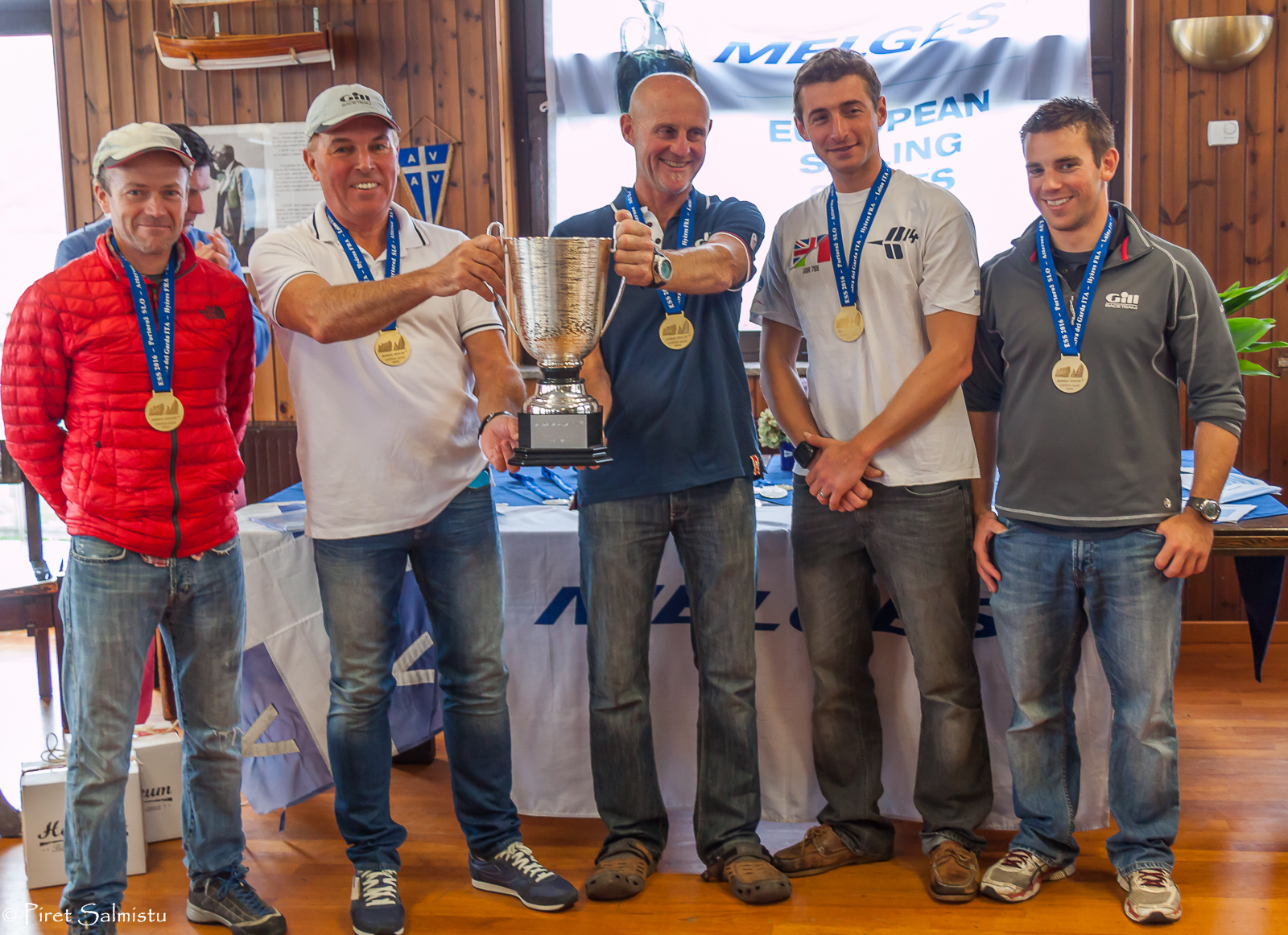 The second position in overall ranking was more than enough for Gill Race Team also to secure the victory of the Melges 24 European Sailing Series in the Corinthian division. Michael Tarabochia’s White Room (GER) with Luis Tarabochia helming, also taking part of all series’ events, got well deserved silver medals. Not missing any of the events the podium was completed by the 2015 Corinthian ranking winner, Oleg Dyvinets’ team on Marusia (UKR). See ranking results for the Corinthian division 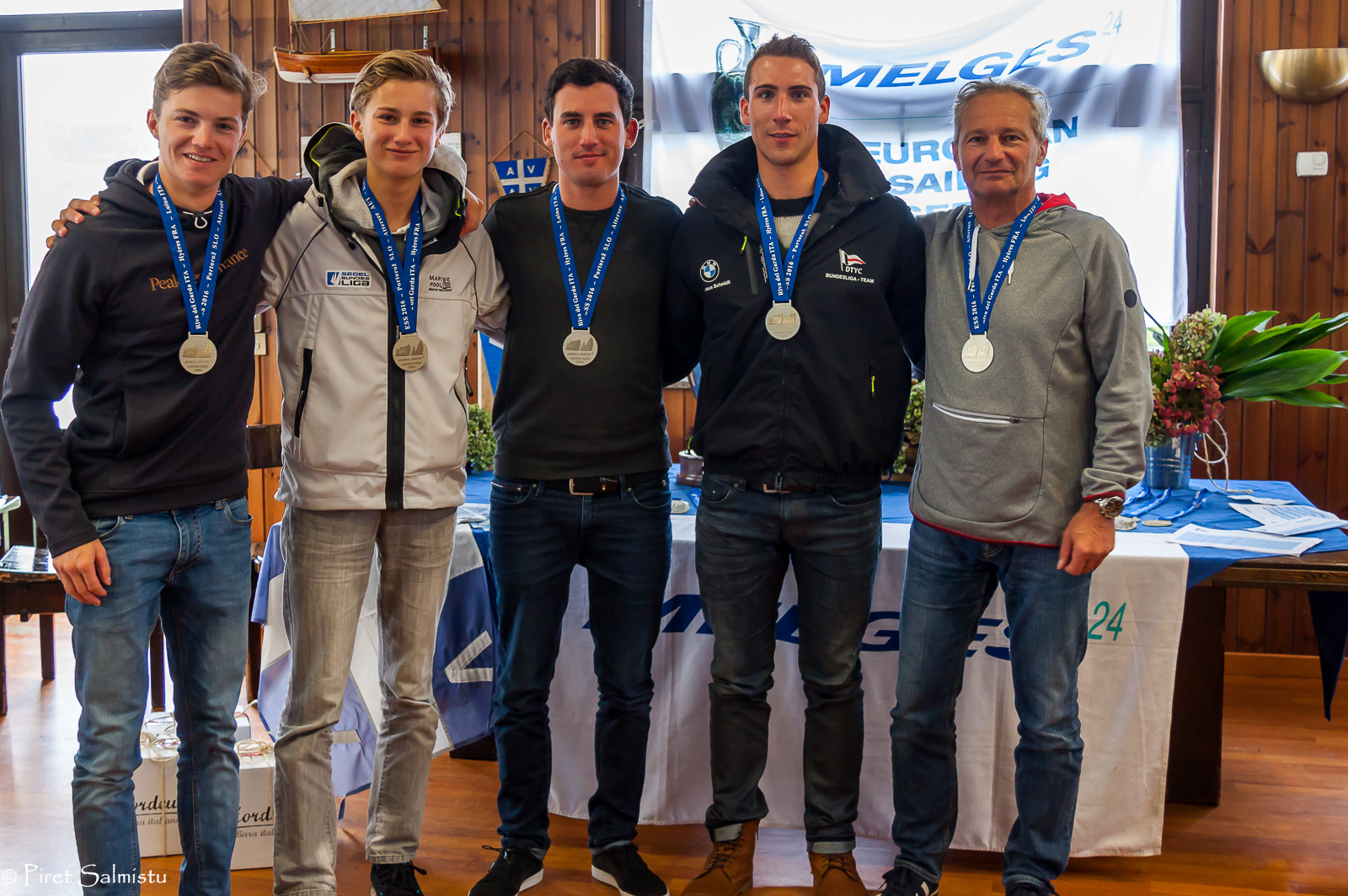 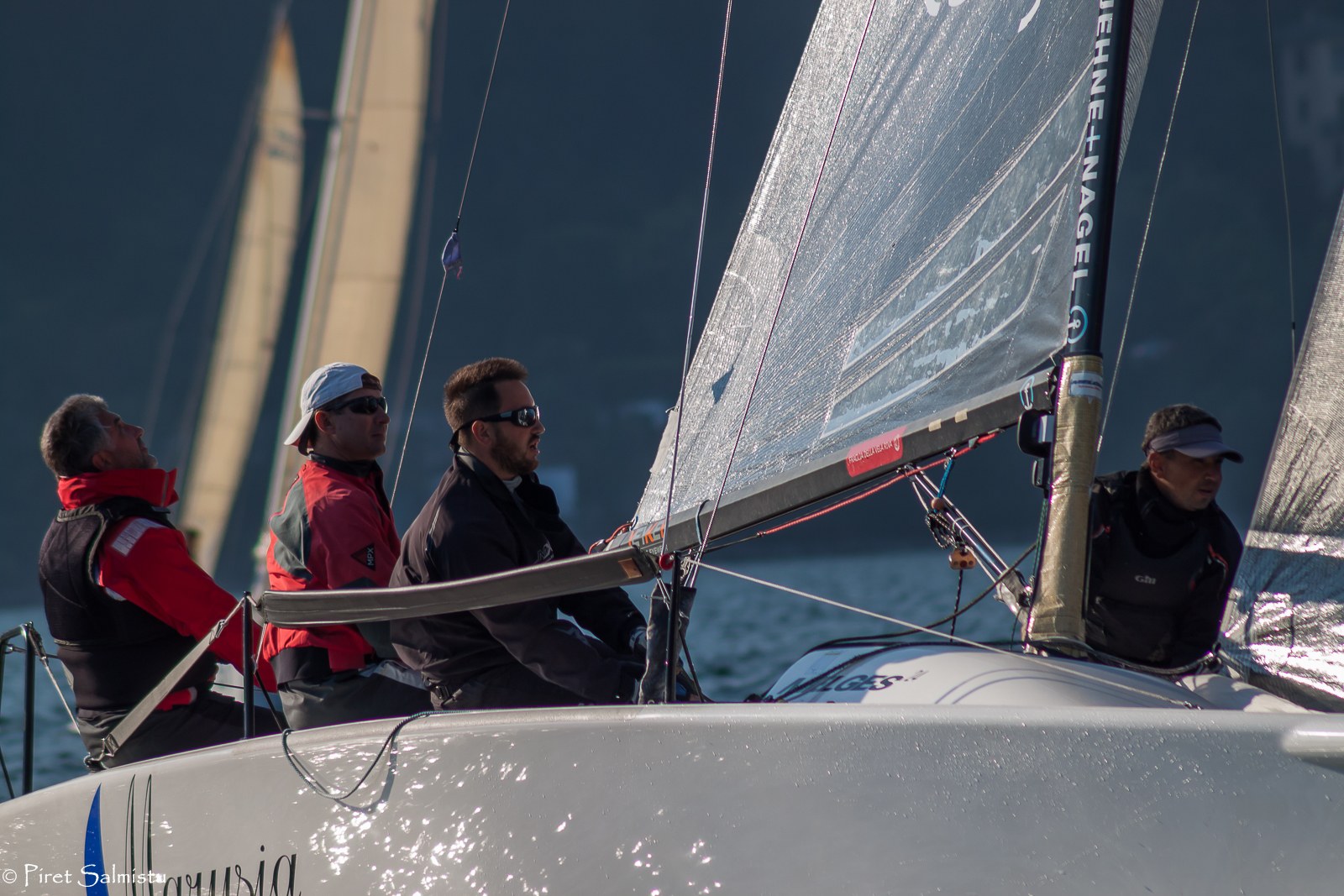 Not missing any of the events the Corinthian podium of the 2016 Melges 24 European Sailing Series was completed by the 2015 Corinthian ranking winner, Oleg Dyvinets’ team on Marusia (UKR) - photo IM24CA/Piret Salmistu

IM24CA would like to take this opportunity and say a huge THANK YOU to the AVAV team and all the sponsors-supporters in Luino and all the other hosting clubs during the season organizing the events of the Melges 24 European Sailing Series! It's been a great season and we will see you in 2017! 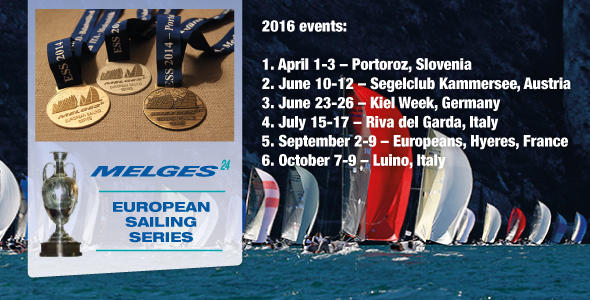 Now the Melges 24 international class is looking forward to the main event of the year, the Melges 24 World Championship in Miami that will take place from November 26th to December 3rd.

Stay tuned for further updates on the 2017 season and further information about the Melges 24 European Sailing Series please visit www.melges24.com/europeansailingseries