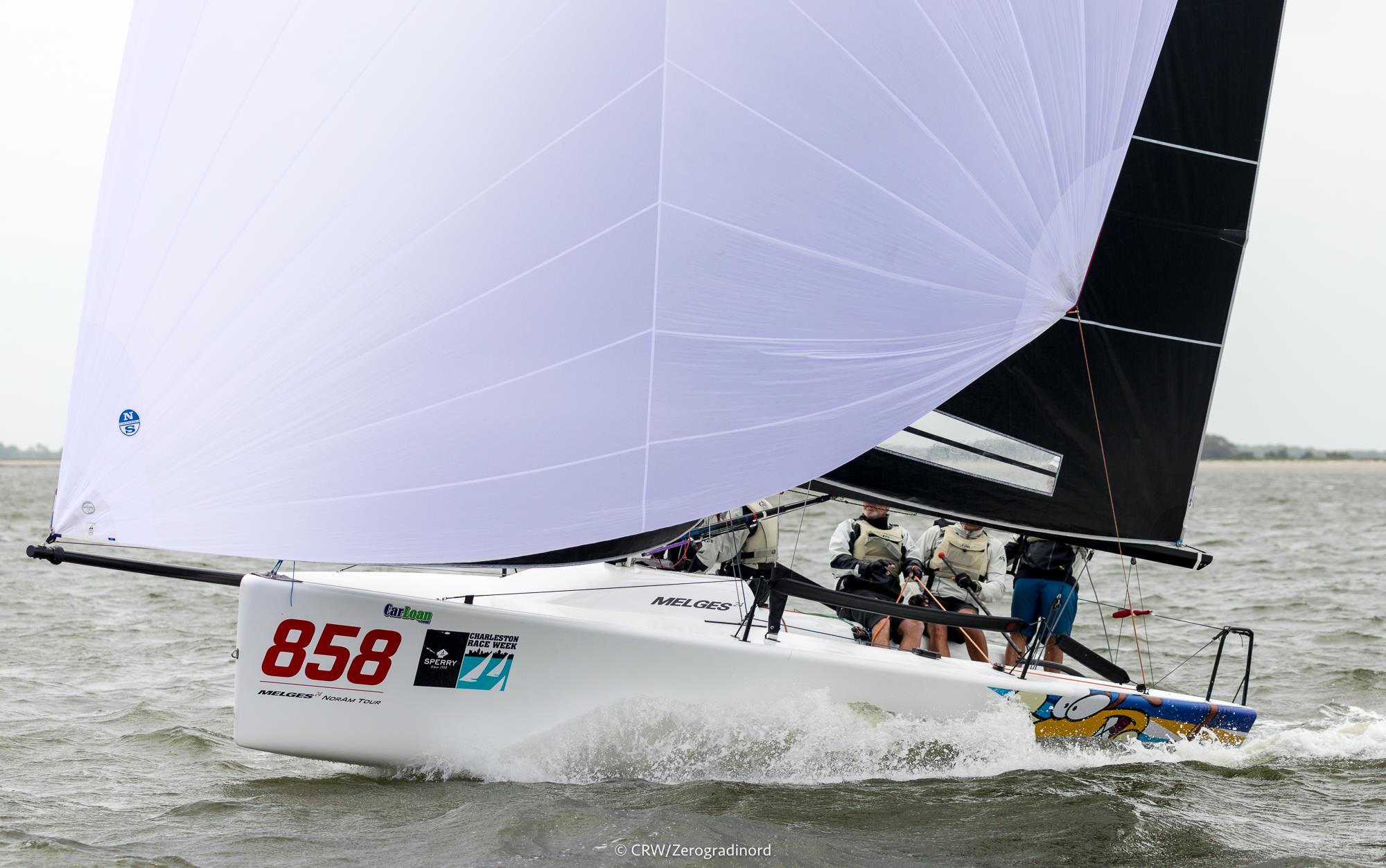 Skipper Travis Weisleder and his Lucky Dog/Gill Race Team rallied to victory in Melges 24 class, which attracted 37 entries. Anthony Kotoun called tactics for Weisleder, who steered Lucky Dog to first place in Race 10 to move into a tie with Monsoon. 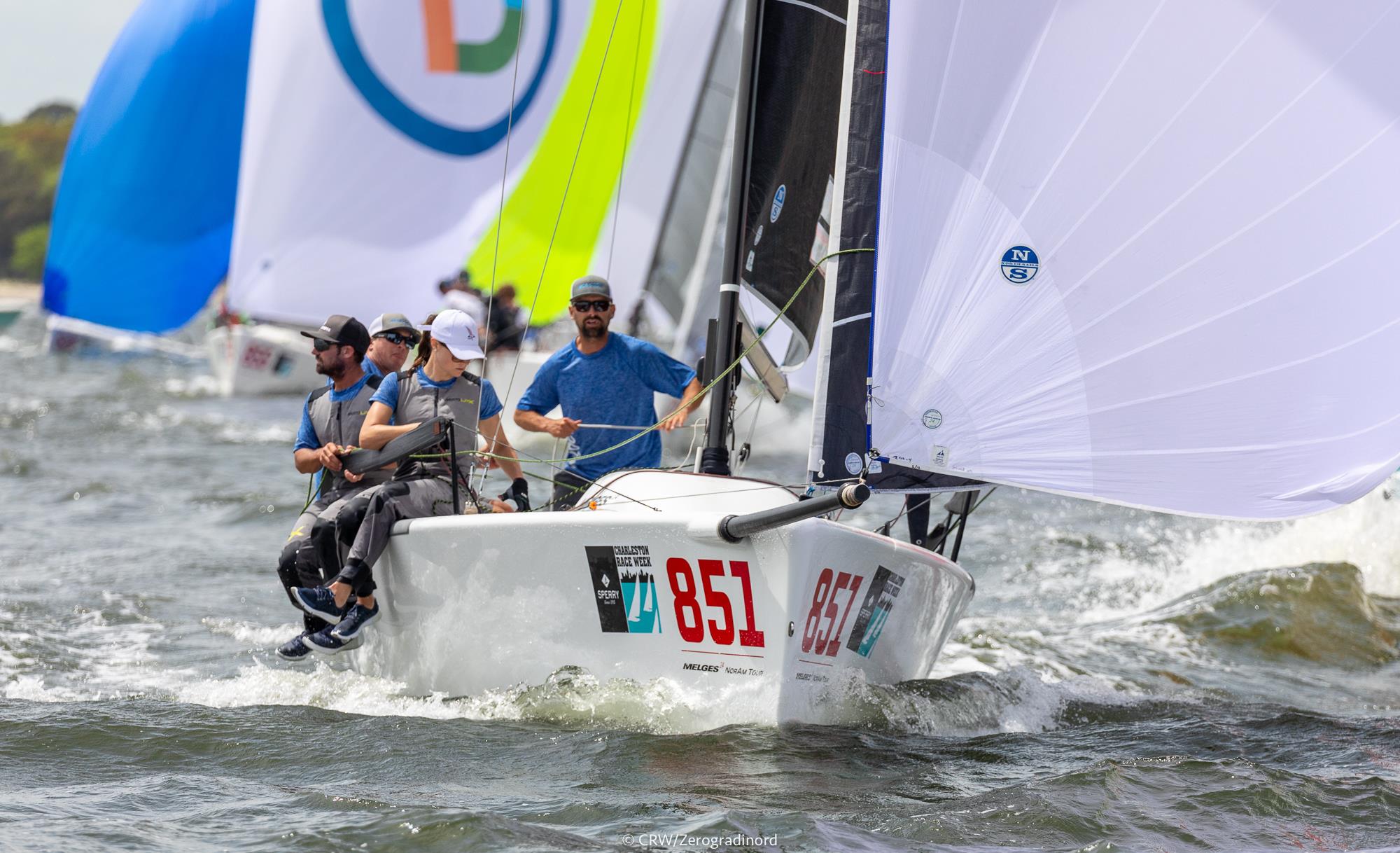 Melges 24 stalwart Bruce Ayres and his team on Monsoon USA851, were leading the regatta until the final day and finished second, tied in points with the winner. Photo: Zerogradinord / Mauro Melandri

Monsoon, skippered by Bruce Ayres of Newport Beach, California, with Mike Buckley calling the tactics, was the Day 1 and Day 2 leader, but could not close things out after finishing fifth in the final race. 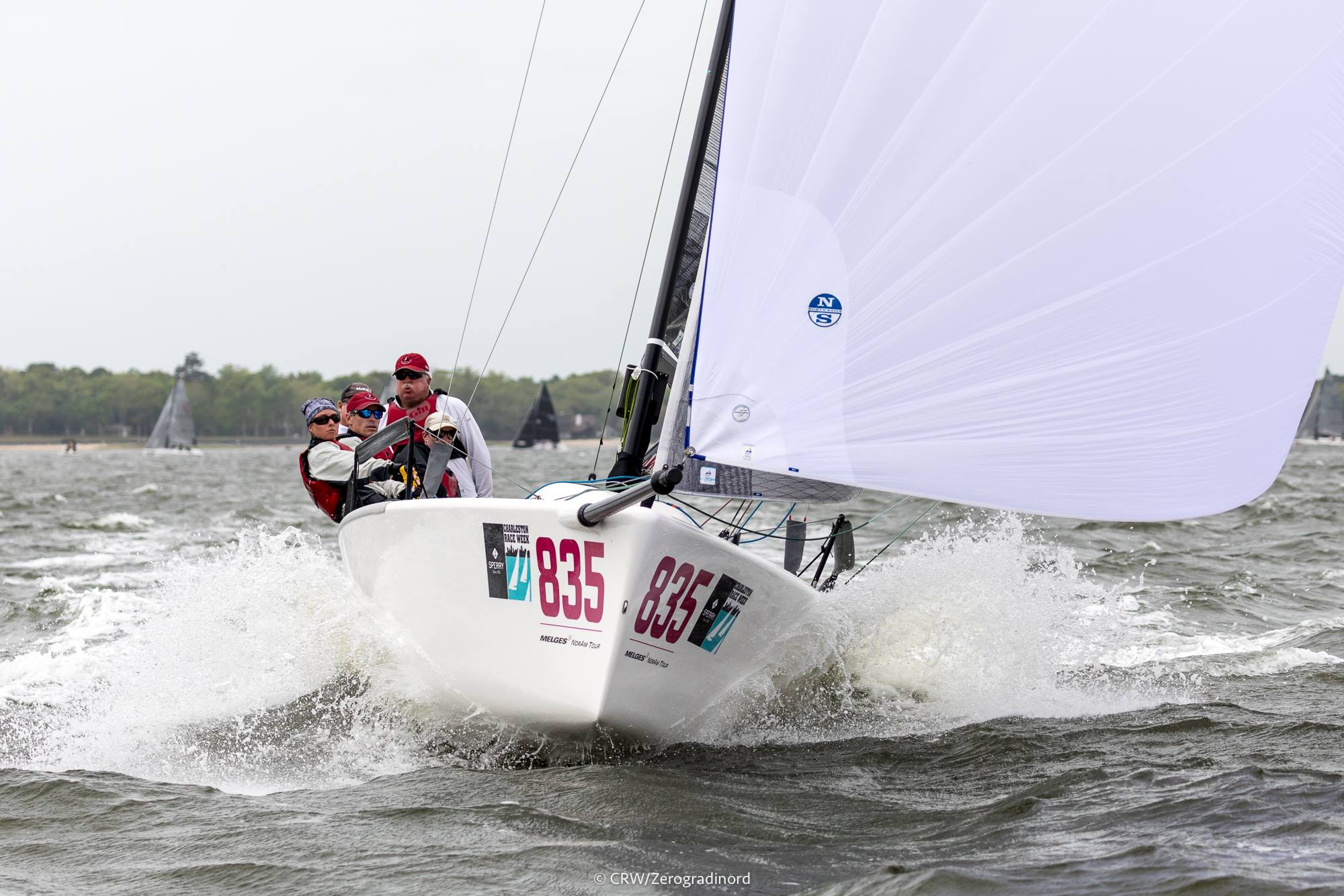 The Melges 24 overall podium was completed by MiKEY USA835, skippered by Kevin Welch of Anacortes, Washington, two points separating from the second.

“We had to win the race and put four boats between us and that’s exactly what happened,” Weisleder said. “We led that last race from start to finish. We got off the line great, went left to find clear air then used our boat speed to climb away and extend. What an awesome way to finish things off.” 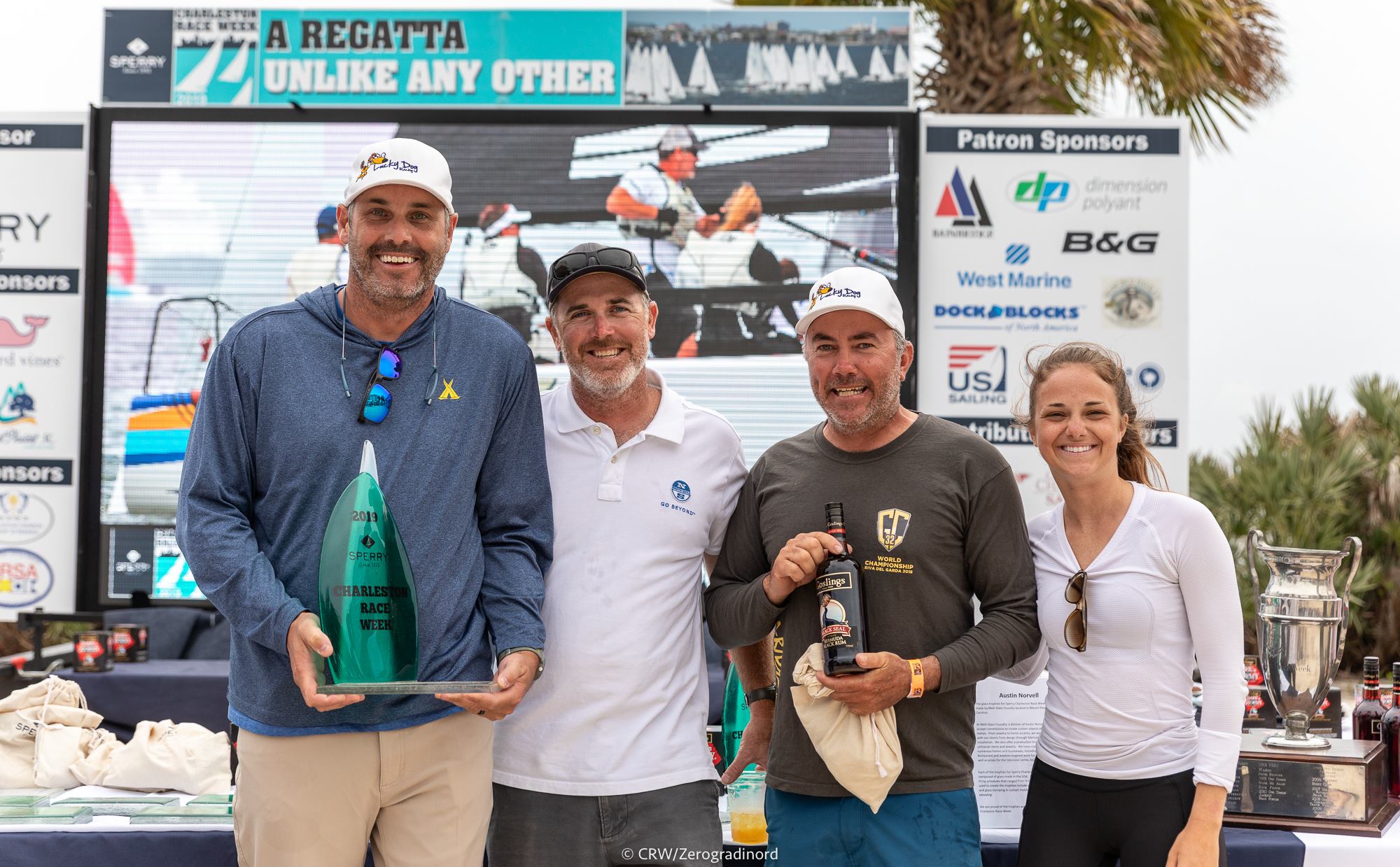 Travis Weisleder and his Lucky Dog/Gill Race Team - photo Zerogradinord / Mauro Melandri
Weisleder, a marketing director for several car dealerships in Richmond, Virginia, has been sailing with headsail trimmer John Bowden for eight years. However, this was the first time Kotoun had been aboard while Jane Rew Buckley was a fill-in on the foredeck. Caroline Main (floater) completed the revamped crew, which came together quickly.
“Anthony did a good job of putting us in the right positions and we’ve been really, really fast all week – both up and down,” said Weisleder, a former College of Charleston sailor who has been racing in the Melges 24 class since 2000.
The Bay Head Yacht Club member has missed just four of the 24 Sperry Charleston Race Weeks held to date and last captured Melges 24 class in 2008. This year’s edition will be memorable for Weisleder, who received the Charleston Race Week Cup, presented for best overall performance by a one-design entry.

Weisleder and his Lucky Dog / Gill Race Team received also the Charleston Race Week Cup, presented for best overall performance by a one-design entry - photo Zerogradinord / Mauro Melandri
“This is a tremendous honor and we’re very, very proud,” said Bowden after accepting the perpetual trophy on behalf of Lucky Dog/Gill Race Team, which had a black flag penalty overturned during a redress hearing. “It’s been a real roller coaster of a regatta and that makes this award even more rewarding.” 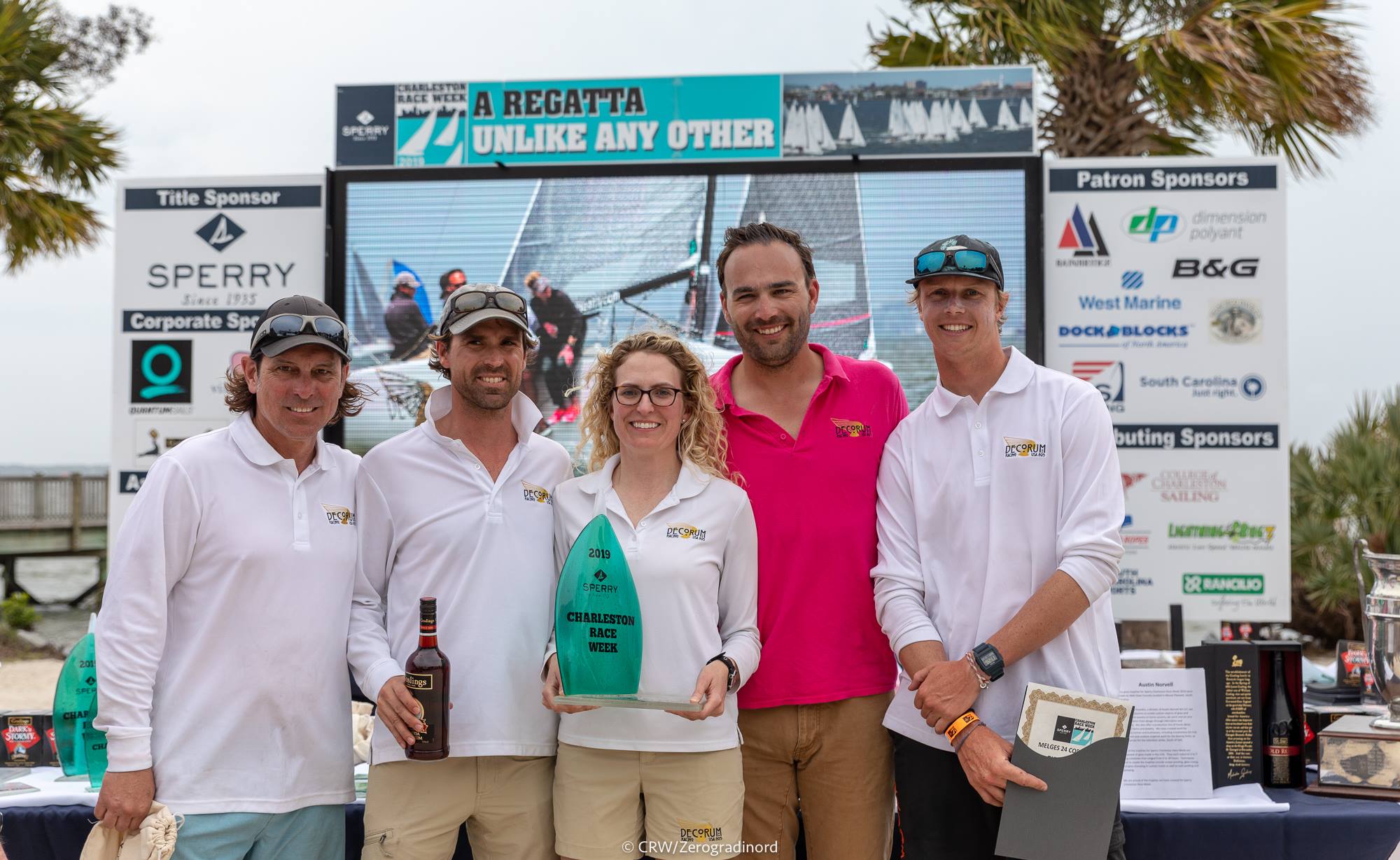