Melges 24 class Finnish Championships were held 13th-15th of June in Espoo, Finland. The title of the Finnish Champion won already for the fifth time and took the Pohjola Trophy to Estonia Lenny with Tõnu Tõniste in helm, and Maiki Saaring, Toomas Tõniste, Andres Rohtla and Tammo Otsasoo in team. 9 yachts were participating, one from Estonia and the rest from Finland. 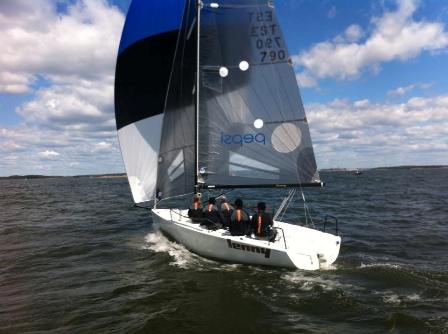 Conditions were different and complicated during three days. Friday was cold like in late autumn, besides showers, wind off and on and shifty. The RC executed two nice races for the fleet to 6 - 8 knots of wind. Navy Sailing FIN-836 helmed by Thomas Hacklin kept up their consistent pace taking two bullets. Navy Sailing was challenged in race one by Lenny EST-790 helmed by Tõnu Tõniste and in race two by Fundanything.com FIN-742 helmed by Tomi Hakola. Lenny was 2nd and 5th on the first day. "We took it too easy and we were not quite ready yet to compete," was Tõnu Tõniste commenting the fifth place. Saturday was a decent sailing weather, he said. "The keyword of the day was strong downwind with velocity of more than 20 knots enabling yachts to “fly" at a speed of 16-18 knots and allowing the boat to show all its charm available - such speeds very often do not experience!" Tension during the Saturday's first race was according to Tõniste pretty high. Lenny lost their leading position in the first upwind mark due to the fact that their gennaker did not came up and during the rest of the distance it was not possible to get their position back. The next three races on Saturday Lenny's team worked like clockwork – three first places in a row and withdraw of the Friday’s fifth place put them to the leading position by the end of the second day although the competition was very close with the Finns.

Sunday was sunny, but no wind in the morning. Sailors were sunbathing on the shore for one and a half hours. But then the decent sea breeze up to 7 m / s came allowing complete two more races. Lenny added to its series two wins in style and claimed the victory - five wins out of eight races tells it all. In all 10 points in overall for Lenny.

The battle for silver was open until the final day of the event. Navy Sailing got an OCS from race 7 and Fundanything.com finished as 3rd. Coming to the last race the wind picked up and the entire fleet had a tight race. Fundanything.com finishing 2nd behind Lenny secured them silver. Navy Sailing finishing 4th in the last race gave them 3rd in overall.

"It was an exciting and intense competition in complex situations, and Finnish competitors are very strong – therefore the victory it was extremely valuable," said Tõniste concluding the competition. 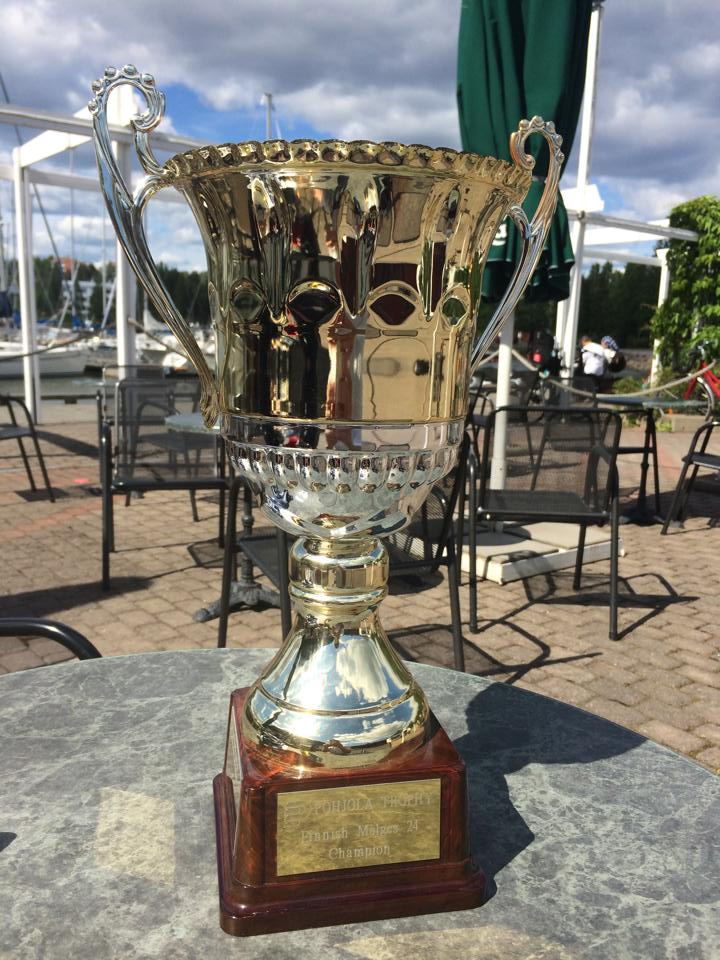