At the end of four days of racing and with a total of eleven races sailed in the widest possible range of conditions, Terry Hutchinson and his crew aboard USA 751 Quantum Racing, are the new at the 2008 Melges 24 North American Champions. After crossing the finish line in fourth place in the second of two extremely nervy races in Annapolis today, a delighted Hutchinson immediately praised the performance of his crew which comprised tactician Scott Nixon, Brian Janney, George Peet and Amy Ironmonger.

"Seriously, you cannot underestimate the significance of the team effort that has gone on here this regatta. I have been the weak link on the boat and these guys have pulled us through."

"The conditions this week have been typical of what we are used to in Annapolis and I have had some local sailors on board which helped a lot at times.”

Second Corinthian here in Annapolis was David Dabney on USA-626 Wireless who finished in twelfth place overall ahead of Alex Shafer who came home in twentieth place overall.

Principal Race Officer Jeff Borland looked to have a real challenge on his hands this morning when for a long time the wind on the racecourse refused to break the five knot barrier. Borland and his race team held their nerve however and were eventually rewarded with just enough wind to run two championship races. Borland said afterwards, "We have experienced the full range of conditions that are typical in Annapolis in the Fall. Between the high winds and chilly temperatures of the first day to the warm, light and shifty conditions we saw today, the crews have been fully tested this week."

Race one saw Morgan Reeser at the helm for Neil Sullivan on USA-750 M-fatic make the best of a left favoured first beat to round the first mark ahead of the pack and go on to win convincingly. Flavio Favini rounded in second and despite prolonged pressure from both Alan Field USA 587 WTF and Gabrio Zandona he managed to hang on to the finish. Field came home third and Zandona fourth. Hutchinson was engaged in a full on battle for fifth place with Ullman for the whole race, which was resolved in favour of Ullman, only on the final run.

At this stage in the championship Hutchinson still held a fifteen point lead, but had to survive one final race to confirm his victory. At the start of race eleven Hutchinson started down at the pin but mistimed his approach and was over early. Quickly gybing around the end of the line, he came away on port tack and hit the right hand side of the beat hard. Meanwhile his main competitor Zandona was leading the fleet up the first beat and looked to be leading the race. Happily for Hutchinson, a major right shift at the top of the leg, slammed the door on the left hand side boats and enabled a relieved Hutchinson to round in third place with a despondent Zandona limping around in twelfth place. At the front of the fleet Ullman sailed a confident race to take the win ahead of Field in second and John Kolius USA 776 KO Sailing, in third.

With Zandona back in tenth, Hutchinson’s fourth place was good enough to confirm his 2008 Melges 24 North American Championship title, by a margin of twenty one points. The other two overall podium places were filled by Gabrio Zandona at the helm of Giovanni Maspero’s Joe Fly in second and Flavio Favini steering Franco Rossini’s Blu Moon in third.

The IMCA is grateful for the hard work and support of the East Port Yacht Club and its members for running a great championship. In particular thanks must go to all the volunteers who gave up so much of their time to make this event possible.

The International Melges 24 Class Association was very proud to bring you all the action, full-on and live from the race course. A special thanks to everyone who tuned in to watch and experience the 2008 NAC. Relive the action and excitement by visiting the official Melges 24 blog at http://blog.melges24.com. 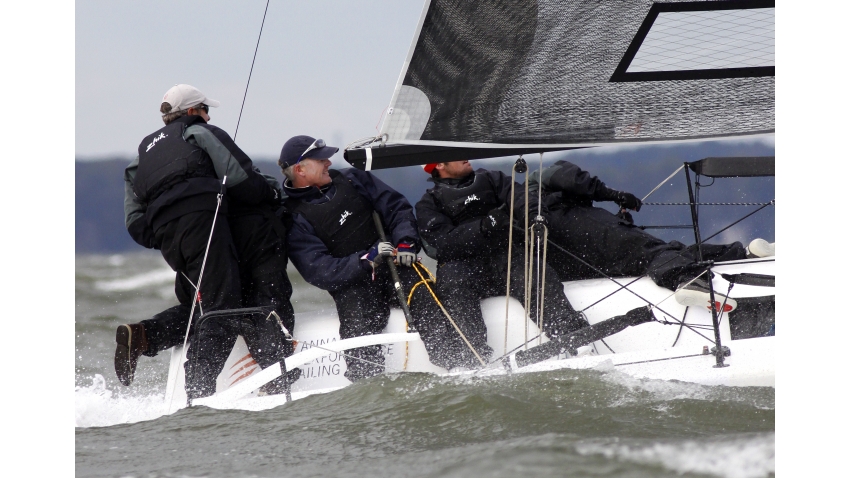 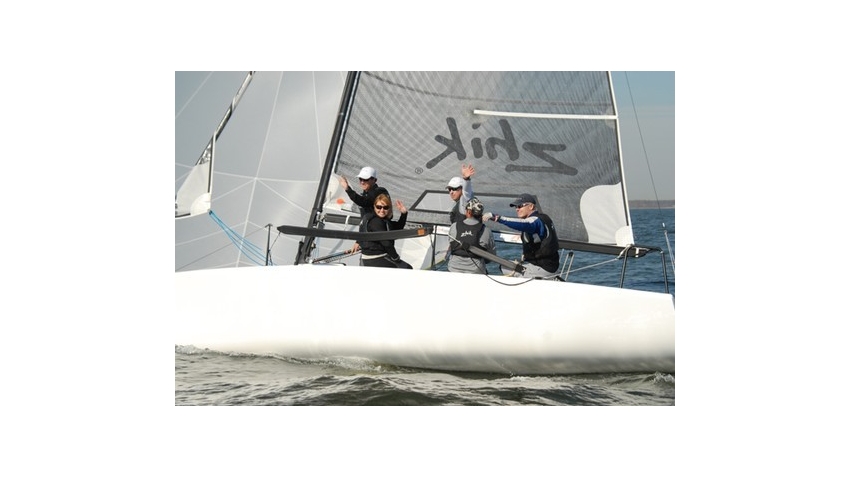