A jubilant Luca Santella with his Joe Fly Team of owner Giovanni Maspero, tactician Morgan Larsen, trimmer Federico Michetti and bow Camilla Bert confirmed they are worthy winners of the 2003 Melges 24 European Title taking a second place in the final race of the championship in Helsinki today.

Today’s tenth race saw a slight drop in wind which varied from around 12 to 15 knots giving the crews a welcome respite from the windier conditions of the last four days. After a general recall racing got underway with a clean start at the second attempt and off the line it was Santella who got a great start in the middle of the line. Unfortunately it was those on the right who were in the money and at the weather mark it was Jamie Lea and the Black Seal team who led the fleet. Behind him Christophe Barrue, helming Denis Infante’s Eurovoiles, came in on starboard forcing Morgan Reeser in Philippe Ligot’s P&P to duck before tacking into third. Santella slotted into fourth from Micke Lindqvist, helming Lek for Trond Solli-Saether and Flavio Favini.

Down the first run Lea held his lead whilst Barrue and Reeser duelled all the way with Barrue just in front at the mark. Andrea Racchelli had a great run to pull up from the late teens to fourth from Santella, Lindqvist and Favini with home boy Kenneth Thelen in Suunto in eighth. At the leeward gate the fleet split with Lea, Reeser, Racchelli and Favini going for the right side and Barreu, Favini, Lindqvist and Thelen going left. Left turned out to be the smart option and by the second weather mark Barreu had taken a 40 second lead from Santella with Lea back in third, Lindqvist fourth and Thelen fifth. Egidio Babbi in Citta’ Di Cesena also took advantage of the shift to pull up to sixth in front of Reeser with Mark Rushall, helming Proctor Winning Masts for Quentin Struass, in seventh and Favini eighth. On the final lap Barreu opened up his lead still further to win by over a minute from Santella, Lea and Thelen. Babbi pulled up to fifth whilst Jean Francois Cruette, helming Scutum for Cedric de Kervenoael, sailed both smart and fast to come from tenth to sixth with Rushall seventh and Reeser eighth.

For Luca Santella and Federico Michetti this win was particularly emotional as they were both great friends and regular sailing companions of the legendary Giorgio Zuccoli, to whom the Melges 24 European Championship trophy is dedicated. Before his death in March 2001 Giorgio won both the Melges 24 European and the World titles with Federico in his crew and it was Giorgio who first introduced Luca to the joys of Melges sailing. “We had good luck in the Championship and we had good speed and have improved a lot down wind and we were consistent.” commented Luca Santella after sailing. “To win Giorgio’s trophy is unbelievable, we sailed together and against each other for many years and it is so special to feel so close to him again.”

It has been a fantastic championship with great racing, great weather and a great atmosphere. The Finnish Melges 24 fleet and the Helsingfors Arbetare Segelklubb have made an enormous effort to ensure all the Melges 24 crews are going home very happy and our special thanks go to event sponsors Jacob’s Creek, 3M and Scandic Hotels. 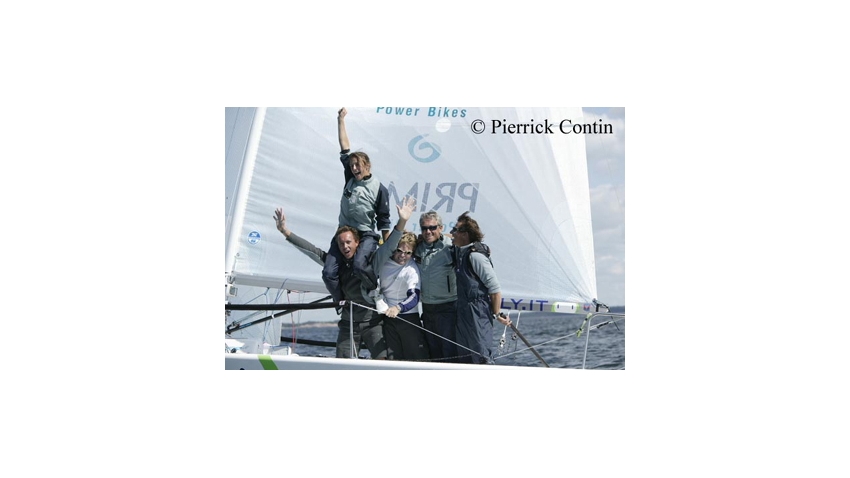