8th June, 2016 - Stavanger, Norway -  2016 Open Melges 24 Norwegian Championship was hosted by Gandsfjord Yacht Club supported by Yacht Club 1928 (Stavanger) with base in Hinna Park, Stavanger this weekend, in fantastic summer condition from Thursday to Sunday. 22 boats made the trip from Trondheim, Bergen, Stord, Farsund, Kristiansand, Larvik, Tønsberg, Oslo, Sweden and Germany. Total of three nations and 14 Norwegian Yacht Clubs represented shows that the Melges 24 class is strong all over the Norway and going strong in Scandinavia.

The final results for the 2016 Open Melges 24 Norwegian Championship were still open after eight races on Friday and Saturday, with NOR751, Storm Capital Sail Racing leading. 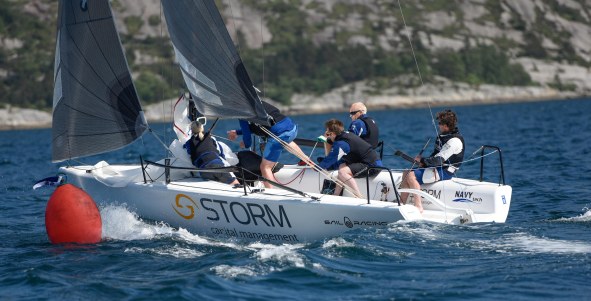 Sunday morning was showing sun, but light and unstable wind, and AP ashore. But eventually Gandsfjord Yacht Club was able to start the final two races of the championship, in somewhat unstable conditions, with varying pressure from NW.

After leading the first windward mark in Race 9, Team RRH NOR732 - Herman Horn Johannessen, Jan Boros, Jan Frederik Dyvi, Stian Næss Rørvik and Marius Tandrevold from KNS Yacht Club and Stavanger Yacht Club dropped to 14th place on the finishing line, and out of the top 3 for the Championship as Team RRH had a OCS from Race 6 on Saturday. 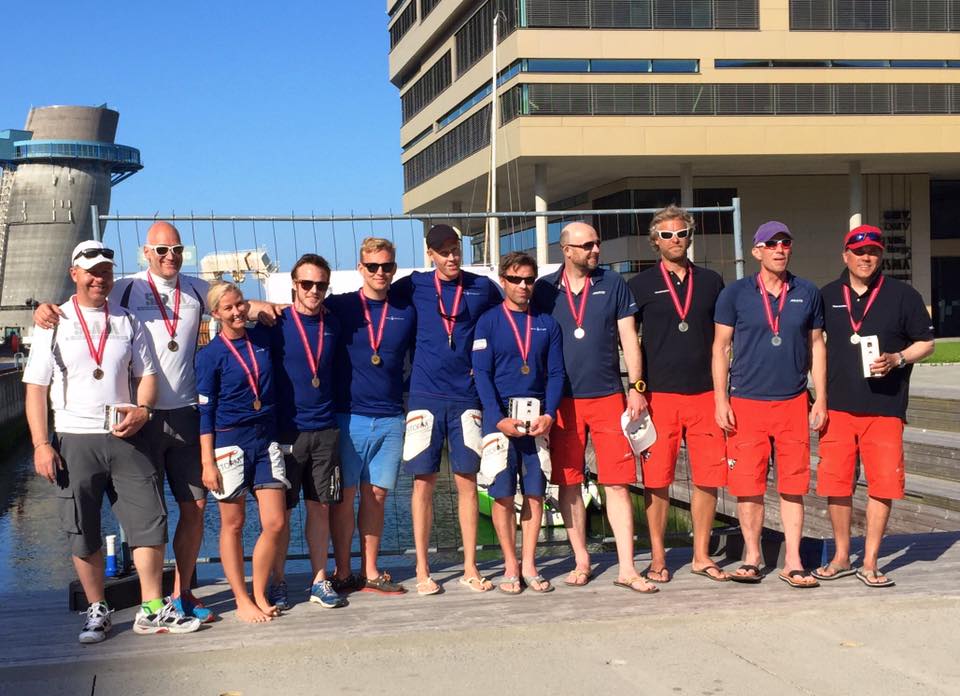 A total of 22 boats participated this year at the Open Melges 24 Norwegian Championship, and it is nice to the see that the Melges 24 fleet grows in the South West region of Norway. 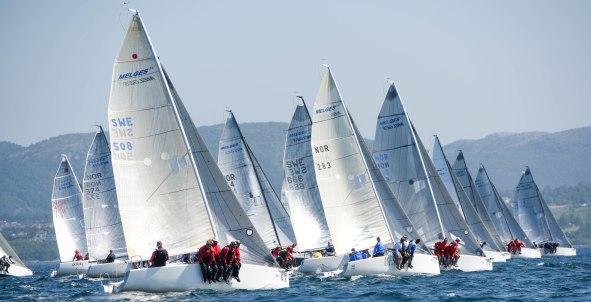 Melges Rocks after sail, Friday and Saturday, and Championship dinner Saturday was hosted by Fjordpiren, Hinna Park 100 from the venue harbour. Good service, good food, supplemented with beer from the local brewery Lervig, and med. like weather greeted the sailors!

Annual General Meeting and the new board of the Melges Norway

Melges Norway’s Annual Meeting was held on Friday evening. 2017 Open Melges 24 Norwegian Championship will be hosted by Fredrikstad Yacht Club at Hankø, in early September 2017. Elections of the new board was completed. Jan Inge Hellesmark resigned as chairman of Melges Norway after two years as a board member (2012-14) and chairman since 2014 (due to the fact he is living in South Korea now). Members of the board Jan Fredrik Dyvi and Kristian Notto also resigned as board members after serving the class for two and three years. Christoffer Solgaard Jakobsen, Fredrik Eriksen and Gisle Bjørsrud Bø were elected as the new board members.