May 10, 2022 - Fort Lauderdale, FL, USA - With several days of pre-regatta registration, boat and sails inspection at Pier Sixty-Six now completed and first practice races sailed, on the eve of the official start of racing, all thirty-one boats competing at the 2022 Melges 24 World Championship in Fort Lauderdale, FL, U.S, are moored in the docks of Lauderdale Yacht Club, where this evening at six o'clock will be regatta's Opening Ceremony. 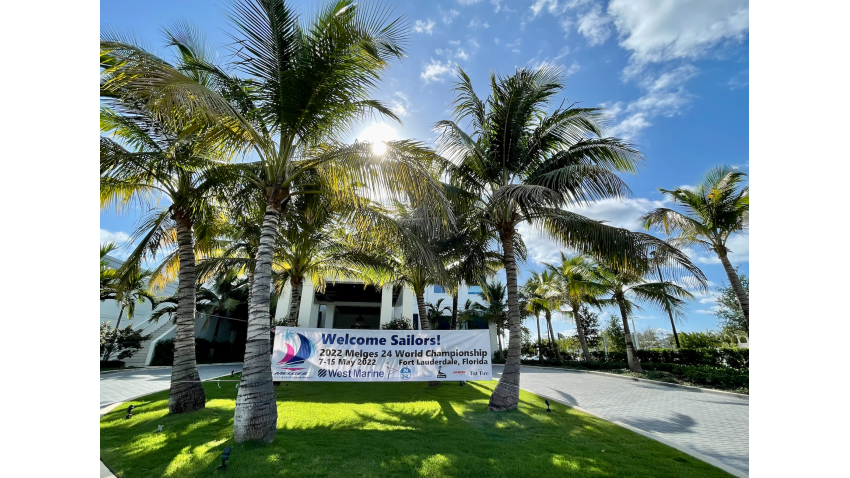 Laura Grondin, IM24CA Chair and owner of Dark Energy is delighted to see the Melges 24 Worlds finally happening after being postponed two times due to the global pandemic. “The sailing here in Fort Lauderdale is fun and fantastic with lots of breeze - perfect for the Melges 24. We are very fortunate that the Lauderdale Yacht Club stepped up to host our first Worlds since 2019.” Underlying the high and competitive level of the Worlds fleet she says that “The competition will be fierce!”

This year's Championship has attracted entries from five nations and features crews from Canada, Great Britain, Italy, Germany, and United States. As is expected at major Melges 24 championships, the pedigree of the fleet is impressive as ever, boasting past Melges 24 World Champions, U.S. Sailing Rolex Yachtsmen, any number of dinghy, one-design and offshore national and world champions, as well as Class stalwarts and some of the most talented international Corinthian crews to be found anywhere.

The meticulous efforts of the competitors readying themselves for this event has been matched in equal measure by the lengths to which the organisers have gone to ensure that this regatta runs smoothly and according to plan. Based on the highly positive reaction so far from the competitors about the hassle-free registration and launching process, it appears that everyone's hard work is already being rewarded.

With only hours to go now to the start of the twelve-race series, the atmosphere around the regatta centre is best described as electric. Although there are certainly some obvious candidates for the podium positions here in Fort Lauderdale this week, the 2022 World Championship looks likely to be one of the most open in recent history.

The U.S. squad is the largest at the event and perhaps also has the greatest potential to produce a winner, including as it does the likes of 2021-2022 Bacardi Winter Series winner Peter Duncan helming Raza Mixta; Bora Gulari on the helm of New England Ropes – winner of three past Bacardi Invitational Regattas and the current leader of the US National Series ranking; 2021 Rolex Yachtsman of the Year Harry Melges IV steering Zenda Express; the highly accomplished Laura Grondin powered with the tactician Taylor Canfield onboard Dark Energy; eight-time U.S. National Champion Brian Porter on Full Throttle and recently crowned three-time Charleston Race Week Champion and reigning North American Champion Travis Weisleder on Lucky Dog. We can keep a close eye also on Pacific Yankee of Drew Freides, with five-time World Champion Federico Michetti onboard along with class stalwart Morgan Reeser, coached by Melges 24 first ever World Champion Vince Brun.

“We are a fairly new and young team on the Zenda Express but we feel pretty confident in our set up at the moment,” said the young Harry Melges IV. “I would say our goal is to podium at this Worlds and if we sail well, I think we could be in the mix to win. I think even though we have thirty-one boats at this Worlds, each one here has put a lot of time into getting faster and it really shows, the entire fleet is really quite impressive.”

Additionally, from other countries, 2018 World Champion Italian star Andrea Racchelli on Altea will be challenging entire fleet and well performed German Nefeli steered by Peter Karrié, along with experienced Italian crew will be looking to make a further name for himself on the world stage. All in all, there’s a significant number of crews with the skills and experience to enable them to mount serious challenges for the 2022 world title.

“It's amazing to be back in at Melges 24 Worlds after three years. We missed and have waited a long time for this event,” says the legendary Andrea Racchelli. “I think sailing in the ocean will be very interesting. We will find a strong fleet and the level is, for sure, very high. The Melges 24 is still the best one design boat and is always a pleasure to sail and race.”

Melges 24 World Championships are raced as one fleet but include a Corinthian Division which strictly excludes World Sailing Category 3 sailors. Competition in this division is understandably fierce and with some of the most talented amateur teams in the world racing here this week, it will be no surprise to see Corinthian crews getting in amongst the leaders of the main fleet. Ten teams have qualified to race as Corinthians at the 2022 World Championship including defending, three-time Corinthian World Champion Niccolo Bertola (ITA) at the helm of Taki 4, 2019 Corinthian U.S. National Champion Steve Suddath on 3 and a Half Men and 2017/2019 Corinthian Melges 24 North American Champion Fraser McMillan (CAN) on Sunnyvale, if to name only a few.

Schedule of Event:
May 10 – Practice Race and Opening Ceremony
May 11 - 15 – Racing at the Melges 24 World Championship 2022
May 15 – Prize Giving and Closing Ceremony in Lauderdale Yacht Club 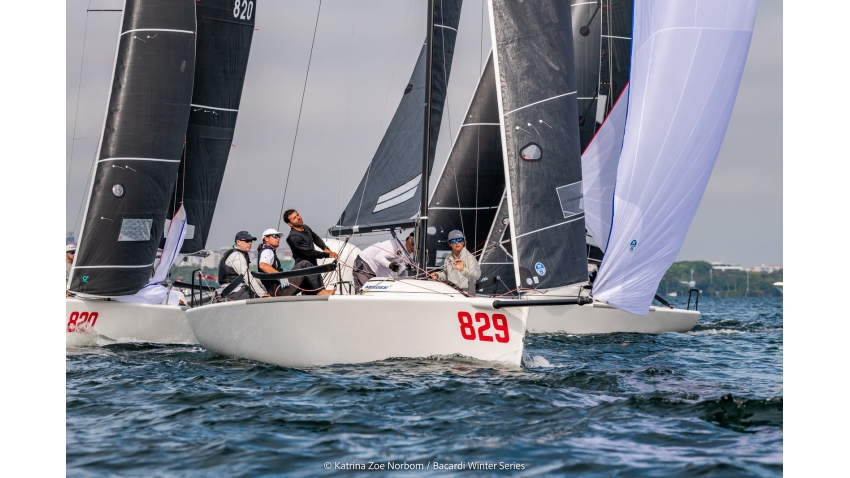 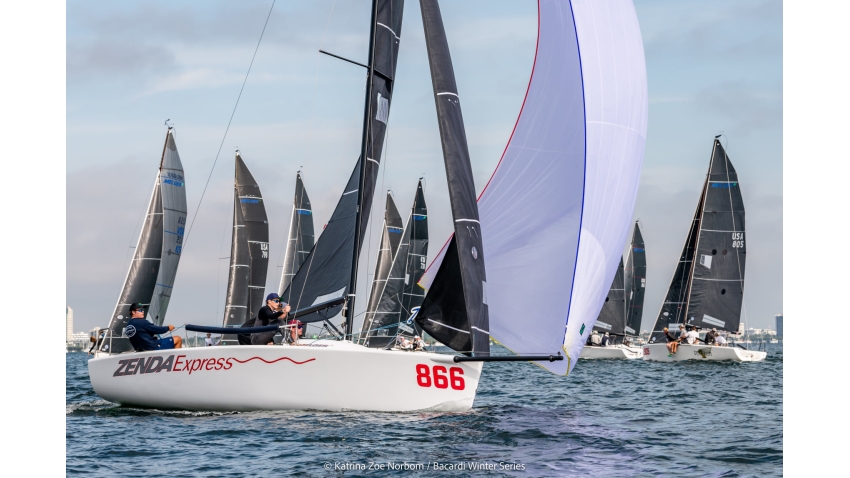 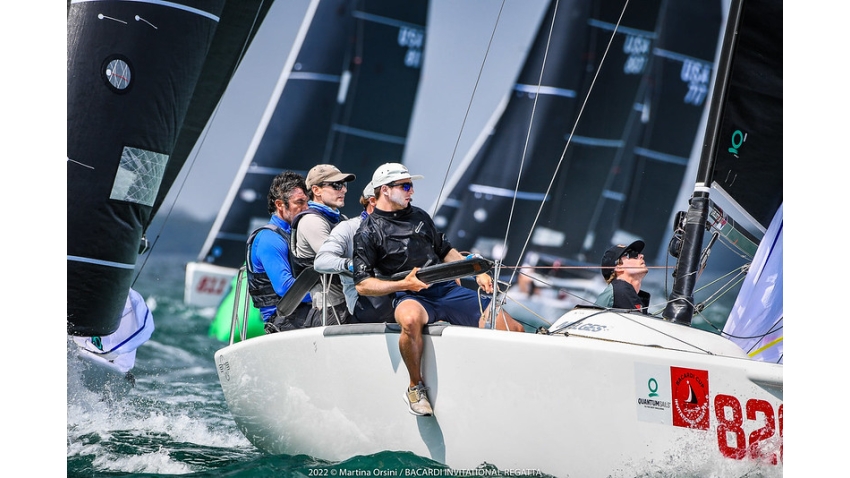 Bora Gulari on the helm of New England Ropes USA820 – winner of three past Bacardi Invitational Regattas and the current leader of the US National Series ranking onboard with Kyle Navin, Norman Berge and Ian Liberty and Michael Menninger 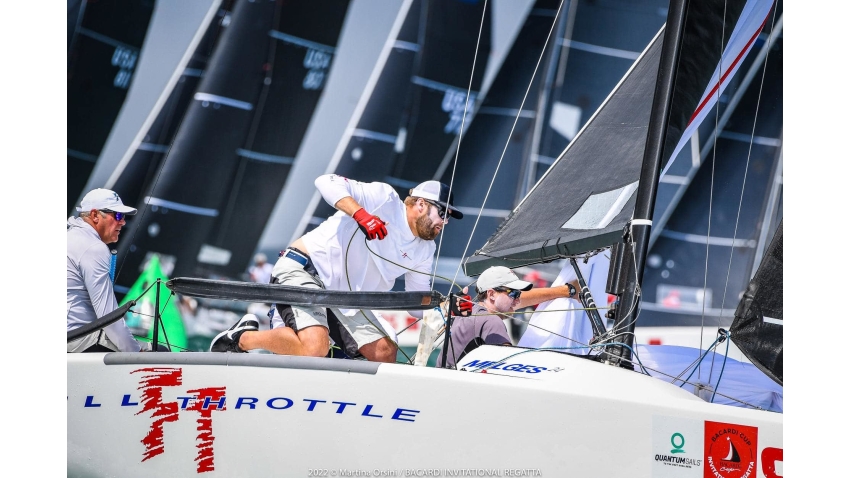 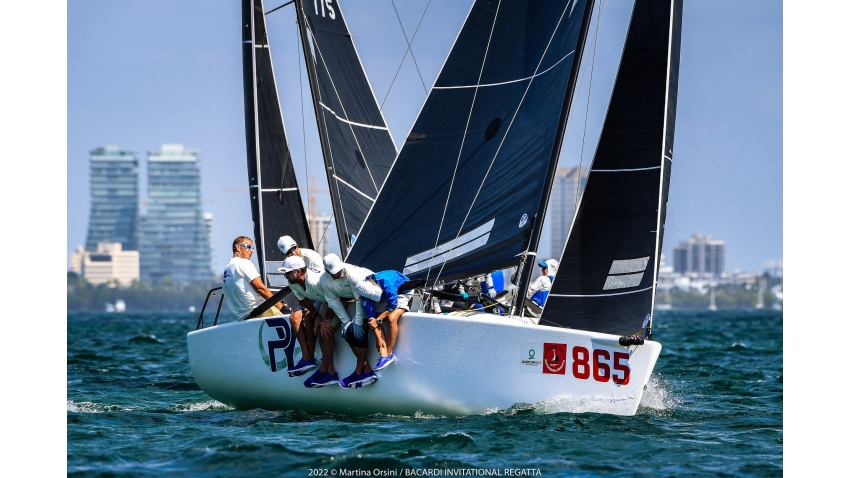 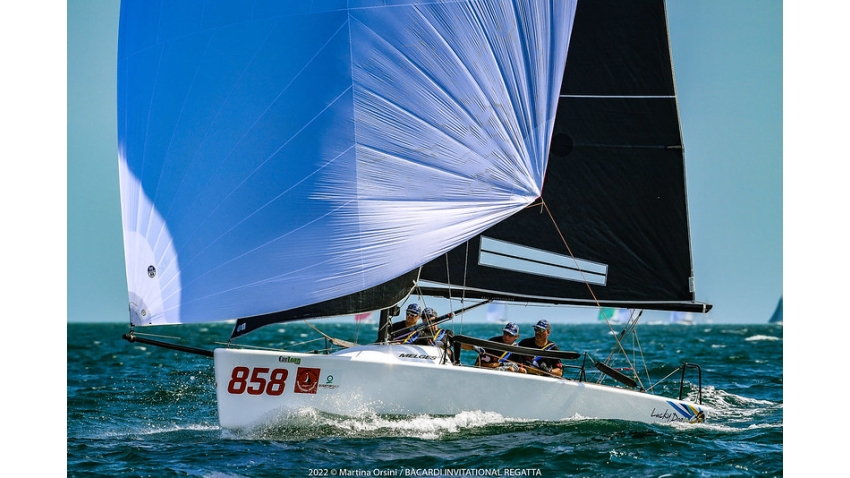 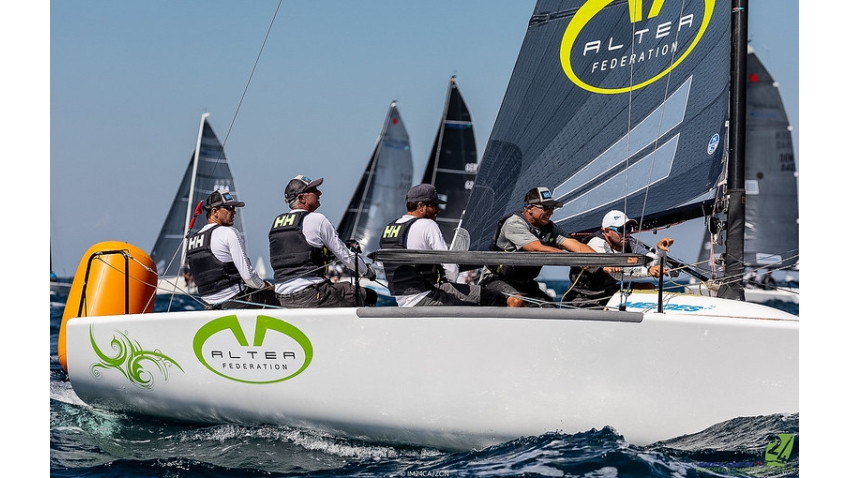 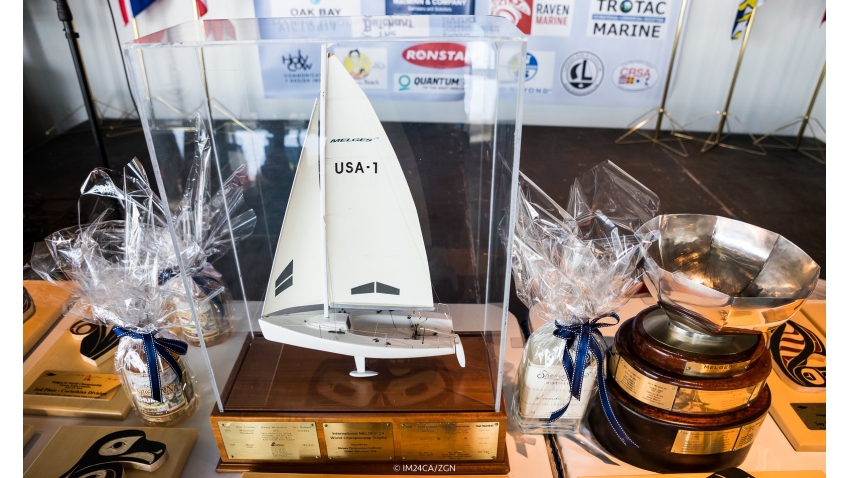