The 2012 Melges 24 North American Championship came to a spectacular close in San Francisco today with two final races to complete the eight race series, and an outstanding victory by Warwick Rooklyn and his team from Australia sailing Bandit.   The Berkeley Circle kept its best conditions for last with clear skies, warm sun and a glorious 15-18 knots ensuring champagne sailing all the way.

Going into the day Rooklyn held a five point lead over fellow Australian Nathan Wilmot, helming Embarr for Ireland's Conor Clarke, and in the early stages of race seven it looked like Embarr might be capable of closing that gap.  The two boats were neck and neck around the first leeward gate, but on the second lap Rooklyn held his nerve whilst Wilmot struggled to stay on the pace, ultimately dropping back into third behind Full Throttle.  On the line Bandit's crew double checked the points and were happy to confirm they had won the regatta with a race to spare - the first all southern hemisphere team to claim a Melges 24 continental championship.

As Rooklyn and his crew of tactician Jeremy Wilmot, bow Daniel Nixon, spinnaker trimmer Doug McGain and jib trimmer Sean O'Rourk headed back to the dock the rest of the fleet went into battle for the remaining podium places.  Wilmot was now on 17 points with Alan Field, sailing WTF, on 20 and Argyle Campbell's Rock N Roll on 21.  From the off Wilmot was determined not to let another podium place slip through his fingers and he put up an impressive fight to take the race and second overall.  Field finished the race in fifth place, which was just enough to take the final podium position.  The overall top five was completed by Flavio Favini, sailing Franco Rossini's Blu Moon, who's second place in race eight enabled him to beat Campbell into fifith.

In the all amateur Corinthian Division the victor's laurels went to Don Jesberg of San Francisco Yacht Club, sailing Viva with Andrew Holdsworth, Steven Marsh, Eric Baumhoff and Andrea Cabito.  Fellow SFYC member Shawn Bennett, sailing Melges 49 took second place and Scott Holmgren of Oklahoma, sailing Rosebud, completed the Corinthian podium lineup.  The Corinthian teams race within the open division but their scores are calculated as a separate series.  The racing in this division is just as cut-throat as in the open division and the Corinthian teams also put in great overall results too with Don Jesberg finishing 8th overall in the competition.  The Melges 24 Class is rightly proud of its all amateur teams who bring a unique spirit, enthusiasm and a truly special atmosphere to the class and events.

At the prize giving the worthy winners both received rousing cheers from their fellow competitors. Alongside the formal prizes the winners also received wonderful Pusser's Rum ceramic hip flasks and the Pusser's Rum/Regatta Ginger Beer Photo of The Week was awarded to Richard Thompson's Black Seal, helmed by Derek Ratteray.

Speaking after the prize giving Warwick Rooklyn talked of his love of sailing in San Francisco, his pride in winning this prestigious trophy and his hopes for the development of the new Australian Melges 24 Class, which has been growing rapidly in both numbers and quality over the past couple of years.

"San Francisco Bay is just an awesome place to sail.  Probably the most interesting venue I've ever raced at with the tidal effect, the temp changes, the fog burn off, the differentials between San Francisco YC where its warm and we're in T-shirts and down on the Berkeley Circle where you're in full thermals and its totally cranking.  So it's as much a mental as a physical challenge.

"Sailing a Melges 24 is a team effort and I've been blessed to have found a great team where we've got a whole bunch of different ages and experiences and the mix just works.  We have a great time sailing together, there's no stress, we have a laugh, but when its time for business we all just get on and do our jobs.

"It's an honour to lead such a great Australian team with an Australian built boat and to be the first all southern hemisphere team to win a major Melges 24 Championship.  We're committed to coming back to America to do several more regattas leading up to the 2013 Worlds in San Francisco and, if we get a favourable vote at the International Melges 24 Class AGM in November, we'll be following that up in early 2014 with the first ever Melges 24 World Championship in the southern hemisphere at Geelong, Victoria, Australia.  The vibe in Australia is really positive to the Melges 24 Class, the class is growing rapidly from a small base and there are many, many top competitors from different classes who are ready and waiting to jump into the class for a 2014 Australian Worlds.

"It's been a great thrill for me to race against Olympic Gold Medallists, multiple World Champions, ex America's Cup sailors and some of the top Pro and amateur sailors in the World, it's an awesome blend of people and a great feeling in the class!"

The 2013 Melges 24 European Championship will take place in Medemblik, The Netherlands from 16-24 August.  The 2013 Melges 24 World Championship will take place in San Francisco from 30 September to 5 October.  You can keep up with all the latest news and developments for these events via:
IMCA Facebook Page
Twitter
Results
Photos by © Fiona Brown 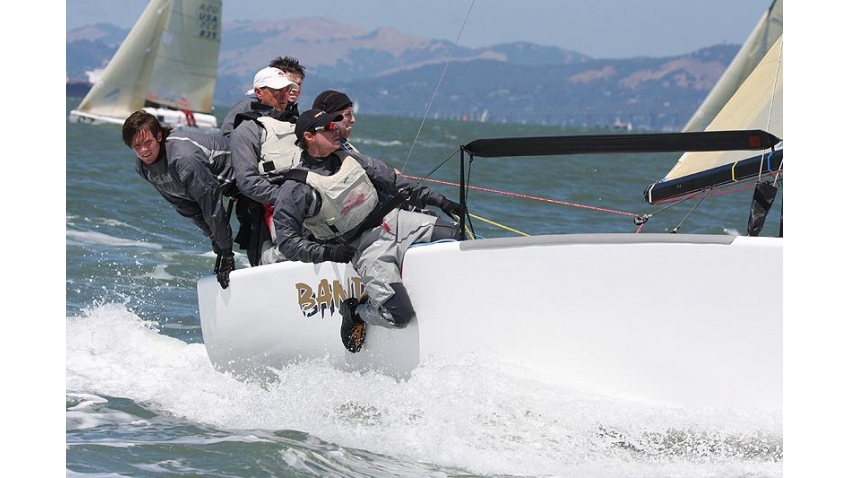