13 July, 2015 - Windsor, Ontario, CAN - Richard Reid and his crew from the National Yacht Club in Toronto was crowned the Melges 24 Canadian Champion, sponsored by Colchester Ridge Estate,  Winery after a hard fought 5 race series.

Although the wind did not cooperate on the final day resulting in no races for Sunday , Lake St. Clair provided a steady 6 knot wind for Friday and Saturday with some challenging shifts and currents. Zingara finished the regatta with 1 point lead over Rush owned by Mike Gozzard from Goderich ON.  Rounding out the top three was KC Shannon (Fayetteville GA) on Shaka.  Shaka also was the top Corinthian boat in the regatta. In Melges 24 championships, professional and Corinthian (amateur)   crews will race against each other in a single fleet for the overall Melges 24 Canadian Championship title. 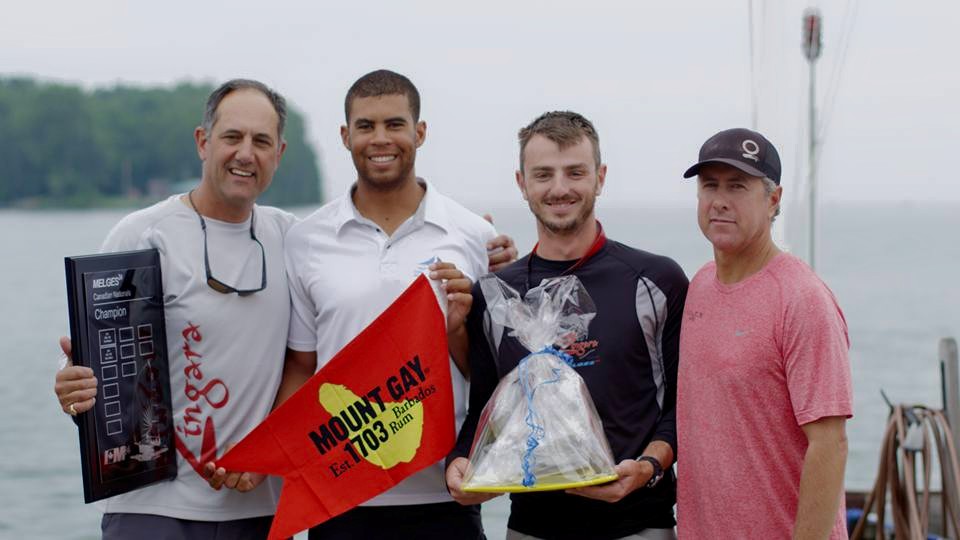 Windsor Yacht Club and the Canadian Melges 24 Class together with headline sponsor of Colchester Ridge Estate Winery were proud to have the help and sponsorship of Mount Gay Rum, Tim Hortons, Dan's Chandlery, North Sails.