27 March 2015 - Portoroz, Slovenia - The first day of the Melges 24 European Sailing Series 2015 first event in Portoroz, Slovenia welcomed the sailors with a pouring rain and +12 degrees. As a result of the day 3 races were completed.

The north/east wind called Bora, which is cold, dry and very gusty, filled the bay with the gusts of 20 knots. Heavy rain together with Bora forced to postpone the racing for one hour. After three races sailed Audi tron (ITA-840) is leading the Melges 24 fleet of 22 boats from 10 countries with three bullets, ahead of Imagine (GBR-557) and Storm Capital Sail Racing (NOR-751). FGF Sailing Team (HUN-728) being at the 4th position in overall is leading the fleet of Pro Am (Corinthian) division. 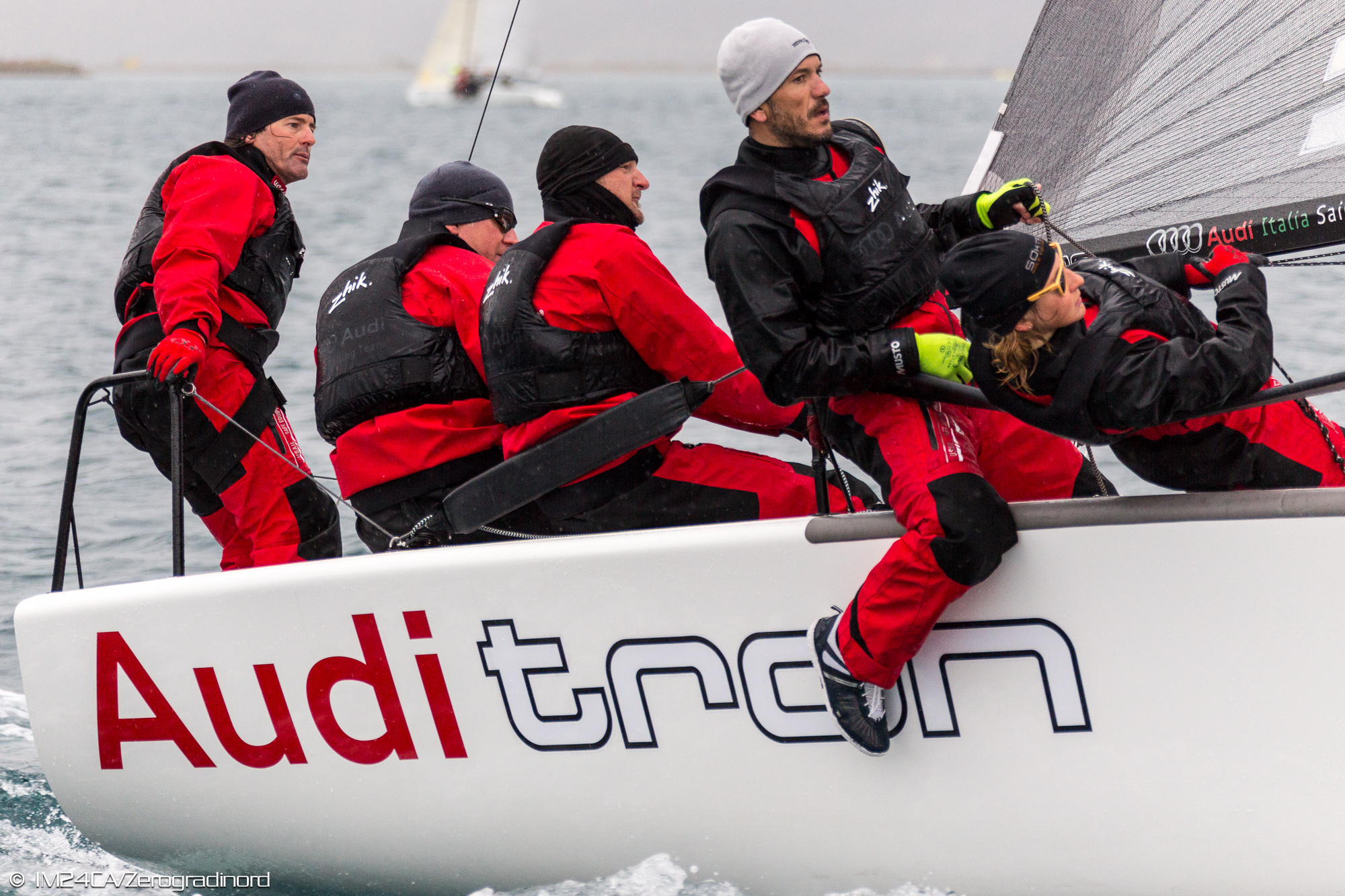 “It was a good sailing here in Portoroz today – nice, but a little cold. In the first race the wind was steady and we managed to win the race with almost two minutes margin ahead of the 2nd which allowed us to test some new sail in the 2nd and 3rd race,” said the helm of Audi tron Riccardo Simoneschi. “The fleet here is great and very competitive. We are looking forward to the next days,” admitted Simoneschi. 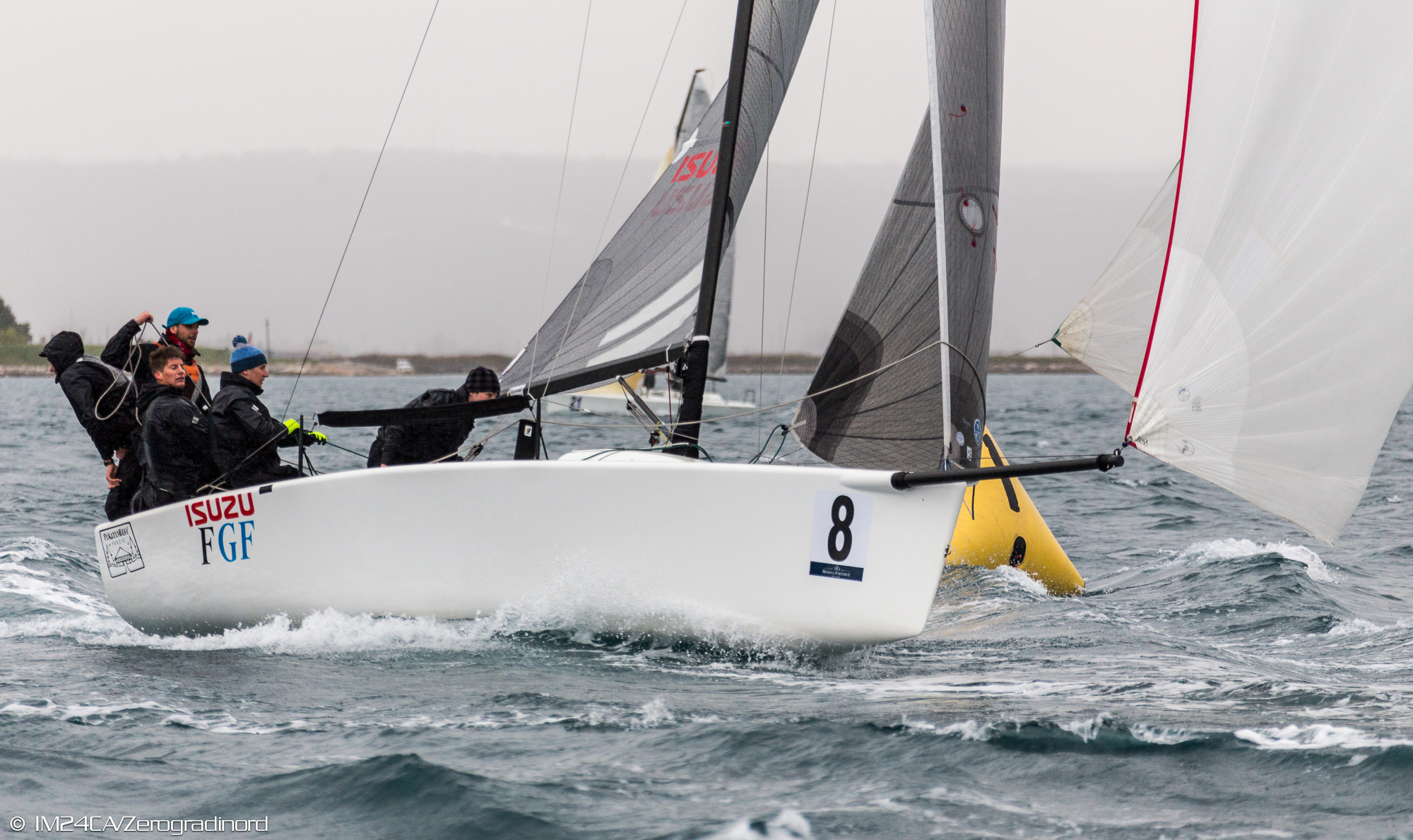 The helmsman of the current leader of the Pro Am division FGF Sailing Team Robert Bakoczy said that it was a terribly cold but fun day on the water. “The organisation of the racing was great and Race Committee did their job very well. Wind was shifty and similar to the Lake Balaton – most probably this gave us the advantage today. It’s our first competition of the season and we are happy with the results of the first day. We enjoyed the racing and the pizza after the racing,” Bakoczy and the team were saying happily. 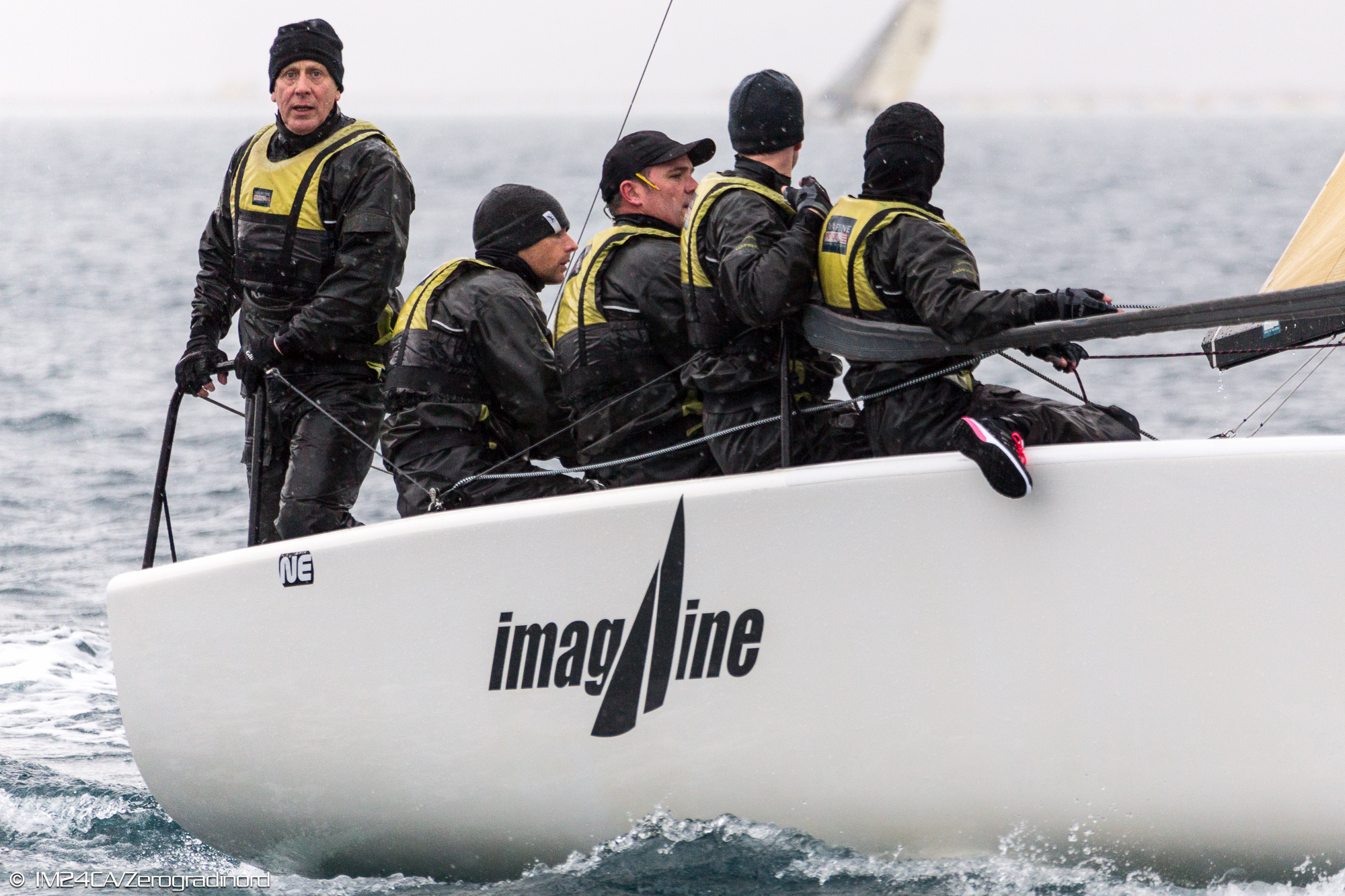 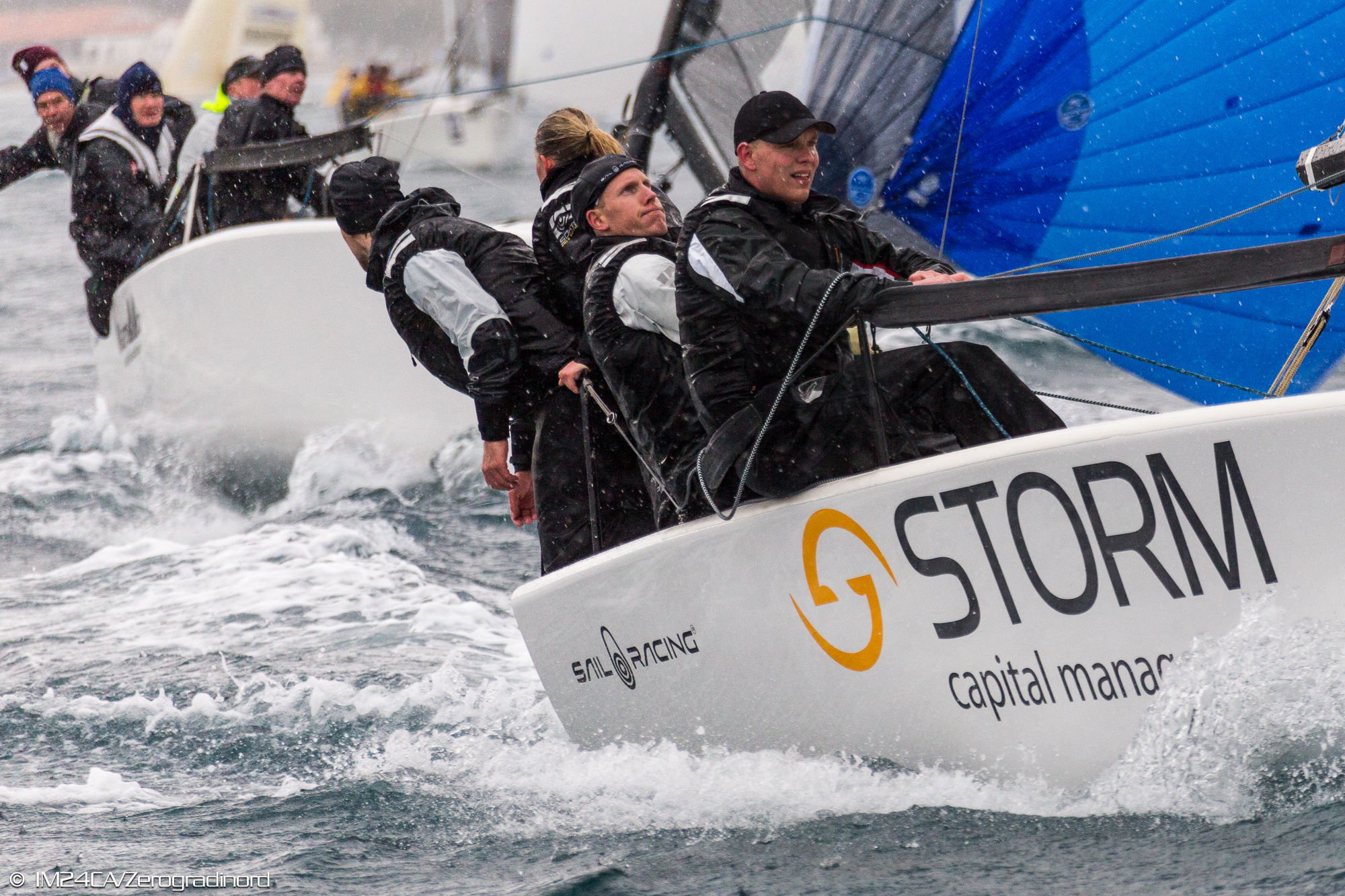 Action in Portorož resumes tomorrow at 11:00.

The results for the Top 10 boats:

Photo gallery of the day by IM24CA/Zerogradinord