September 29, 2014 – Melges 24 European Sailing Series 2014 got a spectacular conclusion in Medemblik, the Netherlands on September 19-21. The series opened in Portorož, Slovenia in March and featured five regattas including MKB Bank Melges 24 European Championships on the Lake Balaton in May, Kiel Week in June, Italian Melges 24 Act 3 in Riva del Garda in July and the Dutch Open Championships in Medemblik.

A total of 108 teams from 19 nations took part in the series which became very popular in the first season already and has helped to consolidate the Melges 24 international also on its second season. This year's edition of the European Sailing Series introduced the Corinthian ranking as it is usual in all the events of the Melges24 Class and this was called as Pro Am. In Pro Am division in total of 63 teams were participating through the season. 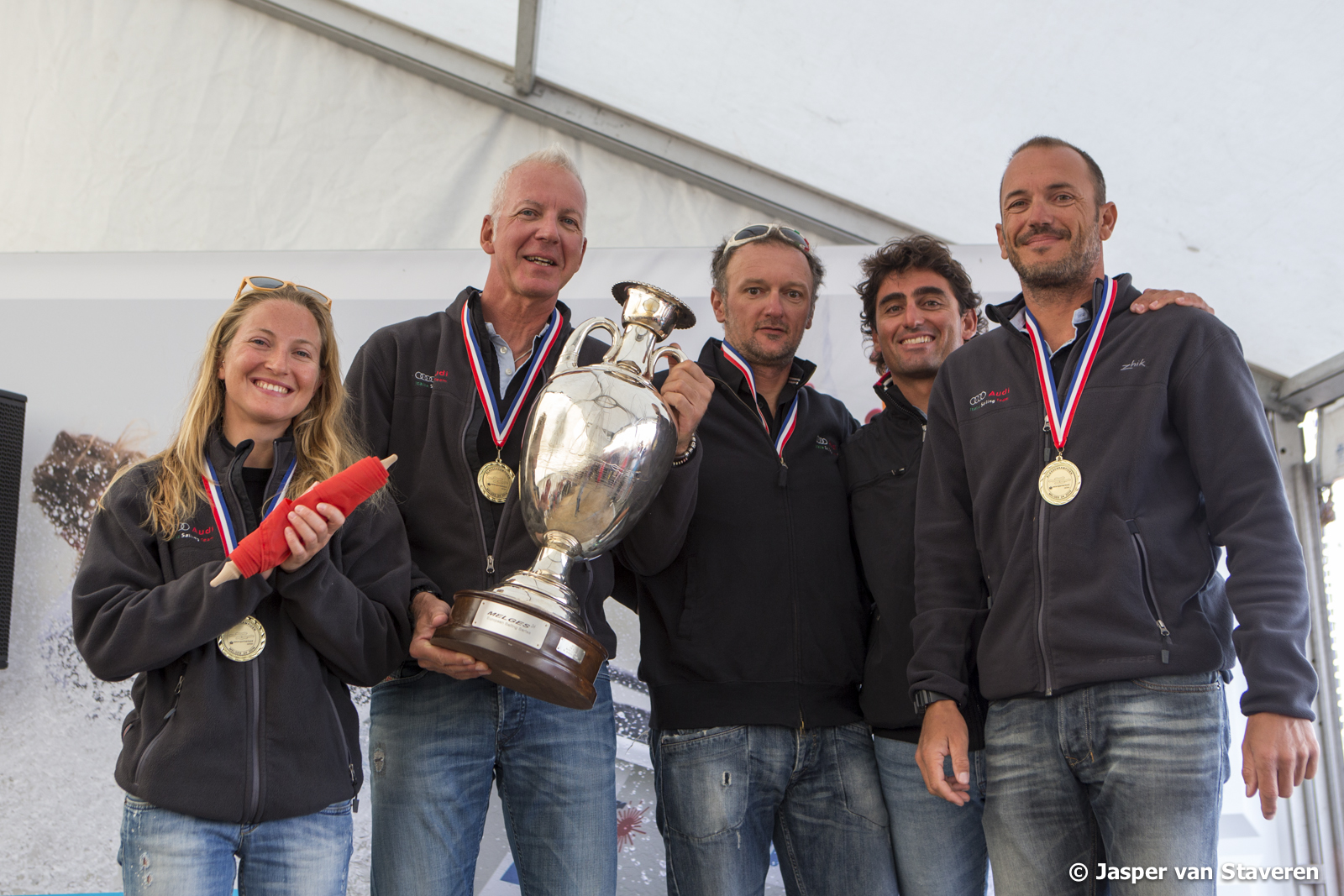 The overall winner of the series, Riccardo Simoneschi’s Audi tron ITA-840 from Italy started the series with the 3rd place in Portorož while Simoneschi’s fellow countryman Andrea Racchelli was victorious there placing Tõnu Tõniste’s Lenny from Estonia as the best Pro Am team to the second position. On the Lake Balaton Audi tron sealed overall fourth place, but starting Kiel Week they put their stamp on the every next event by winning all of them in style. Audi tron has made itself heard for the second time in a row in the Melges 24 European Ranking, winning a title not easy to be repeated. After the final event in Medemblik Riccardo Simoneschi said “It is a great pleasure and honour to win the European ranking again. Portoroz, Balatonfüred, Riva del Garda, Kiel and Medemblik have been fantastic locations with different sailing conditions where we have met lot of different sailors from several nations. It is very important to me to keep the internationality of the class at this high level, as this is the real sign of good health for any sailing class. I want to thank my whole crew, tactician Enrico Fonda, bow Lucia Giorgetti, pitman Federico Buscaglia, trimmer Stefano Orlandi for another great season. I’m looking forward to the 2015 edition!” 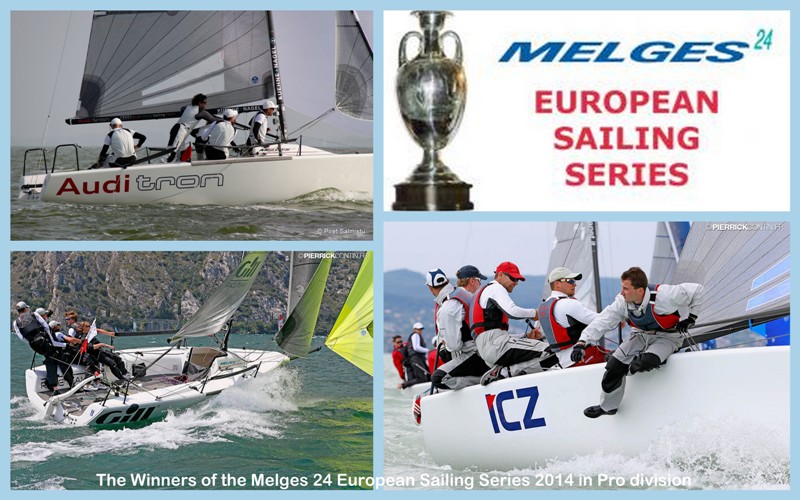 At the second of the European Sailing Series ranking we have Martin Trcka’s Rodop ICZ CZE-704 missing the final stage of the series only and at the third position Miles Quinton’s Gill Race Team GBR-694 missing from the final results the first event in Portorož. The advantage of three points only for Rodop ICZ shows the tight battle and high competition between those two boats. 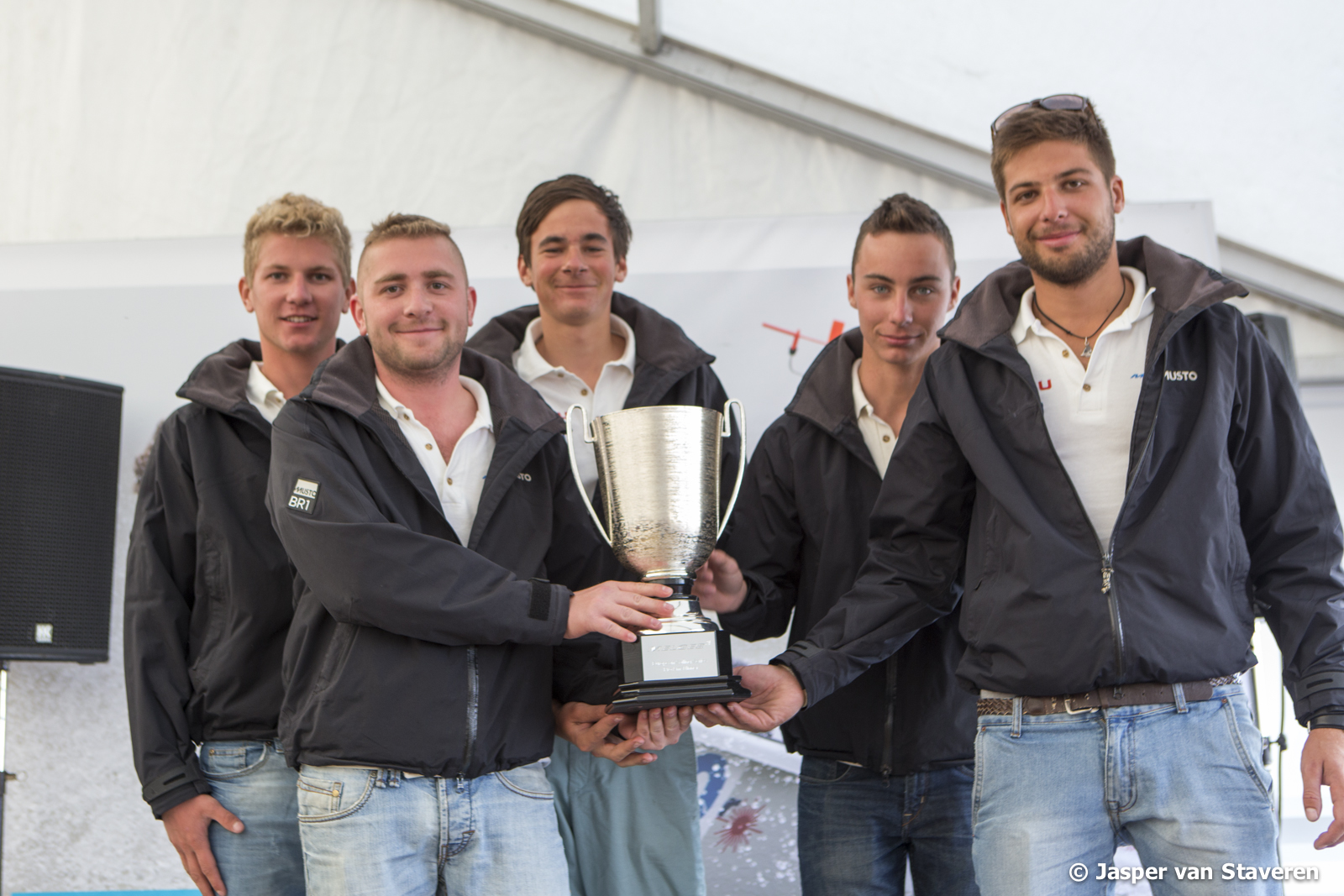 In Pro Am division all top three boats missed just one event from the series. The battle between Alfredo Capodanno’s Marrakech Express ITA-636 and Robert Bakoćzy’s FGF Sailing Team HUN-209 got a solution with the final event in Medemblik where FGF Sailing Team knocked Marrakech Express out from the leading position being with the five points ahead in the final results. Third position in the Melges 24 European Sailing Series 2014 belongs to Oleg Dyvinets’ Marusia UKR-819. With the consistent sailing top three Pro Am teams were in the process ending respectively in fourth,  fifth and sixth place overall in the main fleet. The winner of the Pro Am division, Robert Bakóczy said after the final event “After our first season in the European Sailing Series we are convinced that it has a bright future ahead. The concept that every part of Europe has its own competition is good and all eventa are in available distance for any European country. We made a good decision when we made the choice to compete in this series, and we are really happy that we won the Pro Am Trophy. It was a great pleasure sailing in a fleet with these great sailors like Riccardo Simoneschi and Flavio Favini. I wish to thank my team members Domonkos Rozsnyay, Levente Takacsy, Bence Buza, Kristof Takacsy for this great season! Next year we will surely join this great series again, because it was really good fun this year!” 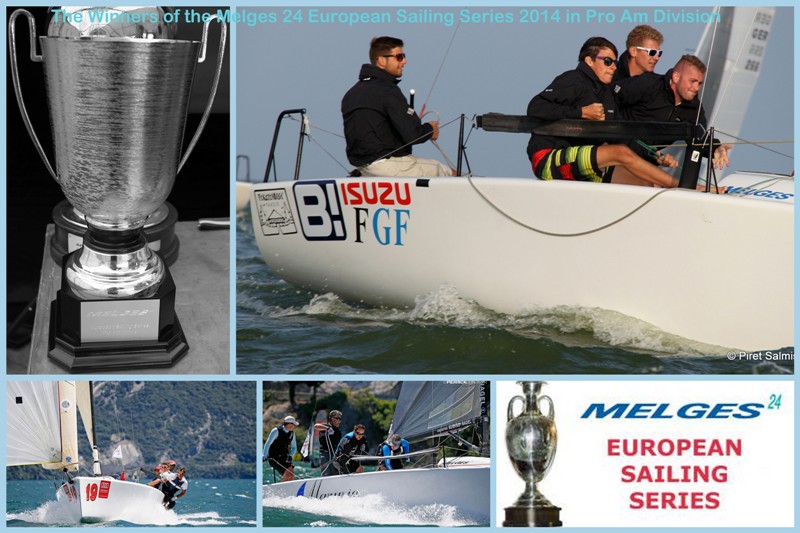 The series has been a great hit with the sailors and already venues across Europe are vying to host events for the Melges 24 European Sailing Series in 2015.  The final schedule for the 2015 series will be announced by the International Melges 24 Class shortly.