After two full years of hiatus in the schedule of the World Championships, the International Melges 24 Class returned to assign a most coveted World Title: it was October 2019 when in Villasimius Luca Perego’s Maidollis was crowned World Champion for the second time, and, after that moment the pandemic blocked everything, preventing the dispute of the 2020 and 2021 World Championship and the 2020 European Championship.

Sadly, the final day of the third 2022 Melges 24 World Championship in Fort Lauderdale, Florida, U.S. was to be dogged by light winds. After long wait, first ashore and then on the water, the final possible Race Twelve of the championship was started twice - first at 12:15 but was abandoned in three minutes. The second attempt was successful, but due to the major wind shift, PRO Tom Lihan had to abandon the race again.

Now past the deadline for starting a race, the victory and World Title were sealed to Peter Duncan’s team Raza Mixta (USA) with Victor Diaz de Leon calling the tactics and Erik Shampain, Matt Pistay and Morgan Trubovich in crew, Chris Larson as a coach. In the Corinthian division, victory goes to Taki 4 (ITA), claiming their fourth Corinthian World Title with Niccolo Bertola at the helm, Giacomo Fossati, Giovanni Bannetta, Pietro Seghezza, and Marco Zammarchi in crew, Carlo Fracassoli as a coach.

Peter Duncan, who’s first run for the Melges 24 World Title finished with eighth place in Miami Worlds in 2016, was posting nine times out of eleven only one-digit results to the scoreboard, securing its victory with a six-point lead getting his name on the Melges Performance Sailboats Trophy. 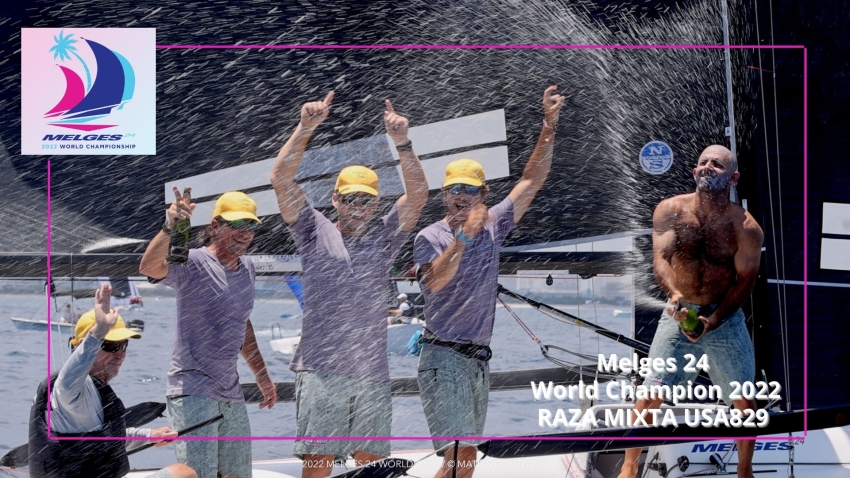 “It feels incredible,” said Peter Duncan about winning the Melges 24 World Title after the award ceremony at Pier 66. “We were a bit lucky, and we are rewarding for all our hard work what we have been putting into getting where we are. We had a rough day at the first day, except for the third race and after that we just stayed focused and if you do this long enough you know that you can’t win a regatta in the first day, but you can certainly lose it, and we came close to the last one. But we hold it together and then the next day was good and from there on it was pretty nice!” was Duncan happy with his team’s performance and result.

In the Corinthian division, where Italian Taki 4 team of Niccoló Bertola, already World Champion in Miami, Helsinki and Villasimius, proved „4“ to be their lucky number, winning the World Title for the fourth time already! Second place on the Corinthian podium was taken by the 2019 North American Corinthian Champion, Canadian Sunnyvale of Fraser McMillan sailing with Aidan Koster, Alexander Levkovskiy, Ansel Koehn and Kieran Horsburgh. Corinthian podium was completed by Steve Suddath’ 3 ½ Men with Steve Burke, Shawn Burke and Jack Smith in crew. 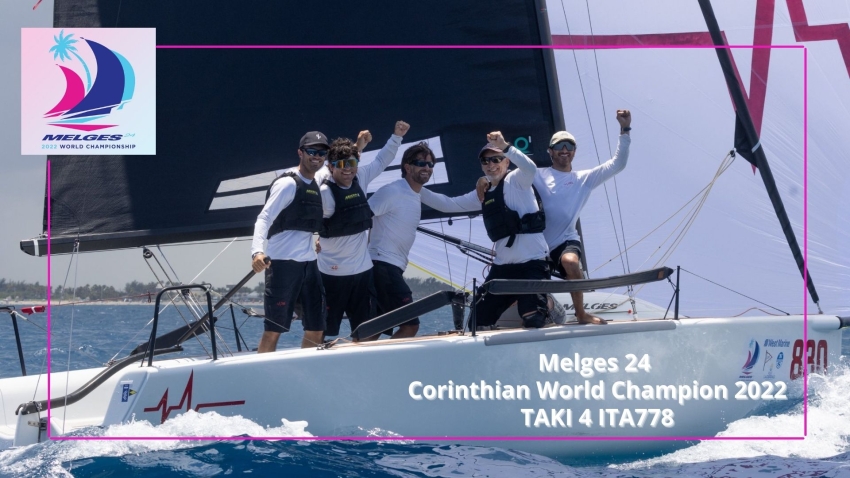 Taki 4 skipper Niccoló Bertola, holding again the perpetual Challenge Henri Samuel Corinthian World Trophy, was happy about their fourth Corinthian World Title, however he admitted that the result in overall ranking were not as good compared to the past years. “The fleet here was very strong, and we did not have a chance to train as much as in past years. But we are anyway happy, and we will work harder to do better result in overall ranking next year!”

Having said goodbye and thanking the organizers, sponsors, volunteers and hosts in Lauderdale Yacht Club, the next Melges 24 title event will be the European Championship, hosted by the Yacht Club Italiano in Genova, Italy between October 22nd and 29th. The next Melges 24 World Championship will be held in Middelfart, Denmark at the venue of the 2015 Worlds, by the end on June 2023.

The World Championship is also event number 4 of 9 events on the 2022 U.S. Melges 24 National Ranking Series racing circuit. Atop the ranking of 45 competing teams is Travis Weisleder’s Lucky Dog, just ahead of 2022 World Champion Peter Duncan on Raza Mixta. Weisleder assumed the overall ranking lead by winning Charleston Race Week for a third consecutive time this past April, and with a top ten finish at Worlds he remains at the forefront of this highly competitive fleet. Leading the Corinthian division is Canada’s Fraser McMillan on Sunnyvale, followed by former Corinthian U.S. National Champion Steve Suddath on 3 and a 1/2 Men and Geoff Fargo on Sentinel, second and third respectively. Click Here for full 2022 National Ranking Results The next regatta happens at the beginning of June in the Midwest district at the Bayview One Design Regatta in Detroit, MI. 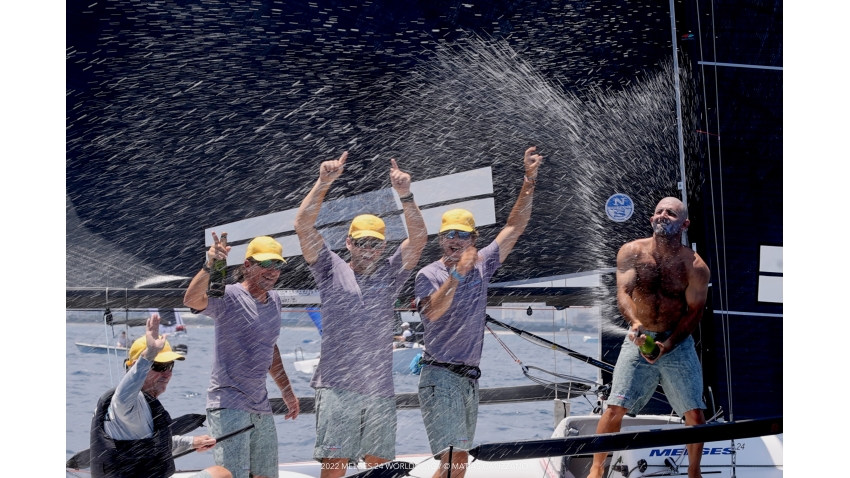 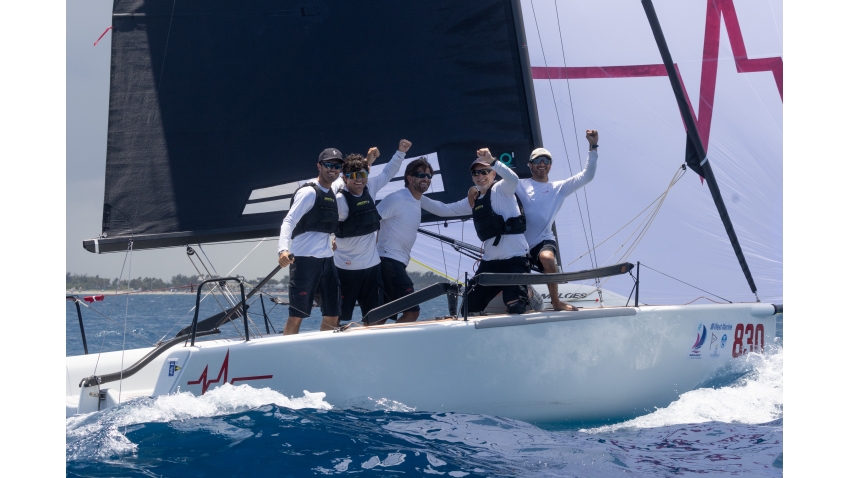 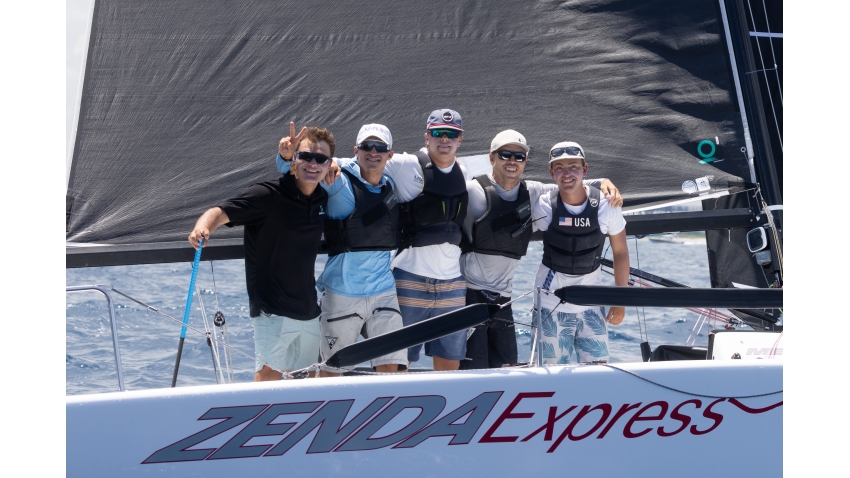 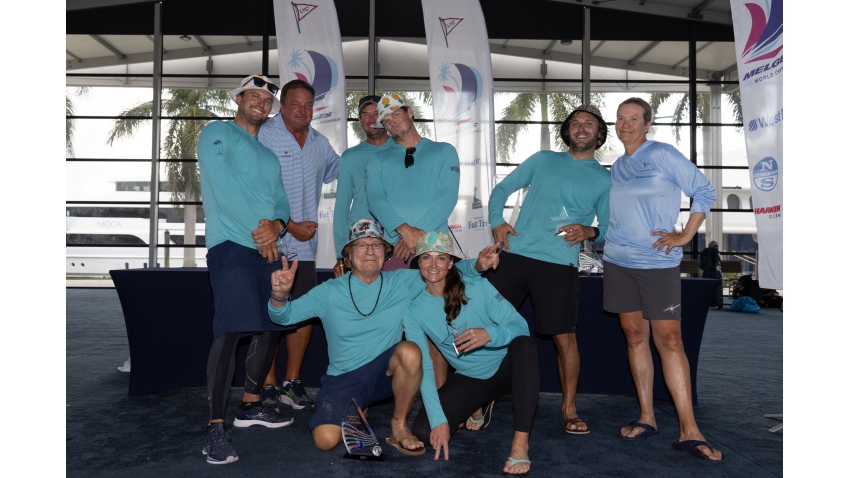 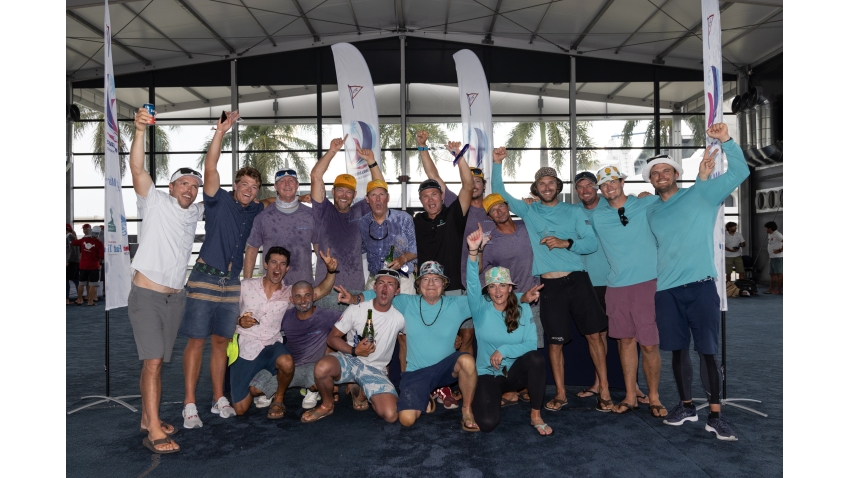 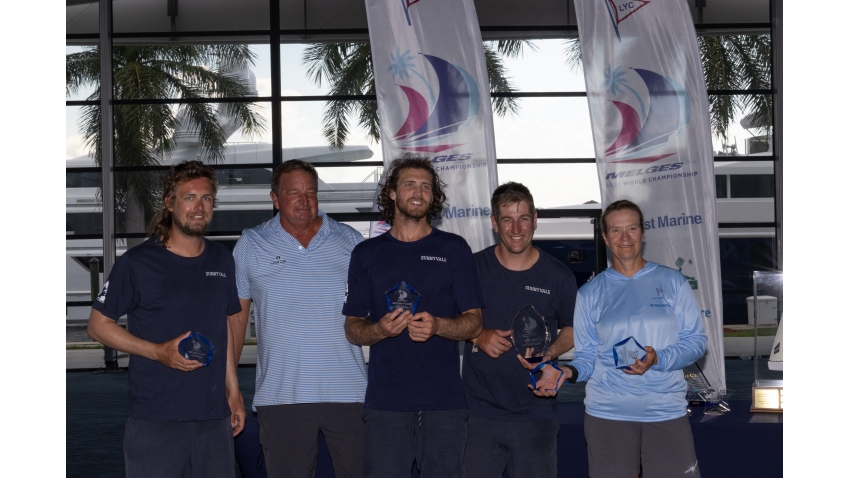 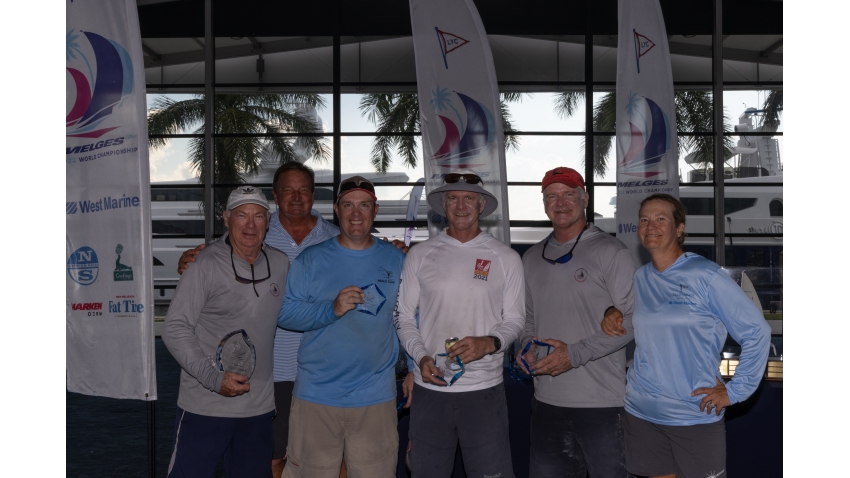 3rd Corinthian at the Melges 24 Worlds 2022 - ½ Men of Steve Suddath with Steve Burke, Shawn Burke and Jack Smith in crew 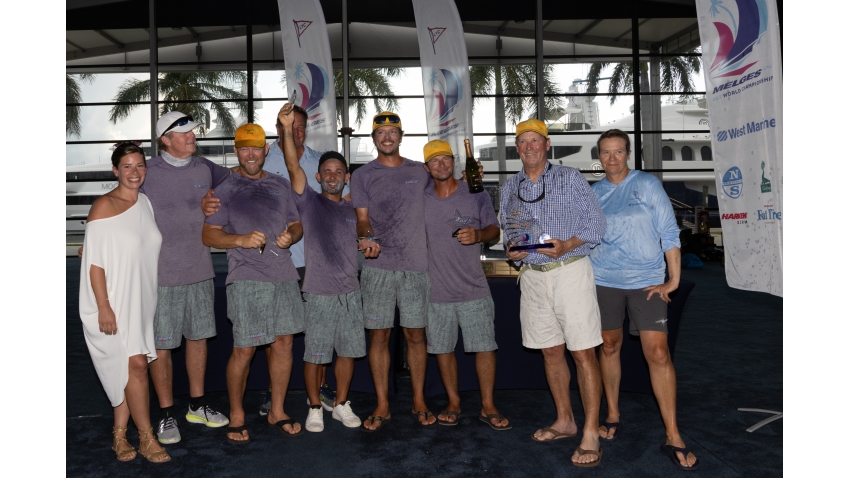