August 27, 2020 - Pensacola FL, USA - The Pensacola Yacht Club’s Race Organizing Committee is moving forward with plans to host the 2nd Annual Atlantic & Gulf Coast Championships for the "Bushwhacker Cup". The 2020 event is scheduled for November 13-15. This championship event will be right in phase for boats entering the Bacardi Winter Series to get more championship level competition under their keels.

“We are still holding out for those dates,” said Regatta Chairman Tom Pace, “however, the regatta will be quite different from 2019 because we will be partying under Florida, Escambia County and Pensacola Covid-19 social mandates. Entries may be limited; social activities will be reduced.”

“We are planning our operations based on city and club mandates now in force. Certainly, we hope that these requirements will be relaxed by November. However, we need to plan for what we have now and see which way the wind blows and adjust our sails accordingly. We need a minimum of 20 competitors for a viable regatta. And we may be forced to limit the maximum based on social gathering restrictions in force in mid-November.”

The Pensacola committee will be flexible to meet changing conditions. Under guidelines and restrictions as of today [Aug 27], the event is shaping up this way:

The skippers and crews from the 28 Melges 24s who raced in the Inaugural Bushwhacker Cup in 2019 know and will tell you that Pensacola Yacht Club will be doing its best to provide sailors with a quality venue for these championships. PRO Hal smith and the race committee will make sure the racing is fair, up to the high standard sailors have come to expect in Pensacola. The prizes will be special and the Bushwhackers as always, cold and refreshing.

Pensacola Mayor Grover Robinson said, “Pensacola wants sailors from across the nation to know that they are welcome here. We are being careful and safe, but we want to keep our city open and continue to host outdoor events like championship level regattas. Our bay proved to be the perfect training site for our America’s Cup team, American Magic, and it is perfect for events like the Melges 24 Class Atlantic & Gulf Coast Championships for the Bushwhacker Cup. Come catch the magic of racing in Pensacola.”

Chairman Pace added, “All Melges 24’s are invited to enter the regatta at YACHT SCORING . If entries must be limited, teams will be invited based on the time of their registration. Come to Pensacola early for some practice on Pensacola Bay. Pensacola YC has a 22-acre campus with plenty of free boat storage space available for Melges 24’s both before and after the regatta.”

About Sailing on Pensacola Bay

The racing area is a matter of minutes from the Bayou Chico channel and the Pensacola YC marina. That’s close racing… more racing and less transit time.

In summer months, sailors find a daily sea breeze that builds from a mid-day southeasterly to the afternoon 12-15 knot southwesterly they love. In other seasons, the winds are determined by frontal passages, temperature variables, sunshine and other factors. Tides are minimal, about one foot to one and a half feet.

Pensacola Bay is naturally deep with a white sand bottom. The water is clean, seasonally warm and just choppy in a breeze, but not often rough. The east-west shoreline in downtown Pensacola to the north is perfect for stadium regatta spectating.

All sailors— race or cruise— are invited to come sail on Pensacola Bay. Organizers of both amateur regional, national or international sailing championships and professional sailing events should contact Pensacola Yacht Club to discuss racing on beautiful Pensacola Bay. http://www.pensacolayachtclub.org

The NYYC America's Cup team, American Magic, chose to train in the 'Mule' on Pensacola Bay in the fall and winter of 2018-19. They returned to Pensacola train in the AC75 'Defiant' in 2019-20 before heading to New Zealand after the first Prada Cup race series in Sardinia was cancelled.

Pensacola Yacht Club is a championship sailing venue on approximately 22 acres at the mouth of Bayou Chico just west of downtown Pensacola, Florida. Part of that area is approximately 250 feet of sparkling white beachfront property on Pensacola Bay adjacent to the club marina in Bayou Chico.

PYC has been the site of numerous one design and handicap championships over the years. These include the 2000 USODA Nationals, and the inaugural Gulf Coast Championships in 2010 and the highly successful 2013 USODA Southeast Optimist Championships and the 2015 USODA Optimist National Championships which drew 320 sailors from 12 foreign countries and the USA to the competition. The 2018 Optimist Nationals, just completed, drew 301 sailors and featured an opening ceremony keynote presentation by the team from the AC36 NYYC American Magic Challenge.

In 2019 PYC hosted the Thistle Class Southeast Championship in April, the 2019 Junior Olympic Sailing Festival presented by BBVA Compass in June, the Flying Scot North American Championship in July and will host the Melges 24 Bushwhacker Cup — the Atlantic and Gulf Coast Championship— in November. PYC stages local regattas throughout the year and offers a youth Summer Sailing Camp in the summer. 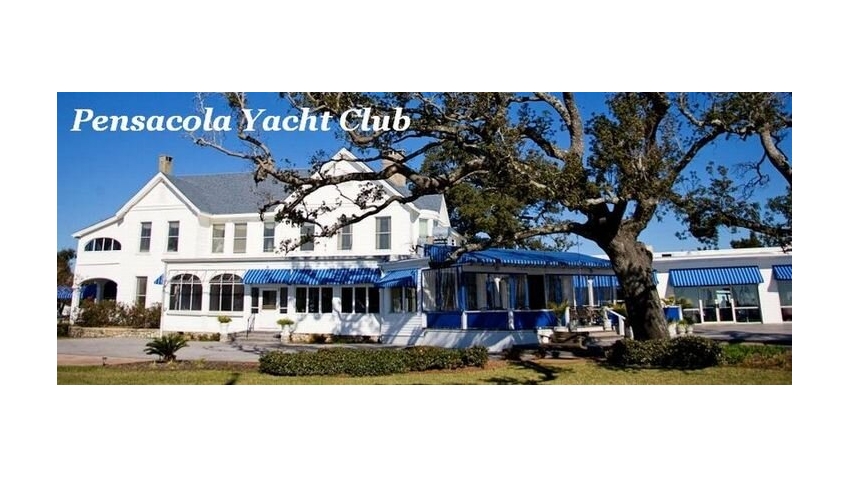 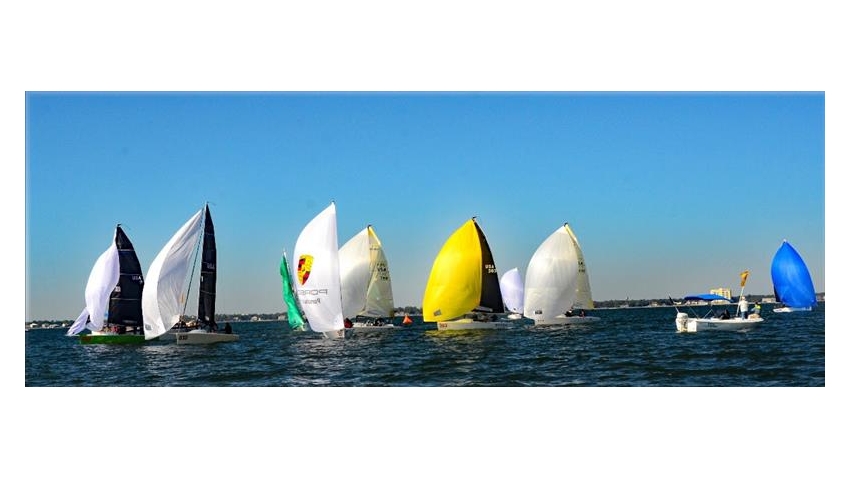 Catch the Magic... Racing for the 2nd annual Bushwhacker Cup and the Atlantic and Gulf Coast Championships is scheduled for Nov 13-15 on Pensacola Bay. Pensacola YC your host served 43 gallons of world famous bushwhackers in 2019. Race Hard — Play Hard! 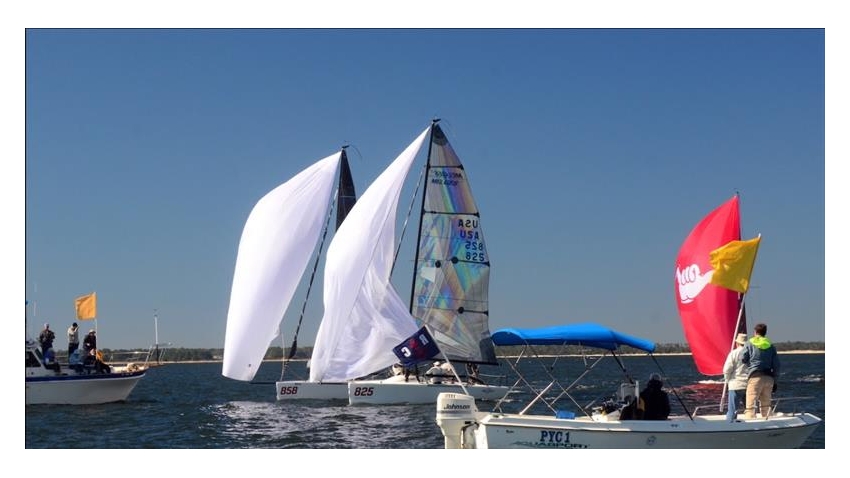 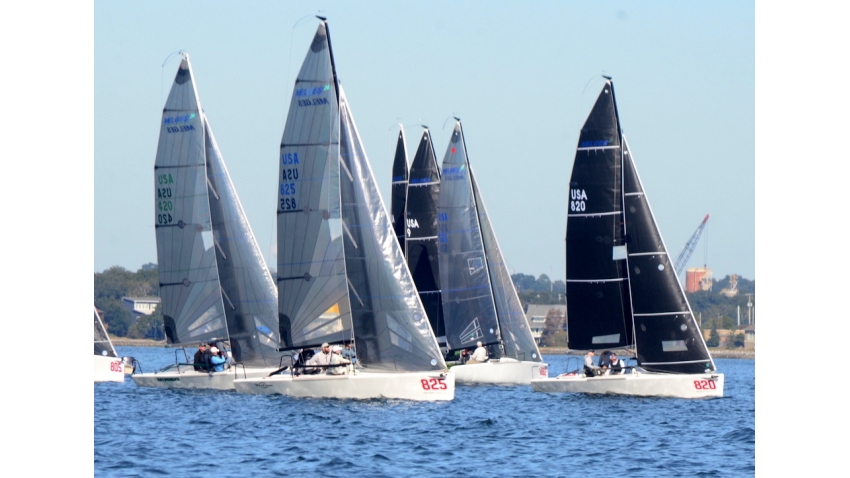 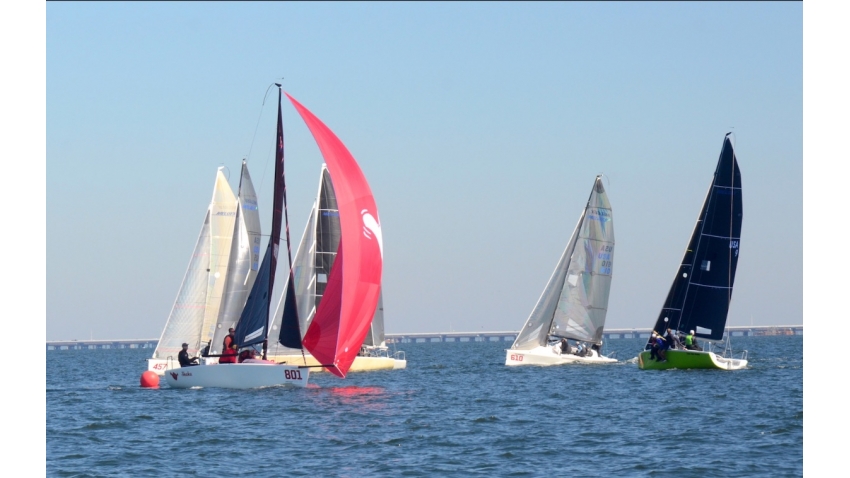