"We are very happy and excited to host the Melges 24 international class. The trust that has given us the international class and the Italian one makes us very proud! We put all our efforts to create an event that was both professional in the water and fun ashore. With the support of Harken and Gottifredi & Maffioli we hope to become a carryover for the class!"

Located at North of Lake Como, on the Comasca shore, Domaso is constantly beaten by the Breva, a typical wind of the lake blowing from the South and building punctually between midday and 1 pm. The wind speed normally varies from 10 to 18 knots. Because of this characteristic it's considered as the ideal place to race.

Registration, weighing and measurement started on Thursday, September 13 and continued this morning followed by the Skippers Meeting at 10:30. The first Warning Signal has been scheduled for 1 pm. Up to nine races may be held through three racing days. A maximum of three races may be held on any day and five races are required for the discard of the worst result. Melges 24 Italian Champion 2018 will be crowned Sunday afternoon. 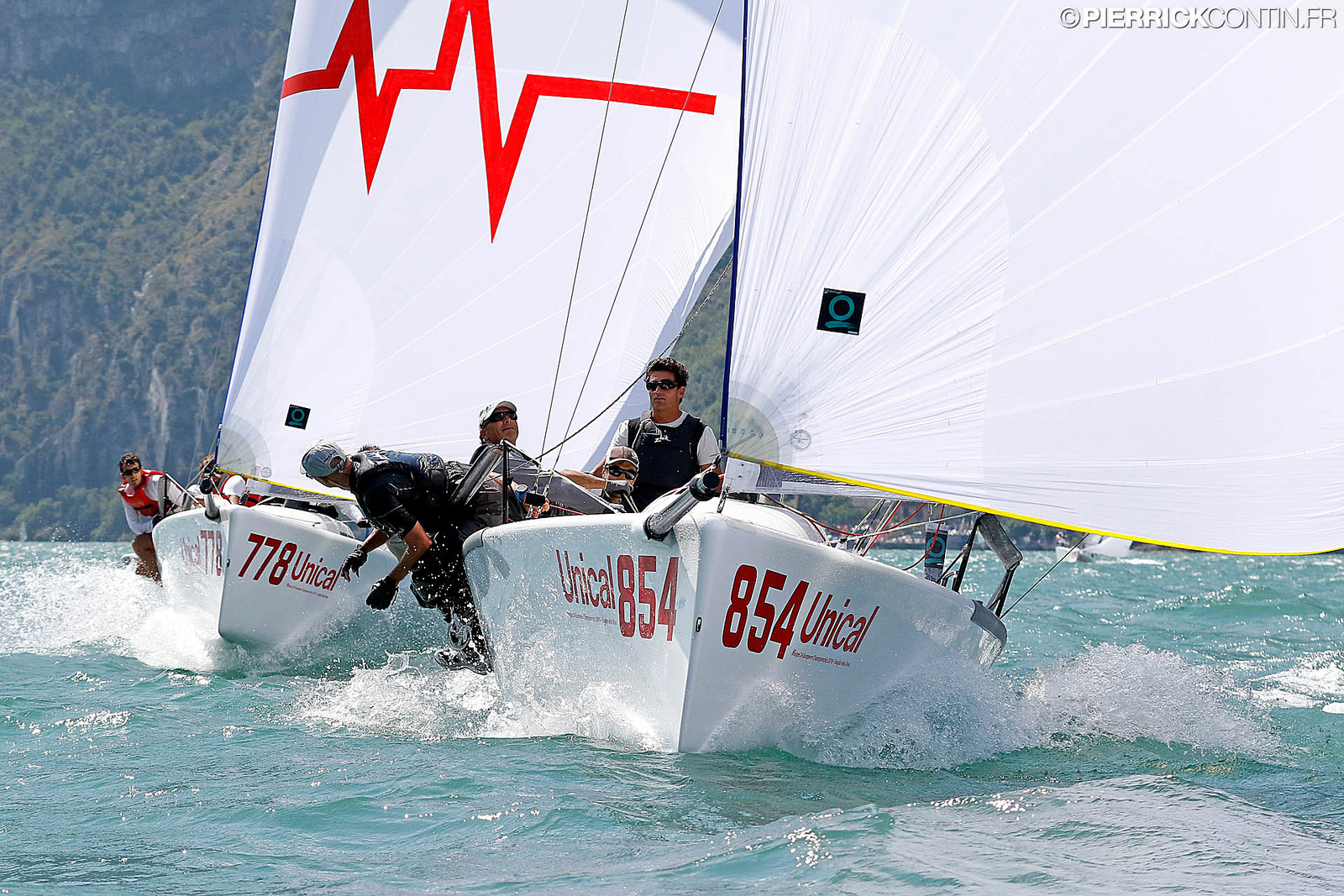 Reigning European Champions - Italian Maidollis (ITA854) of Gian Luca Luca Perego with Carlo Fracassoli in helm and Taki 4 (ITA778) of Marco Zammarchi with Niccolo Bertola in helm are on top of the rankings in Overall and Corinthian division respectively. Photo (c) Pierrick Contin

Current rankings of the 2018 Melges 24 European Sailing Series after four events - Punta Ala, Portoroz, Torbole and the European Championship in Riva del Garda have been published. Reigning European Champions - Italian Maidollis of Gian Luca Luca Perego with Carlo Fracassoli in helm and Taki 4 of Marco Zammarchi with Niccolò Bertola in helm are on top of the rankings in Overall and Corinthian division respectively.

The rankings look fascinating, especially while the new scoring system applied since 2018 is giving much more chances to compete for the top rankings for each team. Current rankings consider 34 single races and 5 discards for the total points. 80 participants from 20 countries have been taking part of the European Sailing Series so far. 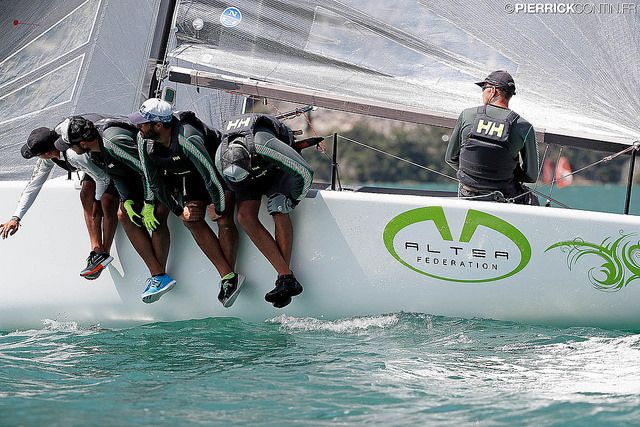 Andrea Racchelli's Altea ITA722 - Photo (c) pierrick Contin
The ranking of the Italian Melges 24 Tour (after four regattas) sees reigning Melges 24 World Champion Andrea Racchelli's Altea (ITA722) in a lead with 391 pts followed by Miles Quinton's Gill Race Team (GBR694, 373 pts) with Geoff Carveth in helm and Mario Ziliani's General Lee (ITA793, 369 pts) as third. Swiss Jörg Hotz' Andele is placed fourth (SUI821, 329 pts) and Top 5 is completed by the reigning Corinthian European Champion Taki 4 (ITA778, 292 pts) by Marco Zammarchi.
Current ranking of the Italian Melges 24 Tour
Due to the fact that not all teams from the top of the ranking will compete in Domaso, it will shuffle cards in the rankings, no doubt. The final event of both series will be held in Luino on October 12-14, where the 15th edition of Lino Favini Cup will take place also valid as Swiss Open Championship.
For entry list, documents and results of the Domaso regatta please visit event website.
2018 Melges 24 European Sailing Series consists of the six events altogether. The season opened in Tuscany, in iconic Punta Ala and continued in Portoroz, Slovenia in April (27-29), that welcomed the Melges 24 class for the fifth time after the successful events of the past four years. The 2018 Melges 24 European Sailing Series moved then on to the internal waters, with a double appointment on the Garda Lake: Torbole (June 29 up to July 1), where the Melges 24 international fleet returned after the 2012 Worlds with the record number of 127 entries, and was in Riva del Garda (August 3-10) for the Melges 24 European Championship. The season will end with the Melges 24 Italian Championship to be sailed on the Como Lake in Domaso (September 14-16), and with the Lino Favini Cup, also valid as Swiss Open Championship held in Luino (October 12-14)
More information and the  Notice of Race of the series can be found at melges24.com/europeansailingseries
For further information on the event, please contact: