February 2, 2021 - New South Wales, Australia - by Lisa Ratcliff for Sail-World - Three-time Australian Melges 24 champion Chris Links is putting the finishing touches on a revamped boat and oiling his joints as he prepares to return to the tough one design class after a lengthy break.

The NSW Melges 24 fleet will join the Adams 10s on New South Wales' Lake Macquarie this coming weekend, February 6-9, and the two classes will share space and on-water race management for their respective three-day titles.

Nationals for both classes were scheduled this weekend but travel restrictions for interstate competitors put a halt to the Melges 24 2021 Australian Championship. Instead, they'll run their NSW Championship only, off Lake Macquarie Yacht Club on the lake's eastern shore, and a national title later in the year.

New co-owners Heath Walters and Chris Links will join the Melges 24s with a rebuilt boat. What was Dan O'Connell's Kowabunga, dismasted during a wild day at the 2020 class nationals in Adelaide, is now Sydney boat Banta, and this weekend will mark its racing debut under the pairing of seasoned Melges 24 sailors.

"The hull was originally Kevin Nixon's bought in the US then Dan took it to South Australia. We bought it off the insurance company and we've done a major repair on the rig. It's quite a good boat," said Links, who has been flat-out with work and is happy to set expectations on the lower side. "I haven't sailed these boats since the nationals in Melbourne about three years ago; I'm going to be very rusty, but we'll dig up a crew and we'll be there!"

Many gearing up for this weekend's series are keen for some competitive one design sailing after the Rolex Sydney Hobart was cancelled late last year. "It's been hard to do any sailing with Covid," Links said. "Most classes cancelled their nationals, so to do a series in the Melges 24 is brilliant."

Long-time class member and worthy competitor both nationally and internationally, Kevin Nixon, will be on the start line for the six-race series with Accru and a mostly family team.

"While the Melges 24 is seen as a Grand Prix boat around the world, it attracts family teams," Nixon said. "This regatta may be small in numbers, but most teams will have some family connection. Heath Walters has always sailed with some or all of his four boys. Stalwart families the Kendalls and Nixons have been sailing together in the class for nearly a decade and family members Steve O'Rourke and Burke Melia have a boat each and race against each other at Cronulla Sailing Club."

On sharing Lake Macquarie Yacht Club's race management resources with the Adams 10s Nixon adds, "Running two one design classes at the same time is rare in Australia but popular overseas, especially in the USA at Charleston Race Week and in Miami. It creates a festival atmosphere. It's not done to promote one class over the other, just enjoy sailing your own boat against your class competitors then get-together and mingle as a larger group back at the club."

LMYC race officer Ross Aherns will oversee the on-water schedule for both fleets on a shared race course with separate starts. Up to 15 Adams 10s will vie for their national championship over three days, February 6-9, with results available daily via LMYC lmyc.com.au. Defending national champion Tom Braidwood and his Adams 10 Backchat is one of the hot prospects.

The Melges 24s will also race Saturday to Monday. For their daily results click here 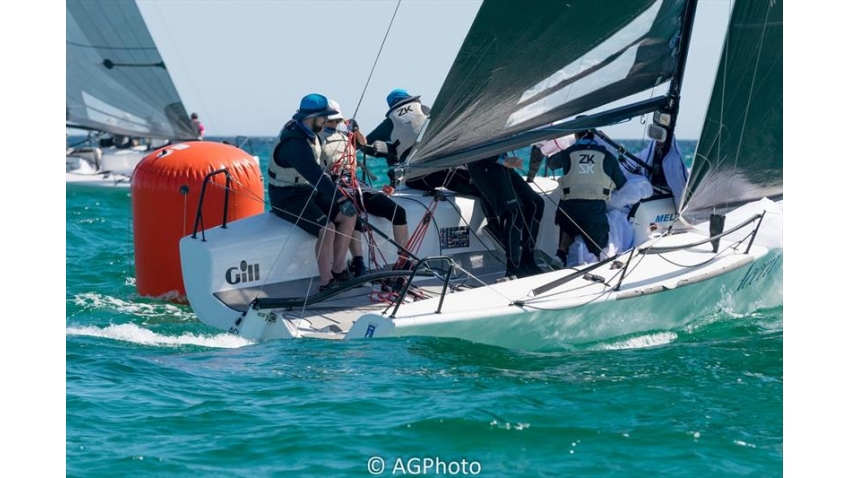 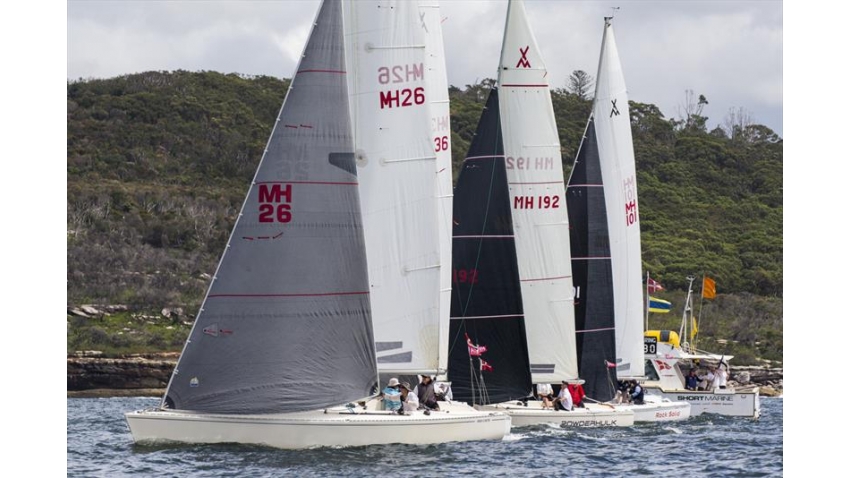 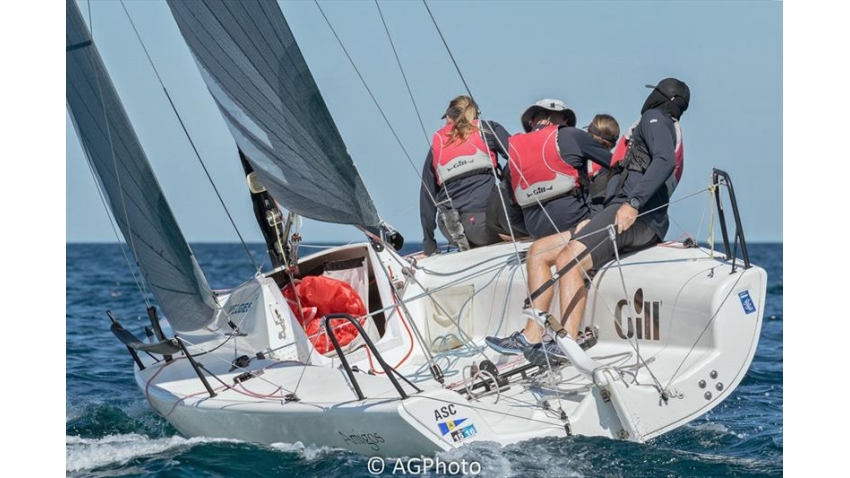