September 13, 2015 - Trapani, Italy  – Today's races have been sailed under tense wind conditions, and PRO Costanzo Villa, has skillfully completed the Harbour Race series that saw a last minute face to face between teams Maidollis (Fracassoli-Bianchi) and Altea (Racchelli-Bonini) that grabbed the winning title.

The King of Salt title has been taken by Altea, that after the silver medal conquered in Middelfart takes the Italian Champion title, beating Maidollis after 6 victories collected at the Round Robin Match Race.
Andrea Racchelli's crew took over Gianluca Perego's team Maidollis after a hard fought sailing day. 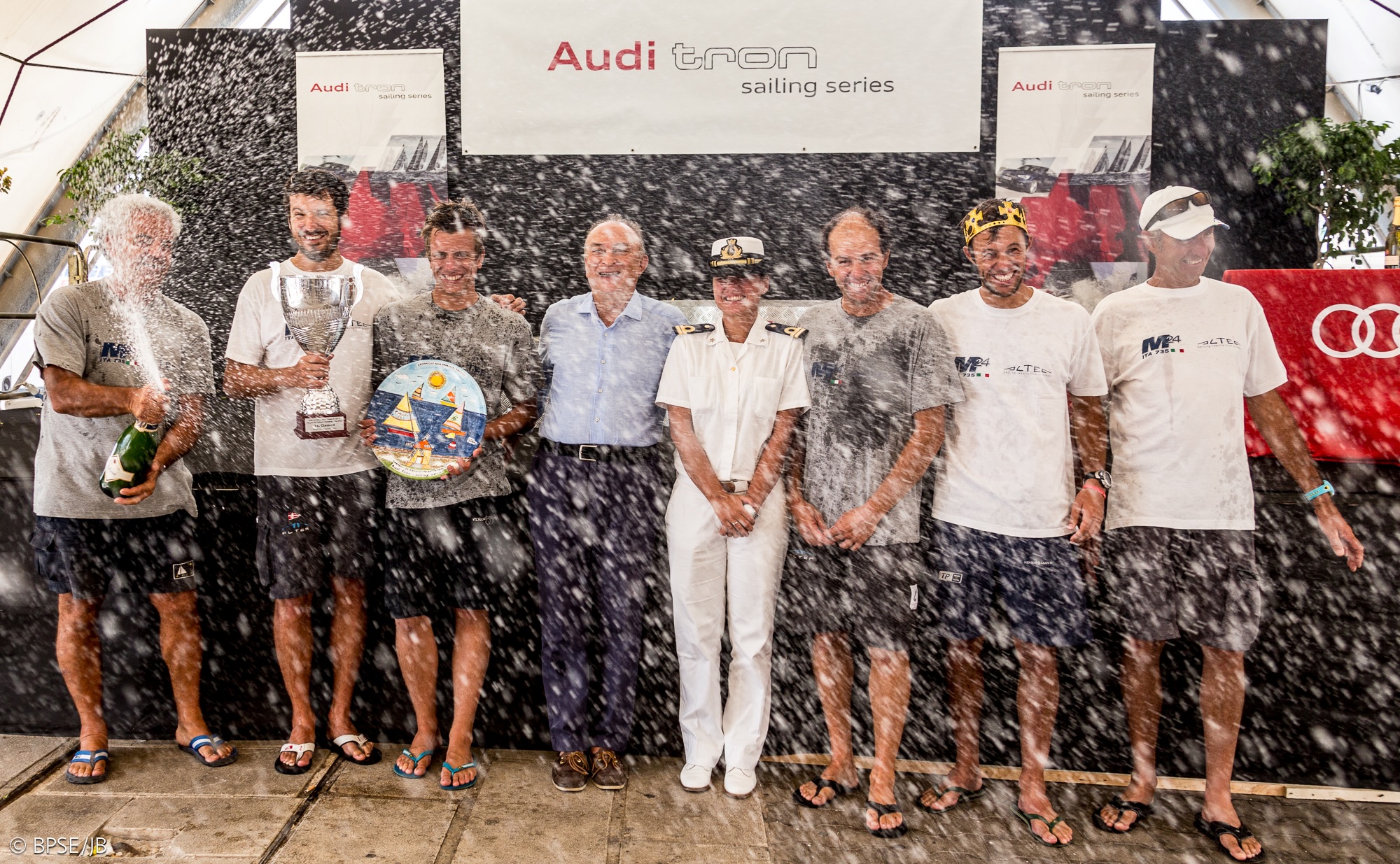 After the first day of sailing that saw the two teams leading over the others, today we have seen a face to face big finale. The harbour race took place in the waters just opposite the race Village set by the Lungomare Ammiraglio Staiti.

The Melges 24 Italian Championship has concluded early afternoon with the price giving ceremony under the presence of Senator Antonio D’Alì, local Organising Authority representatives as well as the Port Authority that allowed races to be safely sailed in the close harbour waters.

Several crown have been given during this season: The King of Salt to Altea, the First of the Kings to Audi tron, The King of Poets to EFG and  the King of the Lake to Marrakech Express.

The King of the Kings will get its crown in Luino, during the Coppa Favini (9-11 October 2015), long awaited showdown series' event considered also the final event of the Melges 24 European Sailing Series organized by the International Melges 24 Class Association.

At the moment after 22 races, the Melges 24 Overall sees Audi tron leading with a relevant margin over Altea and Maidollis.

The Audi tron Sailing Series, Trapani edition has been organised by BPSE in cooperation with Melges Europe and the Yacht Club Favignana.