23 May, 2015 – Riva del Garda, Italy - Riva del Garda and the northern part of the Benaco lake, this is how the locals call the lake, did not betray the expectations today, redeeming yesterday’s calmness with a useful day completing three races for the results of the Melges 24 European Sailing Series 3rd event and Audi tron Sailing Series Melges 24 Act 3.

The Race Committee managed by Franco Pagliarini took all the value from every moment spent on the water since early morning and closing the day by lunchtime when the exchange between Peler – northern wind, and Ora – southern wind, worked out perfectly. After three races Dutch Mr Henri NED-645 took a three points’ lead (4-3-3), helmed by the already J/22 world champion and "Laser sailor" John den Engelsman. 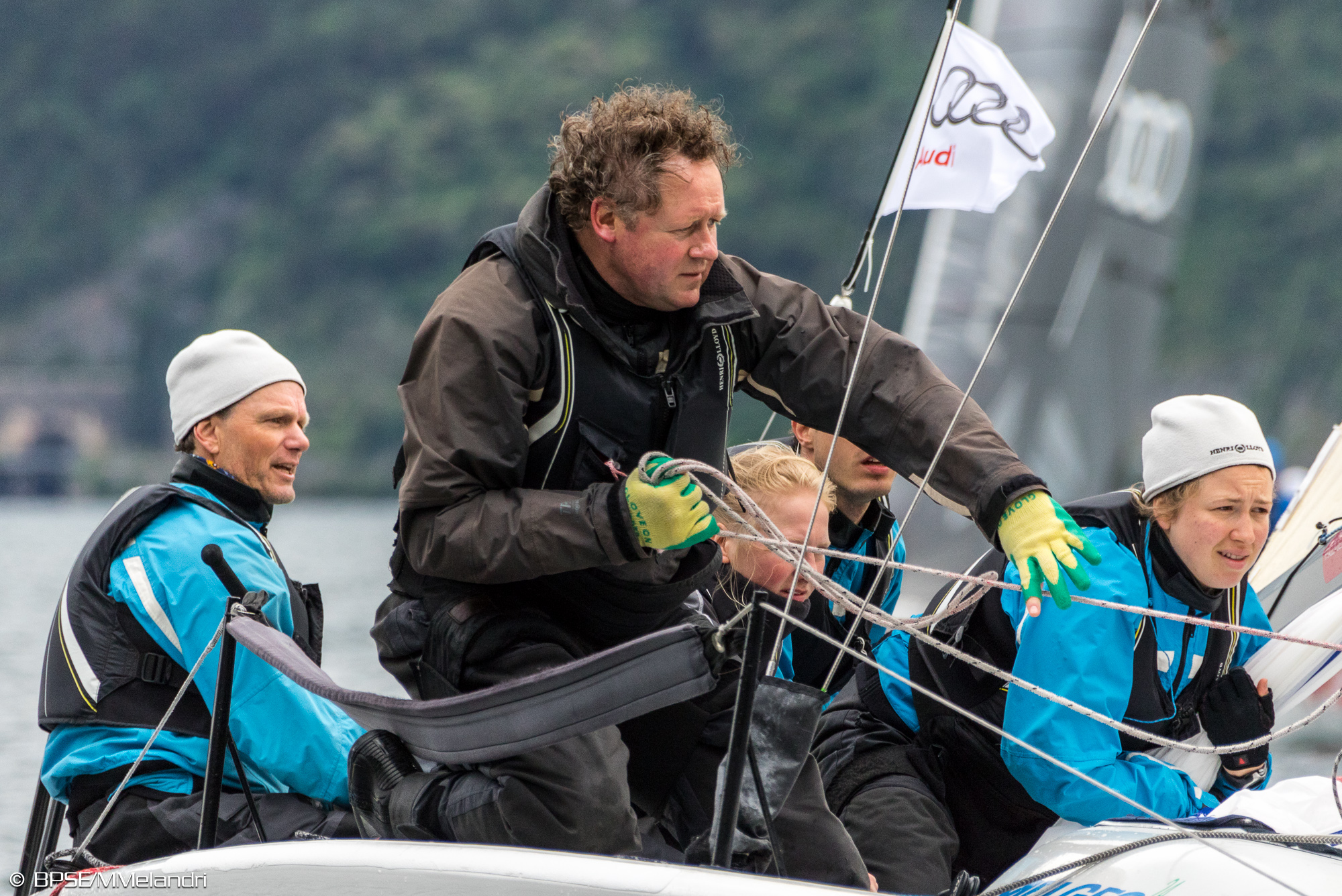 Dutch “tulip”-team is followed by Maidollis ITA-822 (7-4-2) of Gianluca Perego with the Fracassoli-Bianchi duo on board, and Riccardo Simoneschi’s Audi tron ITA-840 ​​(2-2-11), being favorites for the top positions in every Melges 24 race. 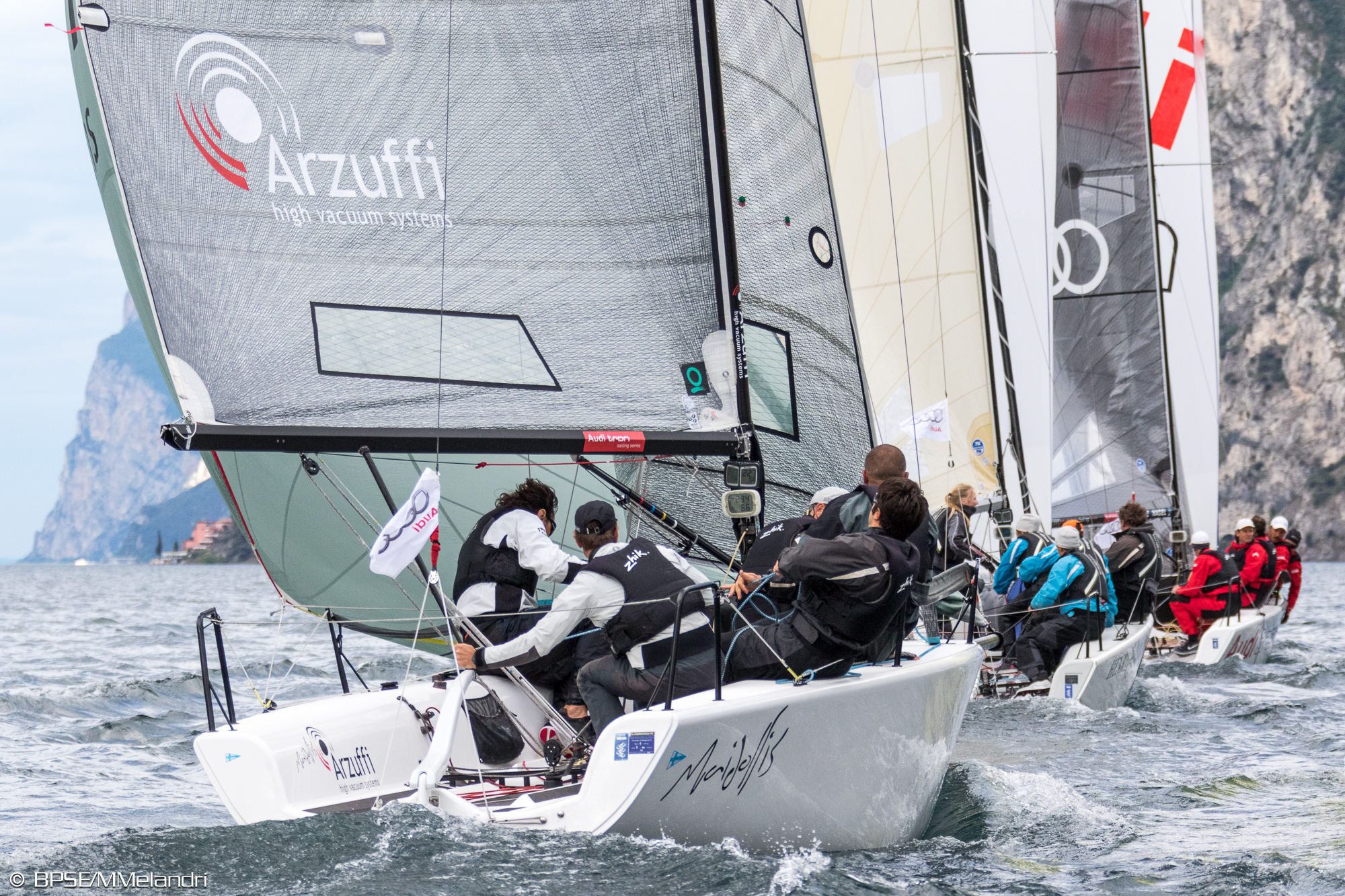 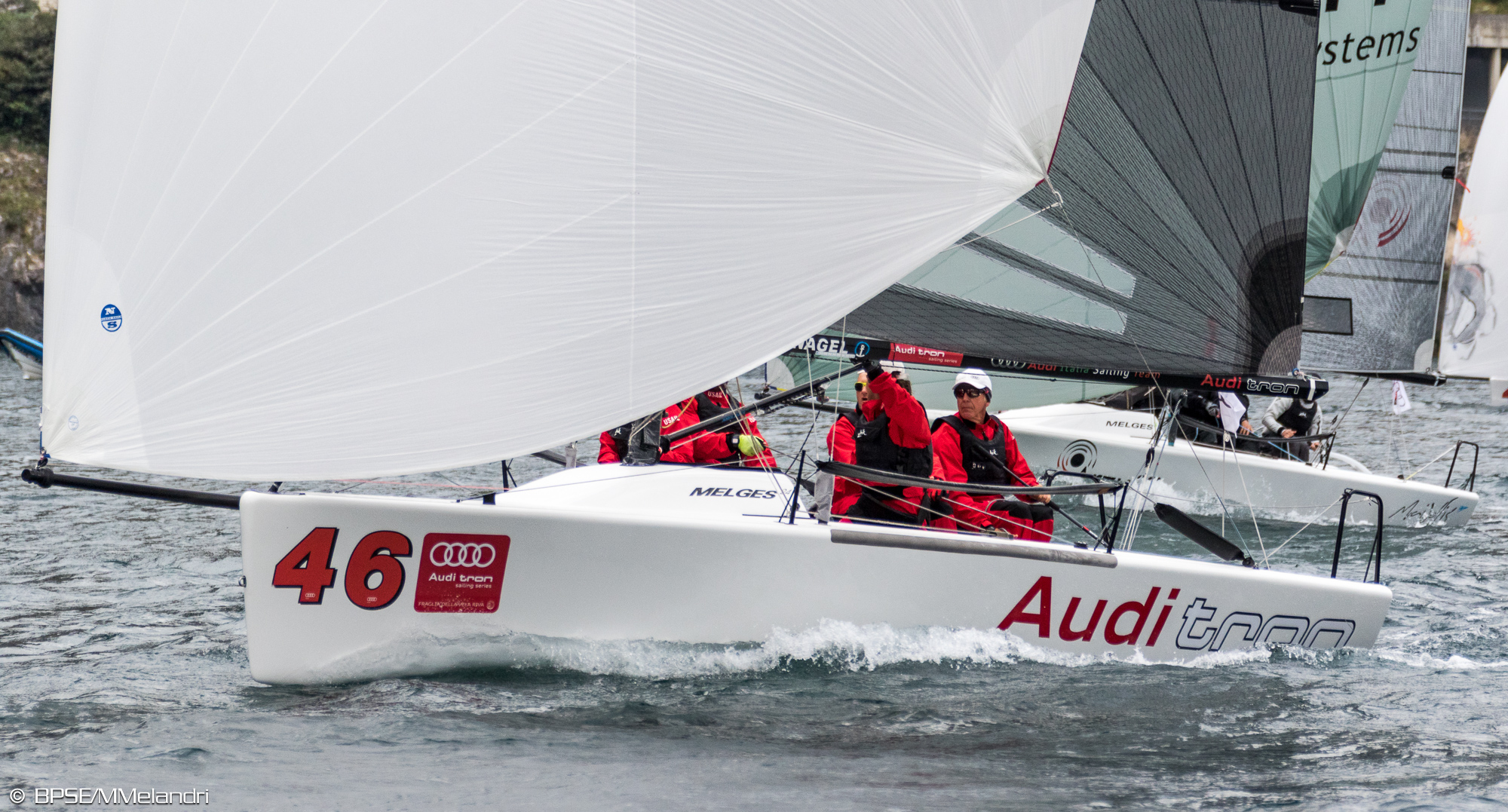 Hard fight also among the 25 Corinthian teams, that today have been guided by Danish Salty Dog (1-6-3) that tomorrow will have to slow down any leading attempt by Lenny (8-5-1) with 470 Olympian Tõnu Tõniste in helm.

The racing will resume tomorrow with the first warning signal scheduled for 8.30 and three races possible to add to the series. The event will end with crowning “The King of the Lake” – the winner or Audi tron Sailing Series Act 3 considered also as the third event of the Melges 24 European Sailing Series.

First two races can be followed via LiveStream produced by Zerogradinord and supported by Bombarda Racing under this link http://livestream.com/zerogradinord/atss2015rivadelgarda