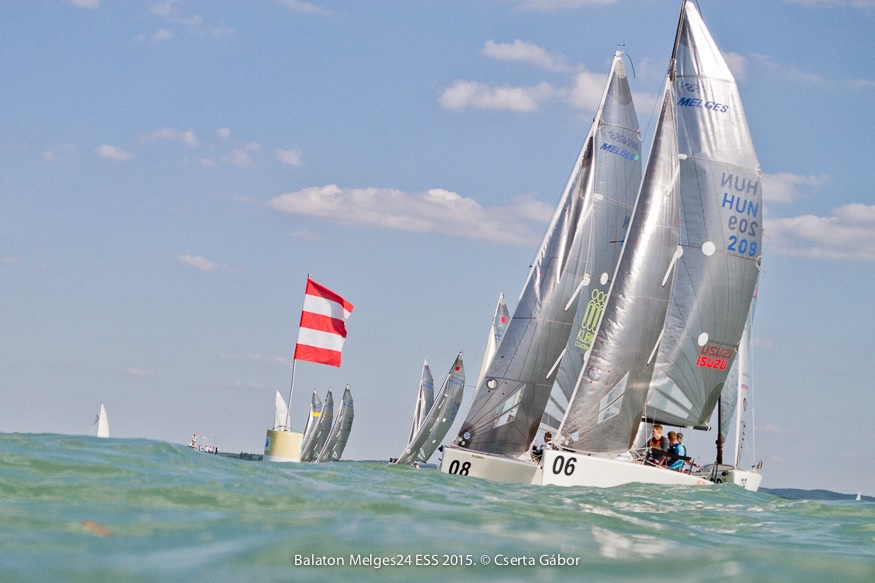 Benedek Fluck, the PRO of the regatta decided for a short postponement after the fleet went afloat due to the lack of wind,  but fortunately after 30 minutes the wind blowing from north-east started to be stronger so the first race could start. The wind speed stayed stable throughout the day, blowing with 5-8 knots, which enabled the Race Committee to manage four races successfully.

As the wind speed weakened during the second leg of the first race, the RC decided to shorten the course which proved to be a good decision.  The first race ended with the victory of Ian Ainslie’s Strange Brew team. 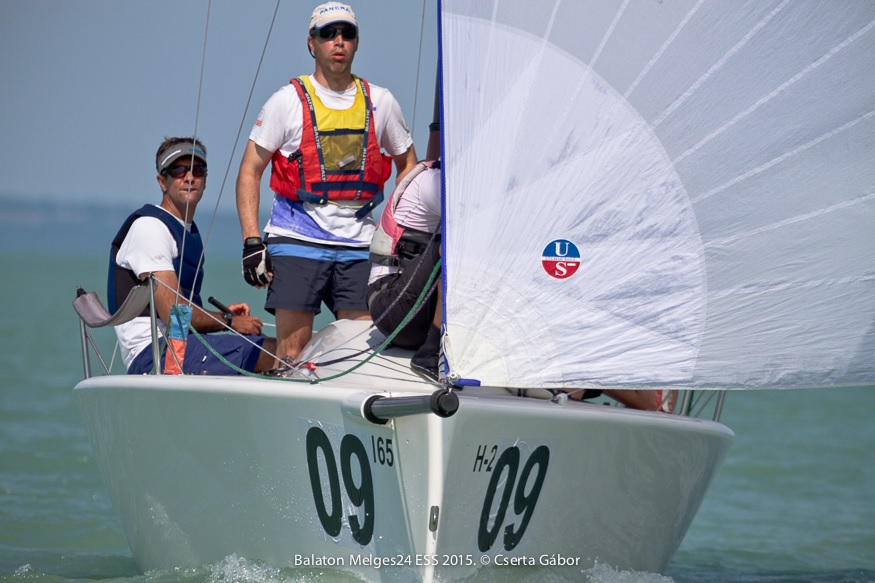 It seemed that a long waiting time is coming, but fortunately AP had to be displayed only for some couple of minutes before race no. 2 could start and successfully concluded in winds of 5-7 knots. The finish of the second race was a kind of exciting match racing between Gill Race Team and Ian Ainslie’s Strange Brew team which ended with Ainslie’s victory again.

The wind freshened gradually so race 3 was followed by race 4 as well. Lake Balaton presented perfect racing conditions. The first to sail through the finishing line of race 3 was the Ukrainian team Marusia, and Gill Race Team became the winner of the fourth race.

Exciting racing moments could be observed during the day, the competitors have been disciplined, the Race Committee has done a great job and the first four races brought the following provisional results with Strange Brew becoming the absolute winner of the first day. Among the Corinthians Britain’s Gill Race Team is on the top of the list.

Please see the photo gallery of the day by Gabor Cserta

The racing will continue on Saturday, May 9 at 10 a.m.