22 May, 2015 - Riva del Garda, Italy - Unstable weather made it impossible to manage the challenges the organizers and sailors met at the first day of the 3rd event for the Melges 24 European Sailing Series in Riva del Garda. The event is considered also as the Audi tron Sailing Series Act 3 "The King of the Lake" organised by B.Plan Sport&Events (BPSE) in cooperation with Melges Europe and International Melges 24 Class Association, hosted by the Fraglia Vela Riva Yacht Club.

The great fleet of forty six Melges 24 teams were welcomed during the skippers' meeting in the Audi hospitality tent at 11 a.m. where the sailors were greeted by Riccardo Simoneschi, the Chairman of the Audi tron Sailing Series and Michael Schineis, the Vice President of the IM24CA, who was wishing to a great regatta and was thankful to all sponsors and organizers on behalf of the international class.

After several hours of waiting, while the fleet was waiting wind to pick up on the water, the race committee decided to send forty six Melges 24 teams back ashore, where the sailors have had a good chat with snacks and drinks in Audi Village.

The battle for the title of "The King of the Lake" of Audi tron Sailing Series will resume tomorrow morning, with the first warning signal scheduled for 8.30 to exploit the Peler - northern wind on Lake Garda. 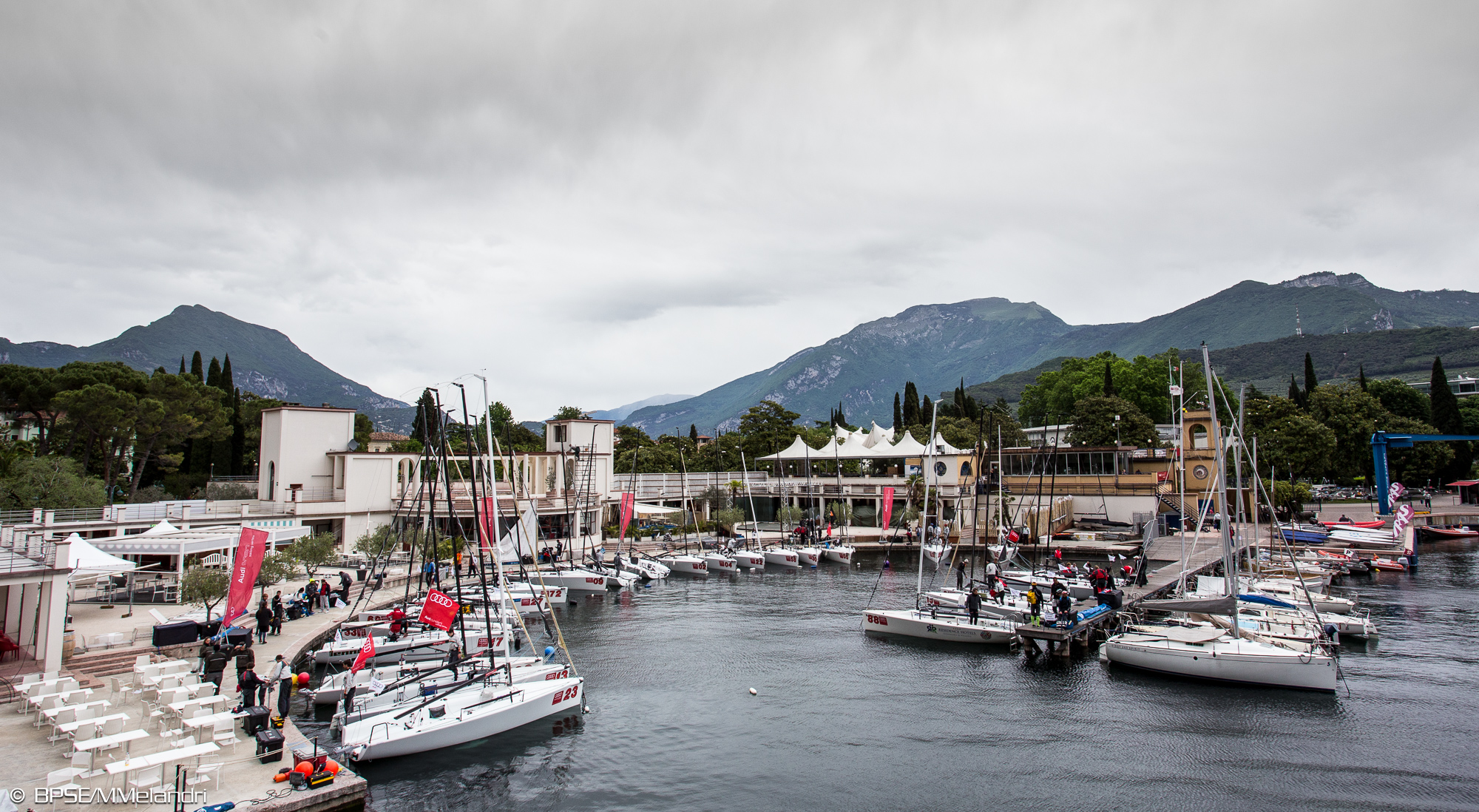 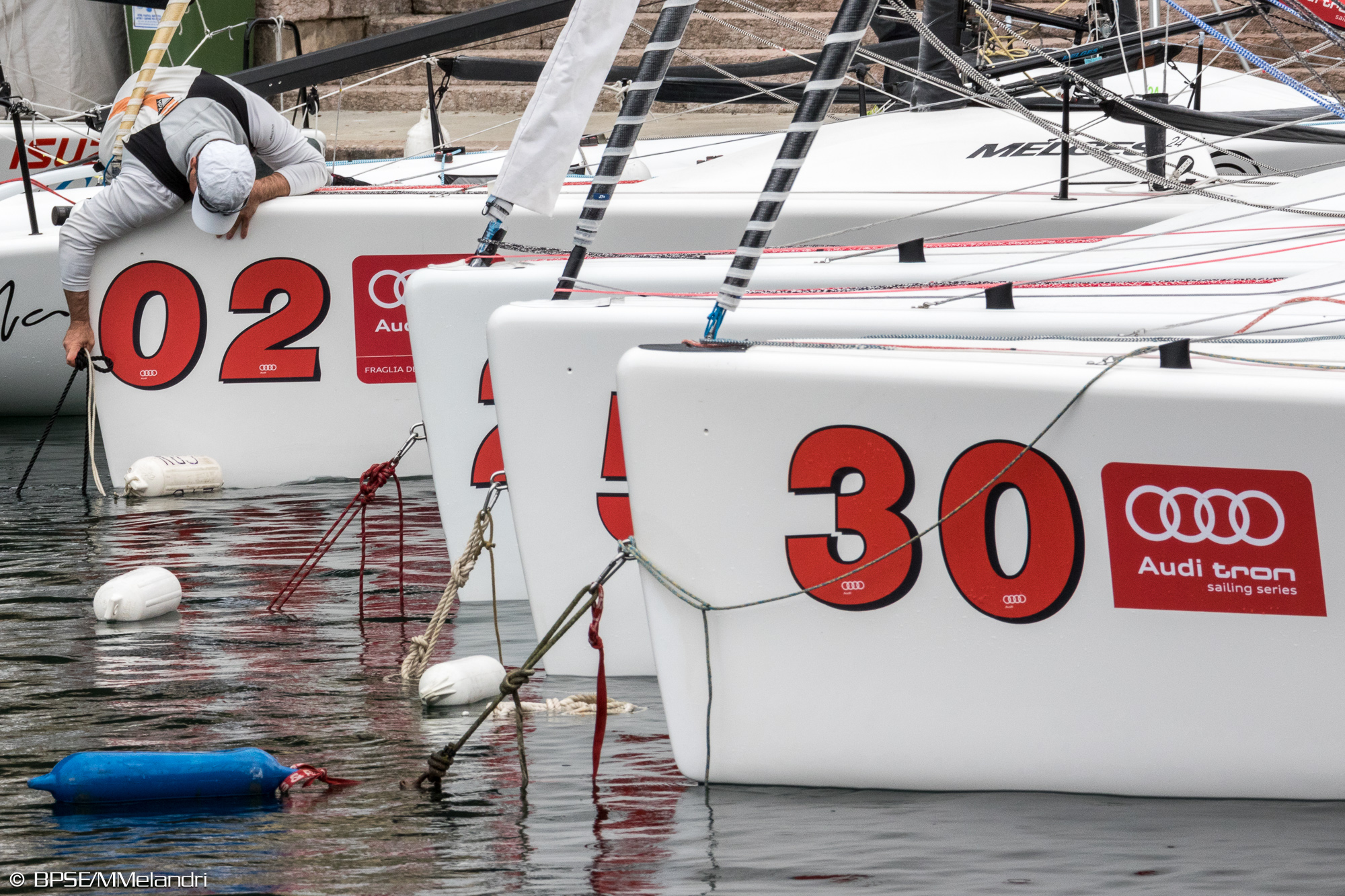