Melges 24 European Sailing Series - Event Four - Maidollis Takes It All Also in Scarlino: Third Victory in a Row for the Italian Crew of Gian Luca Perego

July 21, 2019 - Scarlino, Italy - It comes to an end with nine races completed, the maximum allowed by the Notice of Race, the fourth act of the Melges 24 European Sailing Series 2019, event organized by the Club Nautico Scarlino and the International Melges 24 Class Association in cooperation with Melges 24 Italian Class and valid also as Italian Open Championship.
From the first day of racing in Scarlino, the reigning European Champions onboard Maidollis (Fracassoli-Fonda) set their own pace  to the whole 24-boats fleet and, with partial results of 1-3-3-2-1-6-2-1-DNC, grab the victory of the event a regatta in advance. 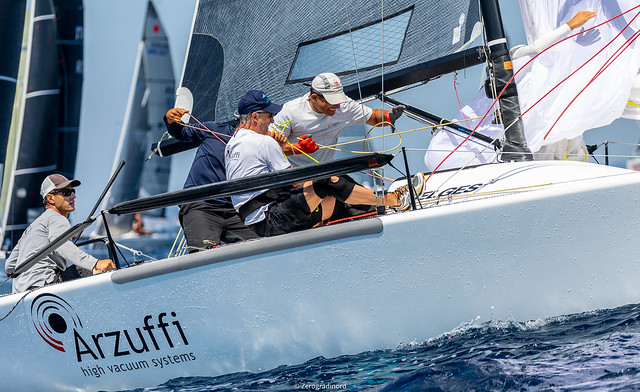 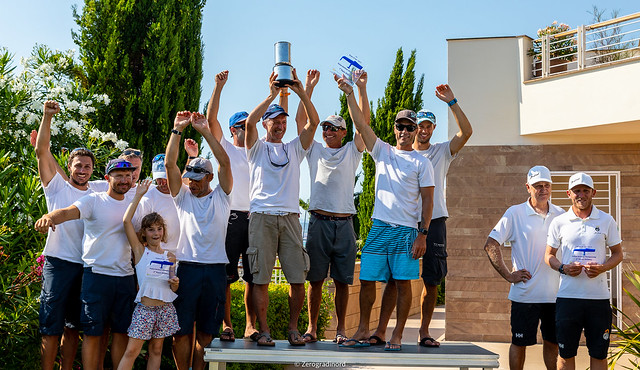 2019 Melges 24 European Sailing Series 4th event - Overall podium. Photo @IM24CA/Zerogradinord
On the podium, Maidollis is followed by Melgina of Paolo Brescia, new comer in the Class that, during the weekend, has always gravitated inside the top-3 with impressive results, and Bombarda of Andrea Pozzi, bronze medal one point behind the runners up.
For Maidollis, that of Scarlino represents the third consecutive victory in the 2019 season: the crew of Gian Luca Perego have in fact until now put the seal on all the events in which they participated, demonstrating a constancy and speed on the water that the opponents could difficulty attack.
Carlo Fracassoli, helmsman of Maidollis, commented: "We're very happy with how this event went, also because the light wind conditions we found here in Scarlino put us to the test. With such a light breeze, every movement on the boat could make the difference, but the crew has always moved in sync, demonstrating overall good boat handling. However, the consistency in the placements is what has allowed us to achieve results at the top of the ranking. The top-event of the season has yet to come though: for the World Championship, very competitive crews will be in the water, coming also from overseas: it will for sure be a great challenge". 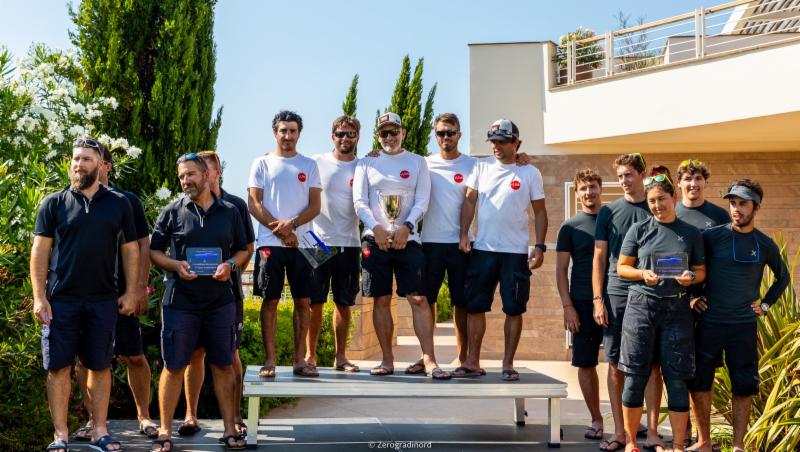 2019 Melges 24 European Sailing Series 4th event in Scarlino - Corinthian podium - photo @IM24CA/ZGN
Scarlino's Corinthian ranking sees the triumph of Marco Zammarchi's multi-champions aboard Taki 4, followed on the podium by the Hungarian Seven-Five-Nine and Arkanoè by Montura by Sergio Caramel.
Authors of the three bullets of day three, where regattas were completed in light breeze conditions from 220°, were, in the order: Black Seal, Melgina and Gill Race Team.
After this event in Tuscany and the summer break, the Melges 24 fleet will get ready for the highlight of the season, the World Championships in Villasimius: crews will get on water from 20 to 22 September for Pre-Worlds, while from 5 to 12 October they will race to find out who will succeed to Altea by Andrea Racchelli in the gold records of the Melges 24 World Champions.
Full results after nine races
Photo gallery of the day by Zerogradinord
Melges 24 European Sailing Series ranking results before Scarlino event - Overall | Corinthian 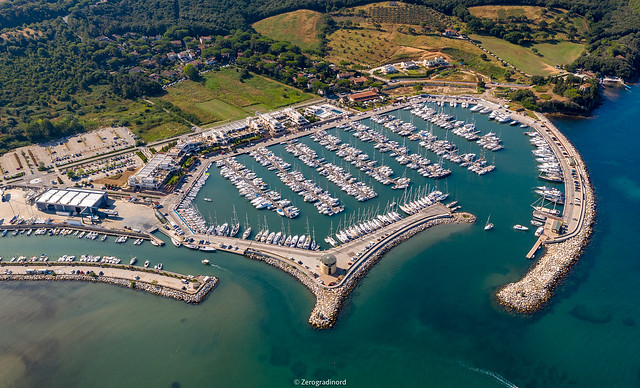 Club Nautico Scarlino wass hosting the Melges 24 Italian National Championship event, valid as the fourth act of the Melges 24 European Sailing Series and Act 3 of the Italian Melges 24 Tour in three weeks - on July 19-21.
After Tuscany, the fleet will move to Sardinia, to start preparing for the World Championship that will be held from October 5th to 12th in Villasimius, Sardinia. Final rehearsal for the Worlds will be pre-event in Villasimius on September 20th-22nd.
Media:
The best images, videos and news will be brought to you by Zerogradinord.
Event Press Officers - Mauro Melandri and Silvia Gallegati
IM24CA - Facebook | Flickr | Twitter | Instagram | YouTube |  Website
Videos of the European Sailing Series
More information about the event and series available at melges24.com/europeansailingseries 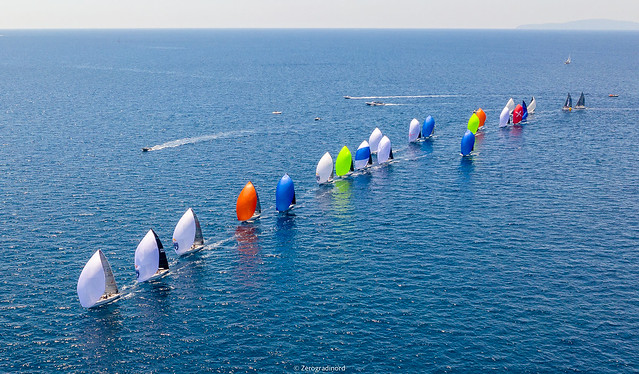