Morning in Luino was sunny and nice but not very promising for sailing in the first place. The fleet went out to the mirror-like lake around midday after having a short press conference and skippers meeting with welcoming speeches at the Associazione Velica Alto Verbano (AVAV). Around 2 pm a southerly Inverna-wind started to blow and the Race Committee started to set the course. Before the first warning signal a very heartfelt ceremony was carried on the water when Race Committee asked to lower the mainsails to honour and remember the son of the founder of the AVAV – legendary Dino Magnaghi, who recently passed away at age ninety three.

Lack of wind and waiting on the water made the teams so anxious to sail that the first two attempts to start the race ended up with general recalls. The third attempt was successful and the fleet was finally off. 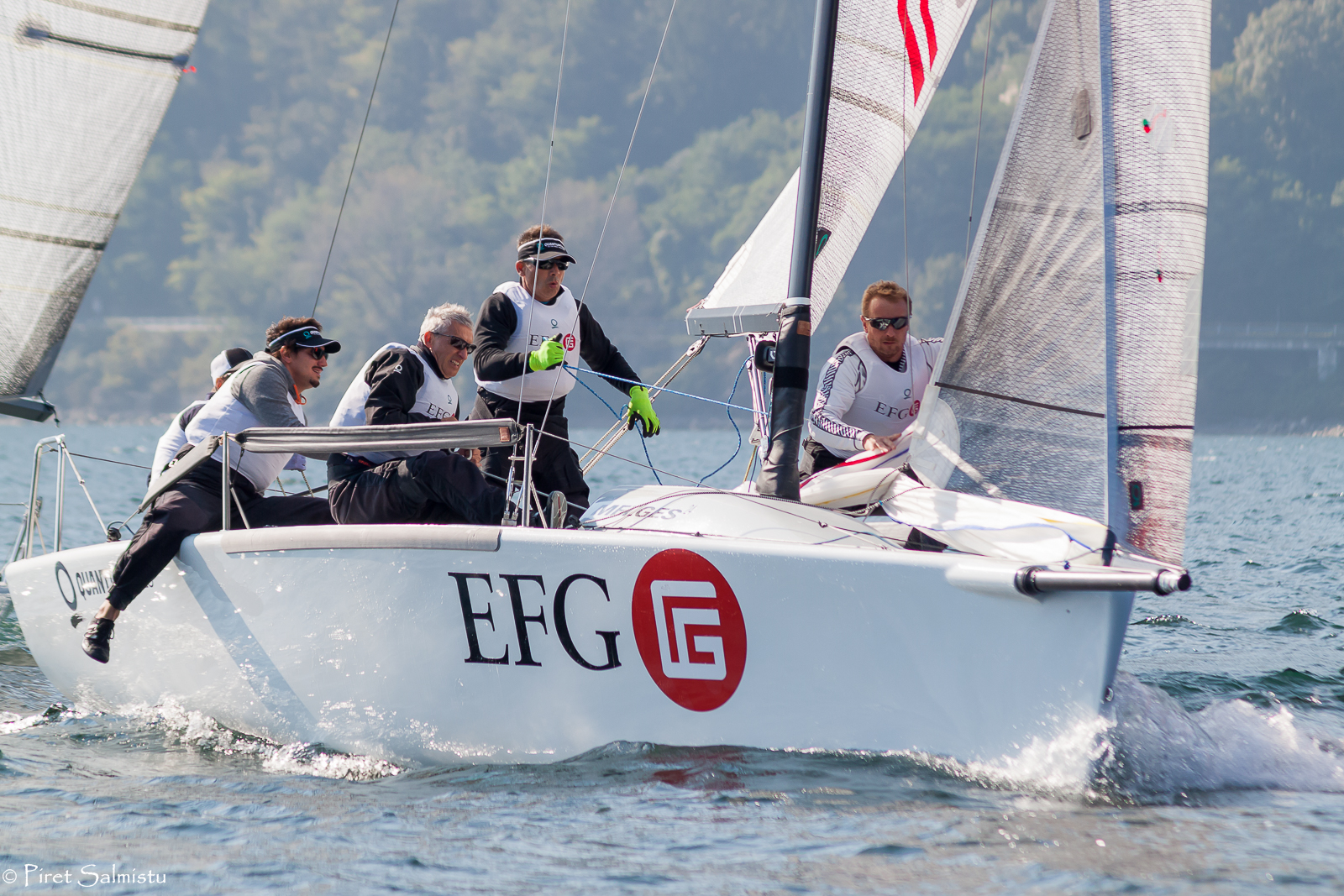 EFG team, normally helmed by Christopher Rast, is racing at this regatta with all Italian team under sail number ITA822 and Carlo Fracassoli in helm. Winning the first and having second and eleventh results, they took the lead but Carlo Brenco’s Levante with Matteo Ivaldi in helm is chasing hard (today 6-4-4) tied in total of fourteen points. 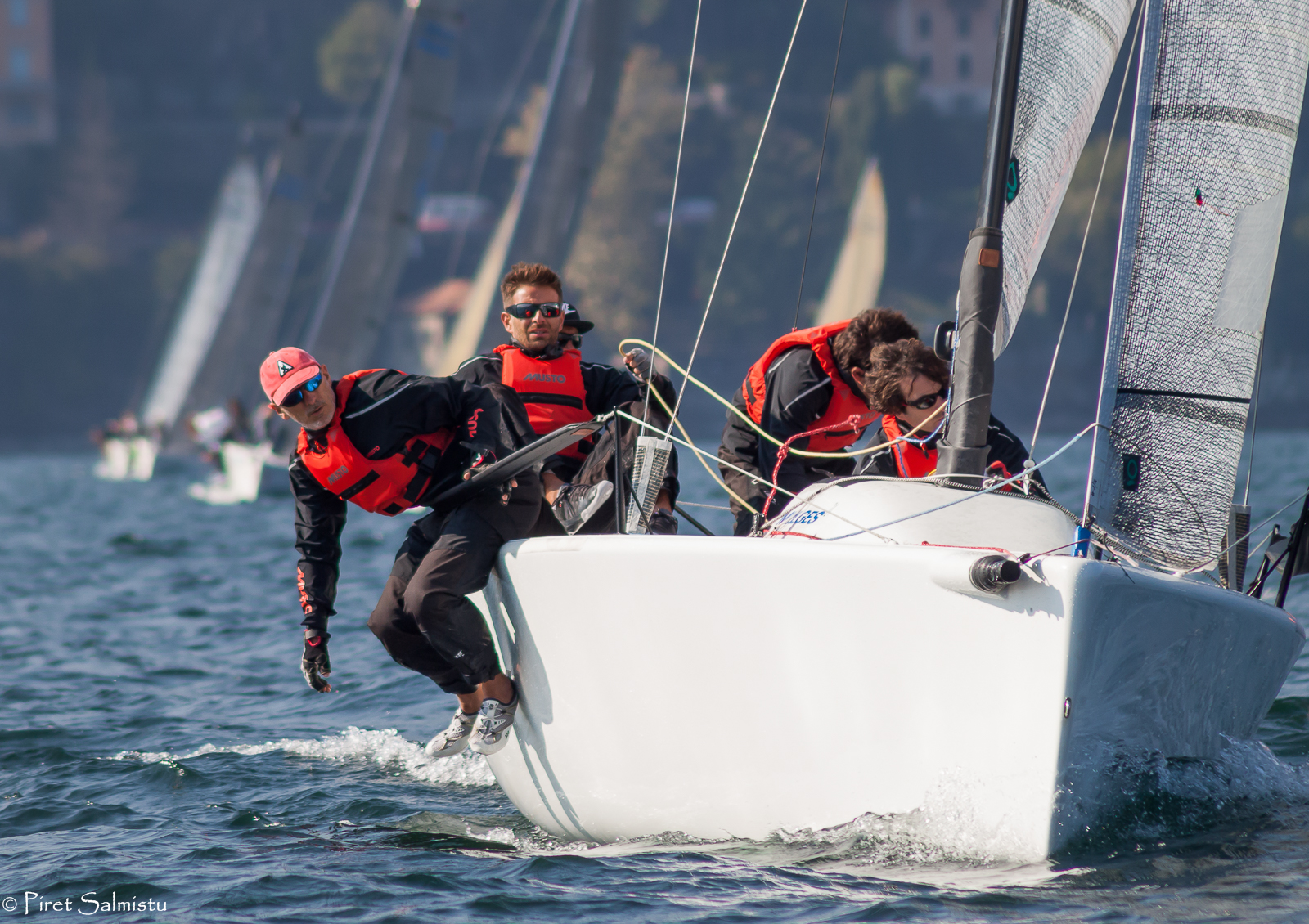 Tied are also Niccolo Bertola-Giacomo Fossati’s Taki 4 and Andrea Pozzi’s Bombarda with Giulio Desiderato calling the tactics respectively on the third and fourth. 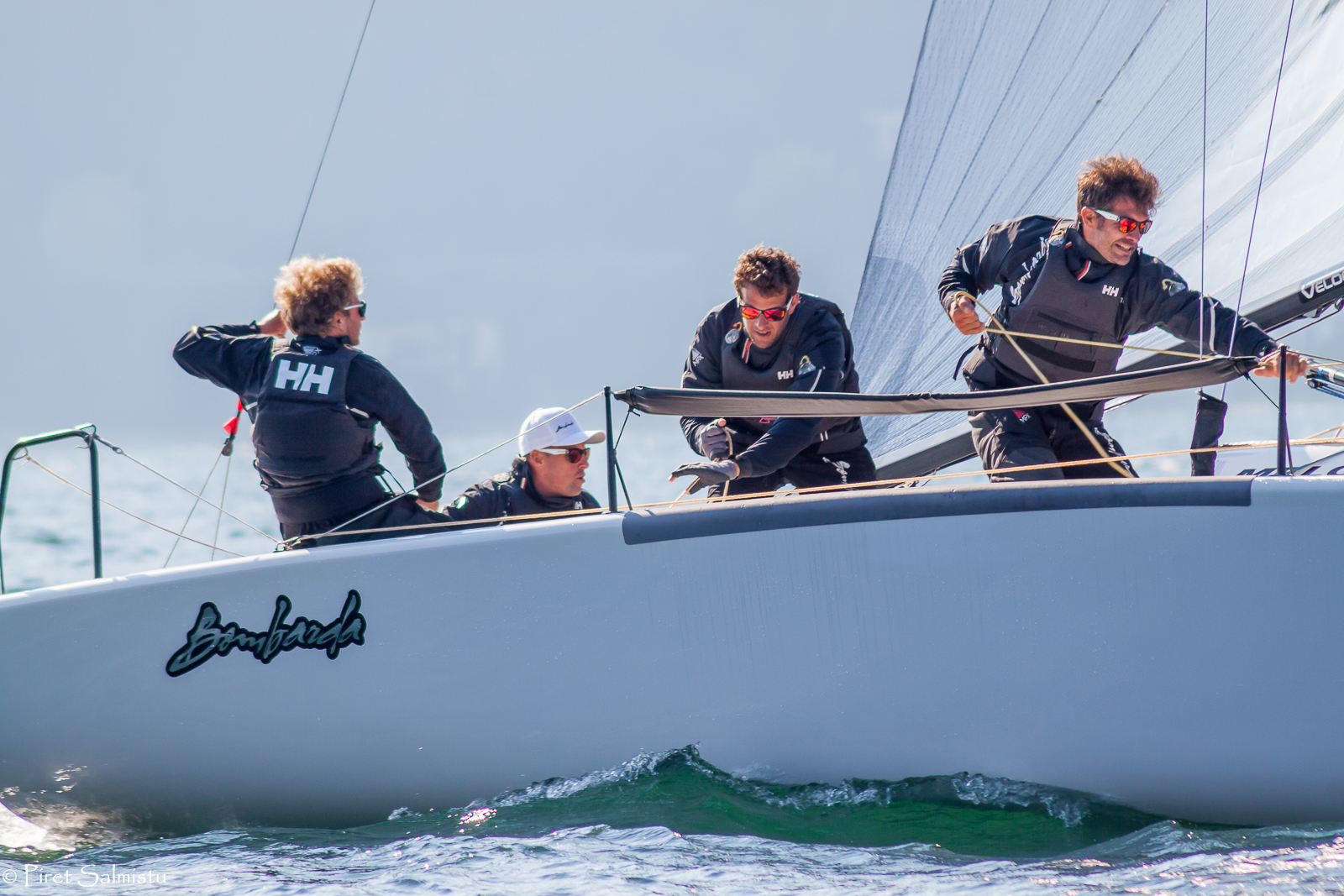 Andrea Racchelli’s team sailing in Luino on another boat, as their own is on the way to the Worlds in Miami, was too anxious to start the racing and managed to get the ZFP penalty (15), but was very good and consistent in the second and third race (1-2).
Full results 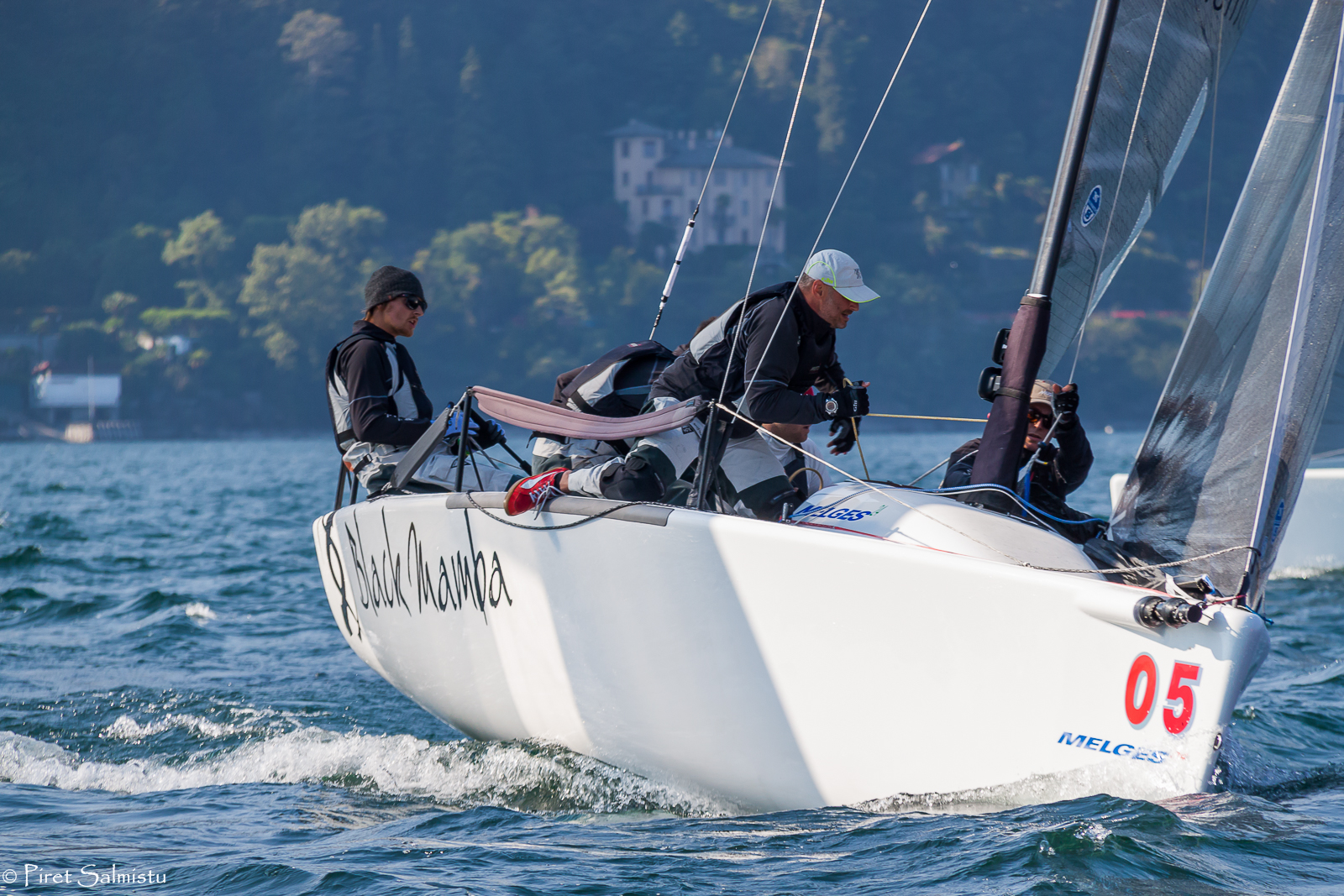 The leader of the Corinthian division is Niccolo Bertola’s Taki 4, the fourth best team at the Europeans in Hyeres. With eight points in total they are one point ahead of of Miroslav Baran’s Black Mamba (CZE) followed by Eddy Eich’s Musto Racing (GER) with Kicker Schäfer helming (14 pts).
Corinthian full results 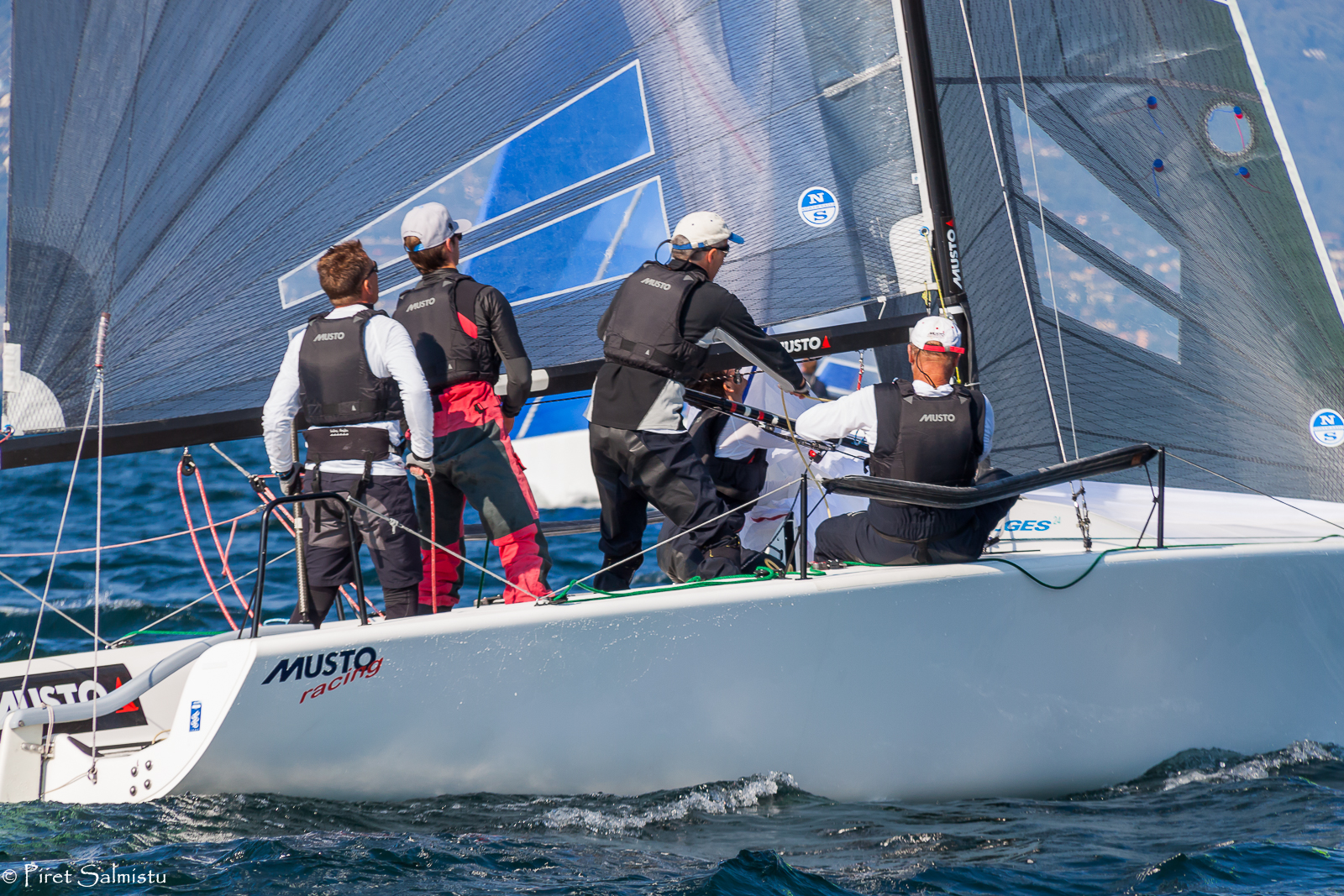 Racing will continue on Saturday with a first warning signal scheduled at midday and maximum of three races to be sailed.

Lino Favini Cup is also considered as the Swiss Open Championship and is organised by the Associazione Velica Alto Verbano (AVAV) in collaboration with International Melges 24 Class and Melges 24 Italian Class Associations.