June 21, 2016 - Kammersee, Austria - It's been a week since the winners of the second event of the 2016 Melges 24 European Sailing Series were announced in Segelclub Kammersee, Austria. Sometimes mistakes can happen and so happened with the results of the Corinthian fleet. According to the corrected results the Top 3 of the Corinthian fleet changed so that the first and third positions were swoped and as the winner of the event turned to be Michael Good's Cinghi-Aile from Switzerland followed by Eelco Blok's Kesbeke/SIKA/Gill Team from the Netherlands as second and Kicker Schäfer/Eddy Eich' Musto Racing from Germany as third. 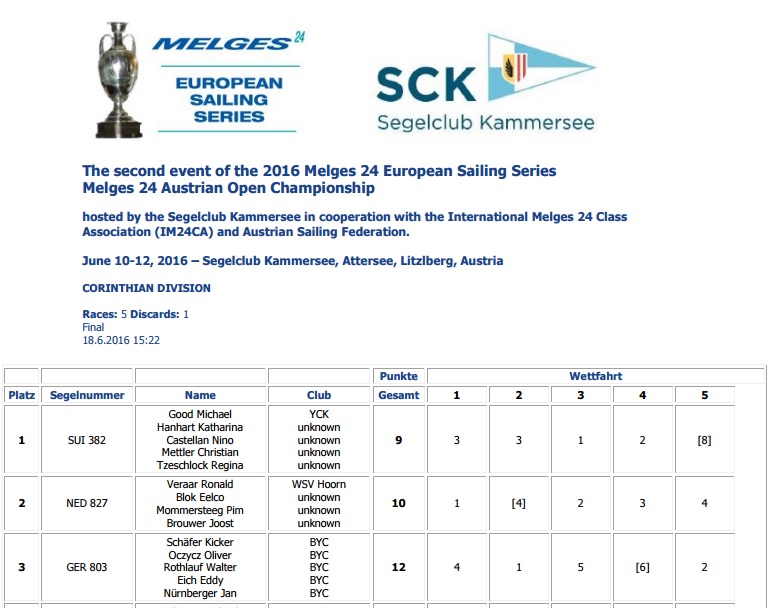