June 24, 2016 - Kiel, Germany - One of the largest sailing events in the world, Kiel Week has been the venue for the Melges 24 European Sailing Series many times in the past. Wonderful entertainment ashore is something what sailors like besides competitive racing on the water. The 2016 Melges 24 European Sailing Series third event was opened with three races on the first day. 22 boats from seven nations are represented in Kiel - Denmark, Germany, Great Britain, Italy, Switzerland, Slovakia and Ukraine. Italian Andrea Pozzi's Bombarda took the lead with tied points of another Italian Andrea Racchelli's Altea following as second. 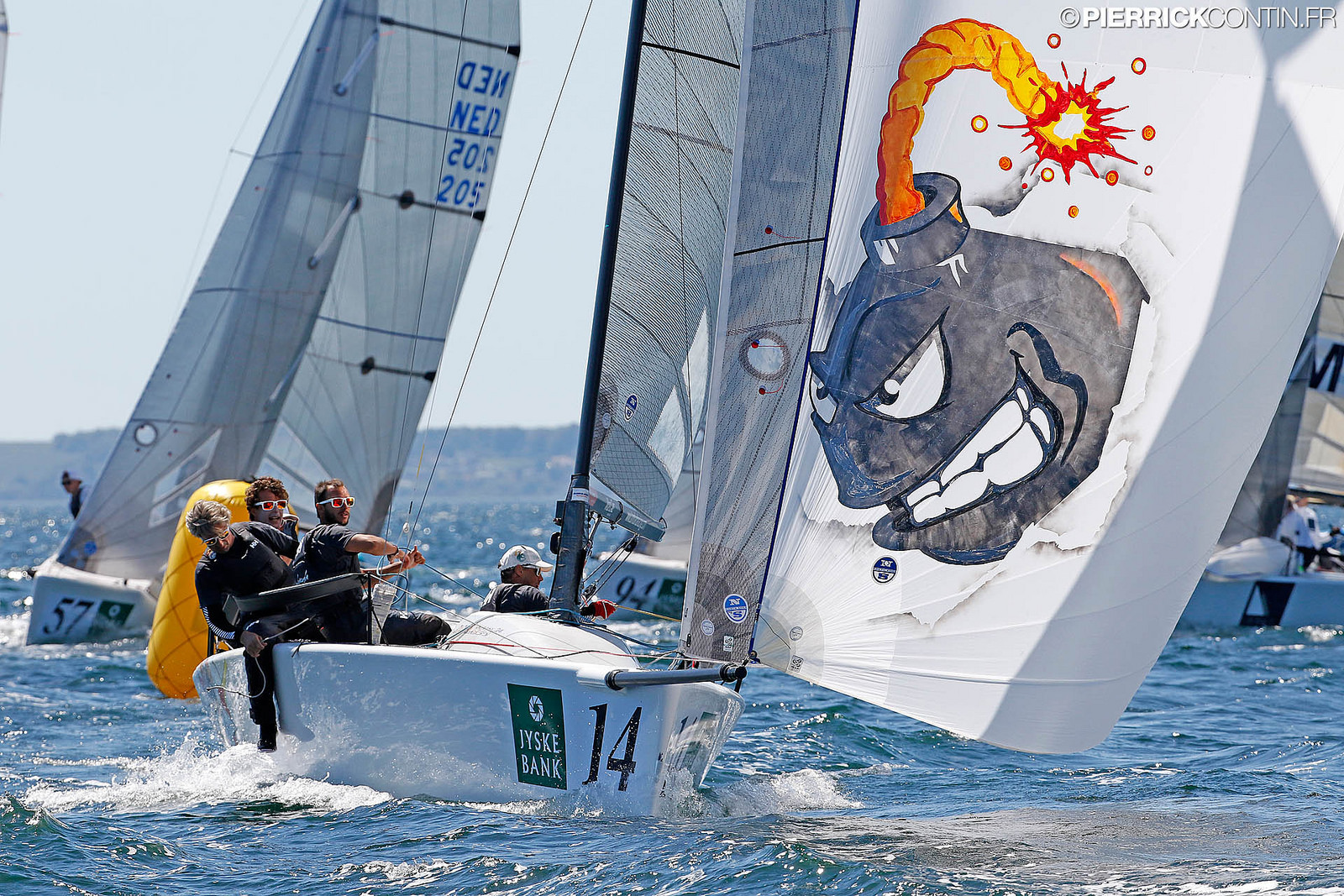 The racing day started with a good breeze of 8-10 knots from 80 degrees at the race area Foxtrot. However, the first scheduled attempt to start failed due to the shift from the right just a minute before the starting signal for Melges 24 fleet. That shift led to a 45-minutes-wait at the racecourse for both Melges 24 and J80 fleets, while wind reading at the starting vessel and first upwind mark were showing 80 and 120 TWD accordingly. As soon the wind stabilized the first race started with the second attempt after a general recall. The wind was 8-10 knots and dropping constantly slowly shifting to the right side. After second upwind the wind started to change to the south-eastern direction, so the second part of the fleet was forced to use the gennakers and finished beam reaching.

After the finish of the first race the wind has filled in from a new south-south-east direction and the RC has decided to move the racecourse a bit closer to the Shilksee Sail Club. New direction has brought the wind of 15-18 knots along with the warm wind from the shore. Second race started with a good clear start and choppy short waves. Stable and strong wind gave an opportunity for a nice sailing with a stable plaining downwind.

For the third race the wind was slowly dropping, and the fleet started again with a clear start. As the race went - the wind was dropping slowly, and, by the end of the race 3 dropped to 8 knots, with short gusts coming from the right side. In total the race did not see dramatic leader changes. Only the gust on the last downwind leg brought several boats from the middle closer to the leading pack. 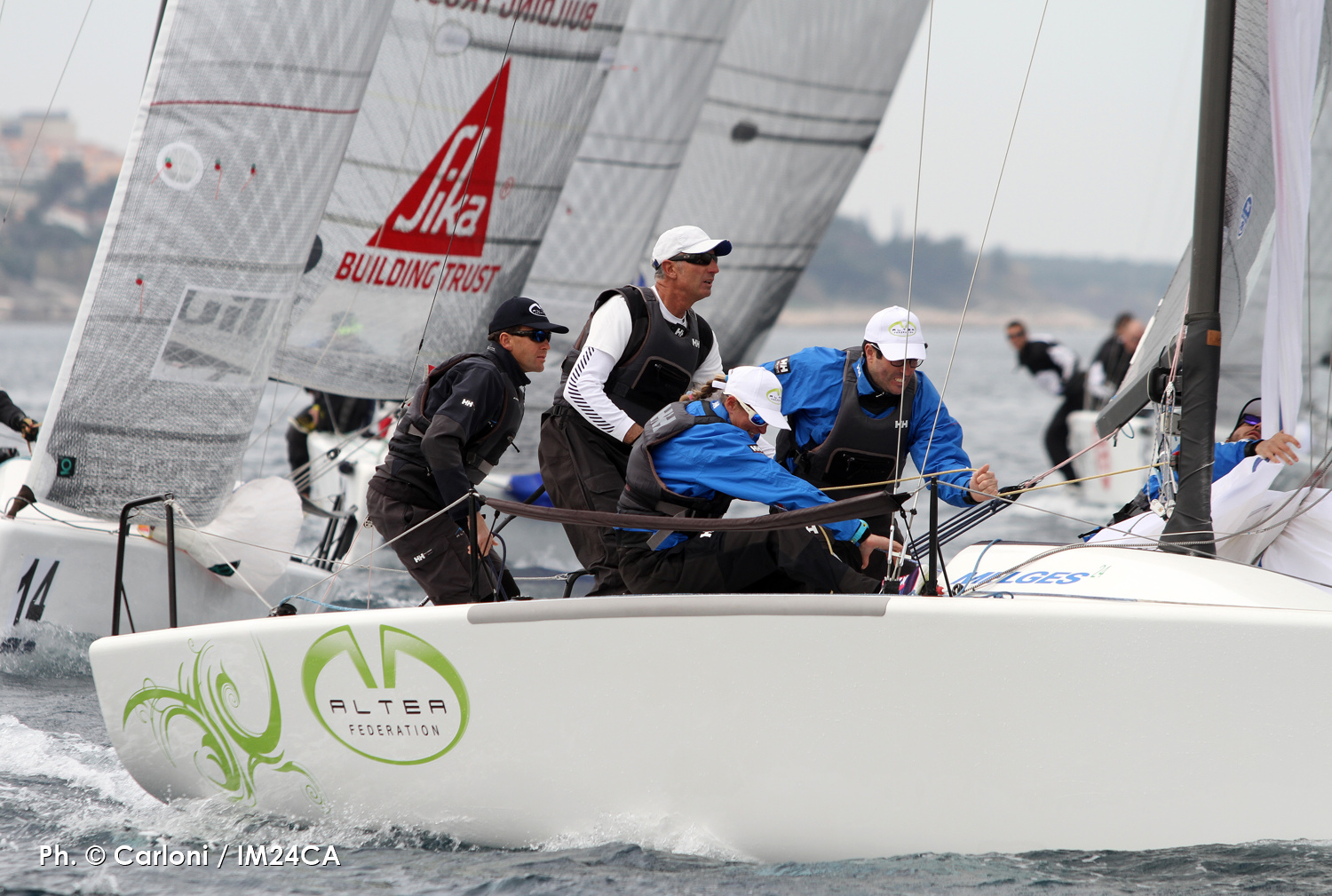 The fleet was happy about the nice and warm weather conditions with enough wind to execute three nice races. Tight competition was going on between two Italian teams - Andrea Pozzi's Bombarda and Andrea Racchelli's Altea. Both teams got one bullet, one second and one third finish, but Bombarda being the first over the finish line in the last race gave him the advantage and leadership ahead of Altea with six points in total. 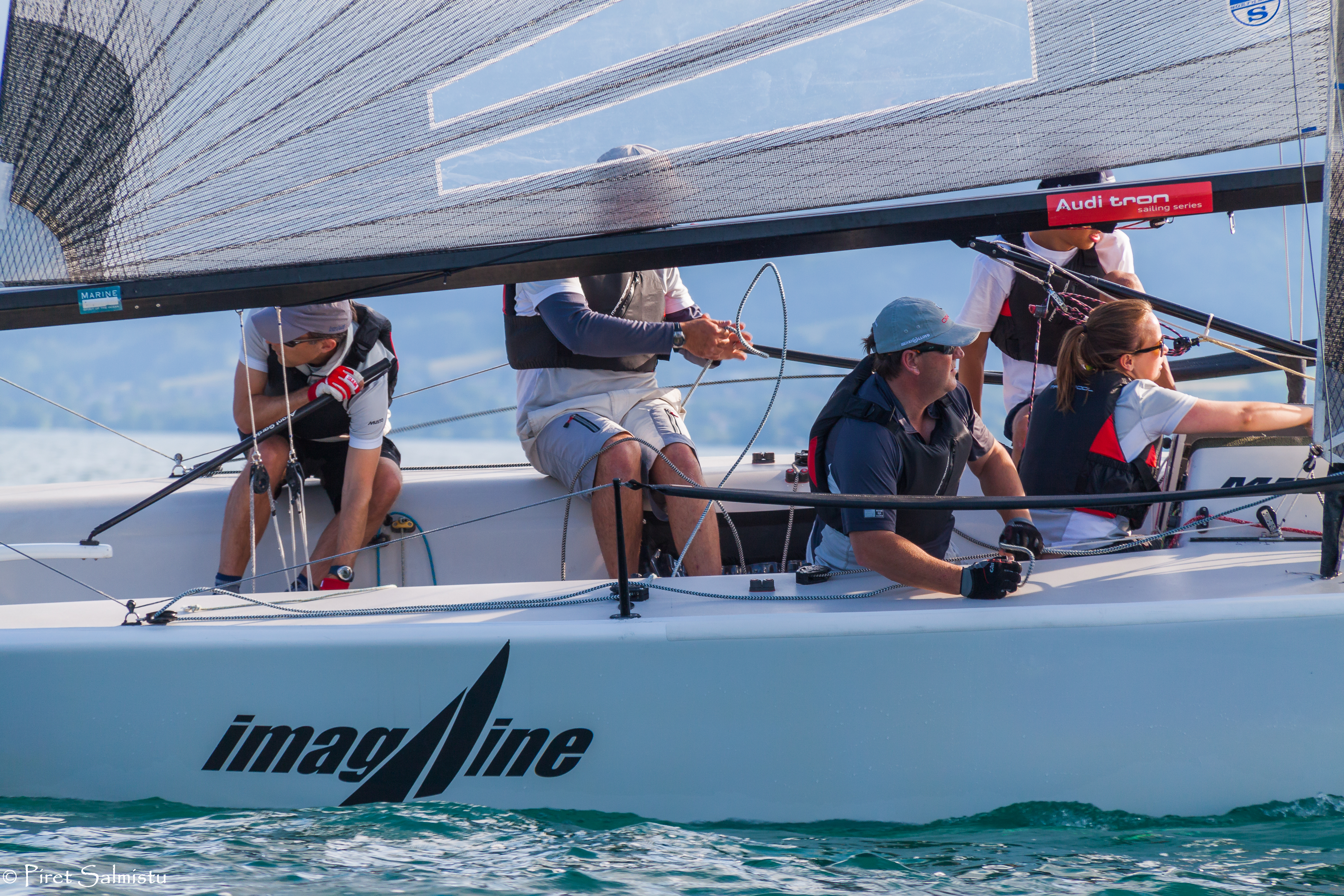 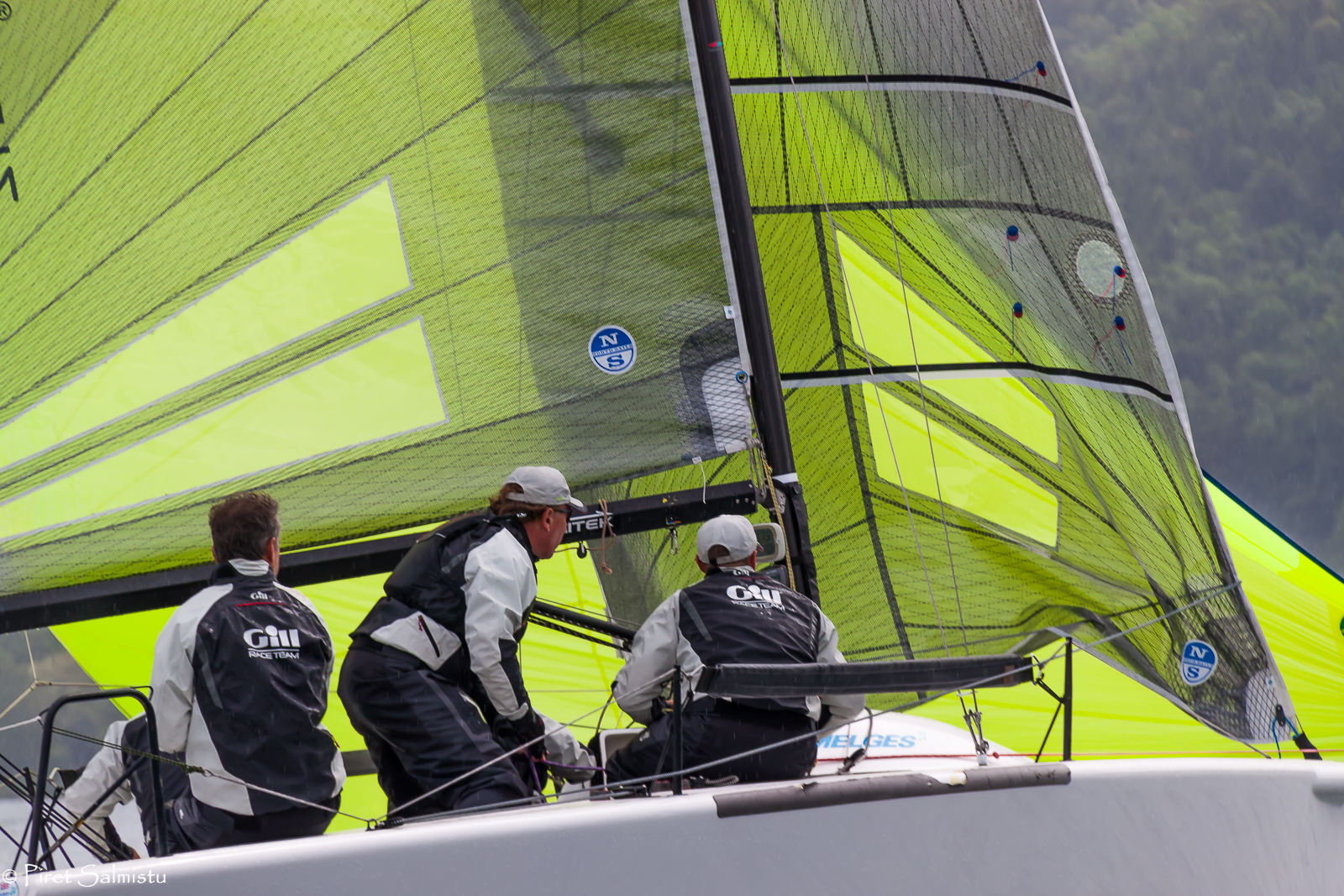 Another equal competition was between two teams from Great Britain. David Rowen's Imagine and Miles Quinton Gill Race Team ended the first day of the event with the total of 13 points, but one bullet from the first race secured to Imagine better overall position. The best German boat on the first day was Michael Tarabochia's White Room with Luis Tarabochia at the helm ending the day as fifth. 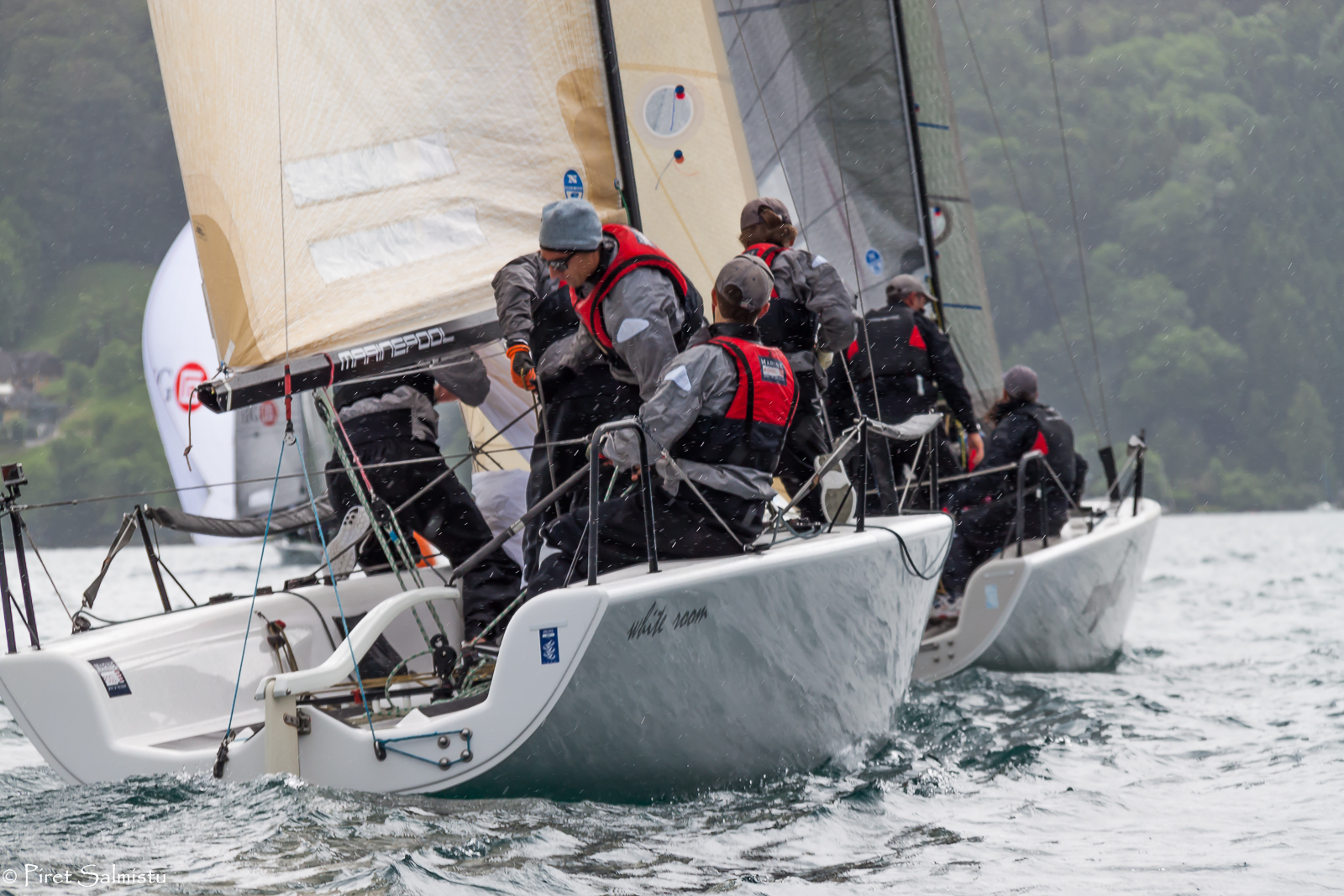 Racing for the Melges 24 fleet will continue today and will end on Sunday - altogether eleven races scheduled.