July 16, 2016 - Riva del Garda, Italy - In the first place the Peler and then the Ora: Garda Lake returns to its standard winds after yesterday's Northerly breeze that was blowing during all the afternoon. At the end of the second day of the fourth event of the Melges 24 European Sailing Series, event that is underway in Riva del Garda thanks to the organization of the Fraglia Vela Riva, Andrea Racchelli confirms Altea (ITA; 7-1-5) as the leader of the regatta with just three points margin ahead of Angelo Di Terlizzi's Marrakech Express (ITA; 3-6-2), helmed by former Italian Olympian Matteo Ivaldi. The third place is at the moment in the hands of Maidollis (ITA), entrusted to former Melges 24 World Champion Carlo Fracassoli from the owner Gianluca Perego. 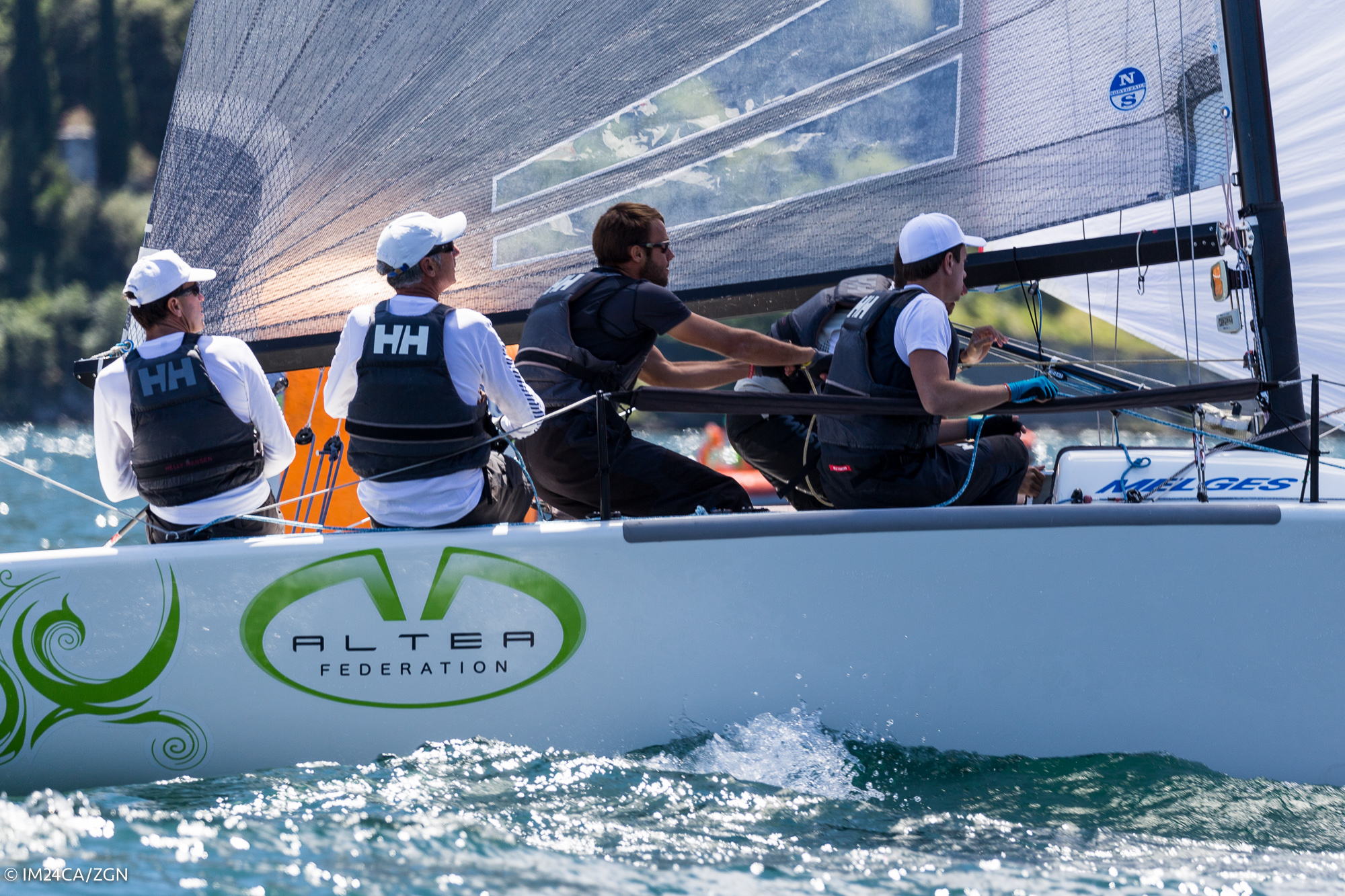 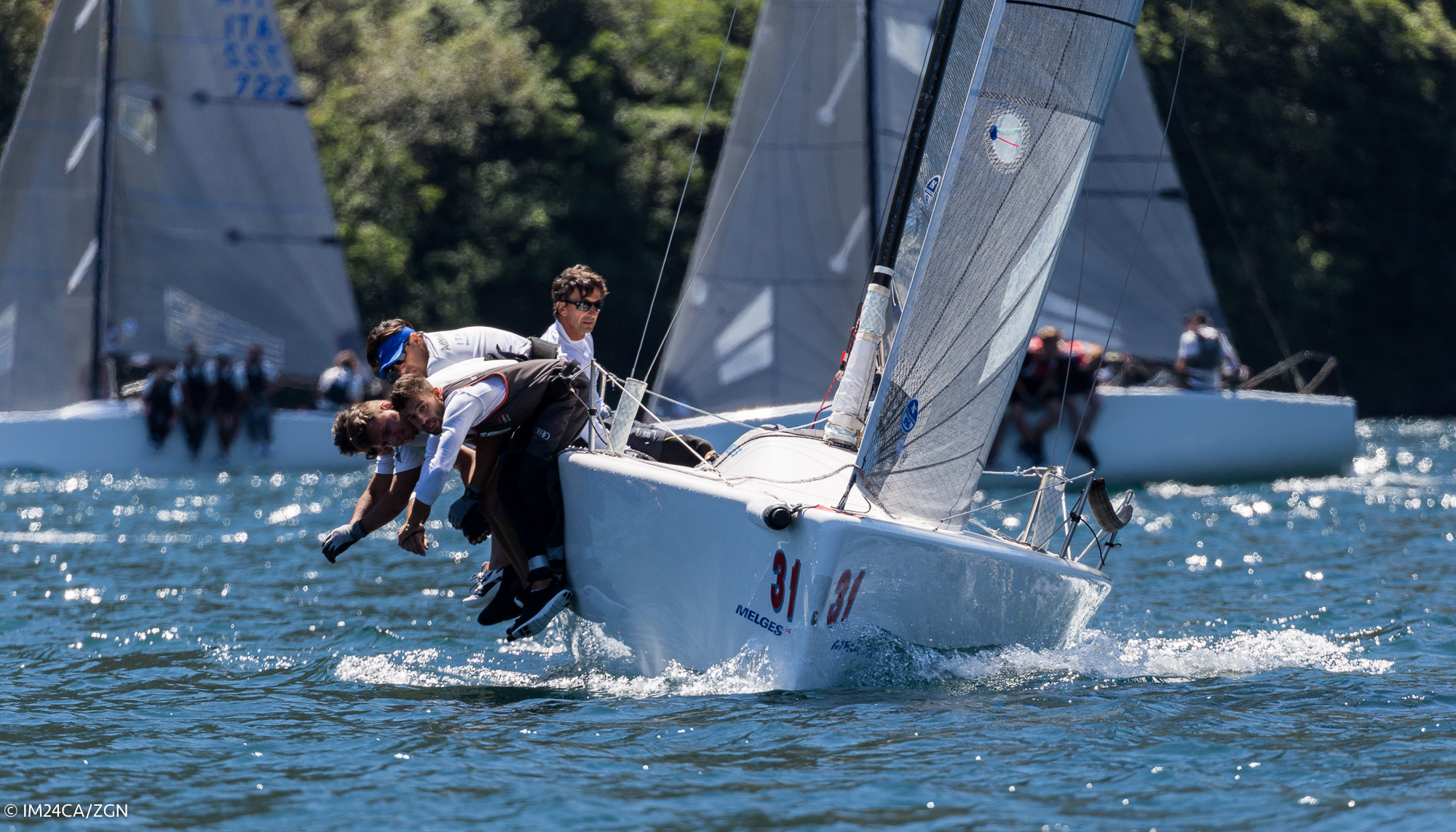 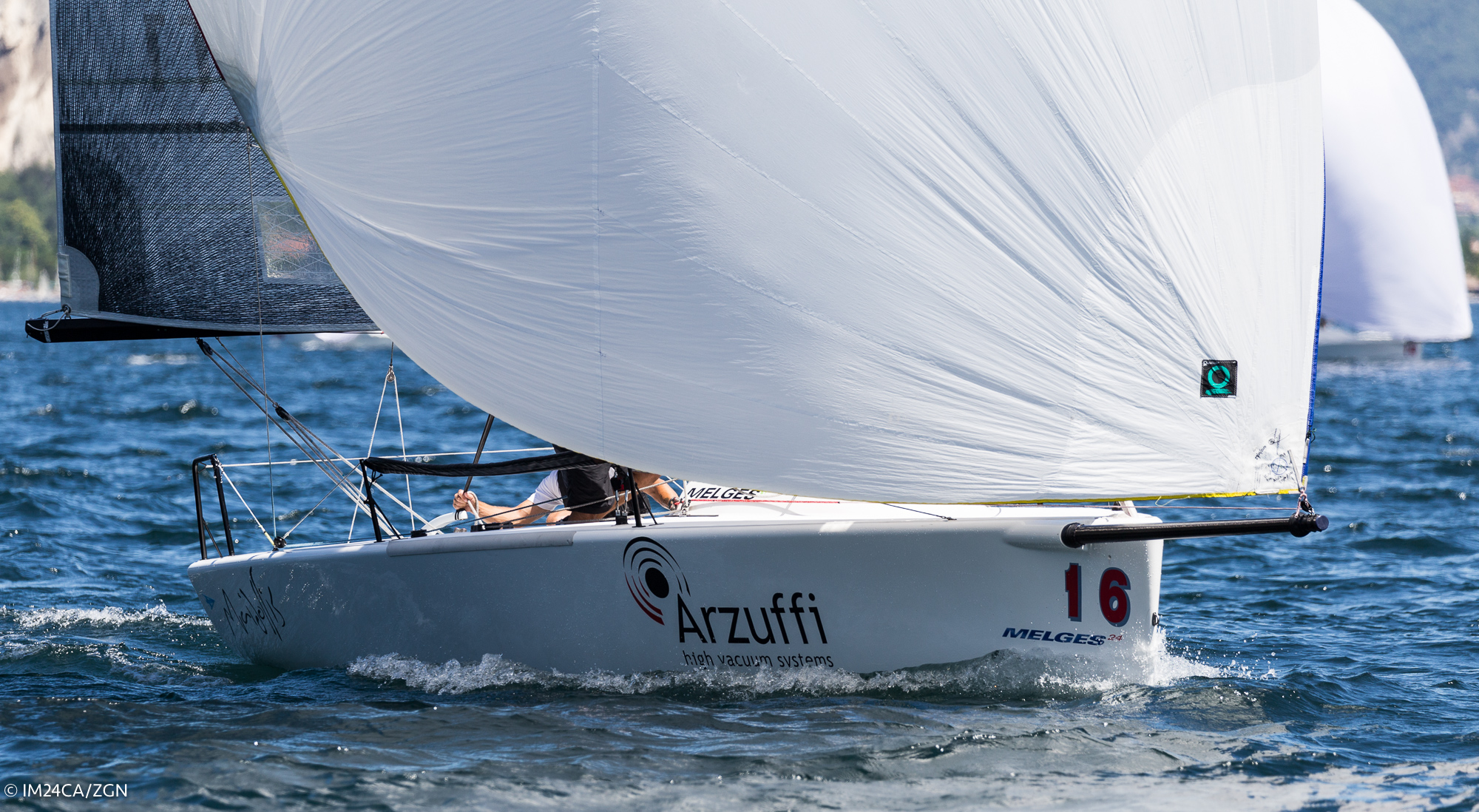 The last two races for the series are planned for tomorrow morning with the first start at 9 am in order to sail with some strong Peler wind. At least another boat is fighting for some important results and we are talking about Chris Rast's EFG (SUI). The reigning World Champion, who is sailing along with the two times Melges 24 World Champion Flavio Favini, is fourth just one point behind Maidollis and he will try to take advantage of the latest race to move some steps forward. 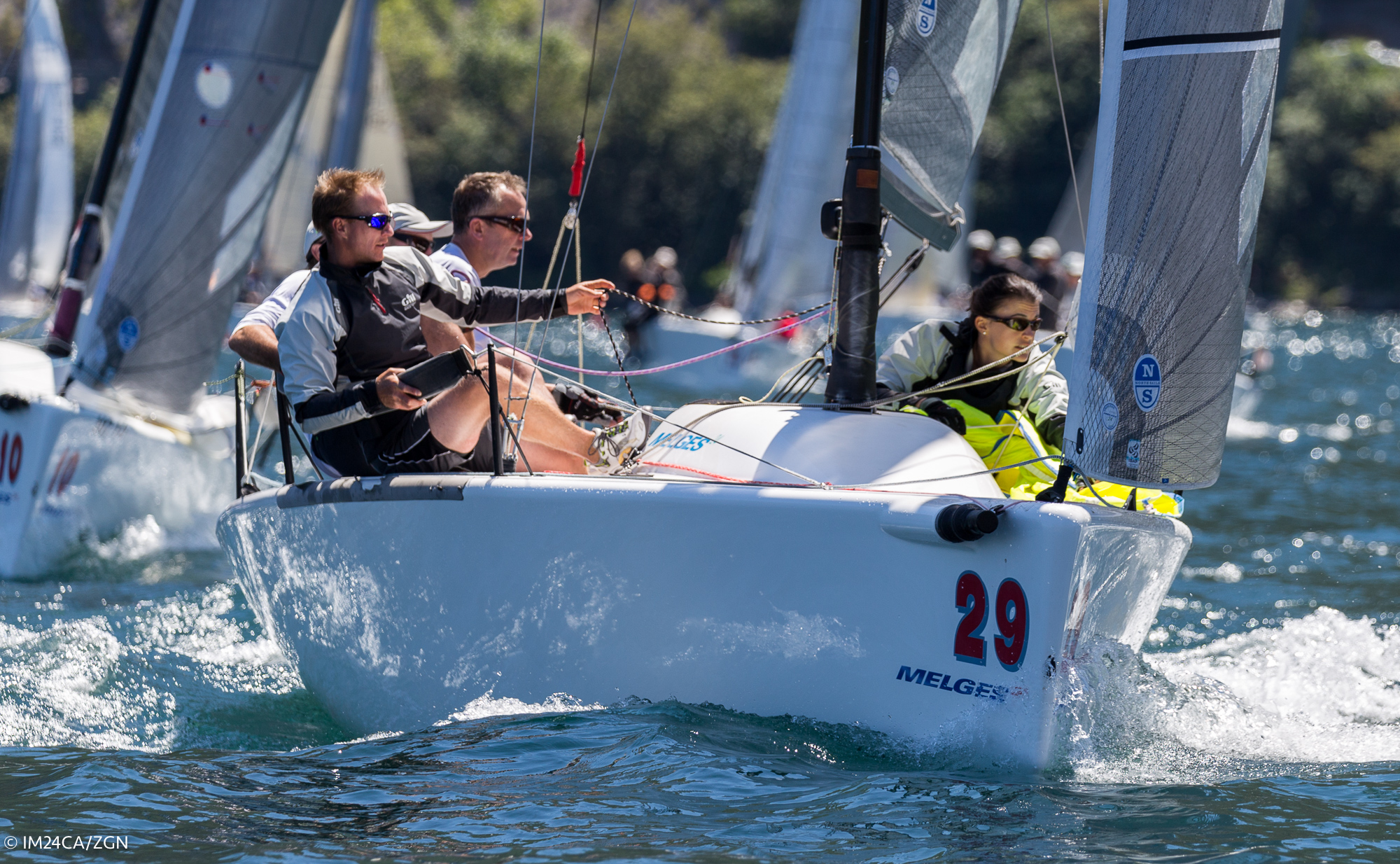 Some crowd is also fighting for the fifth place in overall ranking, with Miles Quinton's Gill Race Team (GBR), leader of the Corinthian group; Eelco Blok's Team Kesbeke/SIKA/Gill (NED), the winner of the today's first race held with some light Peler that then left room to Ora; Andrea Pozzi's Bombarda (ITA) and Kalman Rozsnyay's FGF Sailing Team (HUN) collected a handful of points. 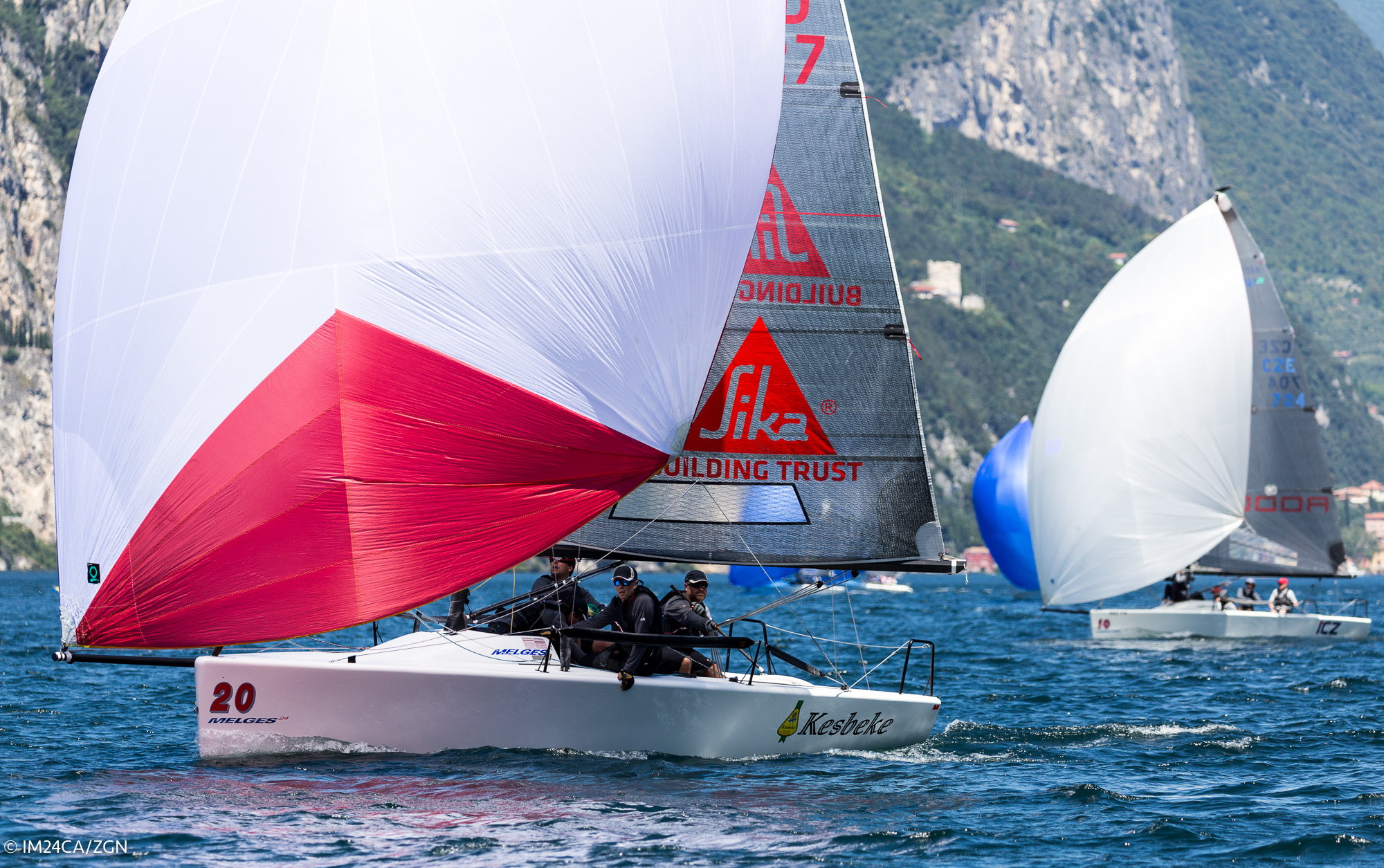 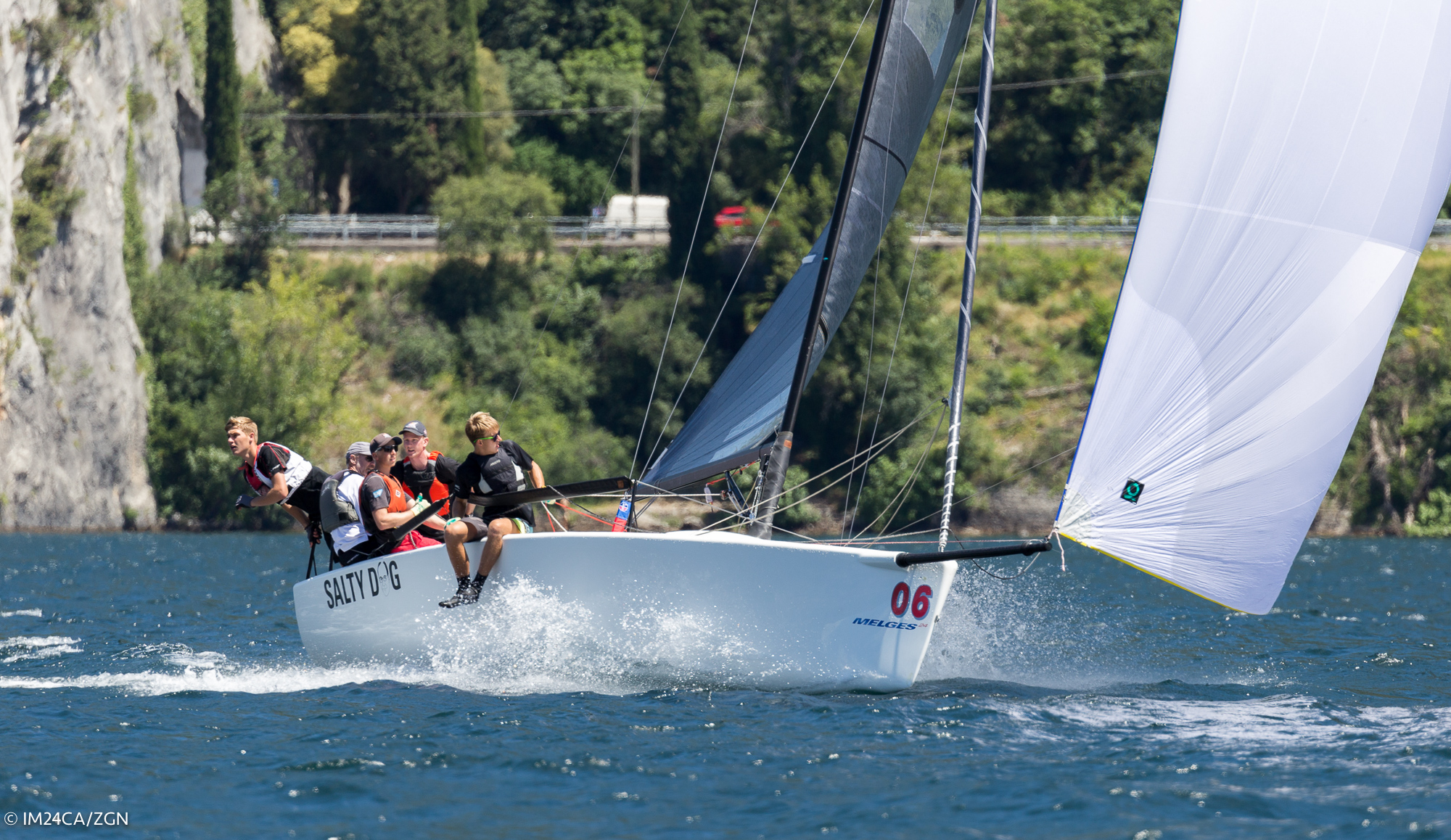 In Corinthian ranking the leader is Gill Race Team (GBR) with Geoff Carveth helming followed by Kesbeke/SIKA/Gill (NED) with Ronald Veraar at the helm on the second place and Peter Warrer's Salty Dog (DEN) as third tied with Michael Tarabochia's White Room (GER) as fourth.

Sailing will resume on early Sunday morning with no races scheduled after 2.30 pm.