Melges 24 European Sailing Series 2015 will take off in Portoroz, Slovenia

26 March 2015 - Portoroz, Slovenia. The first stage of the Melges 24 European Sailing Series 2015 will be held this weekend on March 27-29.  A truly international fleet will start their sailing season in the beautiful bay of Portoroz, Slovenia.

The first event of Melges 24 European Sailing Series 2015 is set to take place from 27th March to 29th March with 24 crews from 11 countries competing. The top 2014 European teams are here to gather the points to the Melges 24 European Sailing Series 2015 ranking including the overall winner 2014 in Pro division Riccardo Simoneschi's team on Audi tron ITA-840, the third in Pro division Miles Quinton's Gill Race Team GBR-694. From the Pro Am division 2014 winner FGF Sailing Team HUN-728 with Robert Bakoczy in helm and from the third position Oleg Dyvinets' team Marusia from Ukraine. Last year's winner of the regatta and the Slovenian champion Andrea Racchelli with his Altea ITA-735 is also ready to defend the title in Portoroz. The International Melges 24 Class Association is proud to award the specially launched Melges 24 European Sailing Series medals to the 2014 best European teams during the dinner on Saturday evening. Full entry list 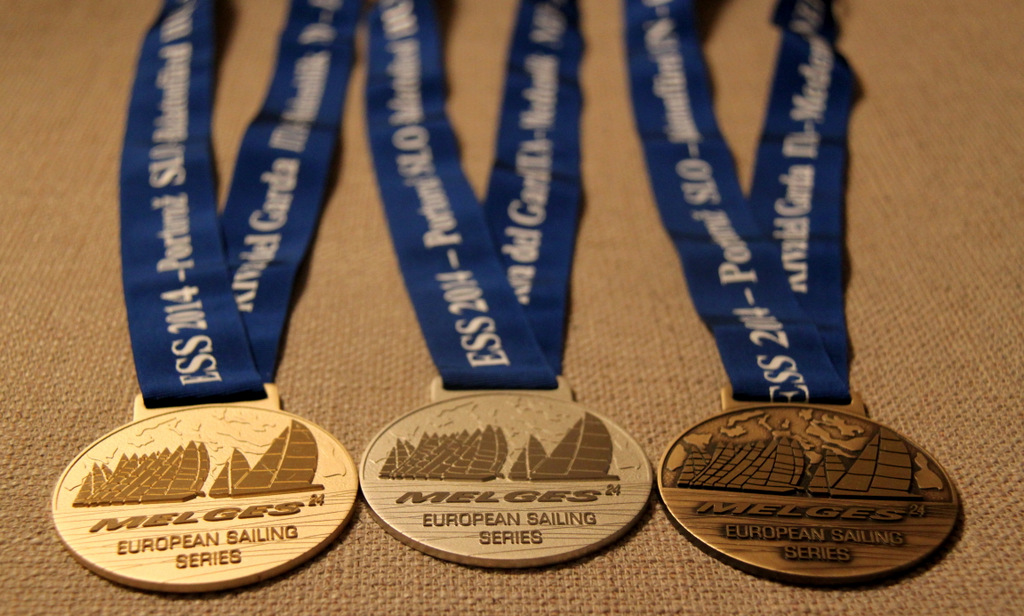 The organizing Committee of Yachting Club Portoroz is ready for the first race of the season and one of the most important competitions in Slovenian sea for the Melges 24 class this year. "We will be welcoming a very competitive fleet and are working hard to deliver an outstanding regatta," says the member of the committee Branko Parunov. "I'm looking forward to the event. It will be a great joy to race in such a competitive fleet of over 20 boats from all over the Europe. Like every year, organizers have been preparing the event for quite some time and it looks that their efforts will be rewarded with interesting weather conditions, over 20 knots of wind on first racing day which will drop through the event," outlined Jure Jerkovic, the Chairman of the Slovenian Melges 24 class.

The Chairman of the International Melges 24 Class Association Jens Wathne is happy to see such a great start for the sailing season in Europe. "The Melges 24 European Sailing Series over the years has became a natural part of the European teams' racing season. A multinational series has proven its importance to maintain the high level of racing what the Melges 24 sailors have. The events of series encourage local fleets around Europe to sail against fierce competition from other countries. The top teams from last year in both divisions are present to compete at the first event of the in Portoroz. Stay tuned for the news on this. IM24CA with Zerogradinord professional media team will provide an extensive media coverage from this event."