A total of 124 teams (16 teams more than 2014) from 19 nations took part in the series presented for the first time in 2013. Melges 24 European Sailing Series introduces also Pro-Am/Corinthian ranking as it is usual in all the events of the Melges24 Class. In Pro Am division in total of 71 were participating through the season. Fifty races of the six events with eight discards were considered for the scoring of the ranking. 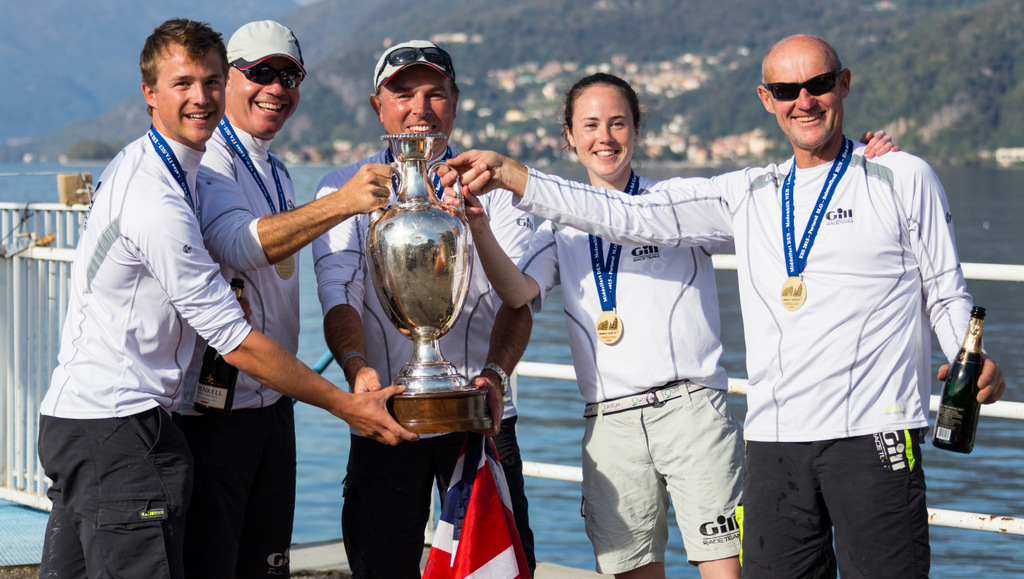 The overall winner of the series, Miles Quinton’s GILL RACE TEAM GBR694 from Great Britain started the series with the 6th place among 22 teams in Portorož, continued with the second place on the Balaton Lake after local Ian Ainslie’s team among 11 competitors and ending the Audi tron Sailing Series regatta with 46 entries as 13th. Gill Race Team’s highlight of the season, no doubt, was in Middelfart, Denmark where at the most important event of the year – Melges 24 World Championship – team placed as fifth among 95 entries. Gill Race Team was crowned as the Melges 24 Dutch Champion in Medemblik competing among 18 teams and at the final event of the series    in Luino was placed 16th among 24 entries. Gill Race Team confirmed their strong victory of the whole series with 286 points in total and with a margin of 75 points. Travelling throughout Europe to all six events more than six thousand kilometres, Miles Quinton is thankful to his team including main crew members Geoff Carveth, Nigel Young, William Goldsmith, Catherine Alton and also Rob Gullan, Colm Dunne and Richard Marshall for their commitment and great achievements.

Holding the perpetual trophy of the Melges 24 European Sailing Series, donated to the class by the former IM24CA Chairman Riccardo Simoneschi, Miles Quinton said ‘We have had a fantastic season on Gill Race Team leading the European Sailing Series for most of the series, a victory that was sealed at the Worlds in Denmark with a 5th place overall and winning the Dutch Open in Medemblik. We also retained our UK Nationals title. I thank my amazing team Geoff Carveth, Nigel Young, Will Goldsmith and Catherine Alton as well as our sponsors Gill Marine for making it happen. The Melges24 is still the most competitive and exciting sports boat in sailing so we are looking forward to next season and the Worlds in Miami!’ 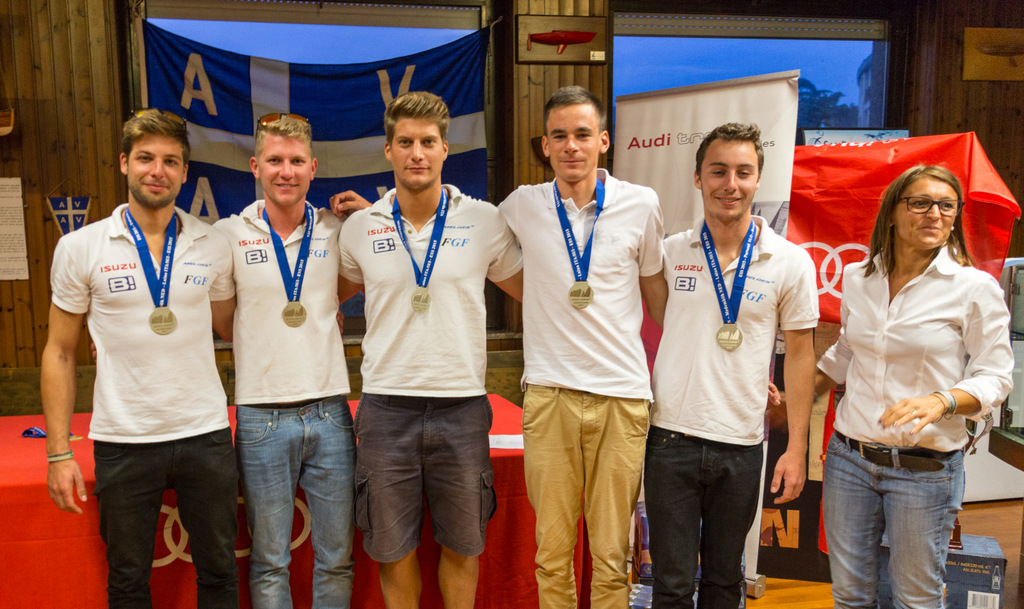 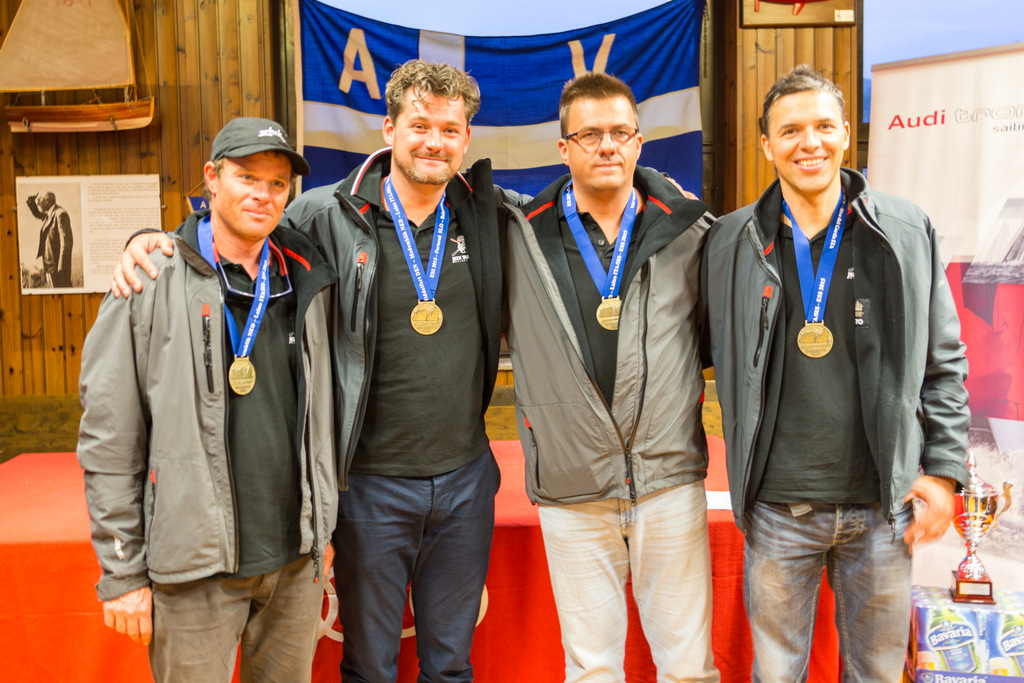 At the second place of the European Sailing Series overall ranking we have 2014 Pro-Am Winner, Hungarian Kalman Rosznyay's FGF SAILING TEAM HUN728 with Robert Bakoczy helming and Domonkos Rozsnyay, Kristof Takacsy, Bence Buza in team. FGF Sailing Team’s results achieved throughout the season were 5-6-16-23-5-6 with 361 points in total. On the third position with 444 points in total and with the series of results 8-3-24-24-8-11 we see Andras Milbich's JEDI BUSINESS HUN481 with Peter Czegai helming and Andras Milbich, Henrik Hoffmann and Szabolis Weores in crew. Both Hungarian teams, like the winner team from Great Britain, have been taking part from all six events of the series.
Full results of the overall ranking

In Pro Am division the winner, Ukrainian Oleg Dyvinets’ MARUSIA UKR819 was travelling altogether 26 500 km counting all trips back and forth to the all six events and back home. Team with Oleg Dyvinets helming and Nikita Dyvinets, Vadym Zinnatullin and Alexey Akynshyn in crew collected 222 points being 2nd, 2nd, 8th, 34th, 3rd and 8th throughout the season in Pro-Am division (respectfully 10-4-25-58-7-20 in the main fleet). 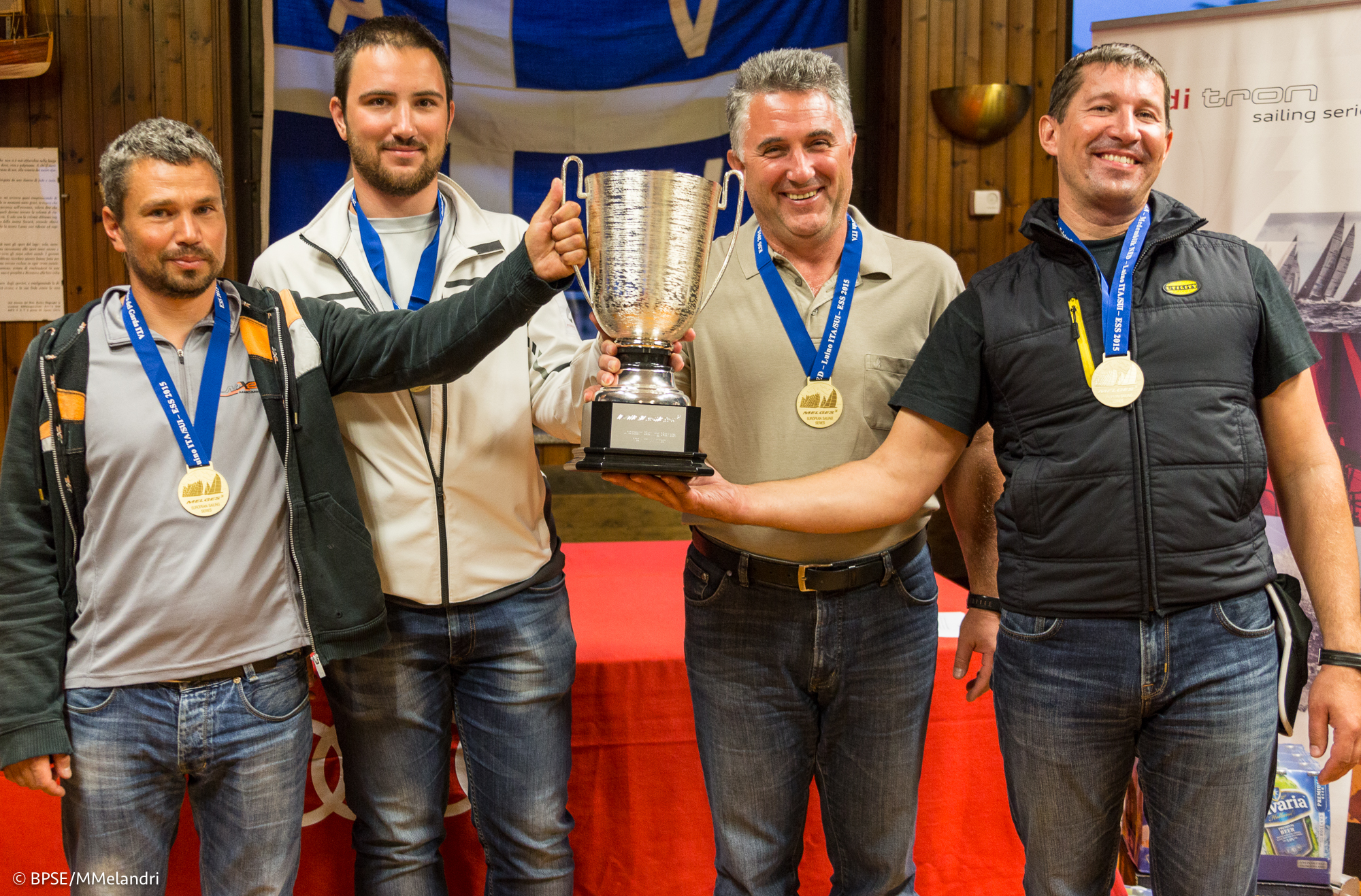 Nikita Dyvinets, the crew member of Marusia said after winning the perpetual trophy of the Melges 24 European Sailing Series Pro-Am division: ‘Great season of sailing finalized with the pleasant result, what can be better?  It was great fun to race in all these locations with the great fleet. We also want to thank all the organizers for making the events and the whole series happen so nice and smoothly. Melges 24 is a great boat, easy to sail and maintain, but giving thrilling experience while racing. With all that said I think it is a good way to get people to know what Ukraine is, so we are proud to be the first Ukrainians on the podium of the Melges 24 European Sailing Series. We are happy to win the trophy and will put all the efforts to improve our performance next year!’’ 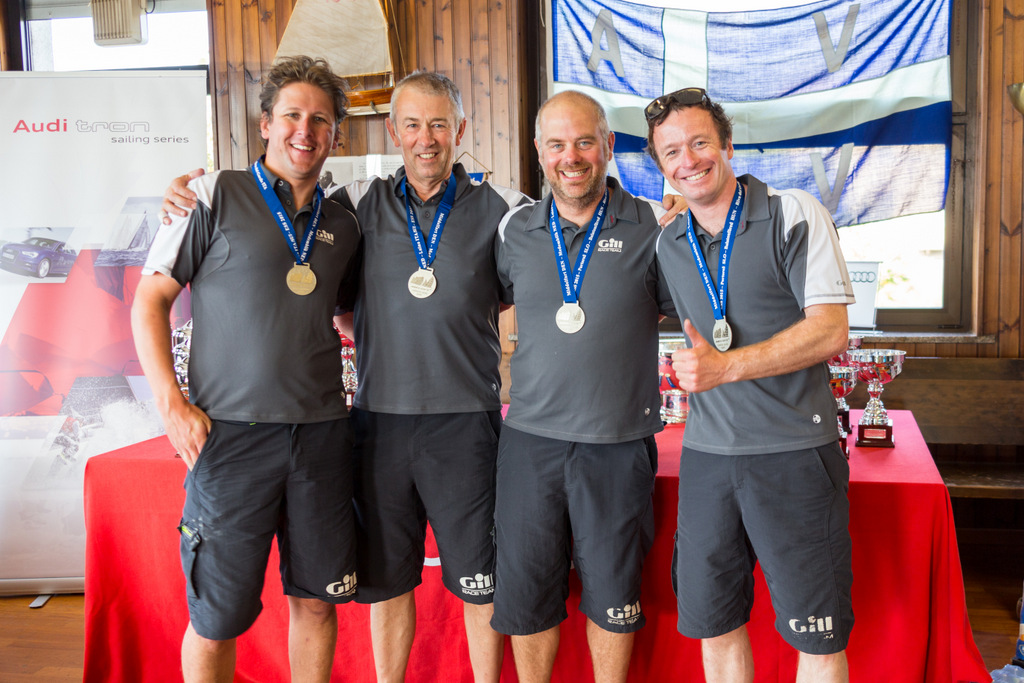 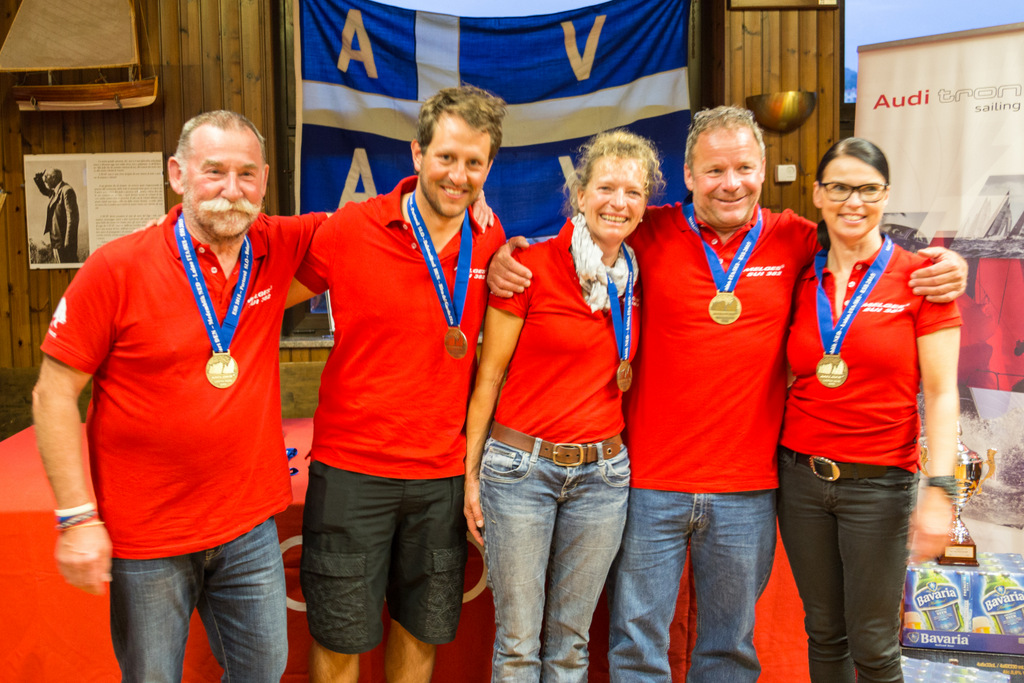 Dutch Ronald Veraar’s TEAM KESBEKE/SIKA/GILL NED827 with Eelco Blok, Pim Mommersteeg and Joost Brouwer were awarded with the silver medals of the series missing the event in Hungary only and collecting 395 points in total. Achieving 3rd, 7th, 5th, 1st and 4th positions in Pro-Am division (9-23-21-2-13 in the main fleet) the most valuable is 5th position among 56 Corinthian teams at the World Championship in Middelfart. Third position in the Melges 24 European Sailing Series 2015 belongs to Swiss Michael Good’s CINGHI-AILE SUI382 jumping into this position at the final event of the series. With Michael Good helming and Katharina Hanhart, Nino Castellan, Regina Tzeschlock and Michael Neracher in team, they collected 1045 points in total (missing the points from the events in Slovenia and Hungary) with the results of 14-21-2-1 (36-44-3-7 in overall) in Pro-Am division.
Full results of the Pro-Am ranking

See the video footage from the regatta in Luino by Zerogradinord.

The series has been well welcomed by the sailors and more than ten bids to host the 2016 series events have been received by the International Melges 24 Class Association. The final schedule for the 2016 series will be announced by the International Melges 24 Class Association no later than after Annual General Meeting taking place on 21st of November in Copenhagen, Denmark.