September 22, 2015 - Melges 24 class in Europe is about to end its 2015 season soon. Busy season of the Melges 24 European Sailing Series 2015 has included five events so far and the current standings of the series with 42 races counted including 7 discards have been published. Miles Quinton’s Gill Race team GBR694 and Oleg Dyvinets’ Marusia UKR819 are keeping their strong hold on the top positions while a final event of the Melges 24 European Sailing Series, Lino Favini Cup – Melges 24 Swiss Open Championship, considered also as a joint event with Audi tron Sailing Series is to complete in Luino, Italy in October.

2015 Melges 24 European Sailing Series started in Portoroz, Slovenia in March followed by the second regatta in Balatonfüred, Hungary and the third in Riva del Garda, Italy in May. Fourth event as the most important title event of the year, World Championship was held in Middelfart Denmark in June-July and the fifth event in Medemblik, the Netherlands last weekend.

121 boats from 19 nations have been taking part at least from one event of the series and collecting points for the ranking. Four of them have been taking part from each event so far: Miles Quinton’s Gill Race Team from United Kingdom, Kalman Rozsnyay’s FGF Sailing Team and Andras Milbich’s Jedi Business from Hungary and Oleg Dyvinets’ Marusia from Ukraine. Due to this fact the same teams have been on top of the ranking for a while already. In top ten of the ranking seven nations are represented: Hungary with three teams, Great Britain with two teams and one team from Ukraine, the Netherlands, Italy, Austria and Germany.

At the same time it’s great to see more boats back on track from Great Britain and the Netherlands again. International Melges 24 Class Association appreciates a lot all the efforts of the teams to travel  all around the Europe making the events more interesting, competitive and higher ranked.

The 12th edition of the Lino Favini Cup (Coppa Lino Favini), which is considered also Melges 24 Swiss Open Championship 2015 will be held on the waters of Lake Maggiore off Luino. At stake will be the trophy what like two years in a row, was achieved by a local crew, Franco Rossini’s Blu Moon with Flavio Favini in helm, who was happy to race in the competition dedicated to his father. 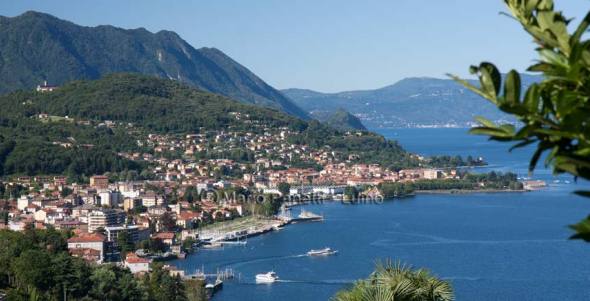