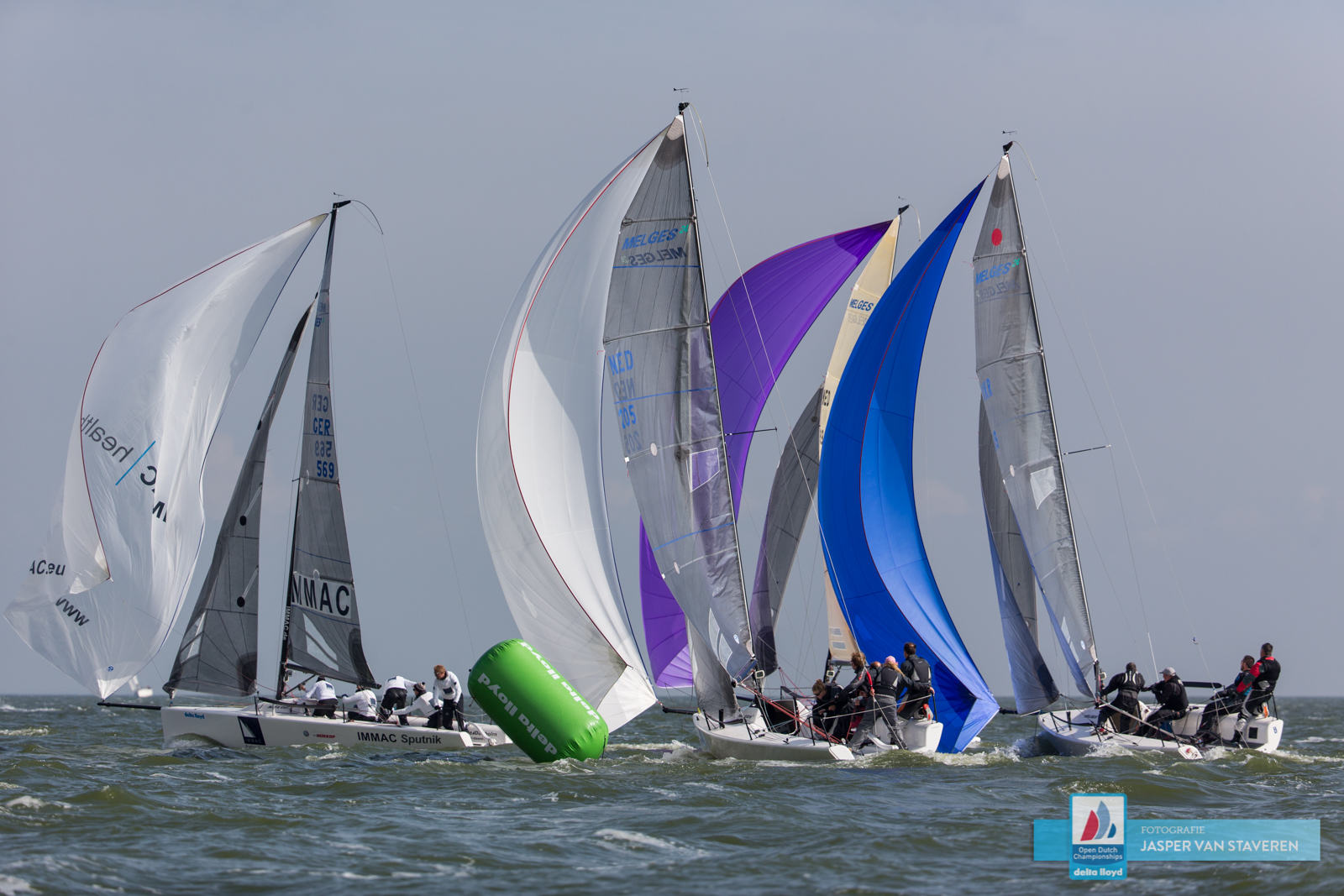 Twenty boats from seven nations - Switzerland 1, Liechtenstein 1, Ukraine 1, Germany 3, Hungary 3, United Kingdom 5, the Netherlands 6 - were pre-registered to compete at the Delta Lloyd Dutch Open Championships to gather the points to the 2015 Melges 24 European Sailing Series ranking. Eighteen out of twenty were on the starting line today to have some sunny champagne sailing with good breeze of 15 knots during the first two races decreasing to 10-12 knots for the third race of the day. 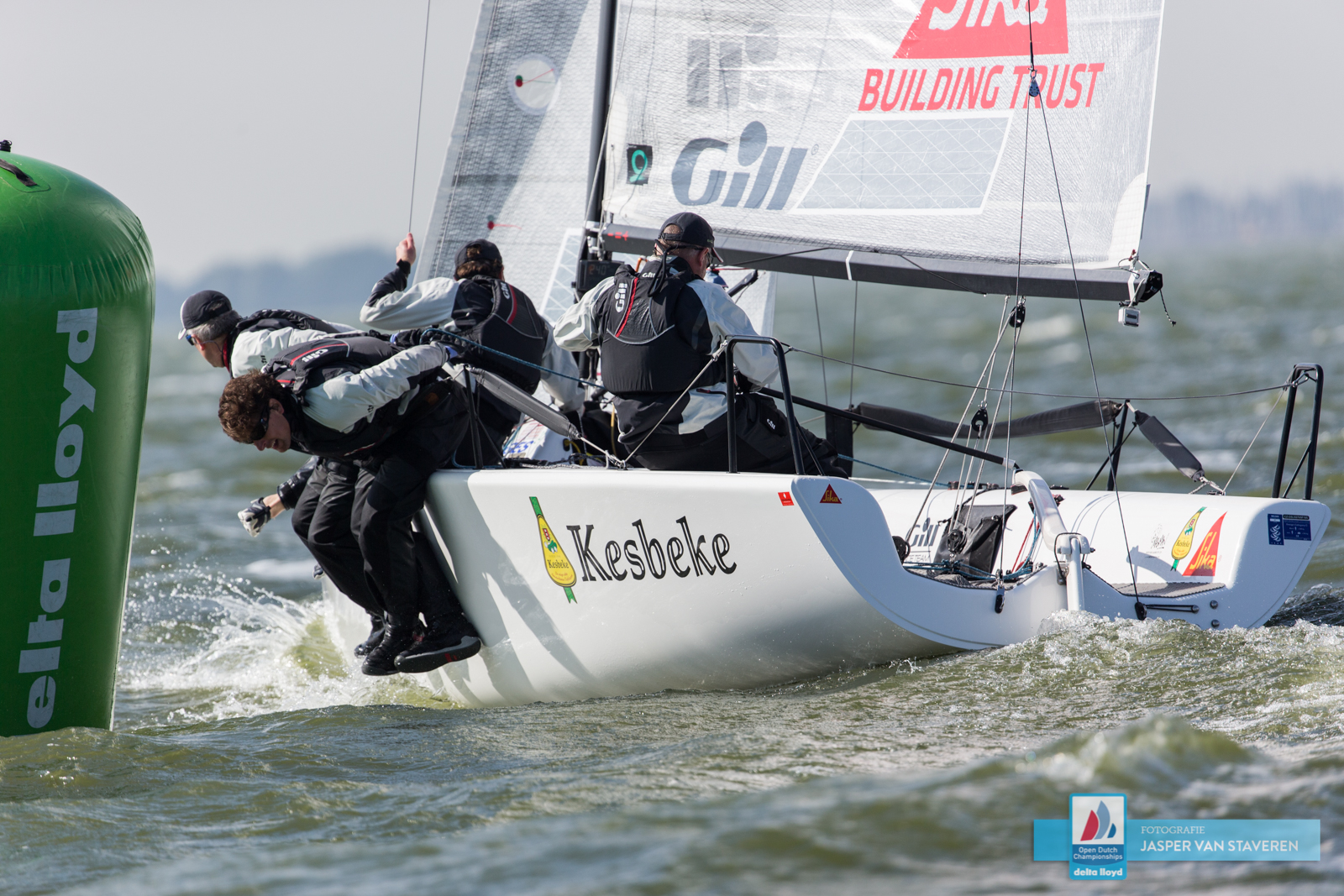 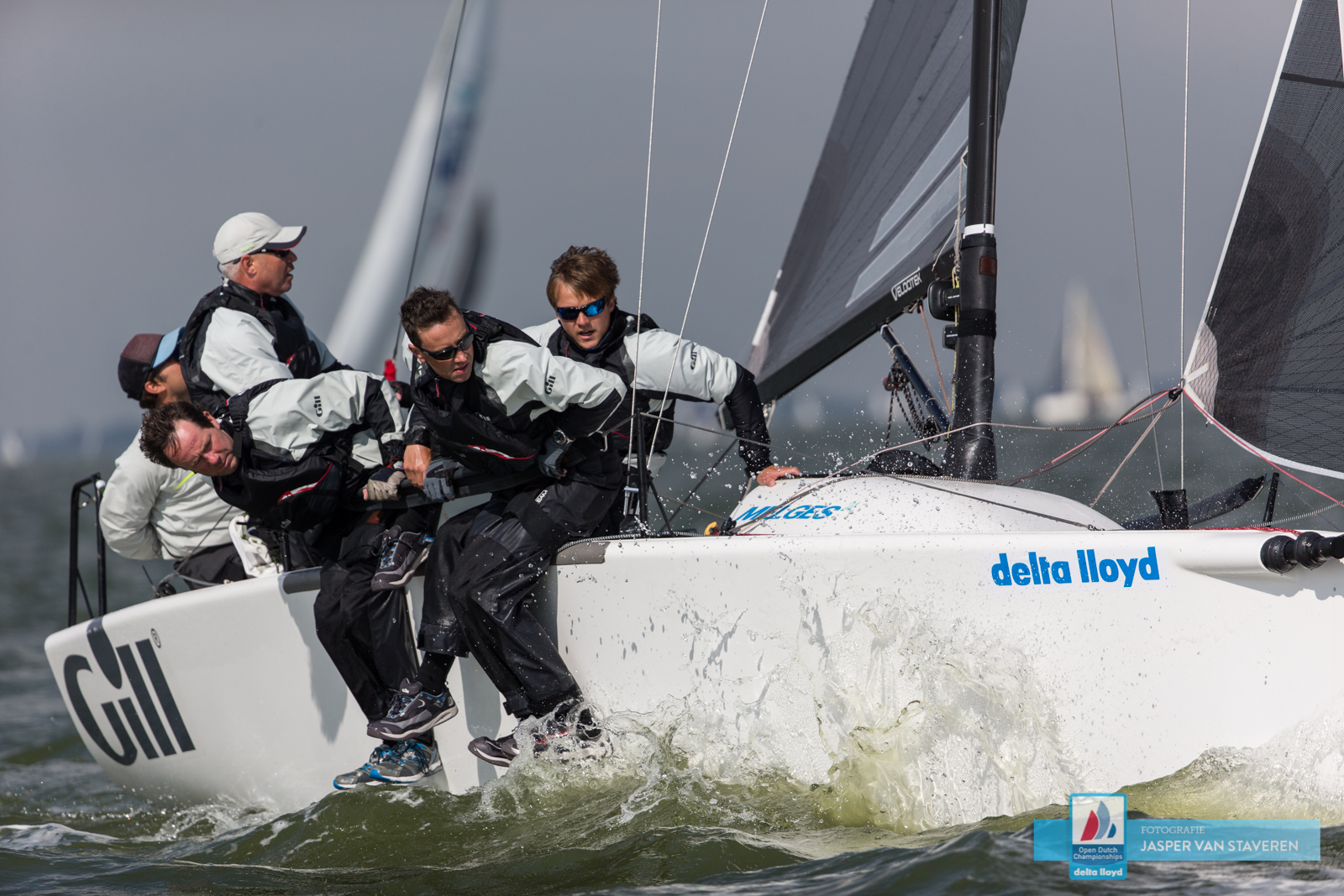 If the current leader of the Melges 24 European Sailing Series ranking - Miles Quinton's Gill Race Team GBR694 from the United Kingdom - was winning the first race ahead of local Ronald Veraar's Team Kesbeke/Sika/Gill NED827 followed by David Rowen's Imagine GBR557 from the United Kingdom, then on the second and third race Ronald Veraar/Eelco Blok got two bullets and took with 4 points in overall an early lead ahead of Miles Quinton/Nigel Young following with 12 points. Currently being second in the Melges 24 European 2015 ranking Hungarian Kalman Rozsnyay's FGF Sailing Team HUN728 with Robert Bakoczy in helm is with 14 points on the third position tied with David Rowen's Imagine GBR557 being fourth at the moment. 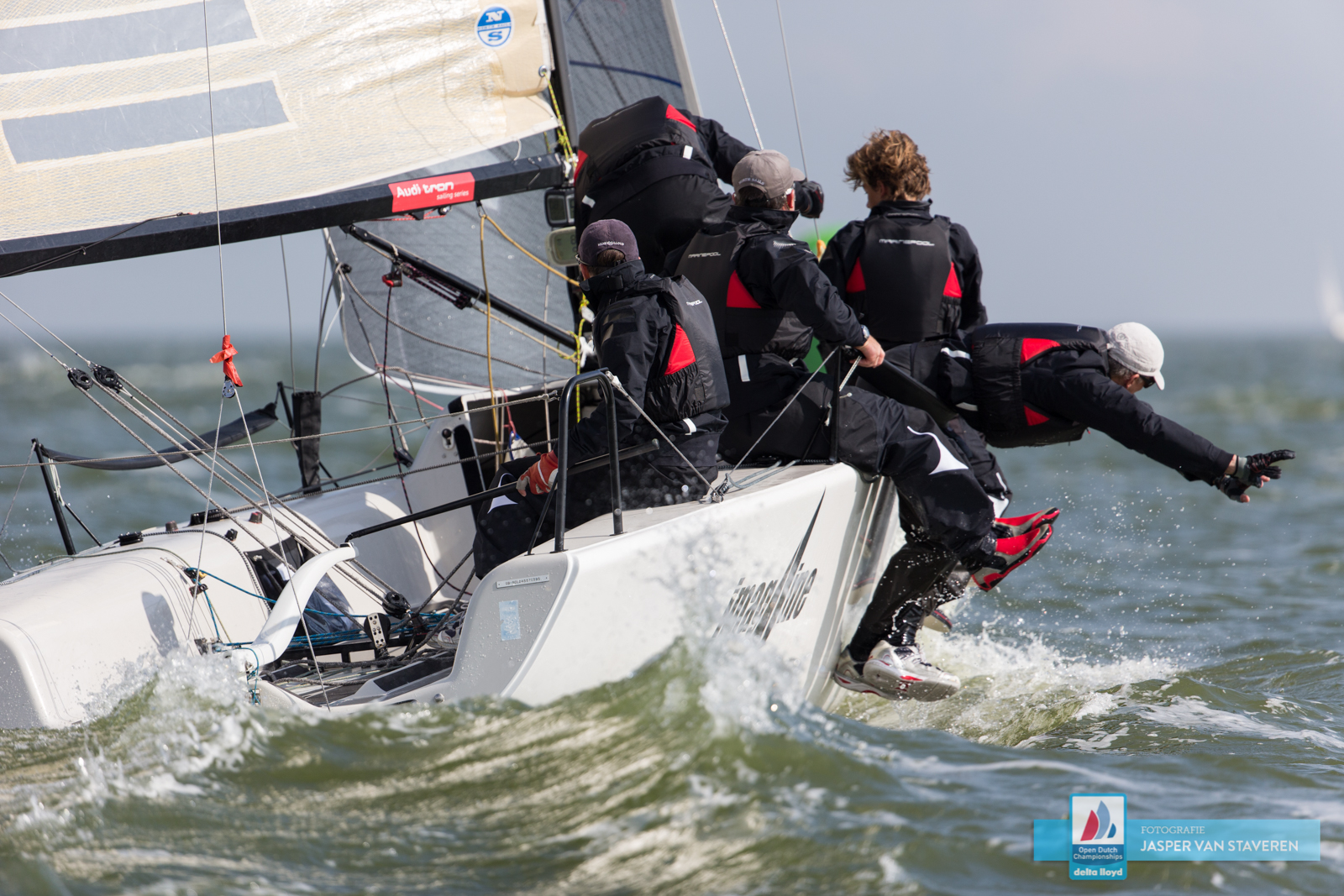 Melges 24 sailors were thankful to the Race Committee doing great job on the water and declared friendly hospitality and good organization from the host of Watersportverbond at the International Sailing Center Medemblik where the sailing will continue on Saturday with three races scheduled.

About the Melges 24 European Sailing Series 2015

The final results of the event will certainly amend the current ranking of the Melges 24 European Sailing Series where the current leader in Pro division is Miles Quinton's Gill Race Team and in Pro Am (Corinthian) division is leading Ukrainian team Marusia with Oleg Dyvinets in helm. After Medemblik the final points to the ranking will be collected at the 6th event of the 2015 Melges 24 European Sailing Series in Luino, Italy at the Melges 24 Swiss Open Championship / Lino Favini Cup on October 9-11, being also the final event of the Italian circuit - Audi tron Sailing Series.

Melges 24 class in Europe so far has had four events of the 2015 Melges 24 European Sailing Series so far: first in Portoroz, Slovenia in March, second in Balatonfüred, Hungary in May; third in Riva del Garda, Italy in May and fourth as the most important title event of the year, World Championship in Middelfart Denmark in June-July. Fifth event of the series is currently underway in Medemblik, the Netherlands and the best teams of the series will be awarded in Luino, Italy as a joint event with Audi tron Sailing Series in October. 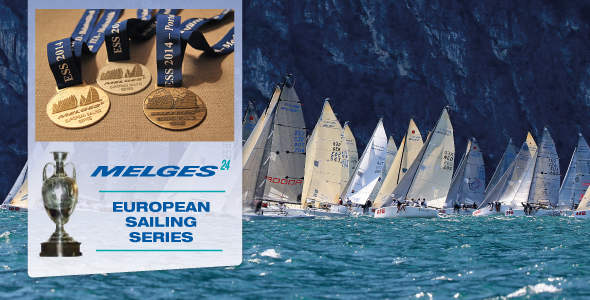