October 28, 2022 - Genova, Italy - With just one race to sail, everything can still happen at the 2022 Melges 24 European Championship, an event organized by the Yacht Club Italiano along with the International Melges 24 Class Association and the Italian Melges 24 Class. 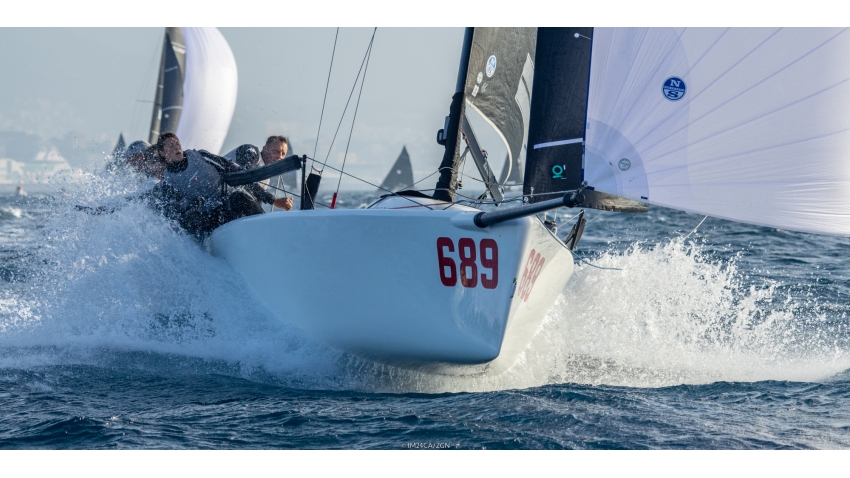 Actually, the two races held this morning with some fresh northerly breeze right in front of La Lanterna, the historical lighthouse of Genoa built in 1128, brought no major changes in the ranking, still led by Michele Paoletti’s Strambapapà (ITA, today 4-14), that missed to close the championship due to a subsidence of the kite during the second downwind leg of the final race. 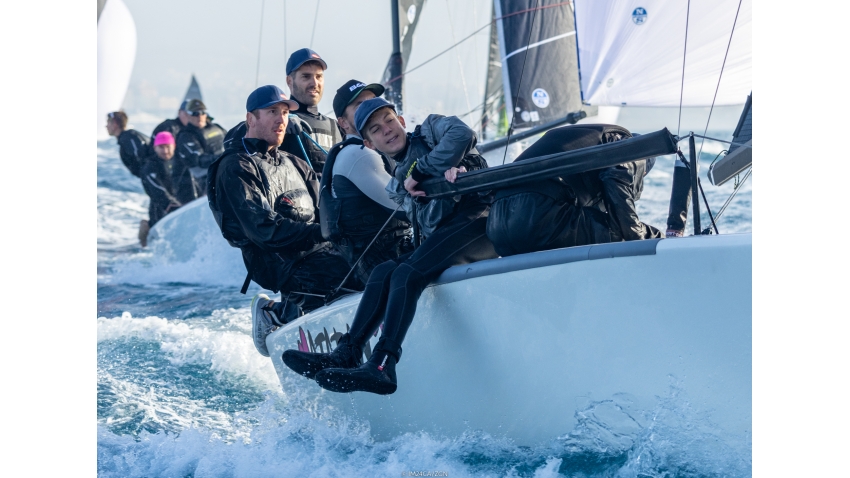 This means that Ante Botica’s Mataran 24 (CRO, 11-6), second overall and leader of the Corinthian division, has still the chance to catch the opponent, being just seven points behind. Also, trying to catch Paoletti during the final race of the championship planned for tomorrow morning, Botica needs to be aware of Paolo Brescia’s Melgina (ITA, 8-11), a boat that is flying the flag of the Yacht Club Italiano only eight points behind.

The day was not so bad for the reigning champions of Altea (ITA, 9-13): the Andrea Racchelli’s crew managed to recover from the fifth place overall and it’s fourth now, nine points away from the provisional podium, with just two points on Ivan Kljakovic Gaspic’s Universitas Nova (CRO, 18-16), that had the worst day of its championship, and the Michael Goldfarb’s War Canoe (USA, 7-10). 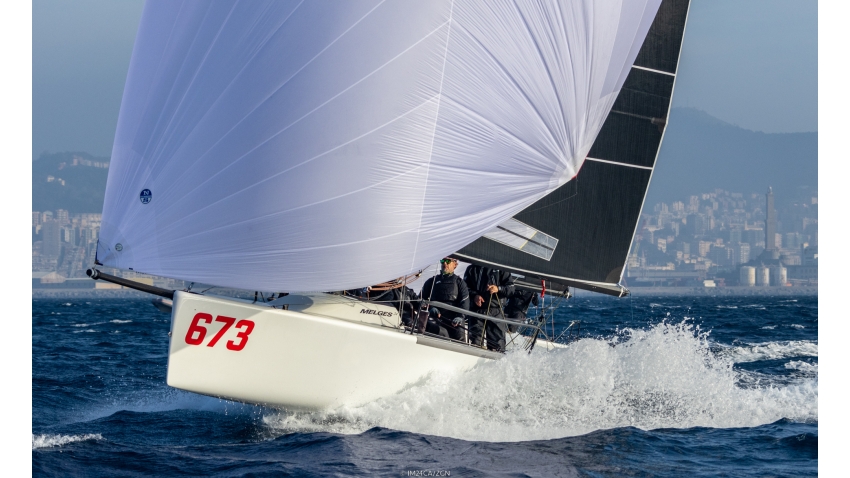 Thanks to the achieved success in the first race of the day, Peter Karrie’s Nefeli (GER, 1-8) is now climbed to the seventh place of the ranking, while Alessandro Rombelli’s Stig (ITA, 3-5) with the best results today was awarded as Boat of the Day and it’s eight in overall ranking now, right in front of Marco Zammarchi’s Taki 4 (ITA, 2-26) steered by Niccolò Bertola, being second best of the Corinthian division. 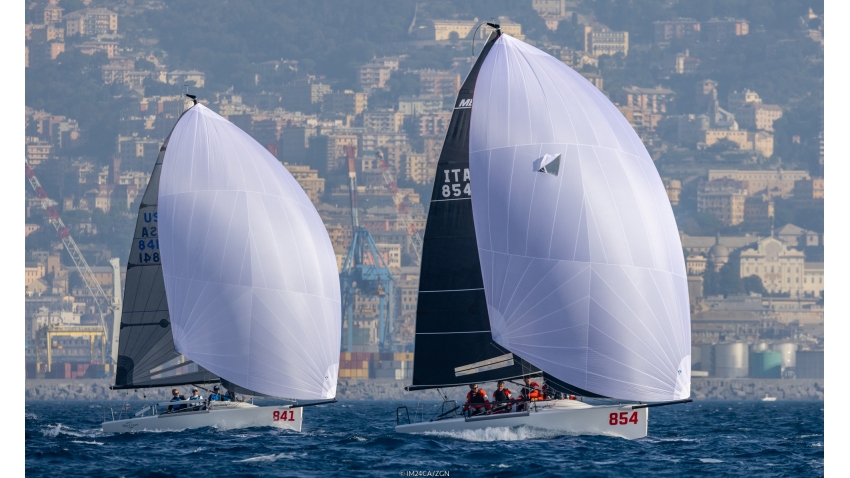 Stig ITA854 of Alessandro Rombelli, with the best results today, was awarded as Boat of the Day Four and it’s eight in overall ranking now - the Melges 24 European Championship 2022 in Genoa
IM24CA/Zerogradinord 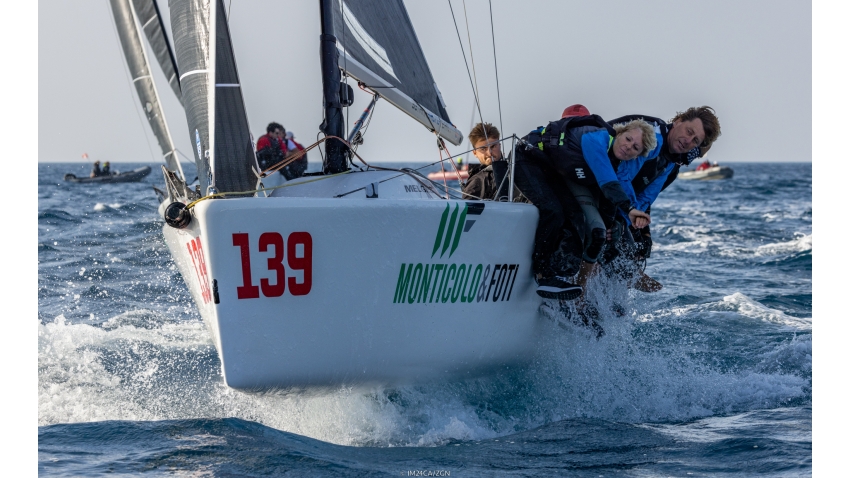 Starting from today, the third spot among the Corinthians is occupied by Barbara Bomben’s AleAli Eurocart (ITA, 15-2), helmed by Gianfranco Noé and awarded as the Oldest Boat in the fleet with hull #139, second classified in the final race of the day, by losing less than five seconds to Sergio Caramel’s Arkanoé by Montura (ITA, 10-1), that deserved to be the Corinthian Boat of the Day. 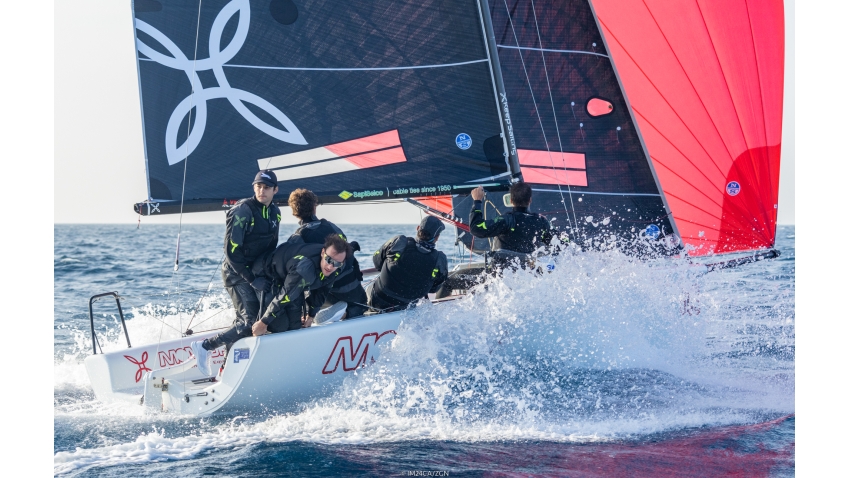 The final day of the event will start with a Competitors Briefing at 10.30 and the first warning signal for the last race has scheduled for midday. The 2022 Melges 24 European Championship will crown the winners after the final race of the series: the event will come to an end in Saturday afternoon, with the official prizegiving, both for the European Championship as well for the 2022 Melges 24 European Sailing Series.

Quotes of the day:

“We were really looking forward to the stronger winds like this morning, because we feel good and fast in such conditions. After a good start we managed to be in the leading pack, to overtake some positions during the race do, in the end we were leading, and it was a great honour for us to take a bullet in this really strong competition! The level of the fleet is really competitive, the Race Committee does always a great job and we very much enjoy the time here in Genoa. We like the city, we like the setting in the club and also to be outside ­– it’s wonderful and a great time to be here,” said Peter Karrie, owner of Nefeli GER673.

“After failing to perform at our best in the past days of this European Championship, we are really happy about today: we felt ourselves confident about our speed and our boat handling, and we were able to defend the position both upwind and downwind. We are delighted for the bullet grabbed in the second race of the day: it’s something that gives more value to our participation and, along with the tenth place achieved from the first regatta of the day, allowed us to improve our overall ranking,” stated Sergio Caramel, owner of Arkanoé by Montura ITA809.

Photogallery of the Day - © Zerogradinord 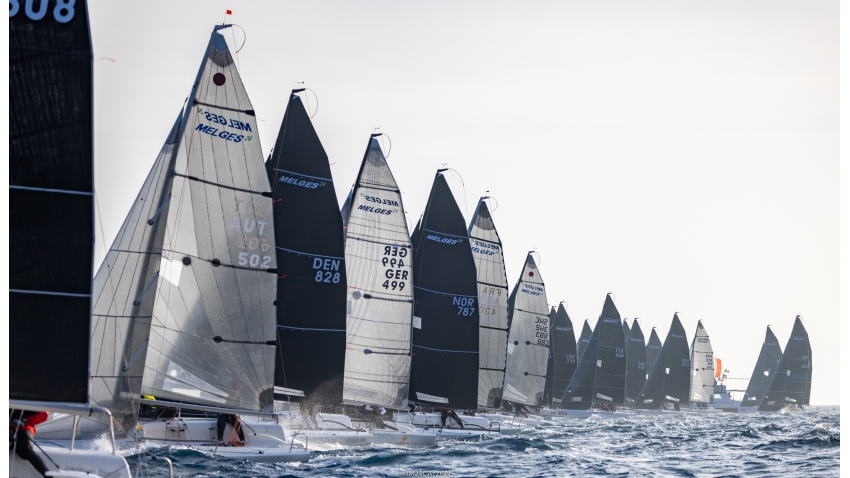 Melges 24 fleet sailing at the European Championship 2022 in Genoa

Stig ITA854 of Alessandro Rombelli, with the best results today, was awarded as Boat of the Day Four and it’s eight in overall ranking now - the Melges 24 European Championship 2022 in Genoa