September 5, 2016 – Hyères, France - As exactly announced by the weather forecasts earlier, a wind of Mistral was blowing strongly, to start the Melges 24 European Championship, hosted by COYCH and the International Melges 24 Class Association with the support of Marinepool, in the best possible way.

Three races took place on the beautiful bay of Hyères, in a race course that was set close to the worldwide famous "golden island" of Porquerolles, in such way that it was also possible to follow the races from the Hyères shoreline. 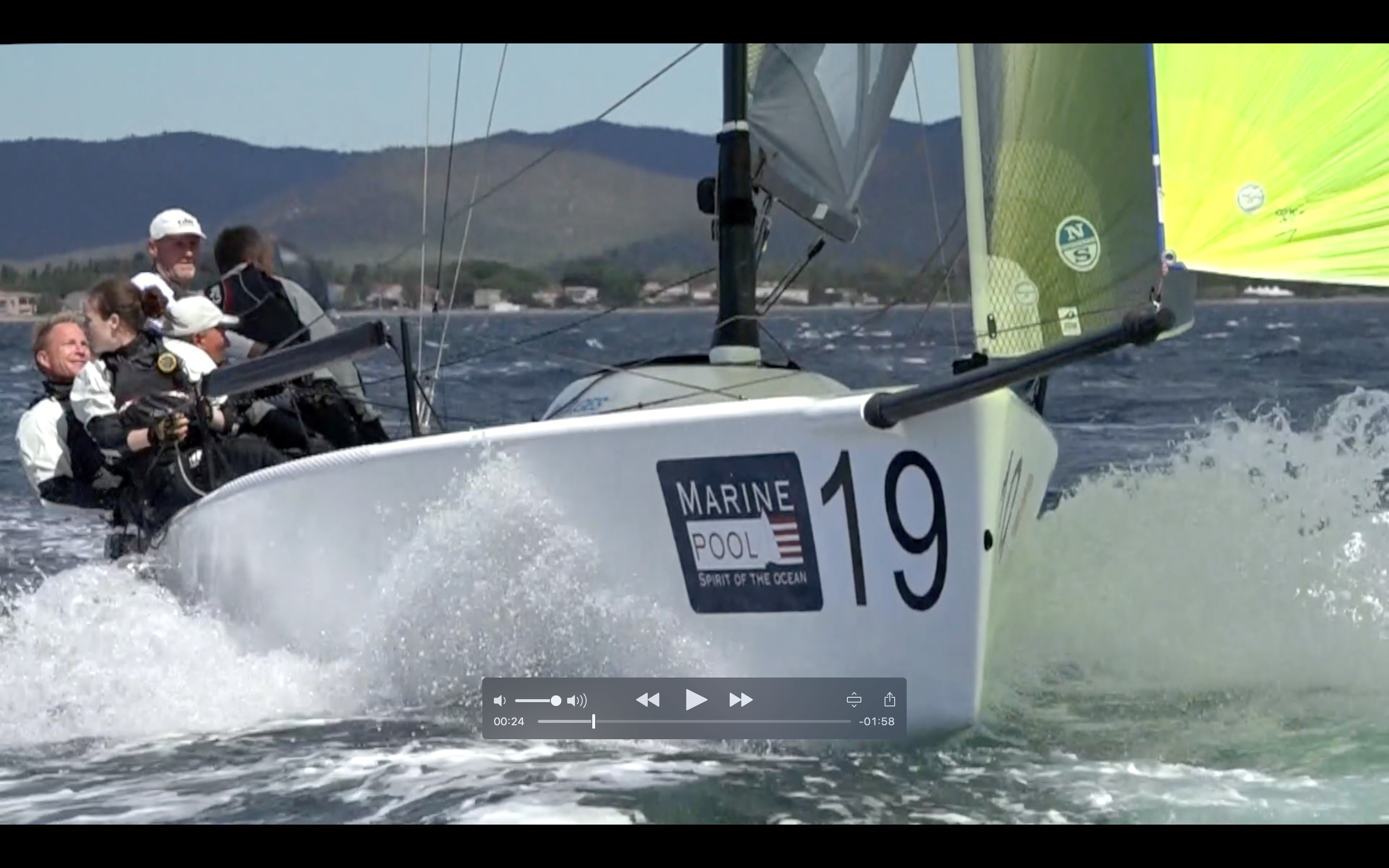 Looking at the preliminary results of today, an interesting fact that comes up is that just two of the crews that occupy the first ten positions of the ranking, managed to win a race. We are talking about the Estonian Lenny, by Tõnu Tõniste - the Corinthian reigning European and World Champion, that won the first race; and the Italian Marrakech Express with former Italian Olympian Matteo Ivaldi on board - one of the few sailors of the class who himself takes care both of the helm and of the tactical choices, winning the race number three. Matteo Ramian, the trimmer from Marrakech Express who was fifth at the end of day one, just a few points behind the Hungarian FGF Sailing Team, declared it was a great day but with the difficult conditions, particularly tricky when crews had to reach the downwind gate. 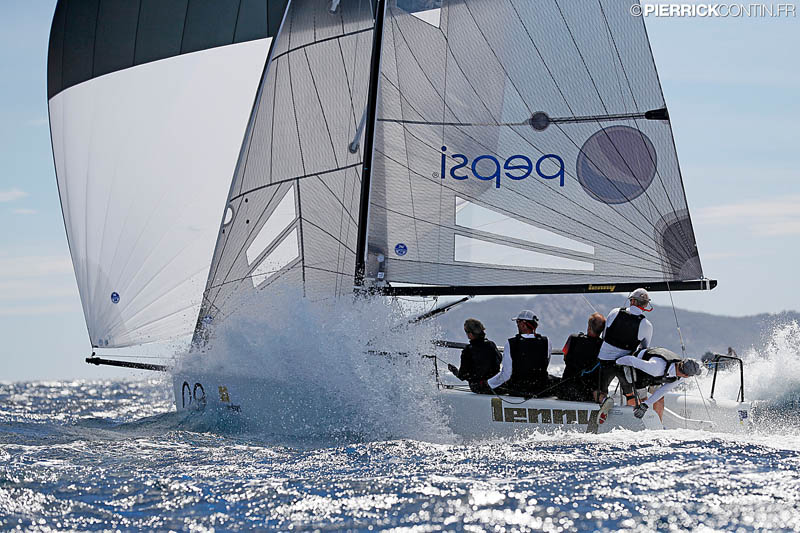 Interviewed as the winner of the first race, Toomas Tõniste, tactician of Estonian Lenny, said they had a wonderful beginning with the first and second results, the team is in good shape and positive for the next races, hoping that the challenging conditions of today will keep going. 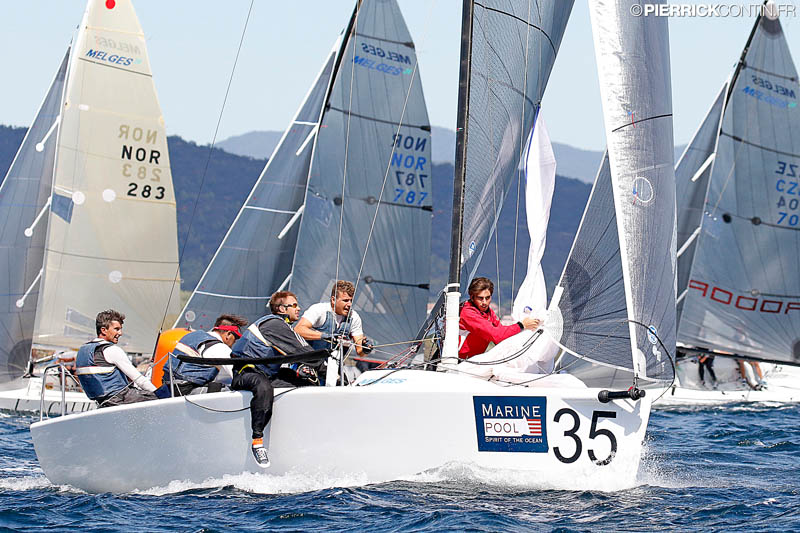 Miles Quinton's Gill Race Team from Great Britain, helmed by Geoff Carveth and racing in the Corinthian group, is currently leading the overall ranking with ten points, gaining a fourth and two third places today. "The team worked in a great way together and we are amazed to find out we are in front. We're looking forward to the tomorrow's races", declared the helmsman of Gill Race Team.

The Italian crew of Bombarda, that progressively improved its results in today's races, gaining an eight, a fifth and a second, is currently following Gill Race Team on second position, with a gap of five points. Giulio Desiderato, when interviewed, told us that the crew is happy for the results of this first day, even if the feeling is bittersweet, since they hoped for better results in the second and third race, when they turned the first upwind mark at the head of the fleet. 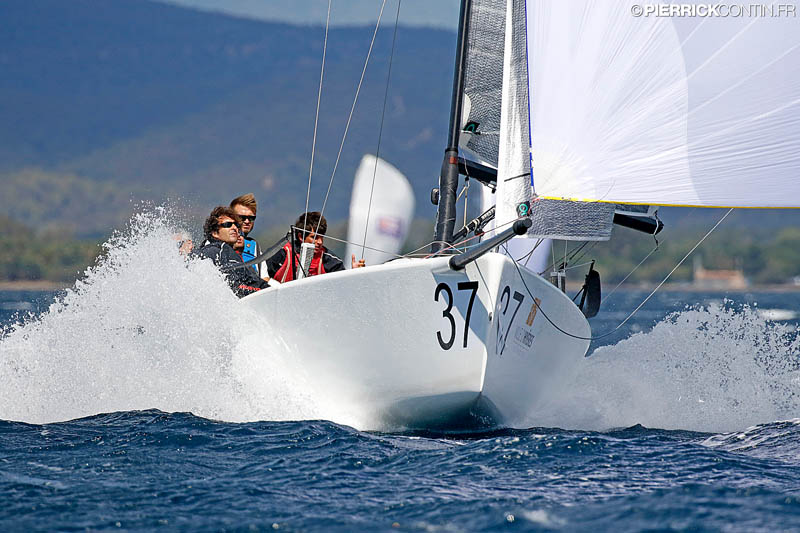 All the crews are waiting forward to tomorrow's races, when the weather forecast expect lighter and less shifty wind, coming from the East. The first preparatory signal will be given at 10 am. Race Committee intends to run three more races.

The Marinepool Melges 24 European Championship 2016 is hosted by the Cercle d'Organisation du Yachting de Compétition Hyérois (COYCH), in co-operation with the International Melges 24 Class Association (IM24CA) and the French Melges 24 Class. The event will count on up to 12 races with a maximum of 3 races for each day. After the end of the sixth race, the discard of the worst result of the series will come in play.