September 6, 2016 - Hyères, France - The second racing day of the Marinepool Melges 24 European Championship 2016 was concluded, here in Hyères, under the sign of an Easterly moderate breeze that took the crews out of COYCH this morning blowing around 15 knots and progressively decreasing to less than 10 knots during the last legs of the sixth race, that was the third and last race sailed today. 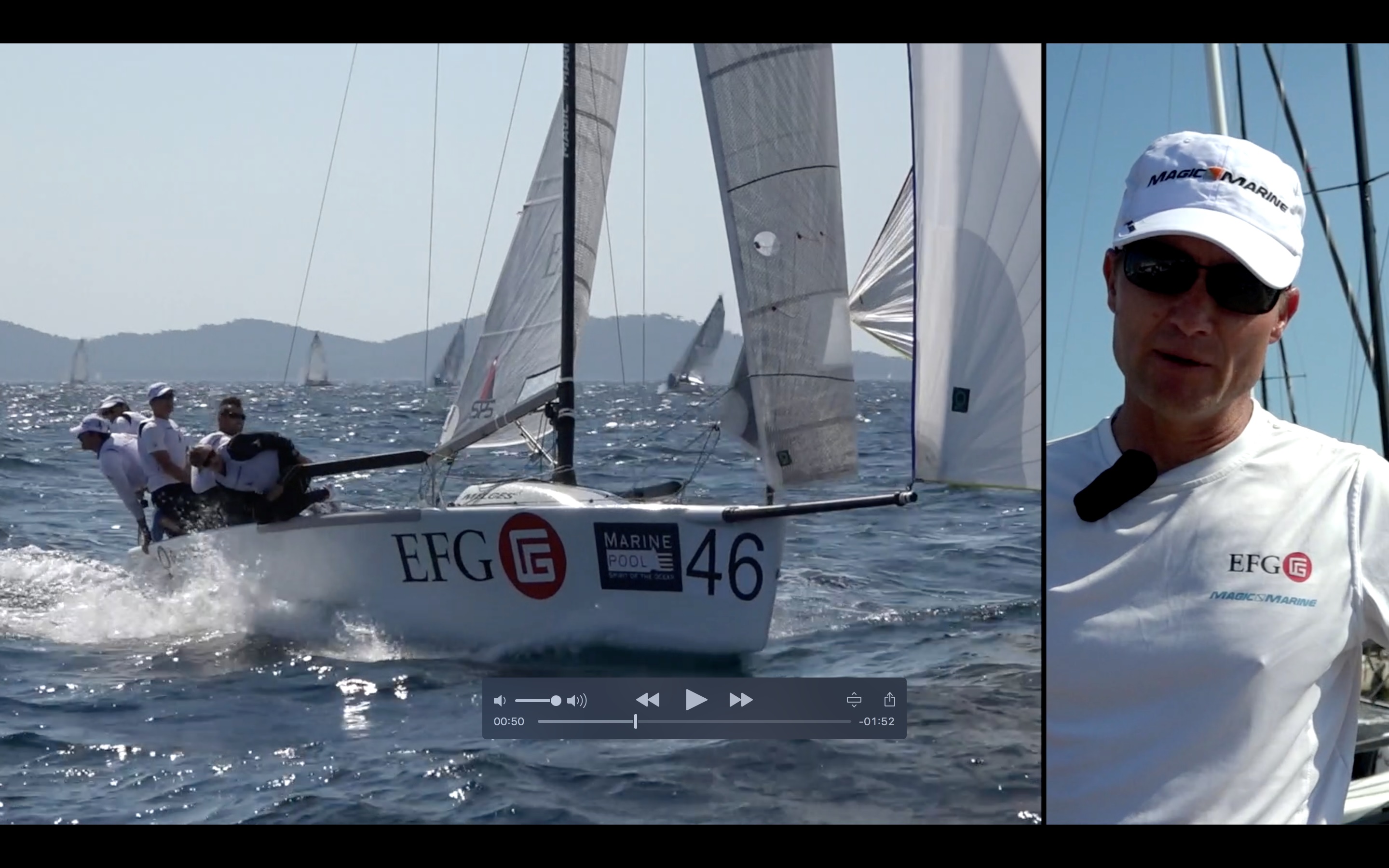 Miles Quinton's Gill Race Team (GBR) is, also today, the leader of the overall and Corinthian rankings and is the only team that never gained less than fifth position during the series. The team is experiencing good days here in Hyères and this was also underlined by the reigning Melges 24 World Champion Christopher Rast, helmsman of EFG (SUI), currently occupying the second place in the ranking, who declared: "Gill is far more consistent than we all could expect: even when they have bad starts, they manage to come back and finish strong". Referring to his team, that won the fifth race, Rast said they're in good shape but they have to work to keep the pressure high on the next days, in a Championship that has been, as far as today, far more challenging than that of last year in Middelfart, where the International Melges 24 Class Association held the Worlds. 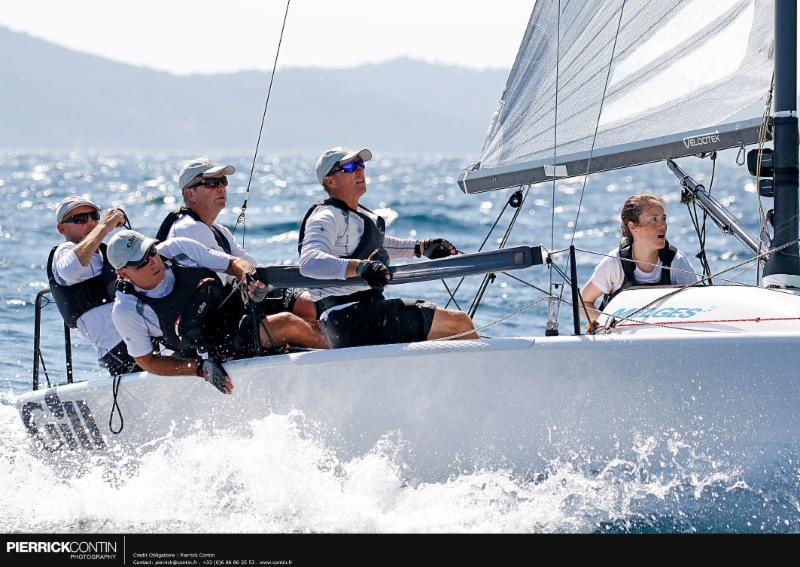 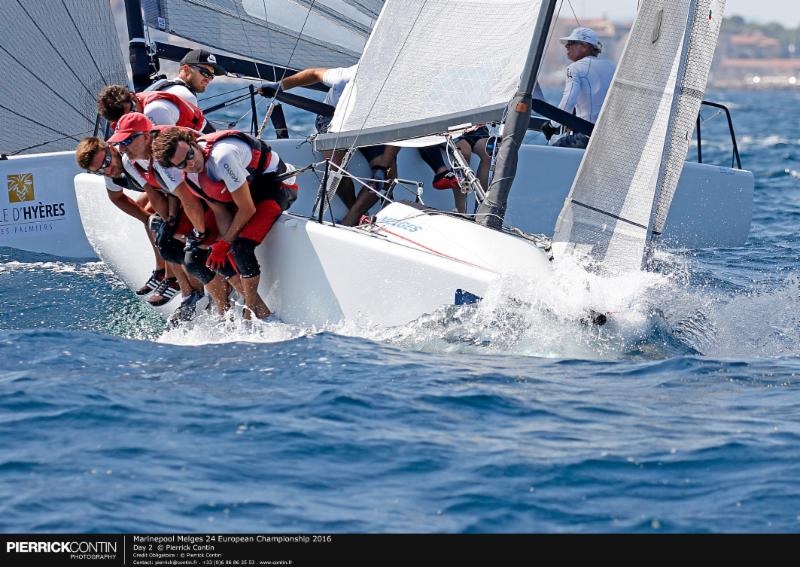 Niccolò Bertola-Giacomo Fossatti's Taki 4 ITA778 - photo Pierrick Contin
Good results today have also been reached by the Italians of Taki 4 (ITA) who expressed their happiness through the words of the helmsman Niccolò Bertola: "Today we gained our first victory in the race of this Championship and, after the yesterday's results that still were good, this is a great achievement for us. We are working well as a team and are extremely satisfied with our speed what is very good. The Corinthian fleet is strong and it's a great emotion to race in these conditions, but we have to keep concentrated to get to the end of the Championship with good results, avoiding results like the 27th place of the last today's race, where we had a bad start and also a penalty on the first mark".

In any case, it must be kept in mind, that after the sixth race today, the discard has been applied for all crews. 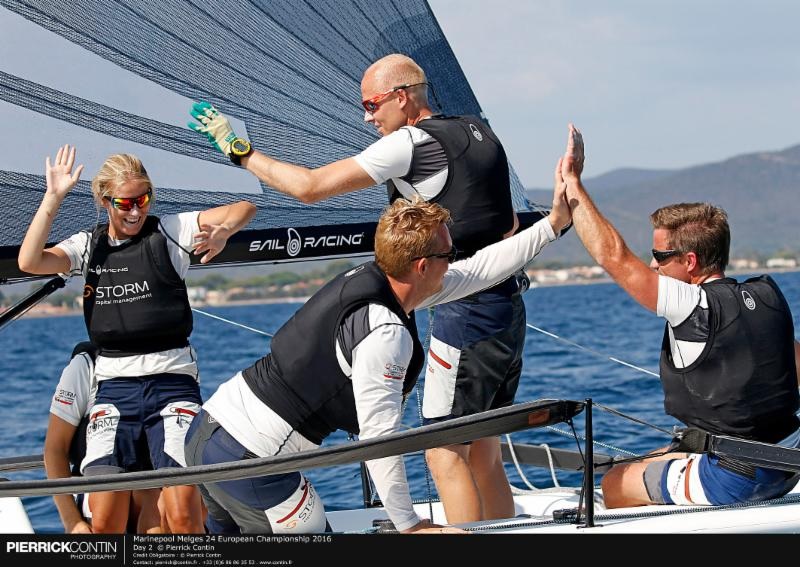 It was a good day also for Peder Jahre's Storm Capital Sail Racing, with a crew that has for long time been part of the Melges 24 fleet: "We do not intend to leave the Melges 24 class by now, because it's a fleet we really love and in which we're planning to stay for at least ten more years. Unfortunately, we won't manage to be in Miami because of technical issues, but we're looking forward to the next year's Worlds in Finland," declared Jahre, a three times Melges 24 Corinthian World Champion, immediately after the today's races. 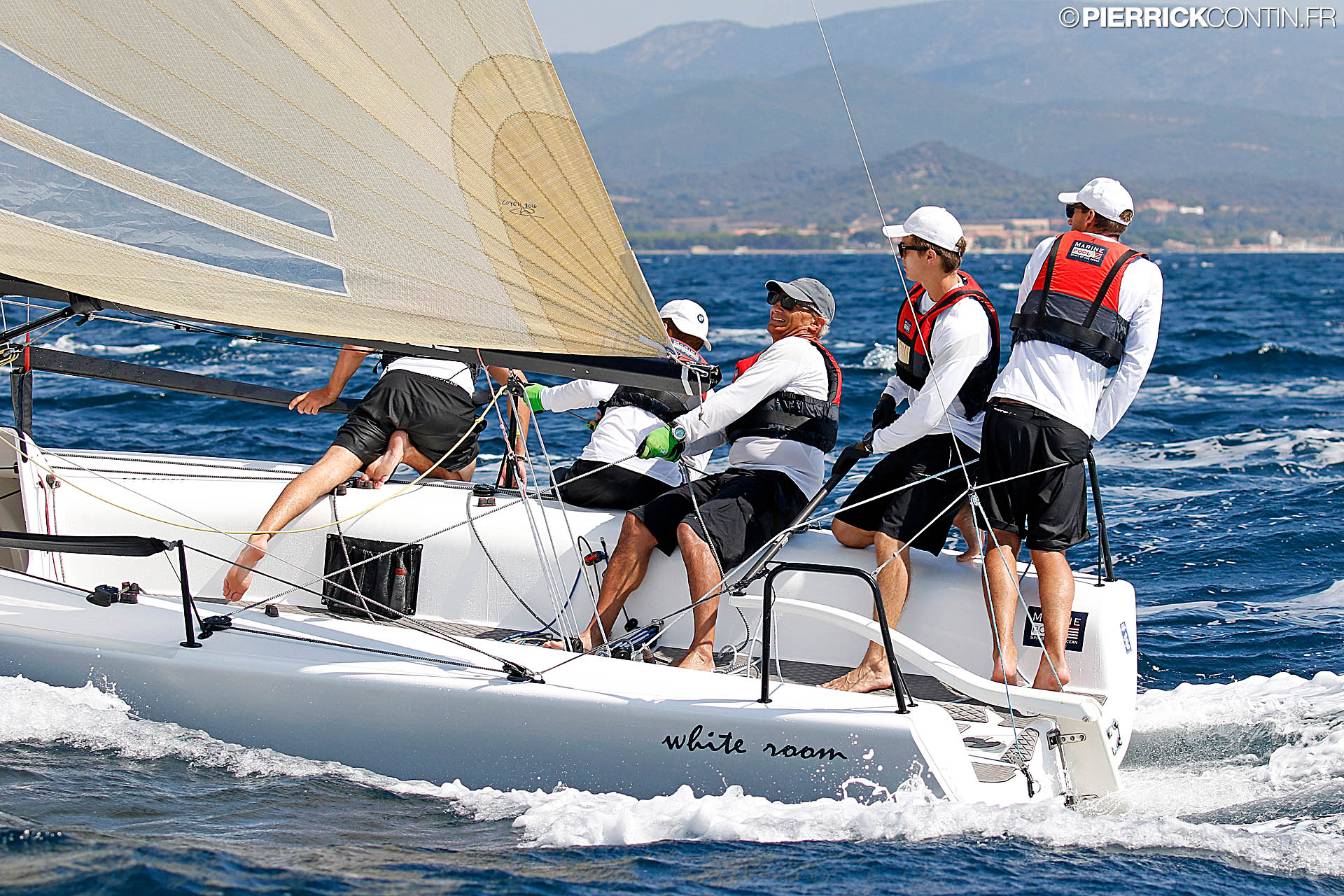 Tomorrow, for the third racing day of the Marinepool Melges 24 European Championship 2016, hosted by COYCH and the International Melges 24 Class Association, the race committee intends to run two or three more races, with preparatory signal at 10 am. Weather conditions should be similar to those of today, with the wind coming from the East, even if some models forecast a slight decrease in the breeze's intensity.

The event will count on up to 12 races with a maximum of 3 races for each day. After the end of the sixth race, the discard of the worst result of the series will come in play.