January 27, 2020 - Miami, FL, USA - After a big blow in the Bacardi Winter Series Event No. One in December, light air skills were tested at Event No. 2 this past weekend in Miami. A patient Biscayne Bay Yacht Club Race Committee managed six races for the Melges 24 fleet in very light northerly and northeasterly breezes. Bora Gulari and his Melges 24 team who put on a light air show winning three of the six races, only dropping a sixth to take top honors. Reigning Melges 24 Corinthian U.S. National Champion Steve Suddath at the helm of 3 ½ Men topped the all-amatuer division charts, placing seventh overall.

Lots of sailing was planned for Saturday on Biscayne Bay with the Bacardi Invitational and the Miami World Cup happening at the same time.  After a brief postponement on land, sailors headed out for three races. Teams made use of nice wind for speed testing and tuning prior to the first race, but the wind decreased by the start of Race One with about six to seven knots. Nine Melges 24 teams were called over early in including top contenders Richard Reid sailing Zingara, U.S. National Champion Michael Goldfarb on War Canoe, and former World Champion Brian Porter on Full Throttle. 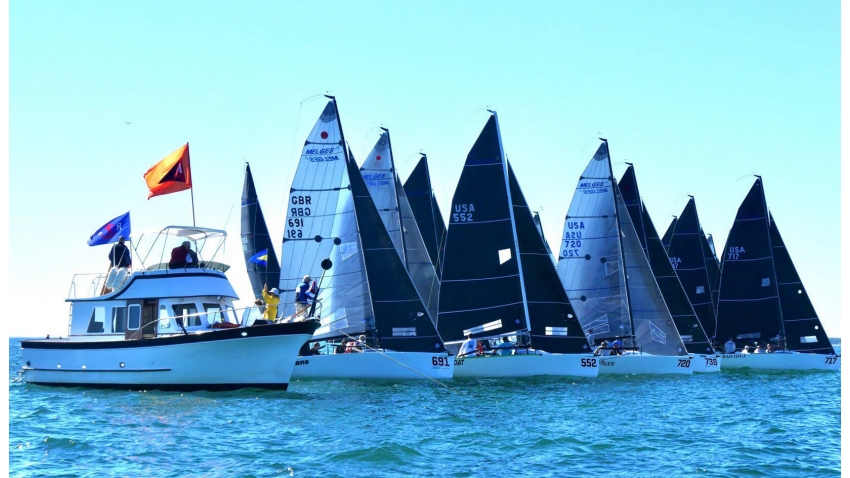 Pressure tended to favor the left side of the course throughout the day, with the wind playing a game of hide and seek during each leg, seemingly disappearing to a point where sailors thought they would be done for the day, only to fill again later in the same leg. Teams that kept their eyes out of the boat and managed to connect the dots, found themselves in the front of the fleet. 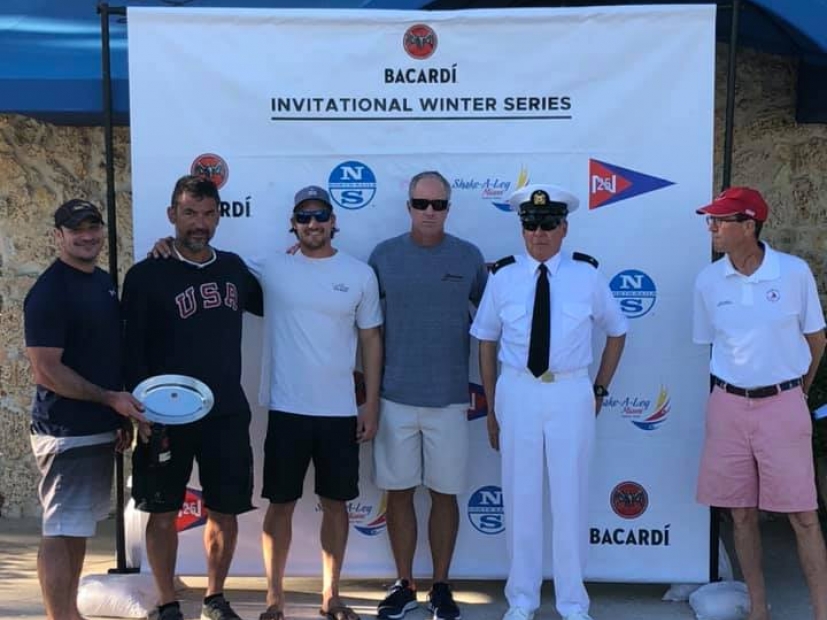 After winning the Melges 24 fleet on day one, Scott Nixon sailing with Bora Gulari, talked about their priority of getting off the line and staying in clean air.  “We’re sailing with the J70 Fleet on our course as well, so staying away from those guys, staying clear downwind was a priority for us. Bora had three really awesome starts, two leeward end starts and one good mid-line start, so a really good day for us.”

With light and dying wind predicted for Sunday, the racing started one hour earlier to take advantage of the morning breeze. With only around 4-6 knots of wind for the Race Four, the course length was shortened.  The Race Committee was serious about not wasting time getting races off, and employed the black flag after any general recall.

The breeze was slightly more right than Saturday’s direction, but teams still tended to play up the left side of the course. Gains were made the most by playing the shifts. As the breeze died throughout the day, the wind tended to be on the edges. Racers saw as little as two to three knots while racing, but the wind managed to pipe up at just the right time to get races completed.

Reid won Race Four by a good margin. Gulari and his team continued their light air magic, winning Race Five and Six, easily putting them on the top of the podium. Travis Weisleder’s Lucky Dog finished second overall and Reid in third.

Teams return to Miami again for the Bacardi Invitational Regatta, a multi-class event being held in conjunction with the Star Class Bacardi Cup, March 2 – 7.