During three racing days seven races were sailed rather in gentle and shifty conditions. Already during the procedure of the first start on Friday a major wind shift hit and interrupted the process, but then wind stabilized and two races were sailed. Rock City team with Tiit Vihul at the helm managed to win both races taking advantage choosing the right side in these tricky conditions of NNE wind.

The second day started with AP flag hoisted ashore. After 1,5 hours waiting AP was lowered and the breeze started to build. Half past midday the first start of the day was given. East wind was steady enough for two races and to start the third race of the day, but then the shift of 40 degrees to SE occurred forcing to abandon the race and build the course again to sail two more races. All Saturday’s races were dominated by Tõnu Tõniste’s team Lenny, however Rock City finished all races second and keeping the gap narrow enough to still have a chance for the title. Lenny of Tõnu Tõniste was leading with 6 points, Tiit Vihul & Rock City was second with 8 points and Yes Sir No Sir of Tõnis Haavel was 3rd with 15 points.

On the final day all arrangements went by the schedule and with 7-8knts SSW wind Race 7, the first of the day was sailed in steady conditions. Lenny was winning again, but Rock City finished in this race behind the third competitor, Yes Sir No Sir of Tõnis Haavel, losing the chance to compete for the title.

Race 8 was started with southern wind but after the first round on the downwind mark all of the sudden all three boats were becalmed for couple of minutes and when the breeze started to build the major wind shift allowed the boats to hoist their gennakers again to sail towards upwind mark. In a halfway to the mark wind stopped again and a dark cloud rack approached the race course. In such conditions no other choice than abandon the race. And since any next race wouldn’t have changed the results anymore, all competitors agreed with the decision to end the competition at this point.

After all – LENNY EST790 experienced team including Tõnu Tõniste at the helm and Toomas Tõniste, Tammo Otsasoo, Henri Tauts and Maiki Saaring in crew, took five bullets out of seven races and was crowned as the 2020 Melges 24 Estonian Champion - for the 10th time already! Tiit Vihul helming ROCK CITY EST791 with Martin Müür, Indrek Ulla, Lauri Kärner and Triin Sarapuu in the crew finished with silver medals and YES SIR NO SIR EST646 of Tõnis Haavel with Raul Grigorjev, Henri Roihu, Tobias Reiter and Anu Reiman completed the podium. 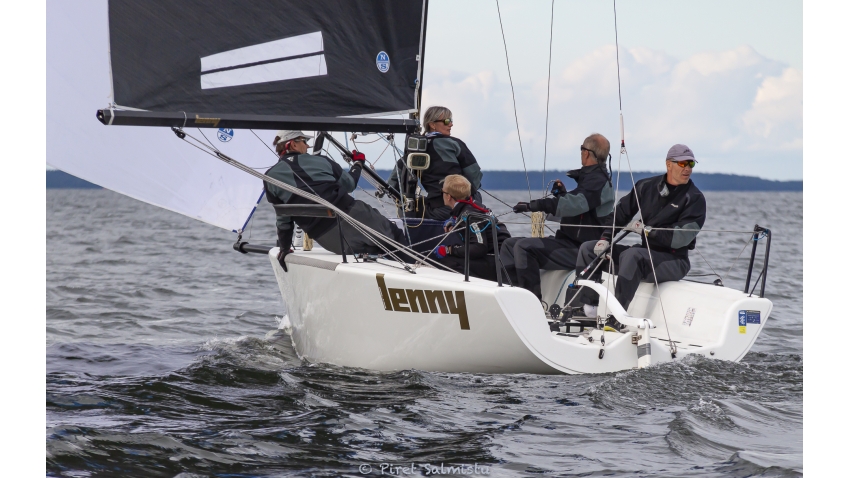 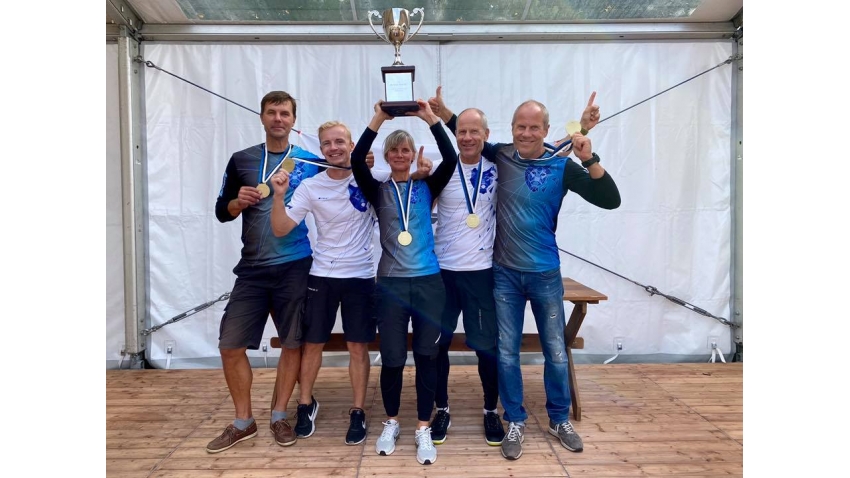 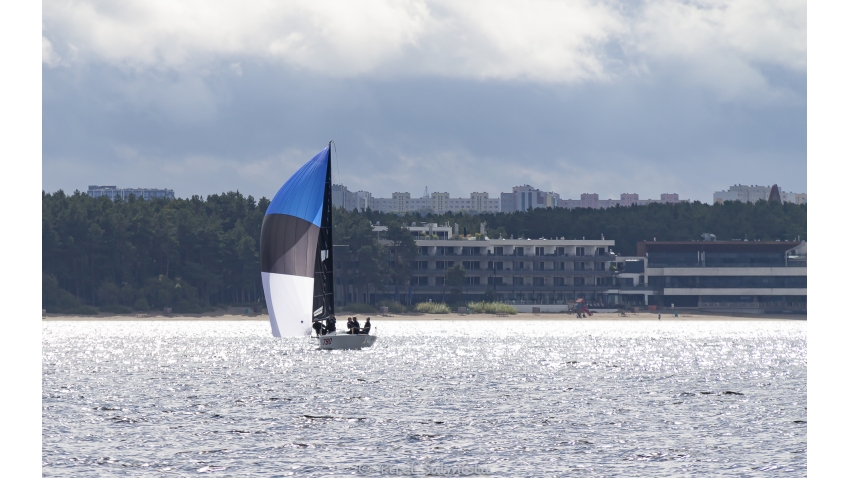 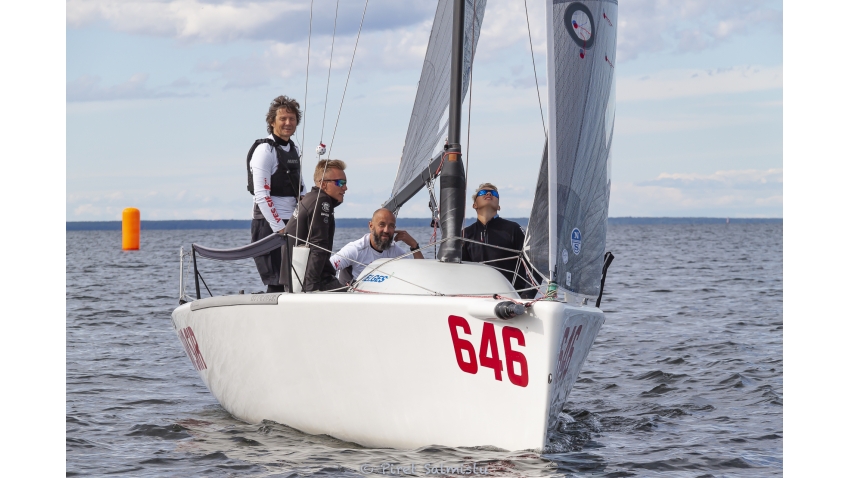 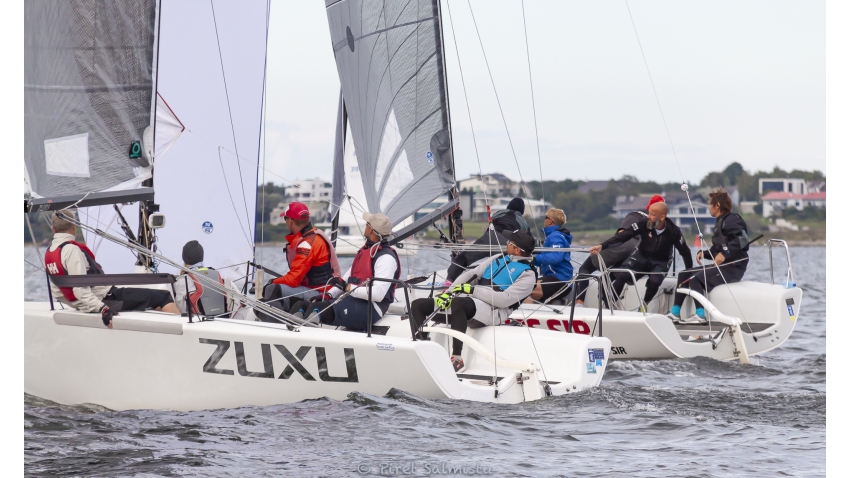 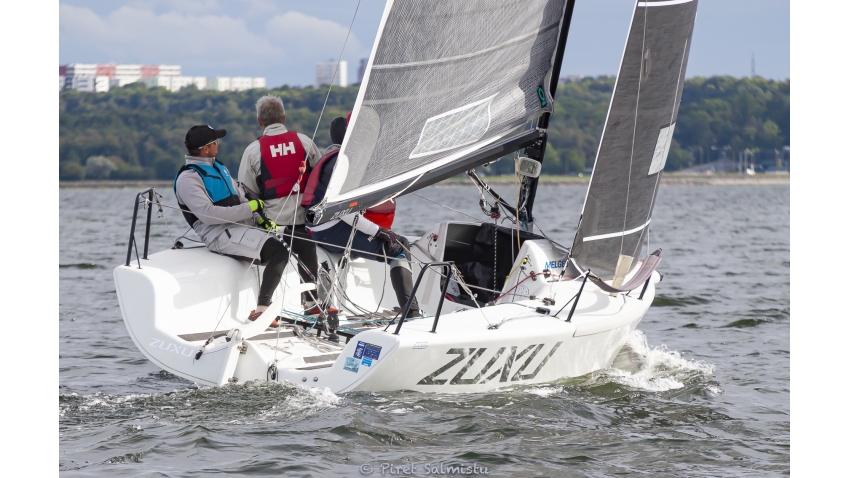 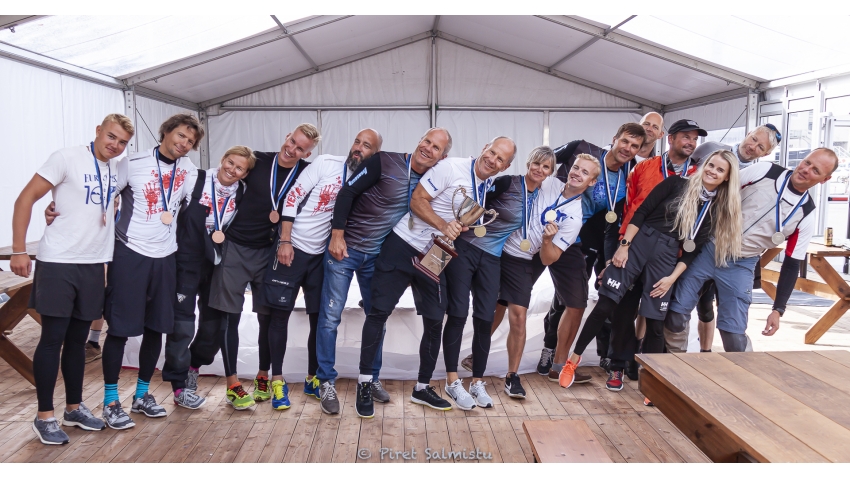