The arrival of the 1,092-foot supercarrier USS Nimitz certainly added to the fun, but as it turned out there was plenty of room both for racing, while still fulfilling the rather strident security requirements of the Nimitz and its flotilla of dark-hulled protectors. 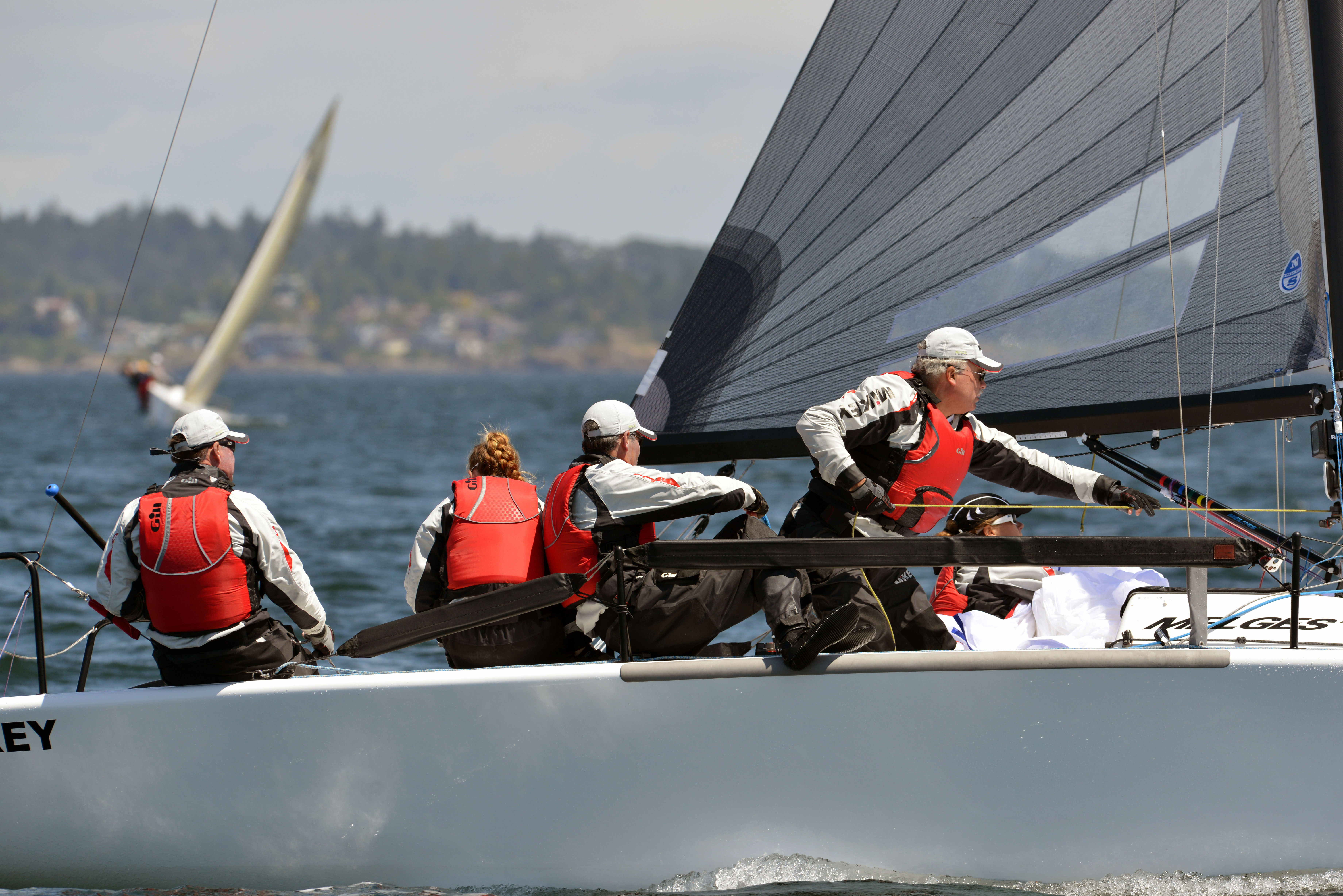 The thirty-boat fleet attracted Canadian and U.S. sailors primarily from the Pacific Northwest area. Kevin Welch's Mikey Black (USA 838) from the Anacortes YC aced the strong wind and tides with a series of seven bullets, was scored nine points in the nine race event. Stig Osterberg's Midsummer (USA401) from the Port Townsend YC was second overall, with 23 points, and an authoritative series of six second place finishes. Dalton Bergan and his team sailed Brio (USA 26) from Seattle YC to third place overall, with 29 points and taking the two bullets that Mikey Black had left unclaimed. (Starboat World Champion Carl Buchan was spotted on Brio). Fourth place was  Matt Pistay and his team on  Mikey Blue (USA 332).  In fifth place was the leading Canadian boat, Area 151 (CAN 151), from Royal Victoria YC, driven by Fraser MacMillan. 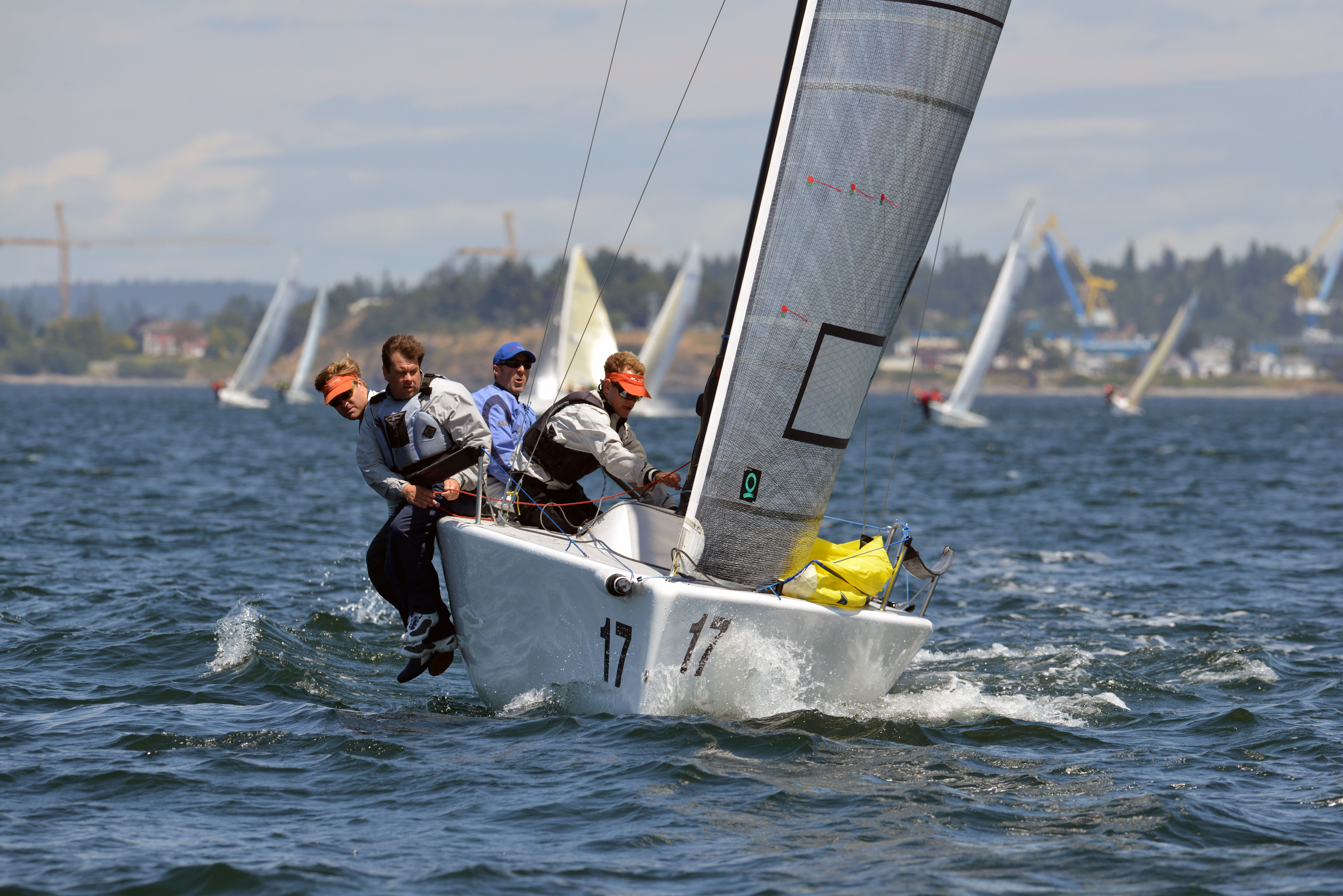 Breeze was in the cards for all three days of the regatta. Day One kicked off in a fresh 20 knot westerly, which built as the afternoon progressed. International Race Officer Paul Ulibarri pulled the plug after two races as he was recording gusts in excess of 30 knots.  Day Two, the fleet emerged from the well-protected CFSA facility in EsquimaltHarbour, for Race Three in lighter winds. But the pressure built as the day progressed, and RC worked valiantly to keep position in the breeze and shifting tides. A total of four races Day Two meant tired, though exhilarated sailors.

The breeze continued into Day Three. This time, the RC moved the fleet further east to Clover Point on the Victoria waterfront, making for spectacular viewing opportunities from shore. Race Seven enjoyed steady 15-18 knots, gusting into the 20's, which when matched with  tail end of  the ebb tide made for lumpy conditions. For Race Eight, the wind remained consistent, while the tide slacked then reversed, and by Race Nine, the final race of the regatta the tide was in full flood. Meanwhile, the wind continued blow, making this Canadian Championships a most memorable event.

The Royal Victoria YC Melges 24 fleet has grown rapidly, and now sports 12 boats on the hard at the club's Cadboro Bay facility. The friendship between RVYC and the Canadian Forces SA meant that visiting racers were able to launch, and stage for the regatta at the RVYC before shifting to CFSA for the wind and big courses on Royal Roads. Will we do it again? You can count on another West Coast Canadian Championships. And while no sane person will promise wind, there are few places in the Pacific Northwest where breeze is more dependable than Royal Roads and the Straits of Juan de Fuca.